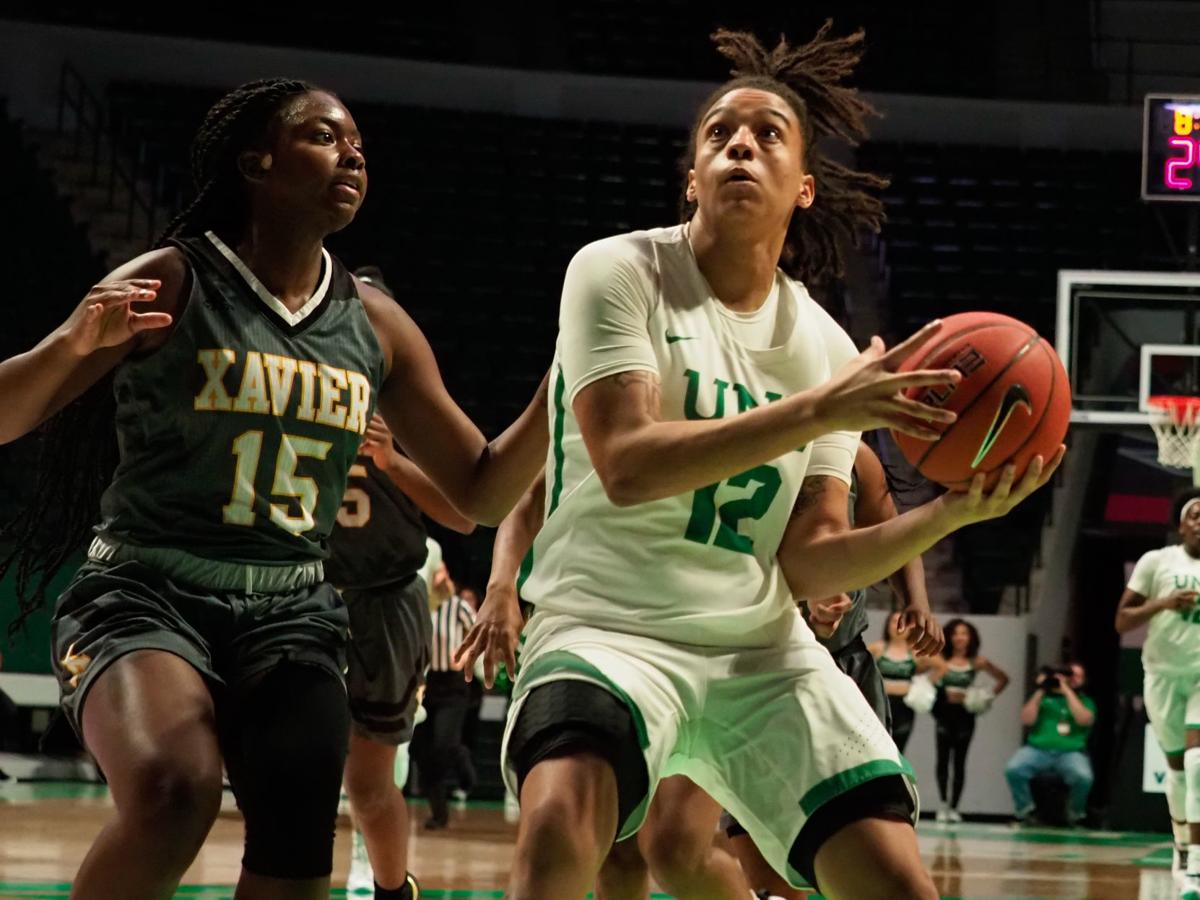 North Texas took a promising step forward earlier this week in a win over Xavier (La.).

The Mean Green played with better pace, got the ball inside and rolled to a 68-31 win.

The question now is if UNT can build on that outing during a challenging road trip that will begin with a game at Cal State Bakersfield on Tuesday.

UNT will face the Roadrunners at 7 p.m. in its first road game of the season.

The Mean Green (2-2) have not won consecutive games this year and will look to break through after their encouraging performance against Xavier. The 31 points UNT allowed tied a program record set earlier this season.

“That is what we have done, is find who we are over the last few days,” Mitchell said following UNT’s win over Xavier. “Our job now is to be consistent and not be a roller coaster so that no matter who we play, we are us and are the best version of ourselves.”

A game against CSU Bakersfield will offer UNT a chance to find that consistency. The Roadrunners (2-3) do not have a win over a Division I opponent this season.

Senior post Anisha George is averaging 14.3 points and 15.0 rebounds per game to lead UNT and is the nation’s leading rebounder.

Sophomore forward Jayden Eggleston and sophomore guard Ashley Austin and averaging 11.4 and 11.2 points per game, respectively, to pace the Roadrunners.

UNT’s game at CSU Bakersfield is its last before heading to the Rainbow Wahine Showdown in Hawaii. The Mean Green will face Hawaii, Texas and North Carolina State on consecutive days beginning Friday.

UNT heads into that stretch with added confidence after its win over Xavier and the practices that led up to the win.

“We didn’t have a choice to but to get out there and get going,” George said of UNT’s game against Xavier. “We did a better job of that. We are still trying to find our identity and be consistent.”