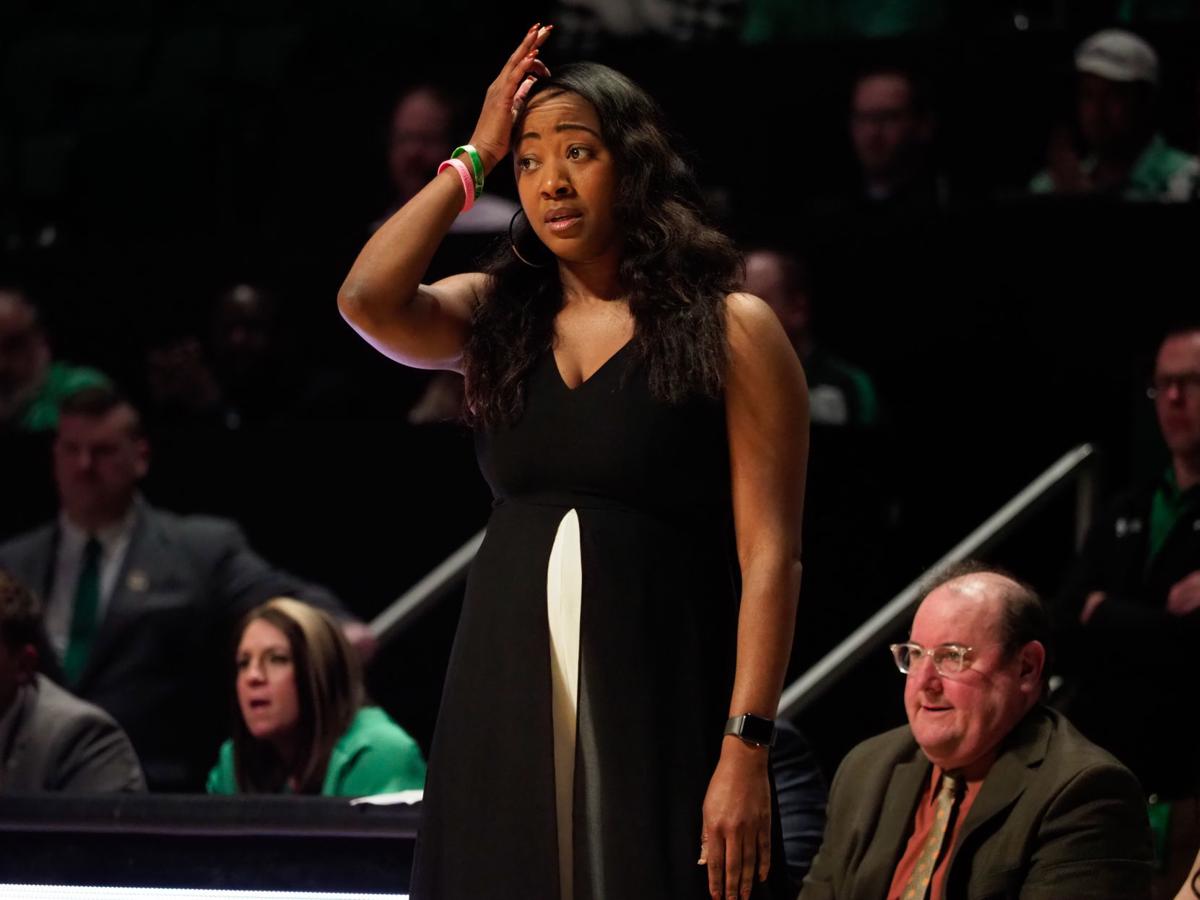 North Texas coach Jalie Mitchell coaches her team from the sideline in a game last season. UNT beat Lafayette on Saturday at the Super Pit.

Playing on the road for the first time this season wasn’t particularly pleasant for North Texas.

UNT fell to Cal State Bakersfield on Tuesday to open an extended road trip that will continue this weekend at yet another destination stop. Jalie Mitchell is taking her team to Hawaii for the Rainbow Wahine Showdown.

The Mean Green will play three games in three days in the event beginning with a 9 p.m. showdown with Hawaii. The road won’t get any easier from there for UNT, which will face Texas on Saturday and North Carolina State on Sunday.

The Mean Green (2-3) head into the tournament having alternated wins and losses in their first five games of the season. The roller coaster ride of a campaign continued in UNT’s 61-52 loss to CSU Bakersfield.

UNT has struggled offensively early in the season and managed just 49 points in a loss to UT-Arlington earlier this month. The Mean Green have barely cracked the 100-point mark in its last two losses combined.

“We know we’re a team that has struggled when we haven’t shot it well,” Mitchell said following her team’s loss to CSU Bakersfield. “That’s constantly something we’re trying to get past.”

Freshman forward Destinee McDowell made her first start against the Roadrunners and responded by posting a double-double with 10 points and 12 rebounds.

Senior post Anisha George is averaging 13.6 points and 13.0 rebounds per game to lead the Mean Green.

UNT will then take on a Texas team with several ties following its game against Hawaii. The Longhorns are coached by Karen Aston, who spent one season as UNT’s coach in 2011-12.

Angela Ortega and Kelby Jones are both members of Texas support staff and were longtime assistants at UNT.