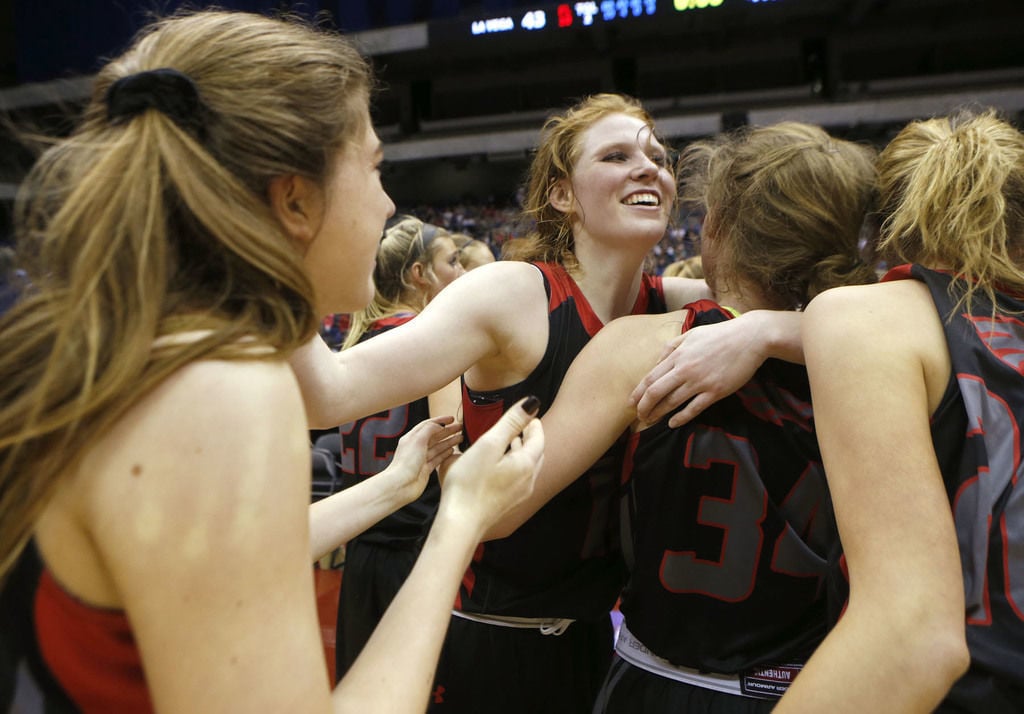 Argyle’s Vivian Gray, center, celebrates with her teammates as they win over Waco La Vega during the UIL Girls Basketball 4A State Championship at the Alamodome in San Antonio on March 5, 2016. 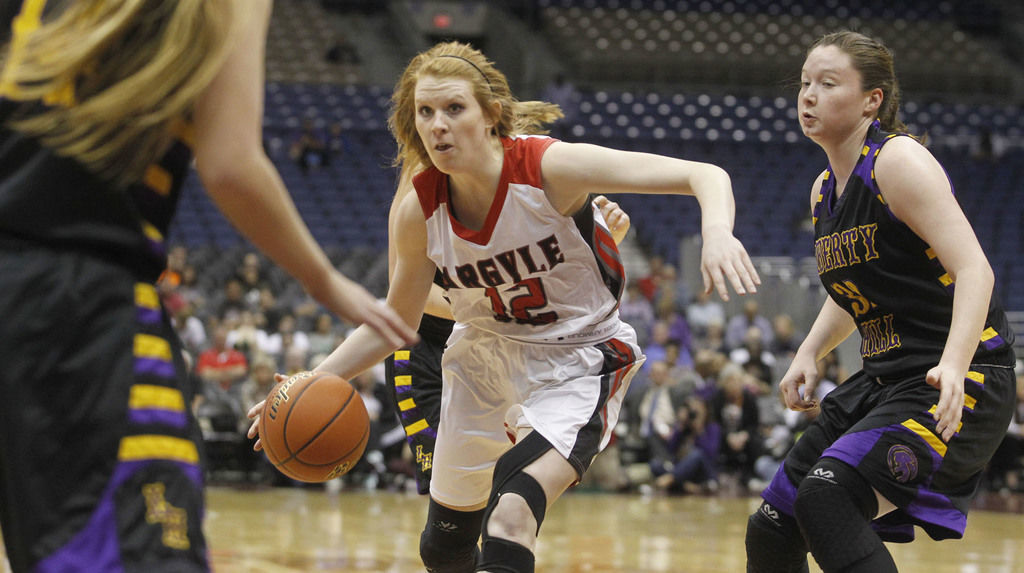 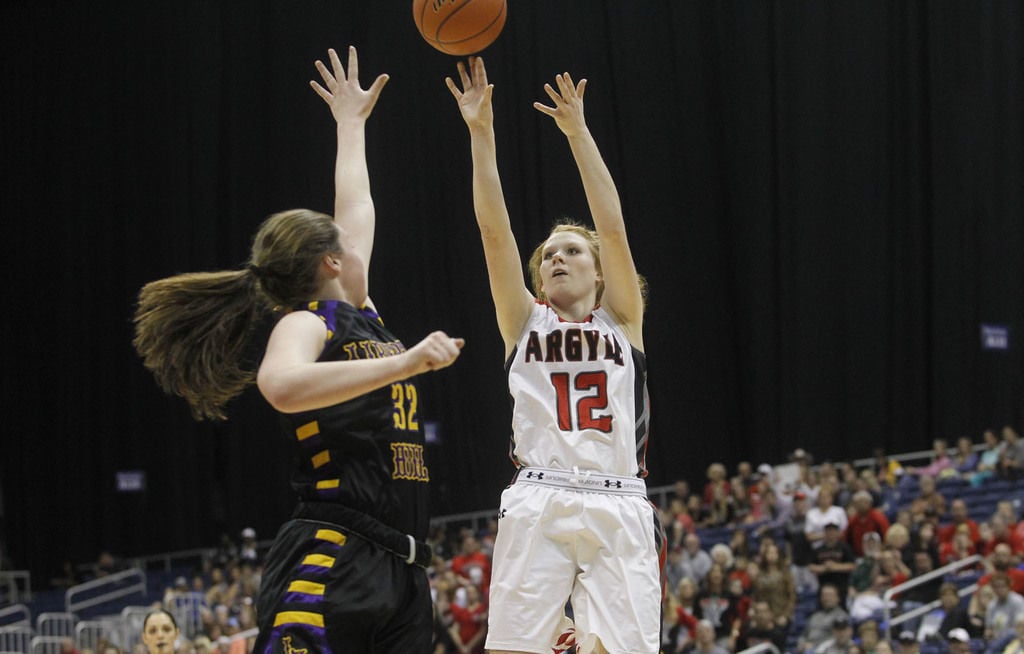 Oklahoma State junior Vivian Gray, who during her high school career led Argyle to three straight Class 4A state titles between 2015 and 2017, has earned honorable mention recognition for the second year in a row with Thursday’s announcement of the 2020 Women’s AP All-America Team.

Gray is the seventh player in program history to be honored by the AP, per okstate.com. She was one of five honorees from the Big 12, including first-teamer and Baylor star Lauren Cox. Cox spent her high school career at nearby Flower Mound.

Gray, a 6-1 forward who originally signed with Fort Lewis College straight out of high school before transferring to OSU, was also named one of 10 finalists for the Cheryl Miller Award and is a member of the Naismith Award Watch List and the Wade Trophy Midseason Watch List. All of these accolades and others highlight a stellar season in which Gray finished second in the Big 12 with 19.3 points per game. Her scoring average rated 22nd nationally.

While at Argyle, Gray scored 2,893 points and led the Lady Eagles to a 143-10 record and four straight tournament appearances, winning three of them. As a senior, she averaged 22.6 points, 8.8 rebounds, 3.6 assists and 2.2 steals.