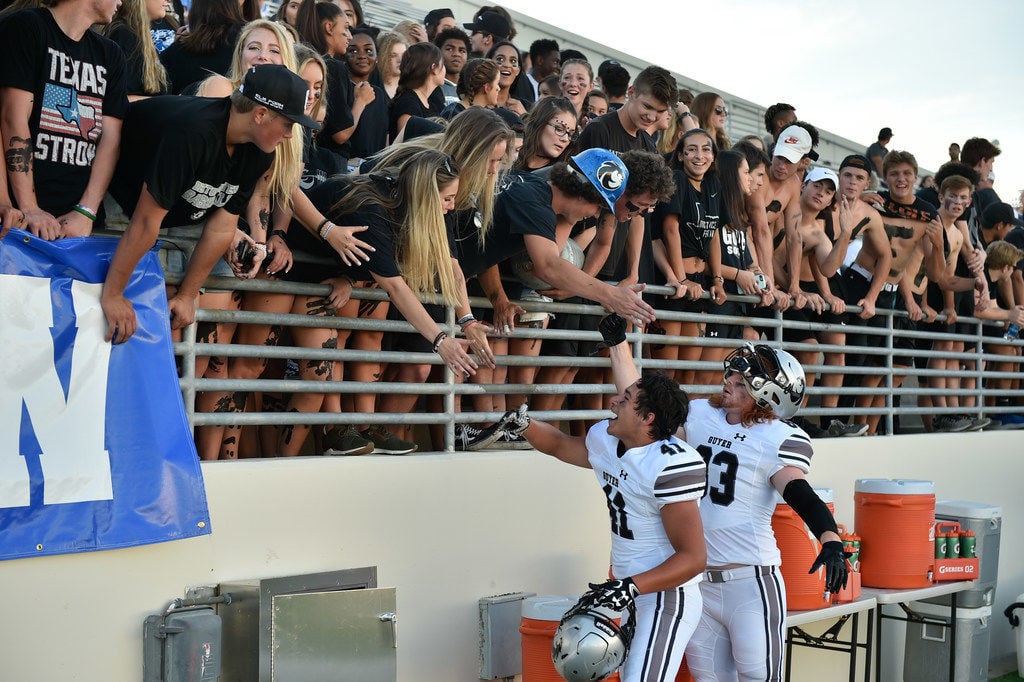 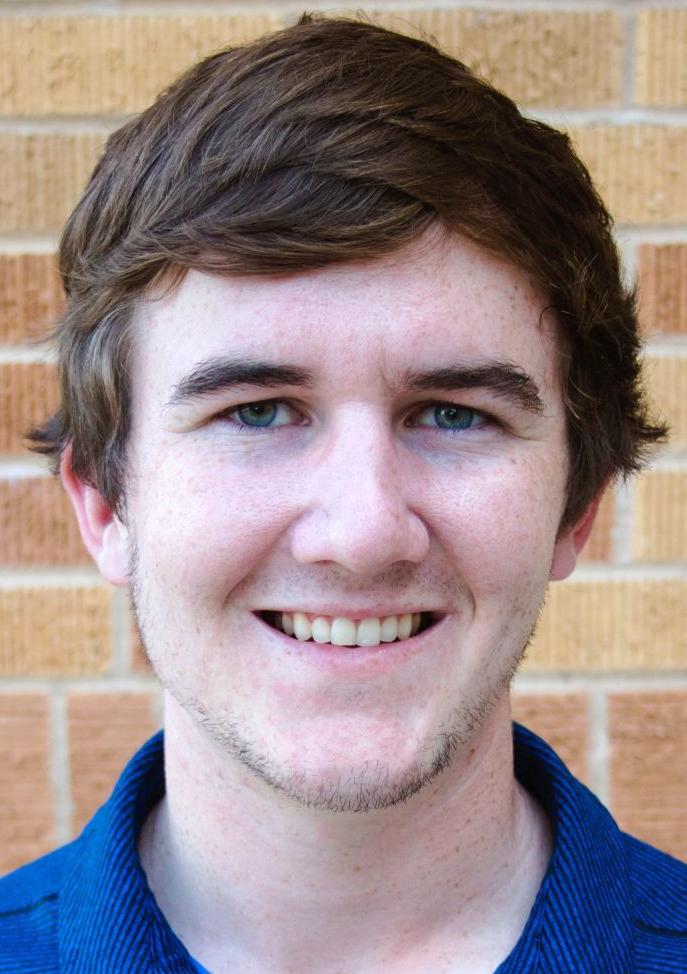 With the first week of high school football games in the books, it’s sometimes easy to jump to conclusions. A win or a loss in the opening game of the year can do wonders when it comes to fostering excitement — or disappointment — for the rest of the season.

But it’s important to remember — it’s just one game. For many teams in the Denton Record-Chronicle’s coverage area, Friday night’s performance justified preseason hype. Argyle got its revenge against Stephenville and put up 45 points with Bo Hogeboom making his first start at quarterback. Ryan’s defense was as dominant as expected, holding Mesquite Poteet to just seven points before a long touchdown pass with just over a minute left in the game. Lake Dallas quarterback Ryan Depperschmidt and the Falcons’ passing game were explosive as well, leading the team to a 46-point outburst against Denton.

Other teams, like Aubrey and Pilot Point, impressed in their first game of the year. The Chaparrals controlled Van Alstyne in the second half while the Bearcats dominated Bridgeport from the opening kickoff.

For Guyer, there’s no shying away from the disappointment brought on by the team’s performance against Aledo.

The Wildcats were missing two of their top players in Kaedric Cobbs and Grant Mahon but were shut out for the first time since 2006 in a 40-0 defeat.

Whether your team lived up to the hype, looked impressive or fell short of expectations, it’s important to remember there are nine games left in the regular season, and Week 1 won’t mean much of anything when the playoffs roll around in November.

With that in mind, let’s take a look back at some of the first week’s action across the Denton-area high school football landscape.

My colleague Steve Gamel spent a good part of August raving about the impact Ryan’s Tra Smith was going to make as a junior this season. Smith didn’t waste any time proving that will be the case as the free safety led the team with nine tackles and provided one of the biggest swings of momentum by blocking a Mesquite Poteet field goal and returning it 67 yards for a touchdown to give Ryan a lead it never relinquished at 14-7.

The Raiders’ defense as a whole was stingy as expected, holding Poteet to fewer than 200 yards of total offense and just 32 yards rushing on 34 carries after accounting for sacks. Seth McGowan, a four-star recruit regarded as one of the top running back prospects in Texas, had just 59 yards on 18 carries.

There were some growing pains offensively in the team’s first game without all-world quarterback Spencer Sanders. But if the defense continues to dominate at this level, the Raiders will have plenty of time to work out the kinks before district play gets started.

A win is a win, but it’s hard to imagine any team feeling better about their first victory than Argyle. The Eagles didn’t look perfect and made some mistakes along the way but still managed to avenge a heartbreaking loss to Stephenville in the third round of the playoffs last year.

Junior quarterback Bo Hogeboom had a polarizing start as his first three passes were an interception, an 80-yard touchdown to Adam Schleder and a second interception. He settled down from there, though, finishing 16 of 24 for 302 yards and three scores. The receiving corps put to rest any concerns about experience at the position as Dillon Carter (105 yards), Schleder (99 yards) and Alex Gonzales (66 yards) caught a touchdown apiece and made big plays when the Eagles needed them.

While Argyle was able to walk away with a win, the Eagles did turn the ball over four times — that will be a point of emphasis entering another big matchup this Friday night against Waco La Vega.

The Falcons offense was expected to be one of the top units in the area, and Ryan Depperschmidt and Co. lived up to the hype in Week 1 against Denton. Depperschmidt completed 15 of 20 passes for 228 yards and a touchdown and added 18 carries for 63 yards and three touchdowns on the ground.

Denton was missing one of its top secondary players in senior Elijah Thibodeaux but the biggest problem for Billy Miller’s squad was turnovers, as Denton fumbled twice inside its own 10-yard line in the first half. Lake Dallas was opportunistic, and eventually avenged two consecutive losses to the Broncos to get started on the right foot.

The Wildcats have struggled early in season openers over the last few years but typically manage to get things figured out after a quarter or two. Friday night was a different animal though — Aledo made a statement by shutting out the Guyer offense for the first time since 2006.

Just about everything that could go wrong did go wrong for the Wildcats — the team rushed for fewer than 200 yards for just the fourth time in its last 38 games and finished with just 111 yards on the ground. Part of that was a dominant showing from TCU commit Colt Ellison and the Aledo defense, but the inexperienced Guyer offensive line also struggled as the team rolled out five new starters for the first time.

The absence of Kaedric Cobbs (knee injury) was tough on the offense and he’ll likely be out for at least another week. One of the few immediate positives in the loss was that aside from a 32 and 25-yard rush, the Wildcats held Oklahoma commit Jase McClellan to just 45 yards on 14 carries.

Guyer will have to turn things around quickly as Cedar Hill, the team’s Week 2 opponent, beat Tyler John Tyler 57-7.

The Bengals struck first on the scoreboard Friday night, recording the program’s first touchdown in a season opener, but failed to get much going after that in a loss to Red Oak. The team gave up a costly kickoff return for a touchdown to open the second half and a 44-yard TD run early in the third quarter before holding Red Oak in check offensively.

Greyson Thompson finished 8-for-21 for 107 yards and a touchdown while Jeremiah Richardson had 17 carries for 67 yards. The Bengals will need the defense to continue the strong effort it had late in Friday’s game as their Week 2 opponent, Burleson, scored 52 points in a season-opening win against Kansas City Schlagle.

Aubrey was a tough team to judge entering the season, mainly because of how new its starting lineup is to the varsity level. The Chaparrals returned just five starters from last year and still, somehow, looked like one of the more well-seasoned teams in the area with a huge second-half performance.

The Chaparrals outscored Van Alstyne 21-7 in the second half to pull away for the win and will get another shot at a Class 3A power this week in Whitesboro, which defeated Anna 41-21 to open the season

We knew the Pilot Point offense was going to look more polished in Year 2 under Danny David but quarterback Jacob Pitts raised those expectations a bit higher after his performance Friday night. Pitts accounted for all five Pilot Point touchdowns as the Bearcats trounced Bridgeport 35-7. With Pilot Point’s Week 2 opponent Krum losing to Plano John Paul II 41-0, the Bearcats have a good shot at opening the season 2-0 for the first time since 2015.

Below are the Denton Record-Chronicle's high school football Game Changers for Week 1:

Nobody jumped off the stat sheet like Pitts did Friday night as the junior completed 79 percent of his passes for 240 yards and four touchdowns while adding 12 carries, 80 yards and a touchdown on the ground.

Petter set Argyle’s single-season sack record with 15 last year and though it’s early, he’s well on his way to surpassing that mark this season. The senior had 12 tackles, five tackles for loss and five sacks in the Eagles’ 45-35 win over Argyle, including three in the first half.

Depperschmidt looked crisp to kick off his senior year, accounting for four touchdowns and 291 yards of offense. He was the team’s leading rusher with 63 yards on the ground and also completed 75 percent of his passes.

Washington is one of the fastest players in the area and coach Steven Greek took advantage of that Friday night as he had 27 touches (16 carries, 11 receptions) for 214 yards and four touchdowns.

Helzer helped engineer an impressive comeback effort for Calvary as the Lions trailed 18-0 in the first quarter before storming back for a 47-30 victory. Helzer had 24 carries for 230 yards and three touchdowns and was 2-for-2 passing for 50 yards and two touchdowns.

Dorsey was the area’s leading rusher Friday night as he tallied 189 yards on 23 carries for the Chaparrals, giving coach Keith Ivy a reliable option right out of the gate in a backfield with a lot of new faces.

Smith led the Raiders defense with nine tackles, a blocked punt and a blocked field goal he returned 67 yards for a touchdown. He’ll continue to be used throughout the offense, defense and special teams’ units moving forward as one of the team’s most dynamic weapons.

Send your nominations for the Denton Record Chronicle's Game Changers of the Week to Brady Keane via email at BKeane@Dentonrc.com or via Twitter @BradyKeane.