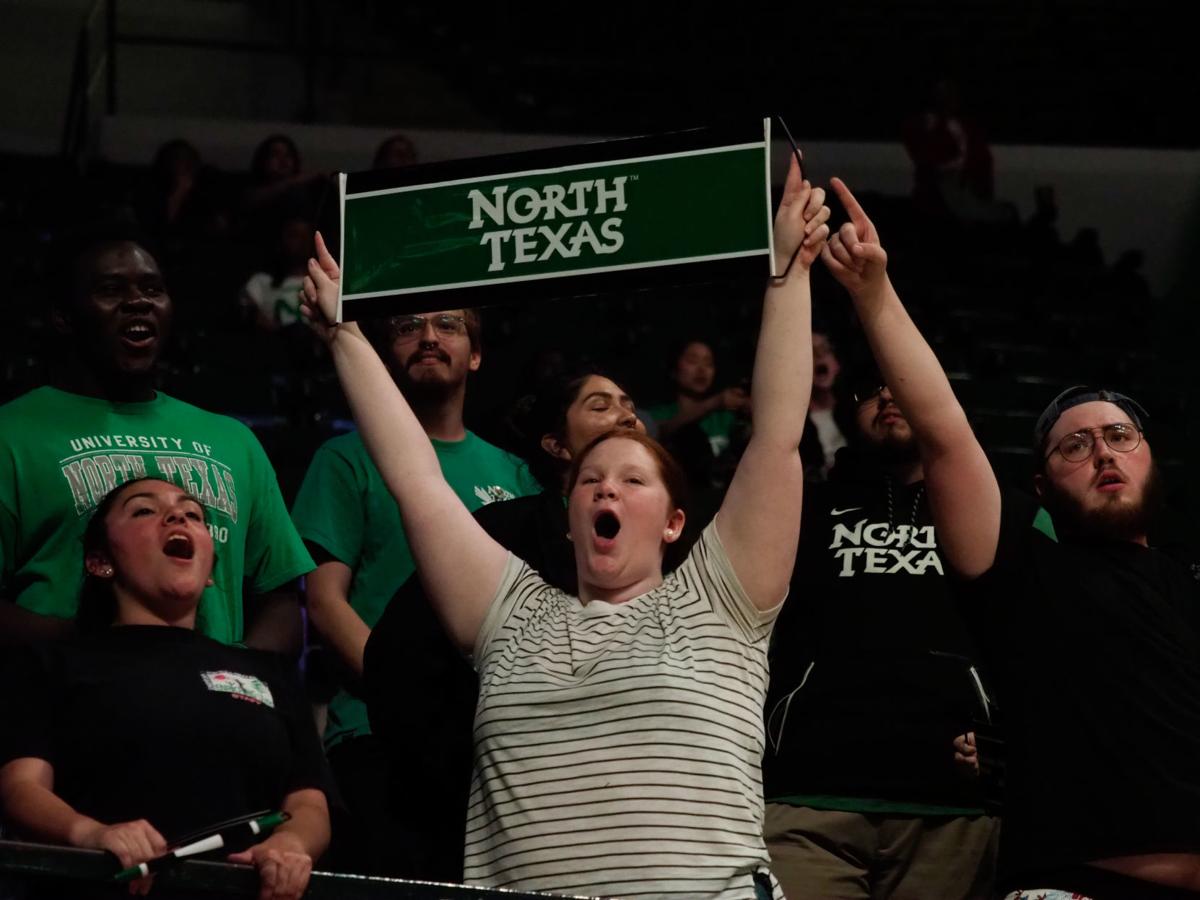 North Texas will take on UTSA in the opening round of the Conference USA volleyball tournament on Friday in Houston.

Valerie Valerian certainly could have kicked it into cruise control following her sophomore season at North Texas.

The Mean Green’s star outside hitter earned first-team All-Conference USA honors and became the first player in program history to play for the U.S. National team when she was named to the United States Collegiate National Team.

Valerian wasn’t satisfied, though. It’s not in her makeup, or that of Andrew Palileo, the coach who has pushed and prodded her while carving out a significant legacy of his own.

“Pali has never let me settle and has helped me find new ways to elevate my game,” Valerian said. “I appreciate that. He has helped me continue to get better and inspires me.”

Those traits helped make Palileo build one of UNT’s most consistent programs on his way to becoming the school’s all-time winningest volleyball coach. He’s stacked up a 136-88 record and two straight trips to the National Invitational Volleyball Championship.

UNT is the No. 3 seed in the eight-team event and will take on No. 6 seed UTSA at 7 p.m. on Friday. Rice is hosting the tournament that will culminate with Sunday’s conference title match.

“It’s been great here,” Palileo said. “The administration has given us the tools and resources to have success. Now we just have to add to that success by going to the NCAA tournament.”

Palileo believes UNT is getting closer to that goal while playing in an improving league. C-USA has two teams ranked in the top 25 in Western Kentucky and Rice.

WKU enters the C-USA tournament as the top seed, while Rice is seeded second.

UNT is hoping to make a run in the event while overcoming a series of injuries and illnesses that have left the Mean Green shorthanded.

UNT will be without middle blocker Sarah Haeussler, who is out with a shoulder injury. Setter Kaliegh Skopal is dealing with Guillain-Barré syndrome, a disorder in which the immune system attacks the body’s nervous system.

Outside hitter Barbara Teakell and defensive specialist Jordan Burks are both dealing with concussions.

“We are going in with a few players missing, but that’s no excuse,” middle blocker Miranda Youmans said. “We’re all on the same page and are excited to see what we can do.”

UNT has won a match in the C-USA tournament in each of the last two seasons and has won at least 19 matches in four of the last five years. The Mean Green will need to go on an extended run in the conference tournament to keep that streak alive.

UNT is confident it can reach that goal due to both the success it has enjoyed in the tournament the last two seasons and the top players it still has available.

Valerian and fellow outside hitter Rhett Robinson were both named to the All-C-USA first team this week. Freshman middle blocker Alysha Johnson was an All-Freshman Team selection. Skopal was a second-team pick.

“It gives us confidence to have won games in the conference tournament,” Valerian said. “We have had injuries here and there. We will fall back on what we do best and our culture.”

Palileo helped build that culture as well as a program that is a consistent winner. He broke the previous program record for coaching wins of 133 set by Cassie Headrick earlier this month.

The challenge for UNT now is taking that next step as a program and earning an NCAA tournament bid. Palileo is in his seventh season at UNT. This is the longest he has been at a school without playing in the NCAA tournament.

“We’re getting there,” Palileo said of his program’s development. “We’re ready to take this team to the NCAA tournament.”

Taking that next step will be tough with so many key players dealing with injuries and illnesses. UNT believes it can break through, largely because of the foundation Palileo has built on his way to becoming the Mean Green’s career wins leader.

“Pali is not afraid to apply his knowledge,” Valerian said. “He’s always trying new things to elevate our game. His understanding of the game is amazing.”