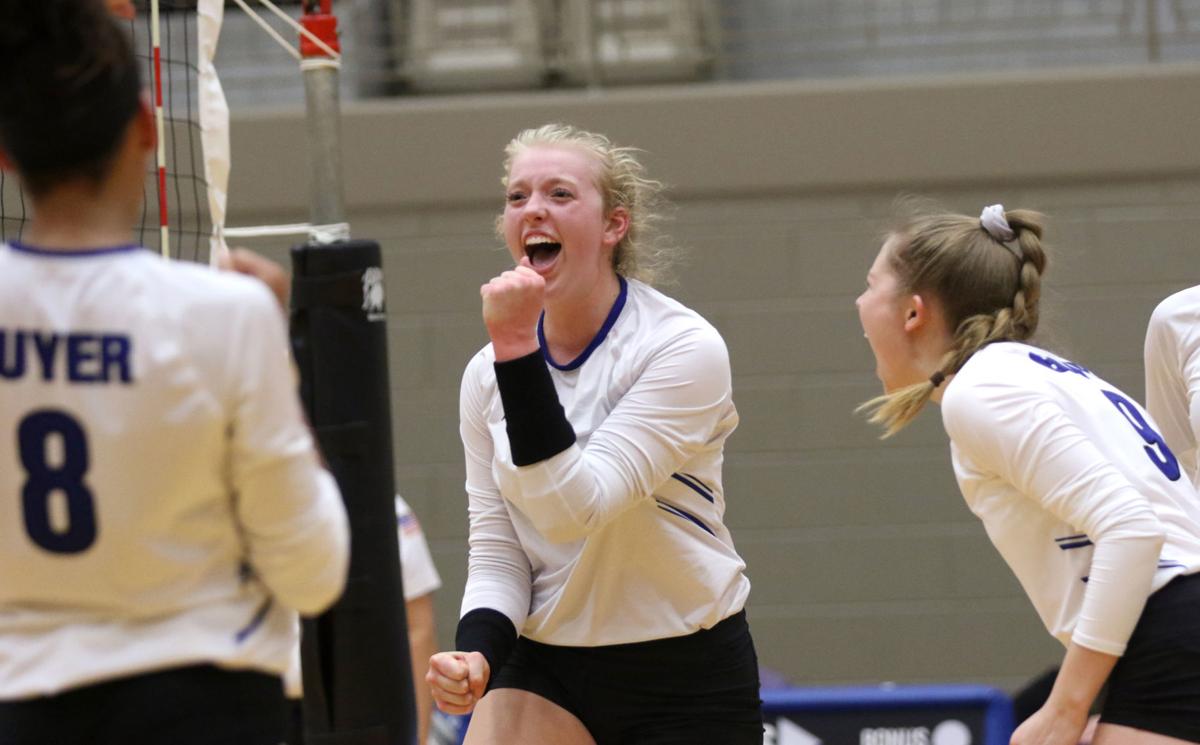 Guyer’s Brooke Slusser (4) celebrates after taking the lead in the second set during the Class 6A Region I semifinal against Arlington Martin at the W.G. Thomas Coliseum in Haltom City, on Friday, November 15, 2019. 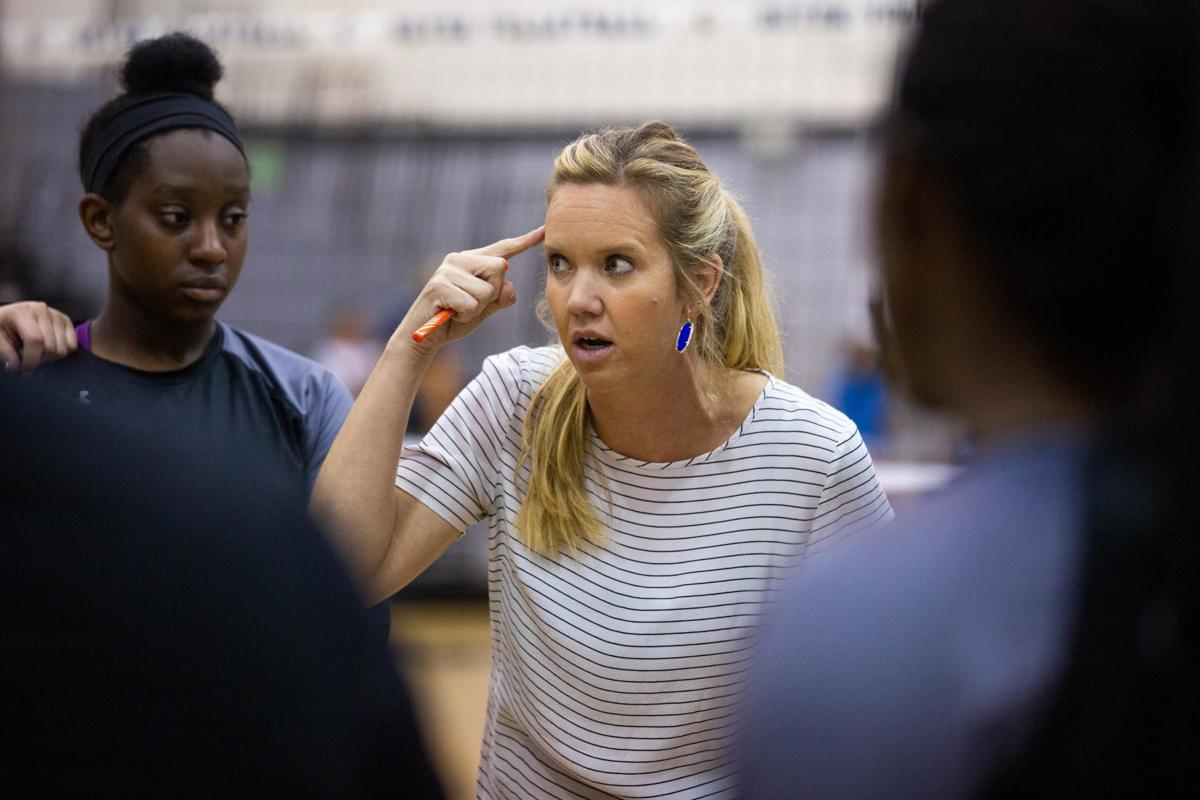 Head coach Heather Van Noy emphasizes watching the opponent’s eyes to predict a play as she leads a huddle going into the second set against Aledo on Aug. 13, 2019 at Guyer.

After leading Guyer to one of its most successful seasons in program history, junior Brooke Slusser and head coach Heather Van Noy were named to the Texas Girls Coaches Association 5A-6A all-star team on Wednesday.

Slusser was tabbed to the 5A-6A red team and is one of only 24 juniors in the state to make the team. Van Noy will serve as an assistant coach on the blue team.

“I am so thrilled and humbled that my peers chose me to coach these phenomenal athletes this summer,” Van Noy said. “It is an incredible opportunity for both me and Brooke, and it truly is an honor to represent Guyer volleyball this way.”

Van Noy and Slusser guided the Lady Wildcats to a 35-9 overall record this fall, matching the school record for most wins in a season. Guyer advanced to its first region final in school history before bowing out to eventual Class 6A champion Trophy Club Nelson.

Slusser was named District 5-6A Hitter of the Year and averaged a triple-double. The Alabama commit averaged 20.3 assists, 13 digs and 11.5 kills per game.

“I think this just shows that Brooke is making her mark not just in Dallas-Fort Worth, but in all of Texas,” Van Noy said. “I am excited that other coaches are recognizing how special she is now, too.”