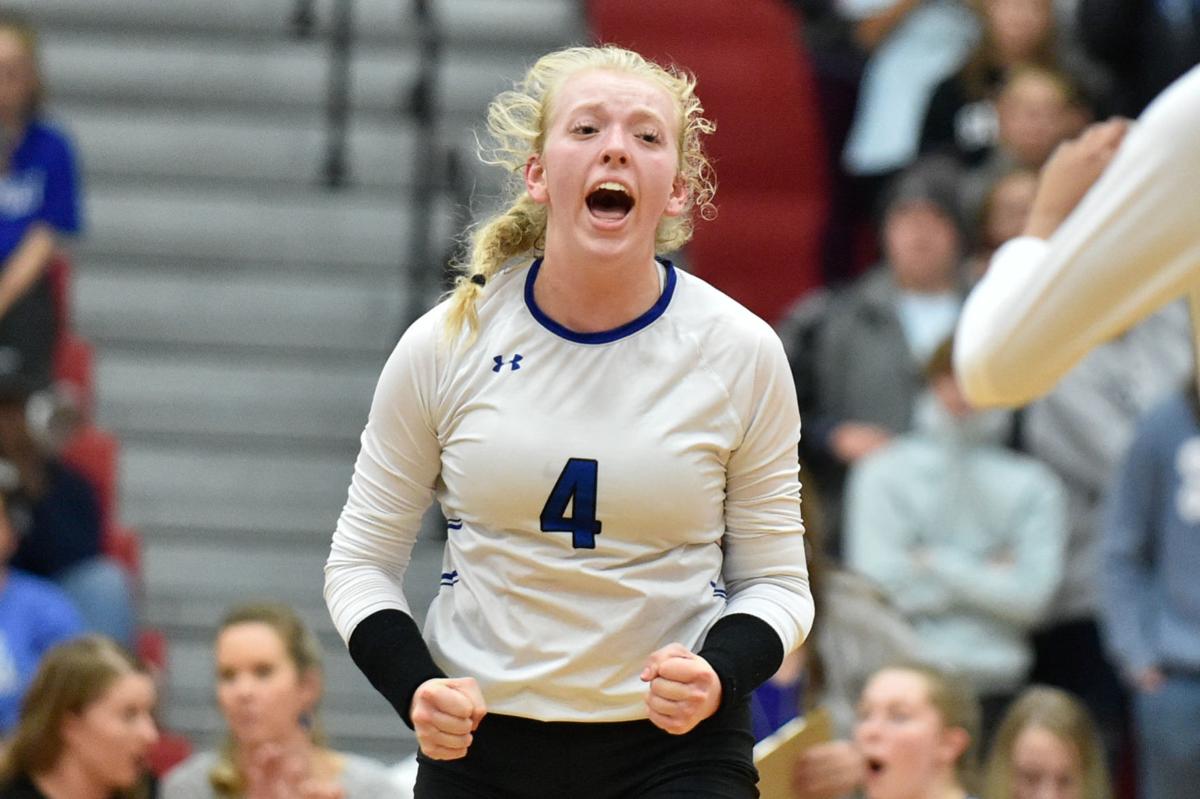 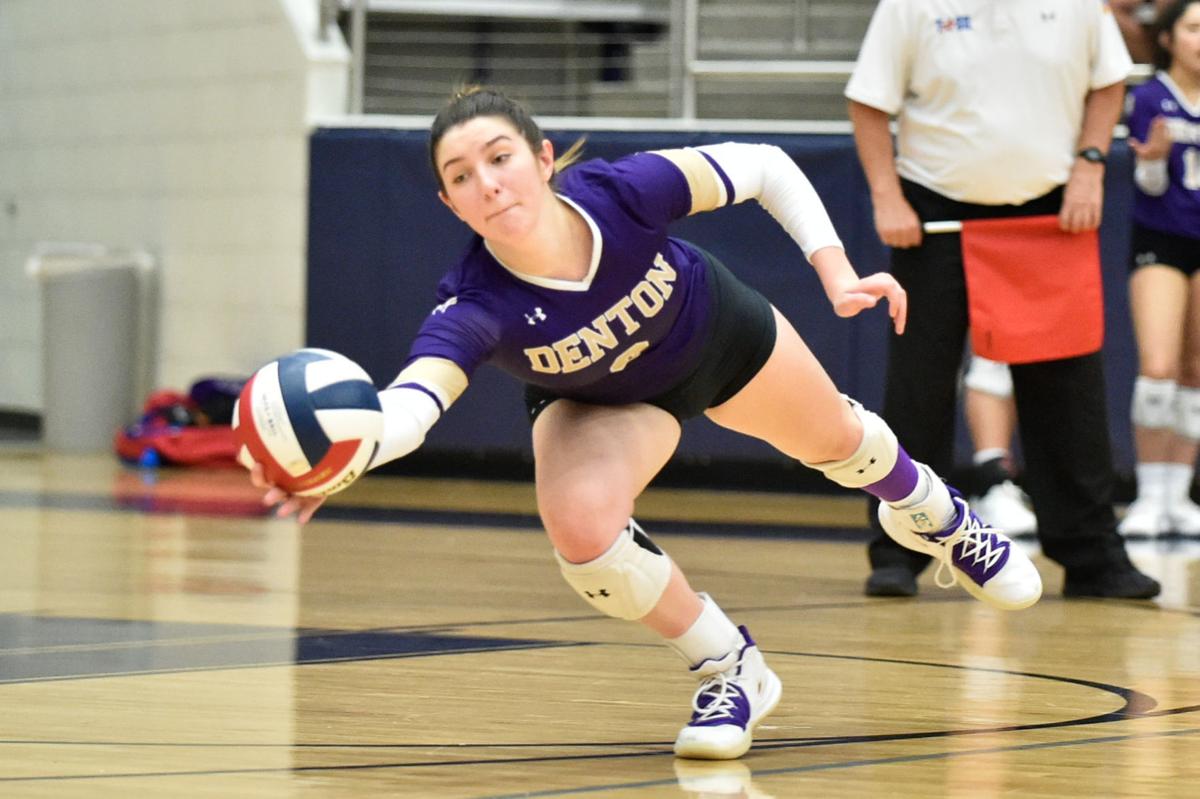 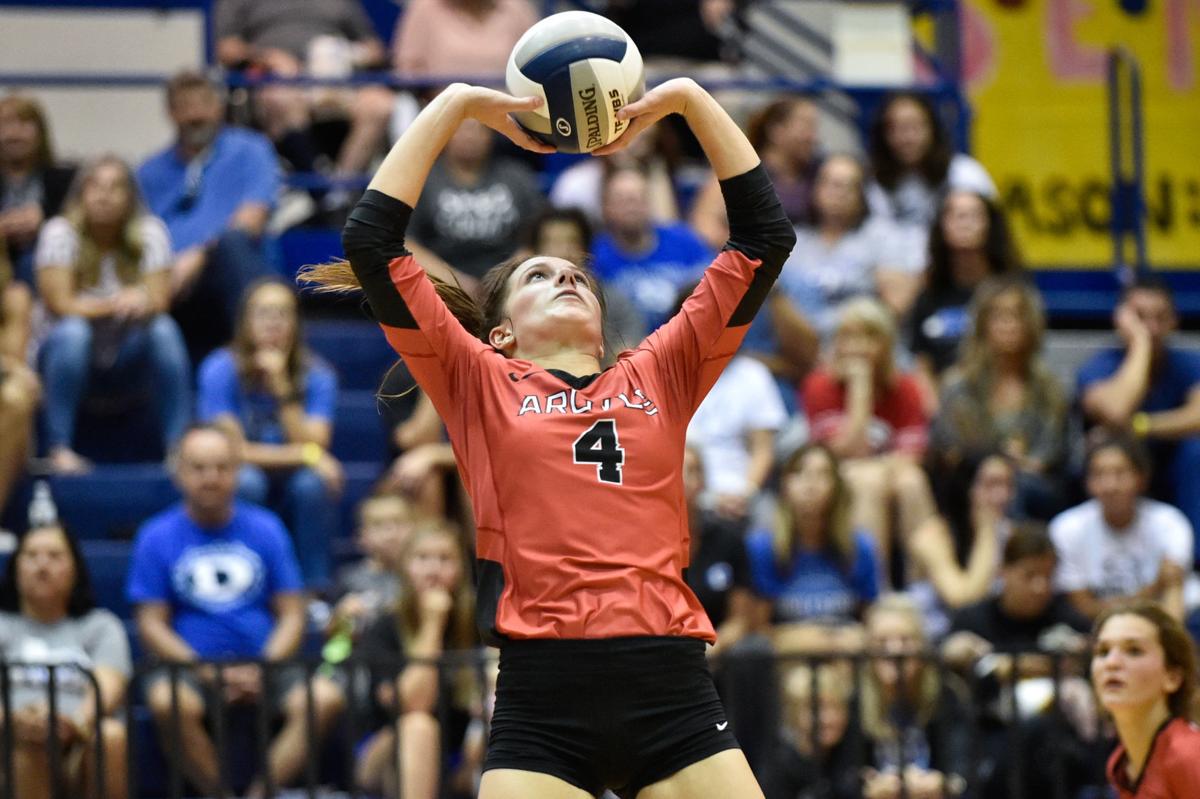 Argyle’s Kassidy Reeves (4) sets the ball up for a teammate, while Decatur plays defense at Decatur High School, Tuesday, October 1, 2019, in Decatur, Texas. 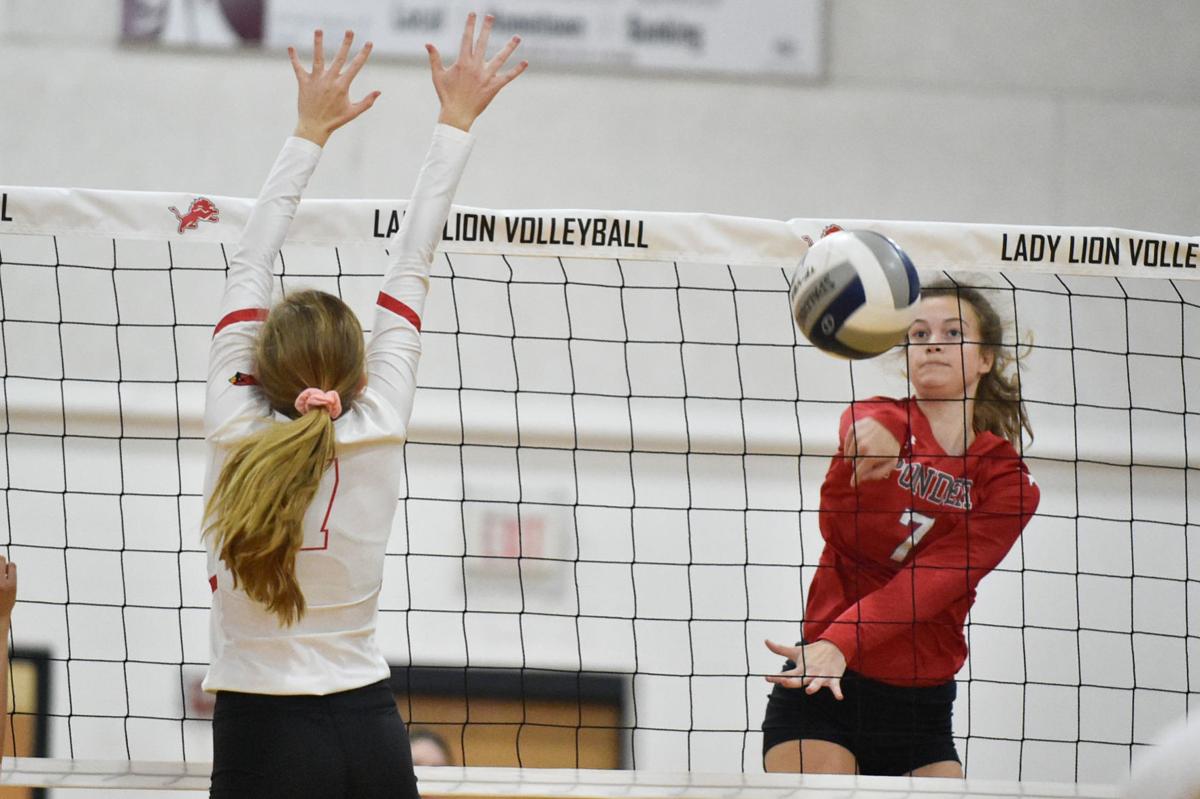 It was a historic season for several Denton-area volleyball teams.

As a result, 19 area athletes were honored with superlative awards on their respective all-district teams.

Guyer’s Brooke Slusser was named Hitter of the Year in District 5-6A, leading the Lady Wildcats to a 35-9 record. Slusser put down 471 kills while dishing out 891 assists.

The junior has also already surpassed 1,000 career kills and digs.

Also in 8-5A, Denton’s Maria Martin and Ryan’s Nicole Schroeder were named Co-Defensive Specialists of the Year. Lake Dallas’ Ruthie Forson was named Setter of the Year after eclipsing 1,000 career assists. Braswell’s Tytiana Johnson earned Blocker of the Year honors.

Denton’s Cassie Headrick was named 8-5A Coach of the Year, guiding the Lady Broncos to a 36-10 record.

Argyle had several players earn superlative awards after going undefeated in District 8-4A en route to the league title.

Allie Jones was named Co-MVP, leading the Lady Eagles in kills with 359. Mariah Hesselgesser was the Blocker of the Year, while Kassidy Reeves was tabbed Setter of the Year. Both Hesselgesser and Reeves are committed to Arkansas State.

Argyle’s Jada Price earned Libero of the Year honors after a stellar sophomore campaign, and Megan DeGroot was named 8-4A Coach of the Year.

DeGroot led the Lady Eagles to a 35-6 record that culminated in an appearance in the region semifinal.

Also in 8-4A, Krum’s Reese Robinson was the Blocker of the Year. Robinson helped the Lady Bobcats reach the regional final for the first time since 2017. Krum’s Payton Lucas was named Co-Hitter of the Year.

Sanger’s Mya Afflerbauch was the District 11-4A Blocker of the Year, as the Lady Indians reached the third round of the playoffs for the third straight year.

Aubrey’s Laney Roos was the Libero of the Year in 11-4A, while teammate Syndey Garrison was the Newcomer of the Year.

And in Ponder, after winning a share of their district title, the Lady Lions had three players take home District 9-3A individual superlatives.

Harper Mulker was named Offensive Player of the Year, Kylee Anderson earned Libero of the Year honors and Gracie Perryman was the Newcomer of the Year.

Ponder coach Stormi Snider was the 9-3A Coach of the Year, as the Lady Lions ended the season 32-15 overall with bi-district and area titles.

Utility Player of the Year: Jayda Coleman, The Colony

Newcomer of the Year: Kacie Rangel, The Colony

Coaching Staff of the Year: Celina

Coaching Staffs of the Year: Gunter and Ponder