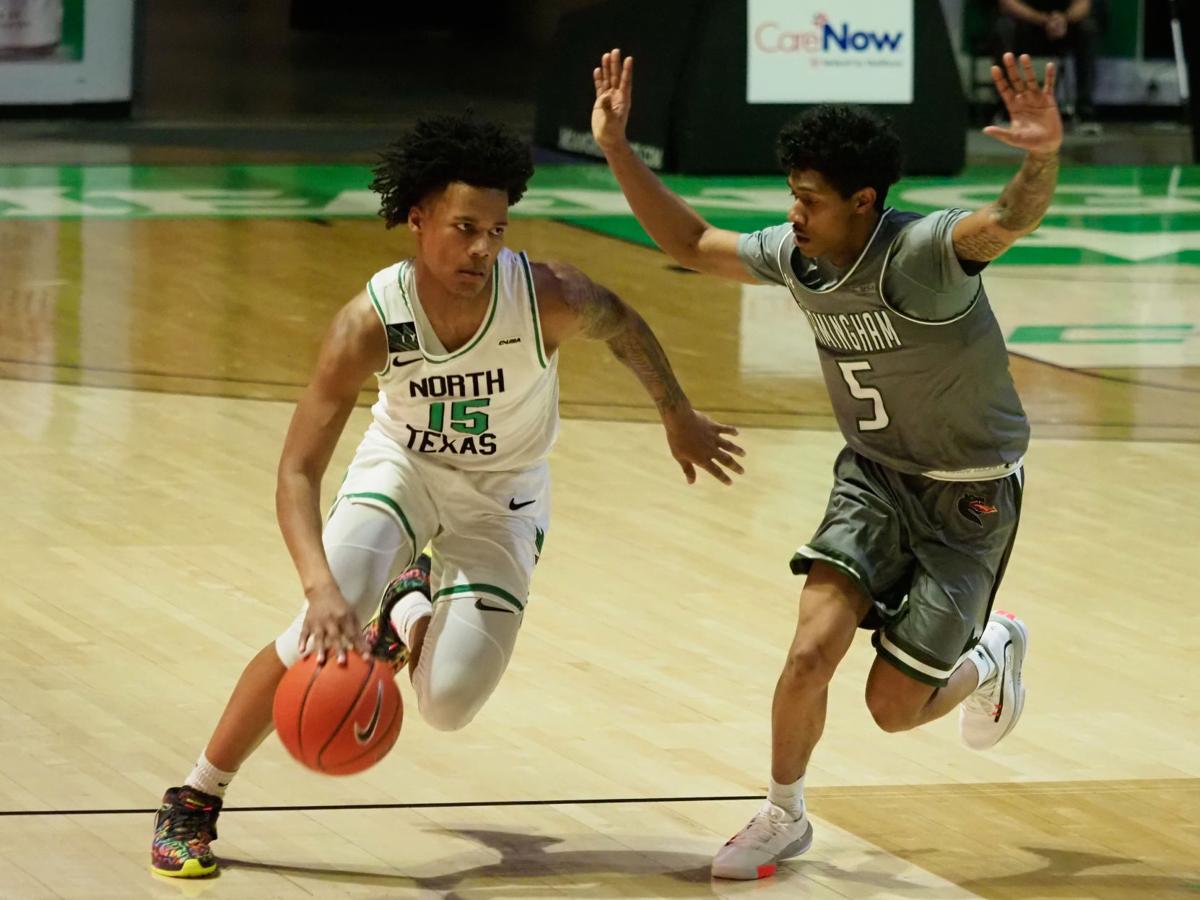 North Texas guard Rubin Jones (15) drives as UAB guard Jalen Benjamin defends during the Blazers' win over the Mean Green on Friday. UNT will open play in the Conference USA tournament on Wednesday when it faces Middle Tennessee. 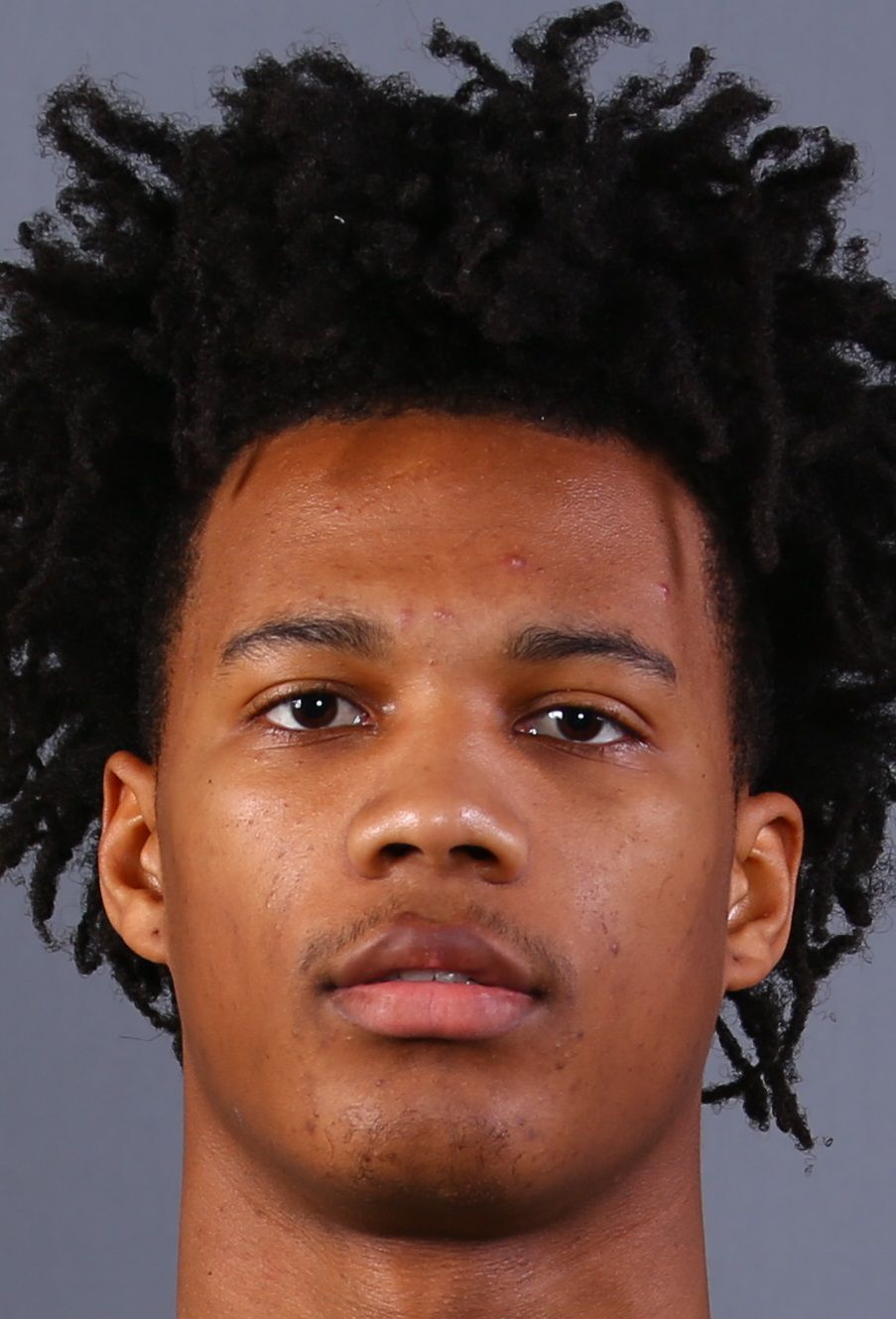 FRISCO -- North Texas will be without Rubin Jones for the duration of the Conference USA tournament.

UNT announced that the freshman guard would be unavailable in the hours leading up to its opening game against Middle Tennessee on Wednesday. The Mean Green are set to face the Blue Raiders in an opening round game at 9 p.m. at the Ford Center in Frisco.

Jones was injured in UNT's series against UAB to cap the regular season. UNT coach Grant McCasland would not detail the nature of the injury this week.

The Houston native is the Mean Green's top player off the bench. He is averaging 6.2 points and 2.0 rebounds per game.

UNT has started the same five players all season and leaned heavily on that group.  The Mean Green's four reserves who see significant time average just 16.7 points per game combined.

Jones has played nearly 100 more minutes than any of UNT's other players who come off the bench.

McCasland was holding out hope in the days leading up to the tournament that Jones would be able to play.

“We are trying to get Rubin back,” McCasland said Tuesday. “We’re going to take it a game at a time at this point.”