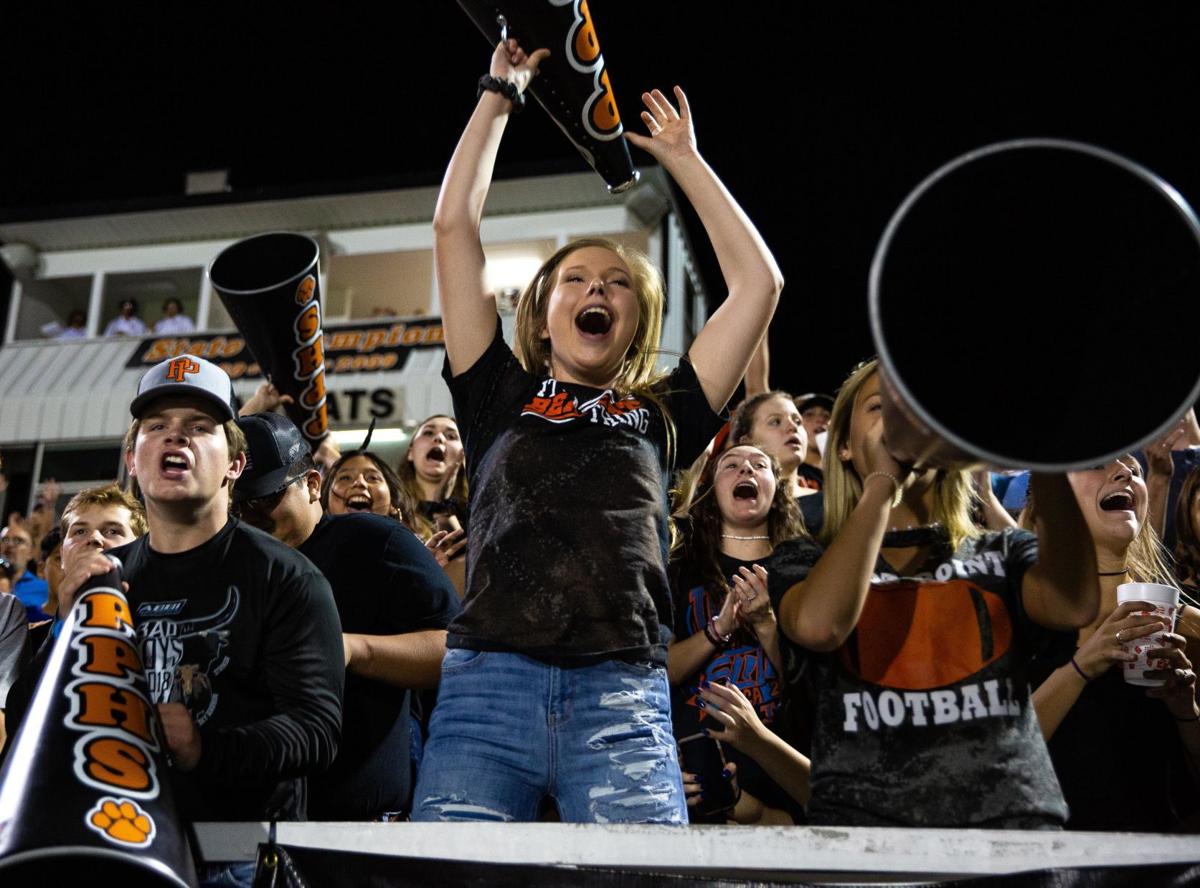 Pilot Point students Caedon York, left and Kayli South cheer for a touchdown in the fourth quarter of the game against Brock on Sept. 27, 2019 in Pilot Point. 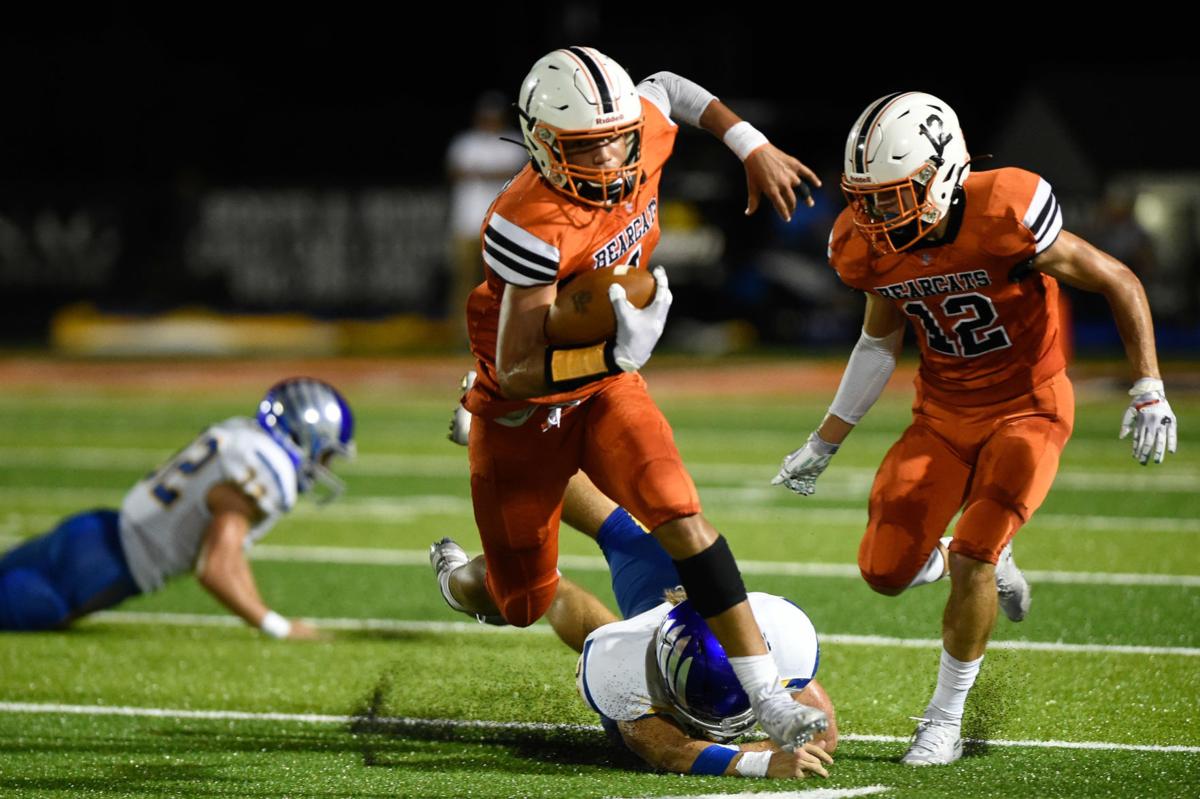 Pilot Point’s Aydon Cox (1) runs the ball for a first down in the second quarter of the game against Brock on Sept. 27, 2019 in Pilot Point. 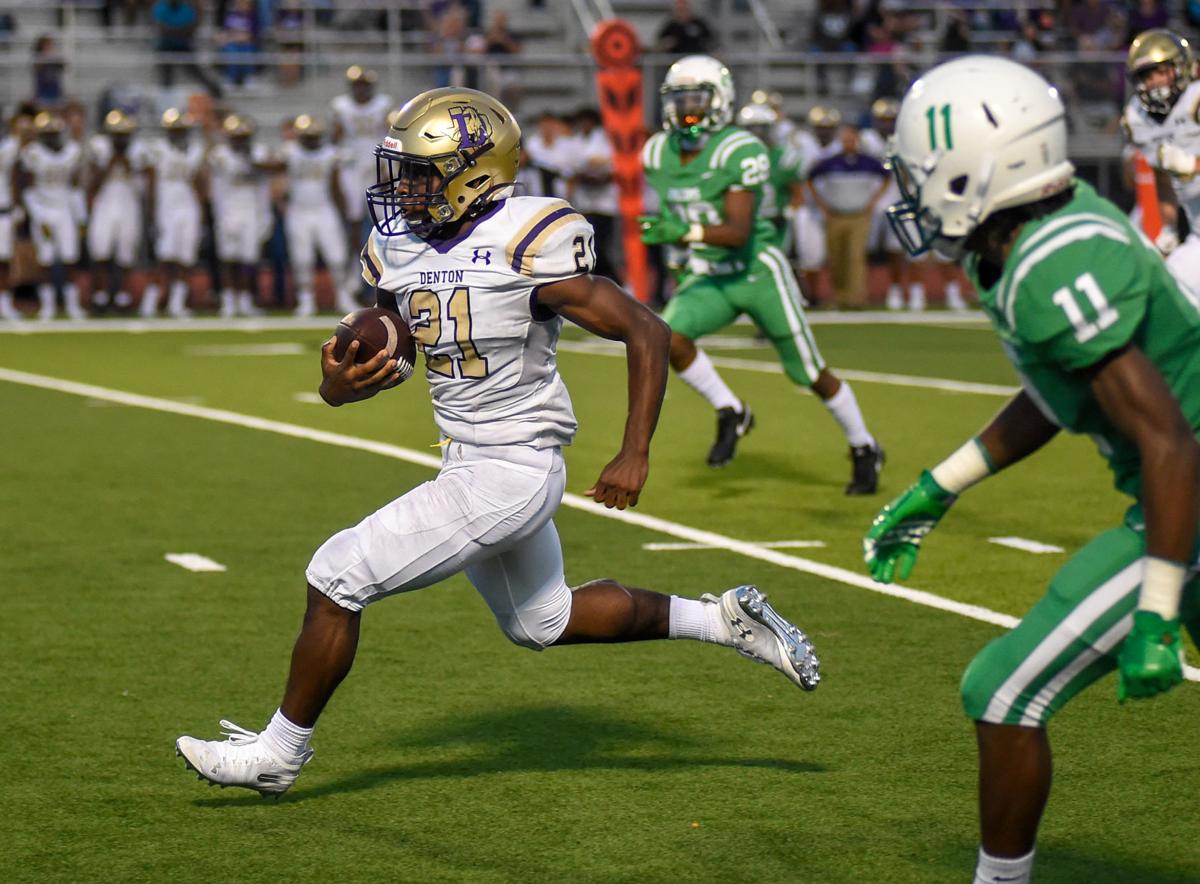 Denton running back Connor Shelley (21) runs the ball past the 25-yard line for a first down in the second quarter on Aug. 30, 2019 at Lake Dallas’ Falcon Stadium. Lake Dallas defensive back Kobe Minor (9) brought Shelley down on the five yard line. 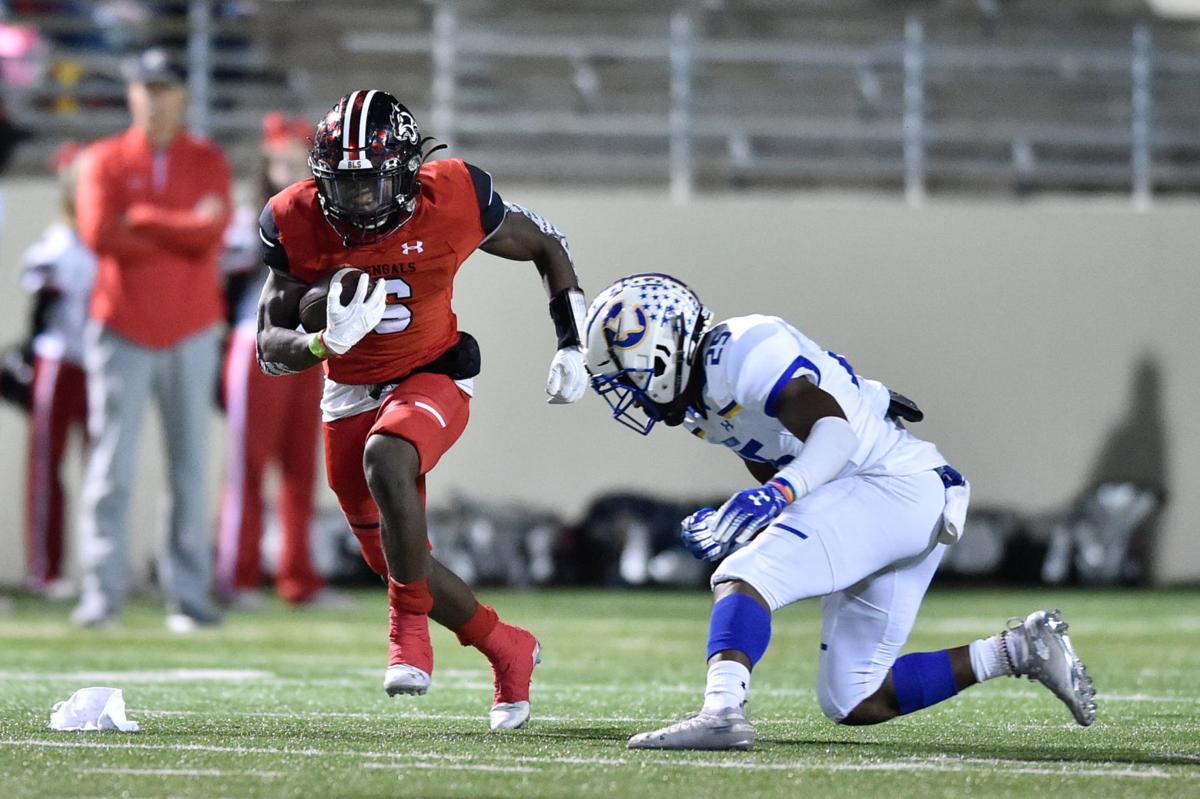 EDITOR’S NOTE: The Denton Record-Chronicle has taken a look back at some of the most memorable high school football games from 2019. This multiple-part series will include the top five games from last season with three honorable mention games. The series continues today.

A preview of the Class 3A Division I Region I final, Pilot Point and Brock’s duel in Week 5 proved to be an epic slugfest.

The Bearcats entered the game fresh off a 35-0 loss to Gunter, desperately needing to bounce back. To make matters even more difficult, Pilot Point had also never beaten Brock.

Both teams knew this game would likely decide the District 4-3A title, and they played like it.

Defense stole the show in the first half, as both sides held each other scoreless through one quarter. The Bearcats finally got on the board in the second quarter with a 2-yard run from Javon Bruce and led 6-0 at halftime.

Brock took the lead in the third quarter on a 30-yard Cash Jones run, but Pilot Point responded with Bruce’s second touchdown of the night.

The Eagles countered with another score from Jones to tie the game midway through the fourth quarter. Needing one final answer, sophomore Aydon Cox delivered the heroics on a 48-yard go-ahead touchdown reception from quarterback Jacob Pitts.

Pilot Point’s defense did the rest, stopping Brock’s final drive to preserve the 20-14 victory — the school’s first win against the Eagles.

“It’s huge that we finally won a big game,” Pilot Point coach Danny David said in his postgame interview. “The kids played hard and deserved this victory. Hopefully they have the confidence now that they can beat teams in the upper echelon of the state. The effort was unbelievable.”

The 2019 high school football season began with overtime and a wild comeback in Lake Dallas.

But the Broncos, despite blowing a 12-point second-half lead, rallied to force overtime. Davian Guajardo connected with Kevin Bell for a 66-yard score, and the ensuing 2-point conversion tied the game.

The Broncos’ kicker booted the game-winning 33-yard field goal to send Denton home with a crazy 37-34 win in the season opener.

“That was one of the most amazing things I have ever been a part of,” Denton coach Billy Miller said afterwards. “They just kept fighting.”

Braswell’s first playoff game in school history was made even more sweet by playing on their home turf at C.H. Collins Athletic Complex.

And the Bengals wasted little time seizing the moment while putting on a show for their fans.

Braswell’s offense exploded for 405 total yards in the Class 5A Division I Region I bi-district round against Corsicana, as quarterback Greyson Thompson accounted for six total touchdowns. Receiver Cam Smith finished with seven catches for 108 yards and two scores.

But the game was not without some drama at the end, as Braswell had to overcome a late Corsicana rally to preserve the win. Corsicana recovered an onside kick and with a score, could have cut the Bengals’ lead to seven points.

Smith came to the rescue on defense, though, intercepting a pass to seal Braswell’s 49-28 victory — its first playoff win in school history.

“We faced some adversity tonight, and we made some mistakes,” Braswell coach Cody Moore said after the game. “We had to get ourselves out of a few jams, and I was really proud of how we were mentally tough in those situations. We handled it really well, and I’m proud of our kids for that.”

EDITOR’S NOTE: The Denton Record-Chronicle has taken a look back at some of the most memorable high school football games from 2019. This multiple-part series will include the top five games from last season with three honorable mention games. The series continues today.