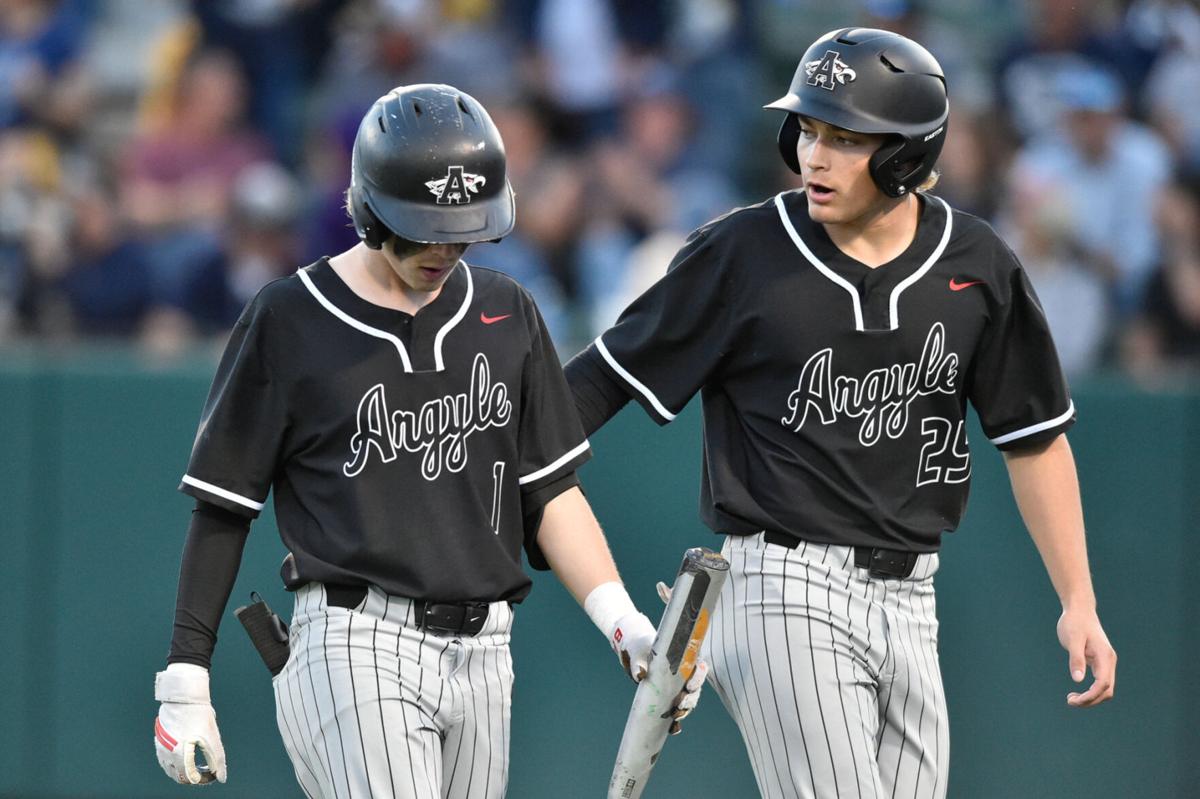 Argyle’s Chase Wohnoutka (1) and Argyle’s Lucas Anderson walk back to the dugout after Stephenville converts a double play on them at Crutcher Scott Field on Thursday in Abilene. 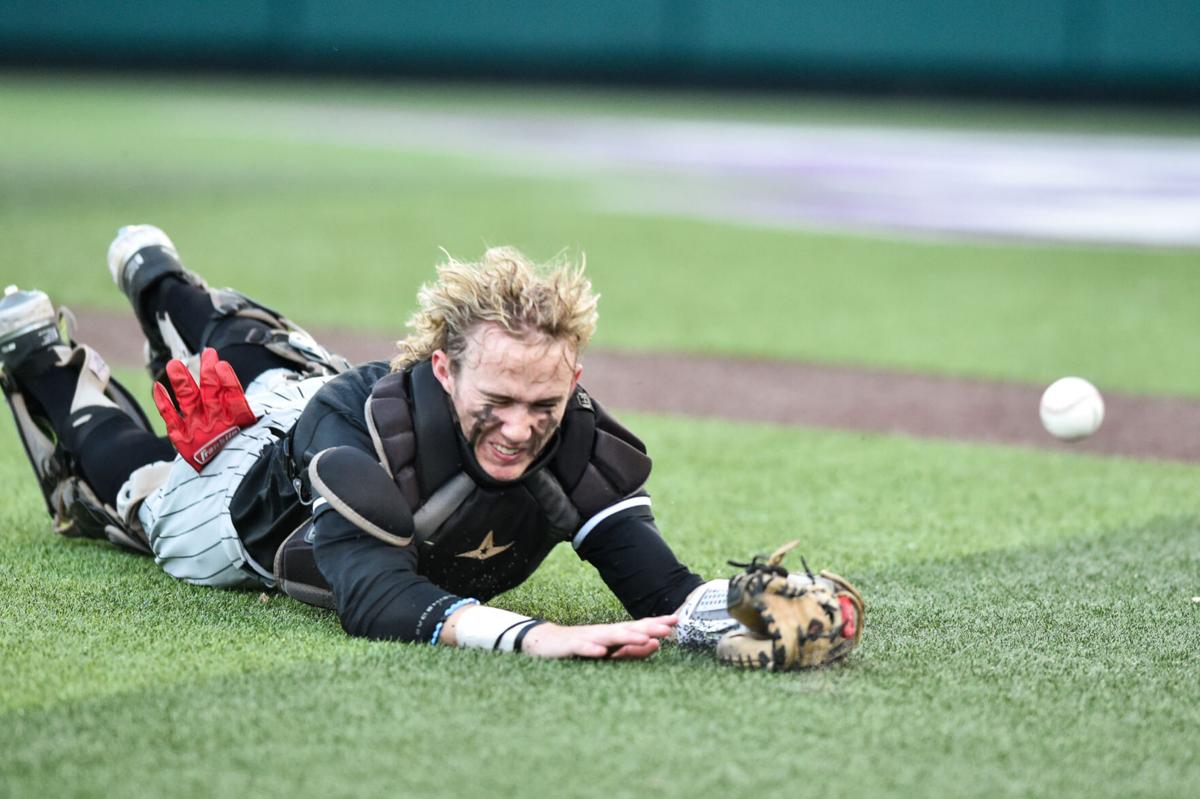 Argyle's Dawson Walls dives for a fly ball hit by Stephenville on Thursday at Crutcher Scott Field in Abilene.

ABILENE — Argyle’s reign in Class 4A is over.

After winning back-to-back state championships in 2018 and 2019, the Eagles were looking for a three-peat this season.

Stephenville had other ideas.

The Yellowjackets dominated the 4A Region I final series from start to finish, and on Thursday at Abilene Christian, completed the stunning upset of Argyle 6-1 in Game 2. The Eagles were outscored 8-1 over the last two nights and left 15 runners stranded in the series.

“They pretty much shut us down at the plate,” Argyle coach Ricky Griffin said. “That’s the story of it. Whether it was us not swinging great or them pitching great, I don’t know. But a team that was scoring a lot of runs suddenly didn’t score any runs.”

Argyle came into the region final having dominated all four of its playoff series. The Eagles had outscored their opponents 79-3 prior to their matchup with Stephenville.

But as Griffin noted, Argyle struggled mightily at the dish against the Yellowjackets, managing just seven hits in two games.

“We ran into a team with really good pitching,” Griffin said. “They played really, really tough. And then, every time we hit a ball hard it was at somebody. It seemed like that the whole series.”

T3: That hurts.@Argyle_Baseball leaves the bases loaded for the fourth time in the last 10 innings, as Chase Wohnoutka grounds out to end the inning.

Just like in Game 1, Argyle had an opportunity to strike first and take an early lead, loading the bases in the top of the third. But Chase Wohnoutka grounded out to second, as the Eagles were yet again unable to take advantage of a golden opportunity.

Stephenville then loaded the bases in the bottom half of the inning, and it looked as though Argyle was going to get out of the jam unscathed when Evan Brandt induced a ground ball.

The Eagles tried to turn a 4-6-3 double play, but the second base umpire ruled shortstop Tyler Abrego was pulled off the bag, allowing a run to come across.

B3: Oh man.@Argyle_Baseball looks like it turned a tailor made 4-6-3 double-play to get out of the inning, but the umpire rules the shortstop was off the bag at second.

Stephenville scratches across a run on no hits, two walks, a hit by pitch and an error and leads 1-0. pic.twitter.com/xlYp1YmVLO

“When stuff like that starts happening — the double play call, I couldn’t see if he was off the base or not — but we had been battling and battling,” Griffin said. “You get a double play there, and stuff that normally kickstarts us, we just couldn’t ever do it.”

Already up 1-0, the Yellowjackets blew the game wide open in the fifth. Stephenville made it 3-0 when a ground ball took a huge hop and went over third baseman Colton Roquemore’s head into left field.

By the time the inning was over, the Yellowjackets had batted around and extended their lead to 6-0.

Argyle made one last gasp in the seventh, loading the bases with one out. The Eagles eventually scored their lone run of the series on an RBI fielder’s choice by Tyler Grubbs, but it was too little too late.

“The stuff that starts a big inning for us, they took that away,” Griffin said. “Now, they made plays. We hit some balls hard, they just made plays.”