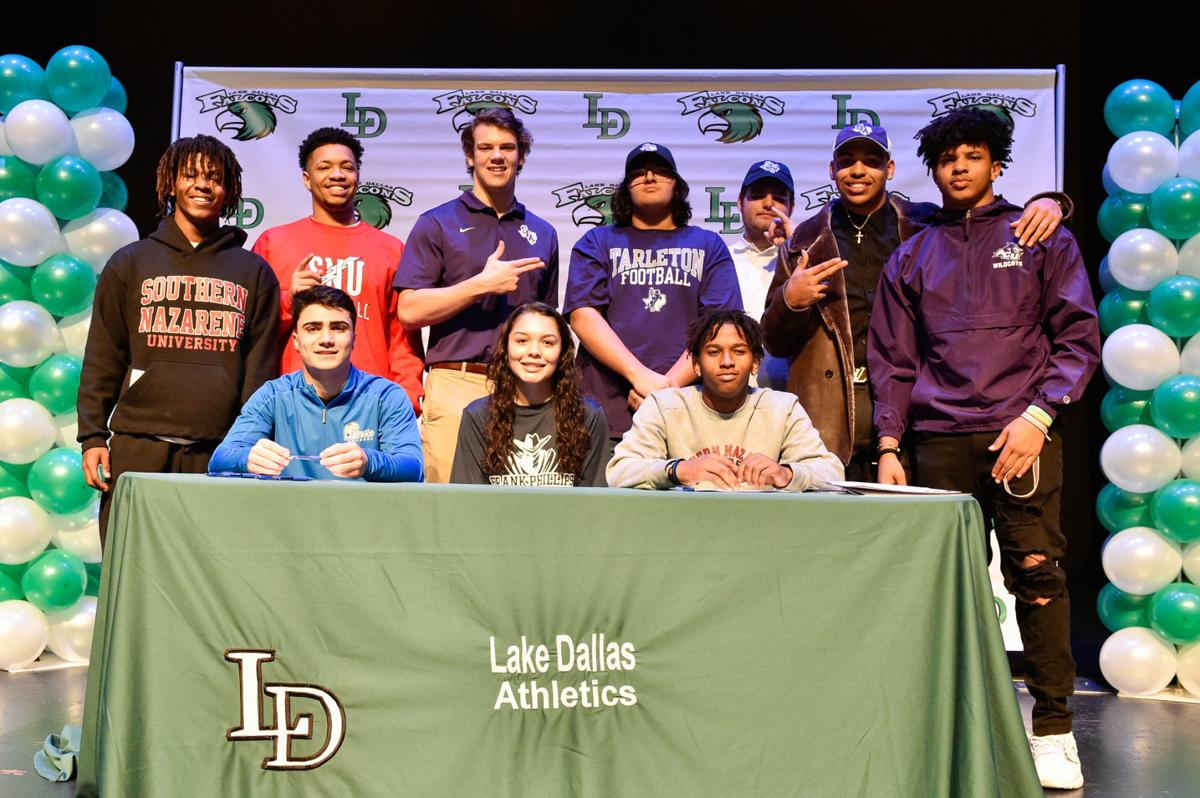 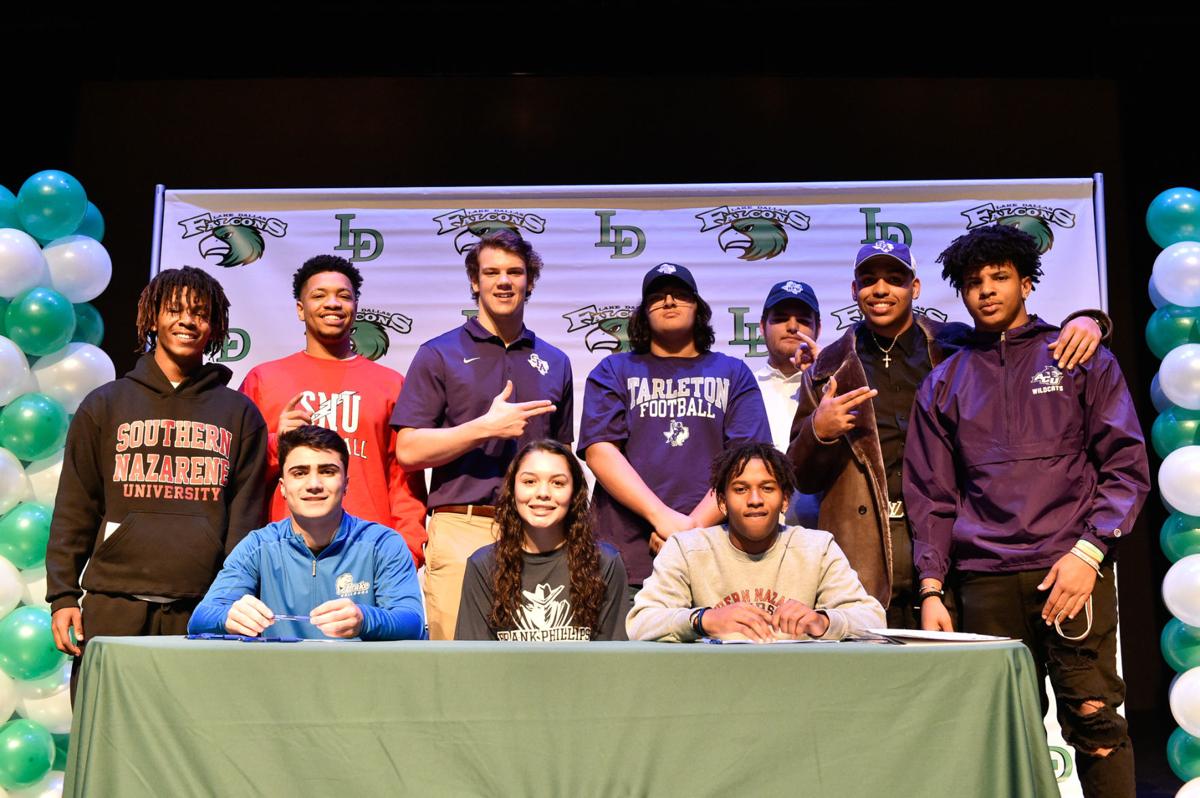 Lake Dallas athletes pose for a photo during a national signing day event Wednesday in Corinth.

Lake Dallas athletes pose for a photo during a national signing day event Wednesday in Corinth.

CORINTH — Lake Dallas football coach Michael Young is typically a calm and collected guy, but even he looked a little anxious Wednesday morning as he helped facilitate the largest national signing day class in school history.

The Falcons had 10 athletes sign in the school’s performance hall — nine from football and one in volleyball.

“And there’s still more to come. We should have two baseball guys sign on Friday,” Young said. “We’ve had years where we had five or six football guys, but this is the most we’ve had as a school.

“It’s a compliment to how successful the program as a whole has been over the years.”

Lake Dallas is known for having hidden gems, particularly in football. This year’s class included six defensive players, highlighted by Hayden Brockenbush and lineman Roberson, who both signed on the dotted line with Stephen F. Austin. Nick Cagnetto signed with Drake, Darryl Minor Jr. with Abilene Christian and Zyon Hurd and Telanio Evans with Southern Nazarene.

Young praised his signing class. He said Brockenbush and Roberson were late additions to signing day and are smart pickups for the Lumberjacks, who have a new coaching staff led by Division II national champion coach Colby Carthel.

Brockenbush was a first-team all-district selection at both offensive line and defensive line during his career.

Young also spoke highly of Cagnetto, who played safety and cornerback with the Falcons, and Minor. Minor’s father, Darryl Minor Sr., played for the Washington Redskins in the early 1980s. Minor Jr. finished with 97 tackles, 13 tackles for loss and two interceptions from the linebacker spot.

“Who knows — it could be one of these guys in three or four years who could be going into the draft,” Young said.

Cagnetto, who passed up an offer from Henderson State, said he was excited to be part of such a strong class.

“It’s good to see everyone in the 2019 class have this opportunity to continue their athletic careers,” he said.

“To have nine guys is exciting,” he said.

In volleyball, libero Bailey Avila is continuing her career at Frank Phillips College in Borger. She turned heads during a senior year in which she helped guide the Lady Falcons to the playoffs.

Avila was a constant on the court throughout her career and proved to be one of the more coachable of the lot, given that she played for three head coaches, including new coach Jason Roemer in 2018.

She was one of only two seniors on last season’s team.

“That’s basically 50 percent of our senior class signing right there — if you want to look at it like that,” Roemer said with a laugh. “Bailey is an incredibly smart player and is going to make a really good college player. Not many kids get the chance to experience a day like today. Having 10 kids up there at one time is a lot of fun.”

Below is a full list of athletes who were included in national signing day ceremonies at Denton-area schools: