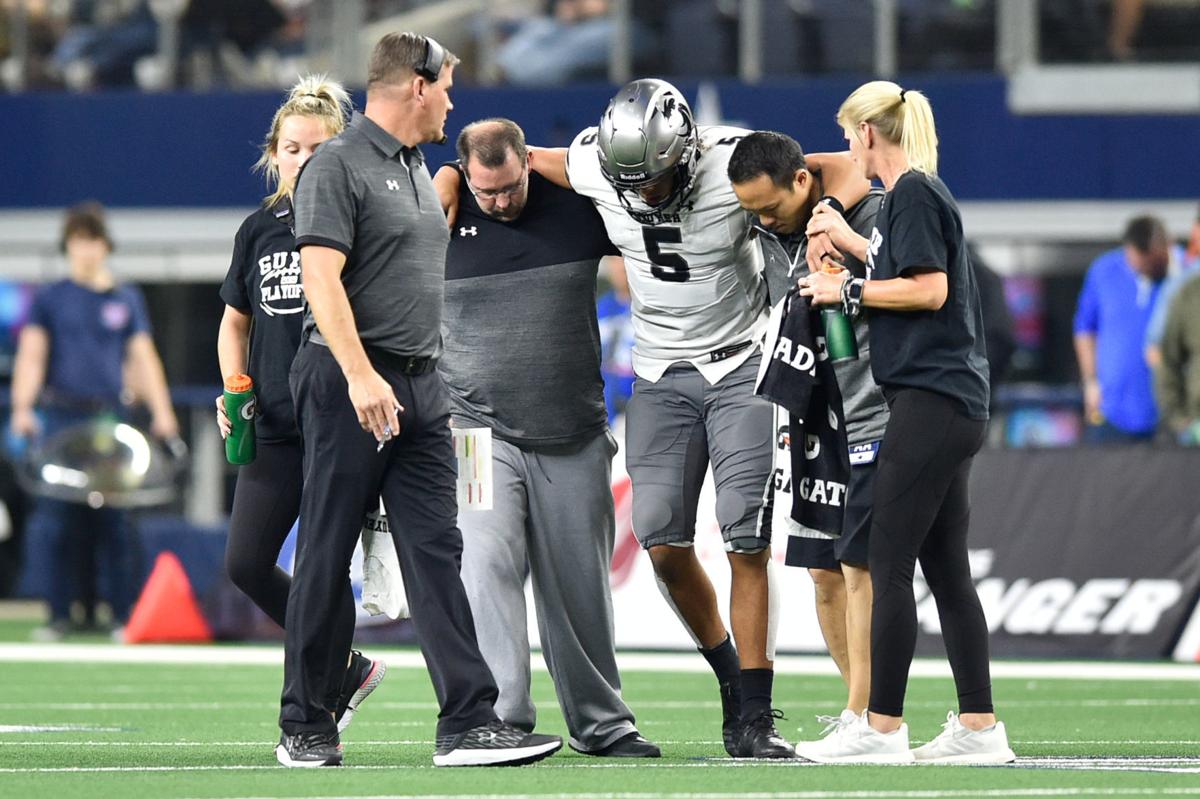 Guyer quarterback Eli Stowers (5) is helped off the field during Saturday’s state final game against Austin Westlake at AT&T Stadium in Arlington. 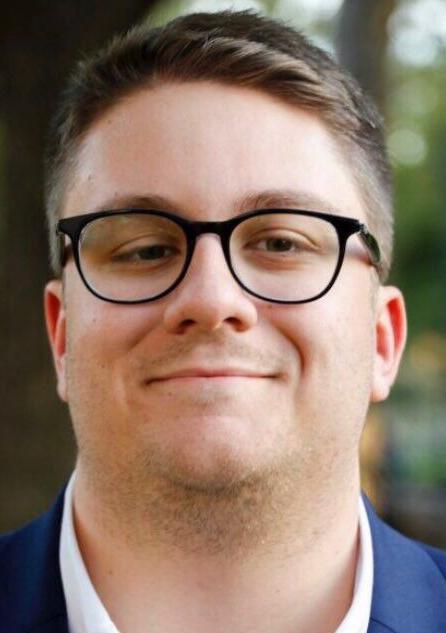 ARLINGTON — In the moments leading up to kickoff between Guyer and Austin Westlake, Kaedric Cobbs’ father, Bel, began reminiscing about everything that has made this group of Wildcats so special.

Aside from their obvious talent, Bel Cobbs pointed to an unselfishness seldom seen in this day and age. He said, above all else, what separates this Guyer team is their love for one another.

And, the first name out of Bel Cobbs’ mouth when raving about Guyer was its quarterback, Eli Stowers.

Stowers is as humble and team-oriented as they come. Each week, he thanks the others around him, deflecting praise.

Which is what made what happened on Saturday night all the more heartbreaking.

On Guyer’s seventh play from scrimmage, Stowers took off on a designed quarterback run, only to be tackled awkwardly in the open field. He stayed down on the turf for several minutes before eventually being helped off by trainers, unable to put any weight on his left leg.

For any high schooler to go down with a serious injury in a state championship game is unfortunate. But for it to happen to a kid like Stowers, who is widely regarded as the heartbeat of the Wildcats’ team — well, you just can’t help but feel sorry.

As a journalist, I’m supposed to be impartial and unbiased. But at the end of the day, I’m human.

As are all of the other journalists in the press box, who collectively held their breath when Stowers went down.

Watching Stowers being helped to the bench left a knot in my stomach. Watching him not come back into the game, knowing his injury was likely severe, made it all the more gut-wrenching. There are no two ways about it.

Stowers is one of the best athletes I’ve had the pleasure of covering. He answers every question, has made time for me before games, after games, before practice and after practice. He’s a class-act all the way around and a consummate professional, despite only being a junior in high school.

And in an instant, he had his chance of playing for a state title ripped away.

Best wishes for a speedy recovery, Eli. I know we all want you back on the field as soon as possible.