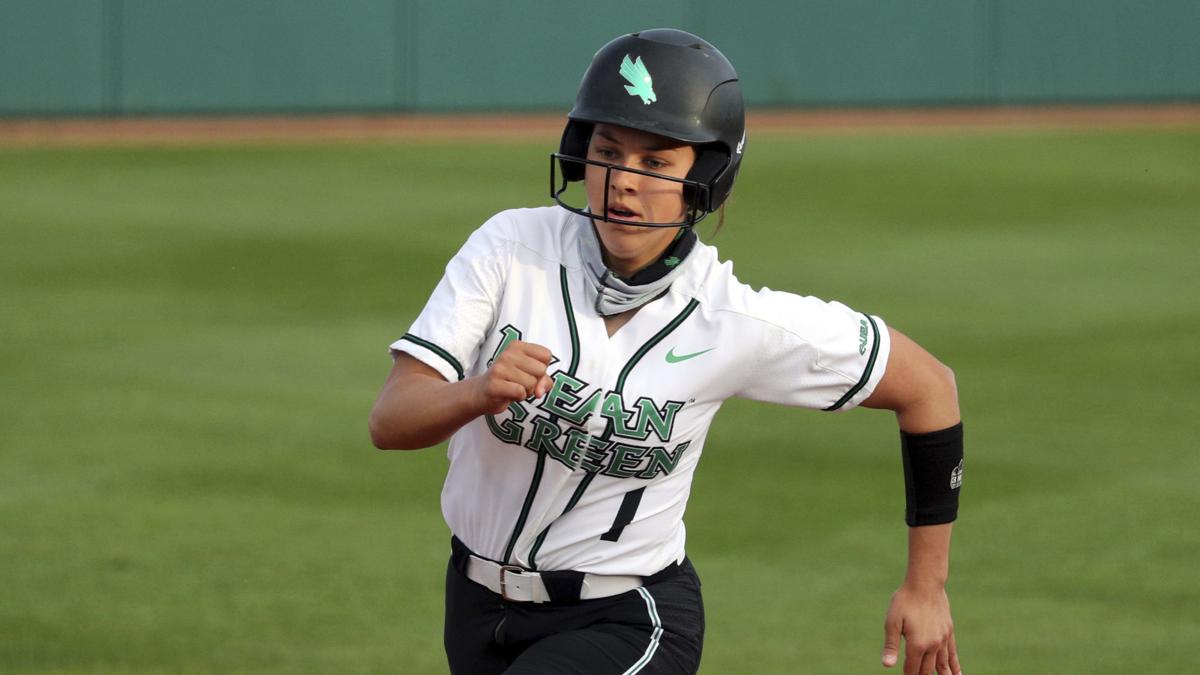 North Texas freshman Maia Wark runs the bases during the Mean Green’s win over Texas A&M Corpus Christi earlier this season. UNT is in position to clinch the Conference USA West Division title this week in a series at Louisiana Tech. 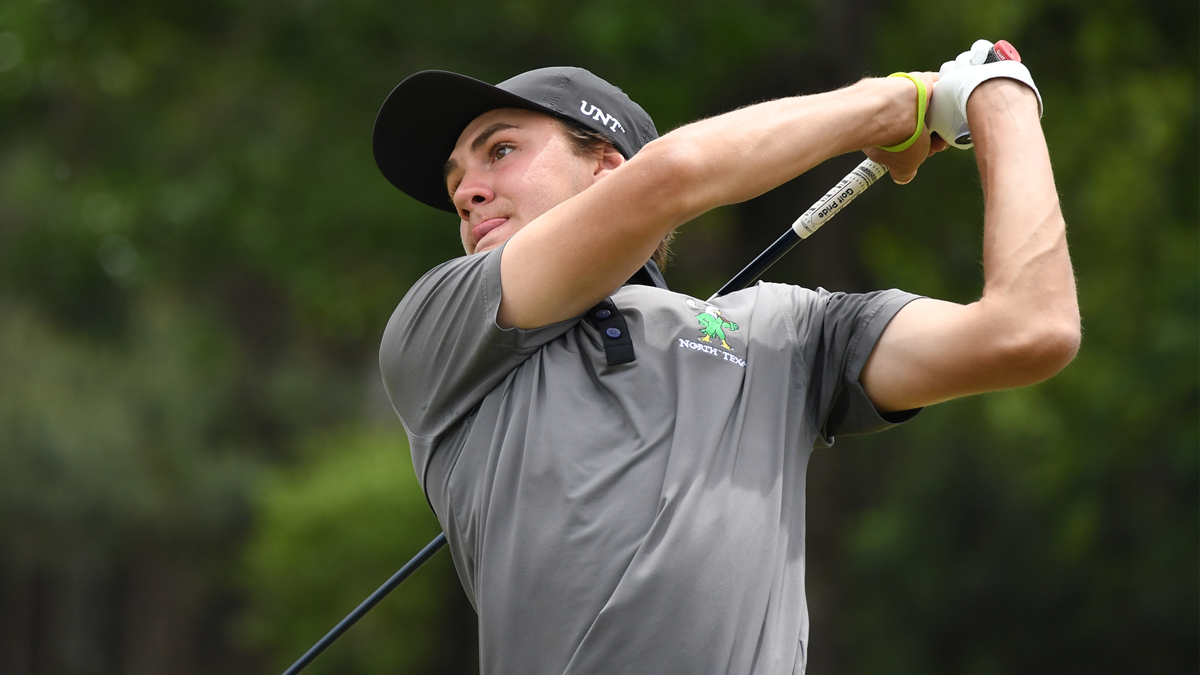 Vicente Marzilio, who won Conference USA’s individual championship and helped lead the Mean Green to the final of the C-USA tournament, has been named C-USA’s Freshman of the Year.

The North Texas softball team has been on quite the roll in Conference USA play over the last few weeks.

The Mean Green have won 14 straight conference games, a run that has put North Texas in position to clinch the league’s West Division title during a four-game series at Louisiana Tech to close out the regular season.

UNT will face the Lady Techsters at 6 p.m. on Friday before the teams play a 1 p.m. doubleheader on Saturday. The series will wrap up with a noon game on Sunday.

UNT heads into that series off a dominating performance in a series sweep of UTSA that capped its regular season home schedule and extended a program record for consecutive conference wins.

UNT posted a pair of shutouts and won the games by a combined score of 15-3.

“I’m pretty confident in how we are playing,” UNT first baseman Kailey Gamble said after the final game of the series. “We have come together as a team.”

The Mean Green are hoping to carry their momentum into the C-USA tournament. This season’s tournament will take place from May 12-15 at Western Kentucky.

Hope Trautwein was named Conference USA’s Pitcher of the week yet again on Tuesday.

The senior picked up a pair of wins and a save after throwing 14 innings in UNT’s four-game series sweep of UTSA.

Trautwein struck out 34 batters over the course of the series, pushing her season total to 201. The senior is quickly approaching UNT’s single-season strikeout record of 214 set by Ashley Kirk set in 2014.

Trautwein has been named C-USA’s Pitcher of the Week 11 times in her career.

Lucie Devier was named Conference USA’s Newcomer of the Year this week.

The Tyler Junior College transfer played No. 1 singles for UNT the majority of the year while also teaming with Saki Oyama in doubles.

Devier and Oyama were a second-team selection on the All-C-USA team as a doubles tandem.

Devier won 11 singles matches on the season and knocked off Martina Okalova of Tulsa in one of UNT’s most impressive wins of the season.

UNT coach Sujay Lama paired Devier and Oyama in doubles late in the season. They beat Okalova and Vera Ploner when Tulsa’s top doubles team was ranked No. 26 nationally.

Vicente Marzilio was named C-USA’s Freshman of the Year on Tuesday.

Marzilio won the conference’s individual championship and helped lead the Mean Green to the final of the C-USA tournament. UNT fell to Middle Tennessee in the match-play championship.

The freshman birdied five of the final seven holes to win the individual C-USA title by one shot. He was also named to the All-C-USA first team as well as the league’s all-freshman team.