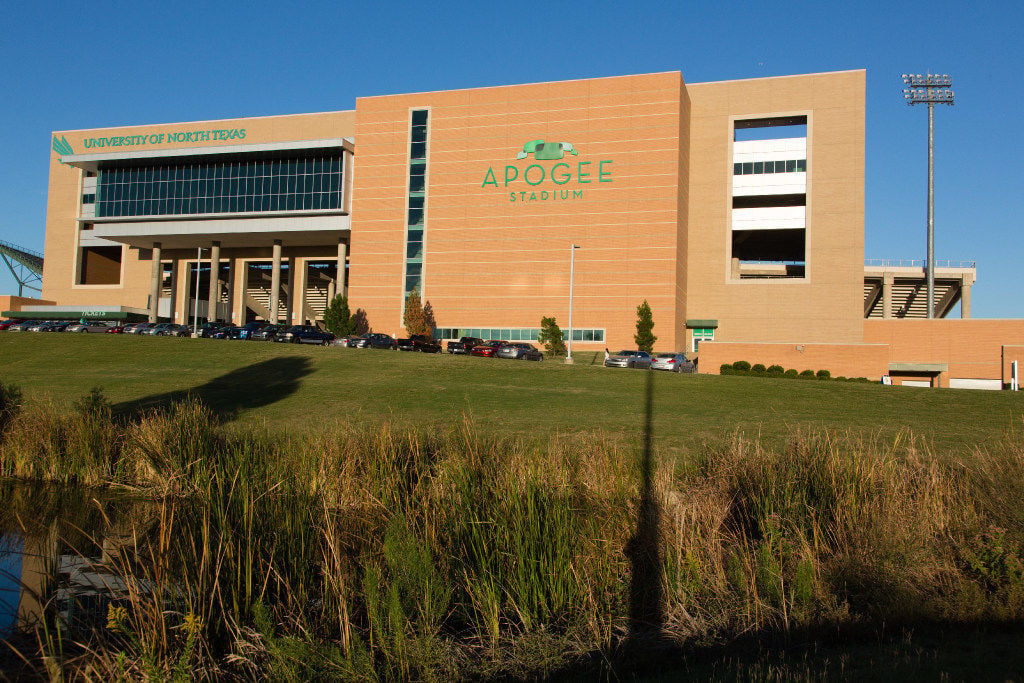 Three members of the North Texas football team have tested positive for COVID-19 antibodies and are awaiting a follow-up test to see if they are infected with the virus.

Three members of the North Texas football team have tested positive for COVID-19 antibodies and are awaiting follow-up tests to see if they are currently infected with the virus, school officials said Thursday.

UNT is having players return to campus in four waves over the next few weeks as the team’s offseason program resumes. The first wave of about 30 players returned Monday and took an initial blood test for COVID-19 antibodies.

Antibodies show that a person has been exposed to the virus or recovered after being infected.

The players who tested positive for antibodies immediately had a follow-up swab test of their nasal cavity to see if they are currently infected. A UNT spokesman said the school is still in the waiting period of 48 to 72 hours to have the swab tests come back.

UNT has isolated the three players who tested positive, along with the people they have come in close contact with, including their roommates.

“I absolutely feel good about what we are doing,” UNT coach Seth Littrell said during a teleconference on Thursday. “We are making sure we are doing things the right way.

“Everyone is going to have some positives. You have seen that around the country. It’s how you handle it.”

The school brought its coaches and staff members back to campus June 3. Each member of the staff underwent a nasal swab test for COVID-19. All of those tests came back negative.

The first wave of players arrived back at UNT on Monday. Their initial antibody tests, as well as the three players’ follow-up nasal swab tests, are part of the university’s plan to safely return its coaches and players to campus.

Several programs across the country have had players test positive for COVID-19 over the last few weeks.

UNT will find out if it has any players inflected with COVID-19 when follow-up tests come back.

UNT’s plans to handle its football players’ return go well beyond the initial testing players and staff members underwent when they arrived on campus.

Each person who enters an athletic department facility has their temperature checked and is questioned about their health when they arrive each day. Athletic department officials give each person a colored wristband when they complete the check-in. Wristband colors change daily to ensure that everyone participating in team activities has completed the process.

UNT has split its players into small groups and also set up four locker rooms and three weight rooms. Each group is assigned to one locker room and one weight room to minimize contact between players.

UNT’s coaches and football players are the first group of people to return to campus since the spread of COVID-19 shut down the university in March.

School officials are confident their plan that flagged the three players who tested positive for antibodies will ensure a safe and gradual return to campus for its football program.

“We have one shot,” said Jeff Smith, who heads up UNT’s sports medicine department. “We are the trial run for the whole university. That is the reason we wanted to make sure we do it right and have a phased approach.”