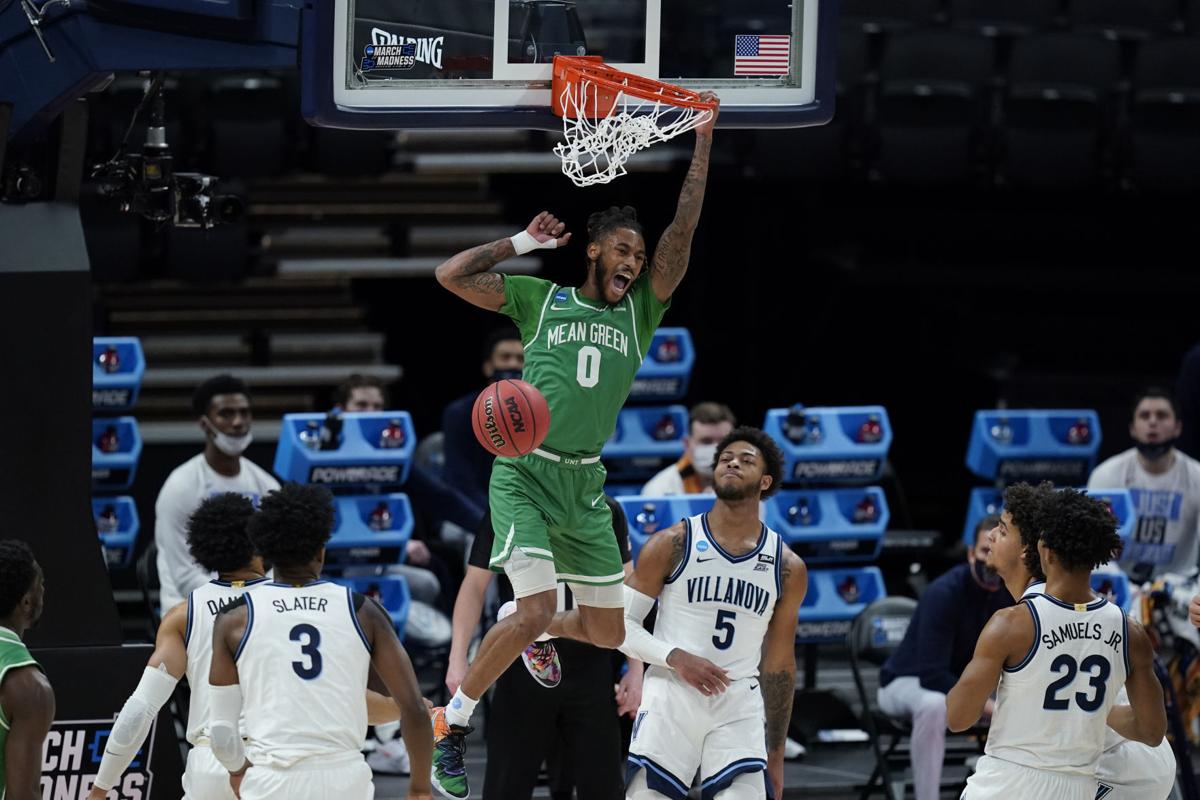 North Texas guard James Reese (0) dunks during the first half of a second-round game against Villanova in the NCAA tournament at Bankers Life Fieldhouse. Reese has entered his name in the NCAA transfer portal, per Verbal Commitments. 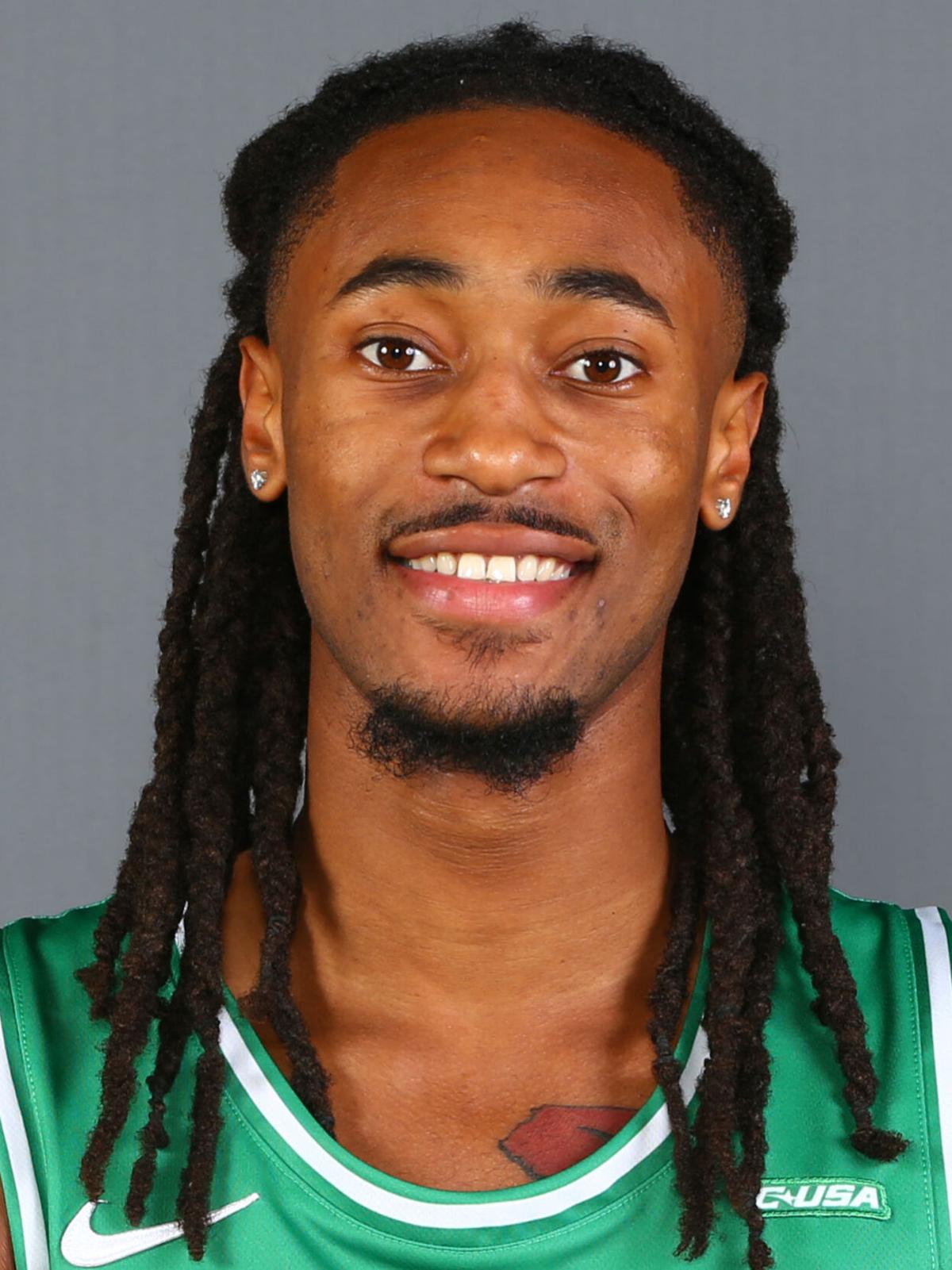 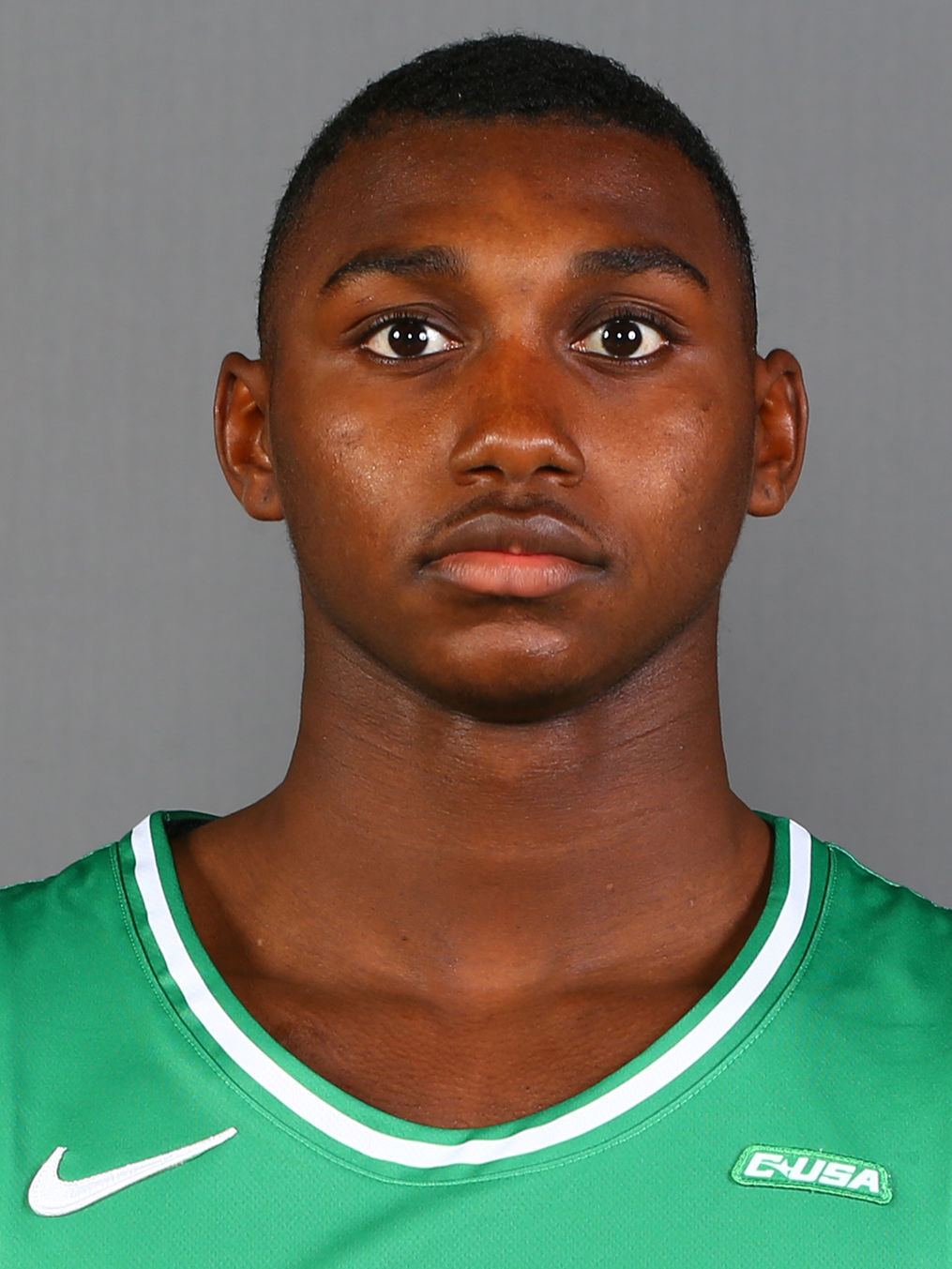 Reese was one of UNT’s key players this season and ranked second on the team with an average of 10.9 points per game as a senior.

Jackson played sparingly as a sophomore when he scored 17 points off the bench in 19 games. He posted a message on his Twitter account confirming his decision to transfer.

Reese has not publicly declared his decision to transfer, but a UNT source confirmed that he is in the portal, along with Jackson.

Players can enter their names after working through the process with their schools. Other programs can then recruit them.

The NCAA granted players in winter sports an additional year of eligibility due to the COVID-19 pandemic.

A UNT source said earlier in the day that it would be challenging process for the program to work through an offseason that will shape the team’s roster heading into next year.

Reese could transfer to another school and play an additional season, despite being a senior this year. The 6-foot-4 guard was among four senior starters for the Mean Green, who made a dramatic run in the postseason

UNT won four games in four days to capture the Conference USA tournament title and went on to beat Purdue in the first round of the NCAA tournament before falling to Villanova.

The Mean Green’s win over Purdue was their first in the NCAA tournament in program history.

Reese would be an attractive option for teams looking for immediate help next season.

Reese shot 34.3% from 3-point range this year and is an elite defender. He led UNT with 42 steals.

Jackson could look for a new school where he would have a chance to compete for more playing time.

Hamlet declined to address his future following UNT’s loss to Villanova. His stock in terms of a pro career might never be higher than it is now.

Hamlet is also a redshirt senior who is in his fifth season in college. He is close with Reese. The two played together at Buffalo before transferring to junior colleges and reuniting at UNT.

Simmons said he would consider his future after the season and was leaning toward pursuing professional opportunities. He averaged 10.0 points and 6.0 rebounds per game. Bell has spent two seasons at UNT and averaged 10.4 points per game this year.

UNT coach Grant McCasland has touted Bell’s potential over the last year due to his combination of size at 6-foot-6 and athleticism.

UNT is well positioned to continue its run of success under McCasland even if its core group of seniors elects to pass on playing an additional year with the Mean Green.

All four could make an immediate impact.

UNT is expected to be active when it comes to pursuing both graduate transfers and junior college players heading into next season.

The departure of Reese and Jackson could be just the first move in an active offseason for UNT.