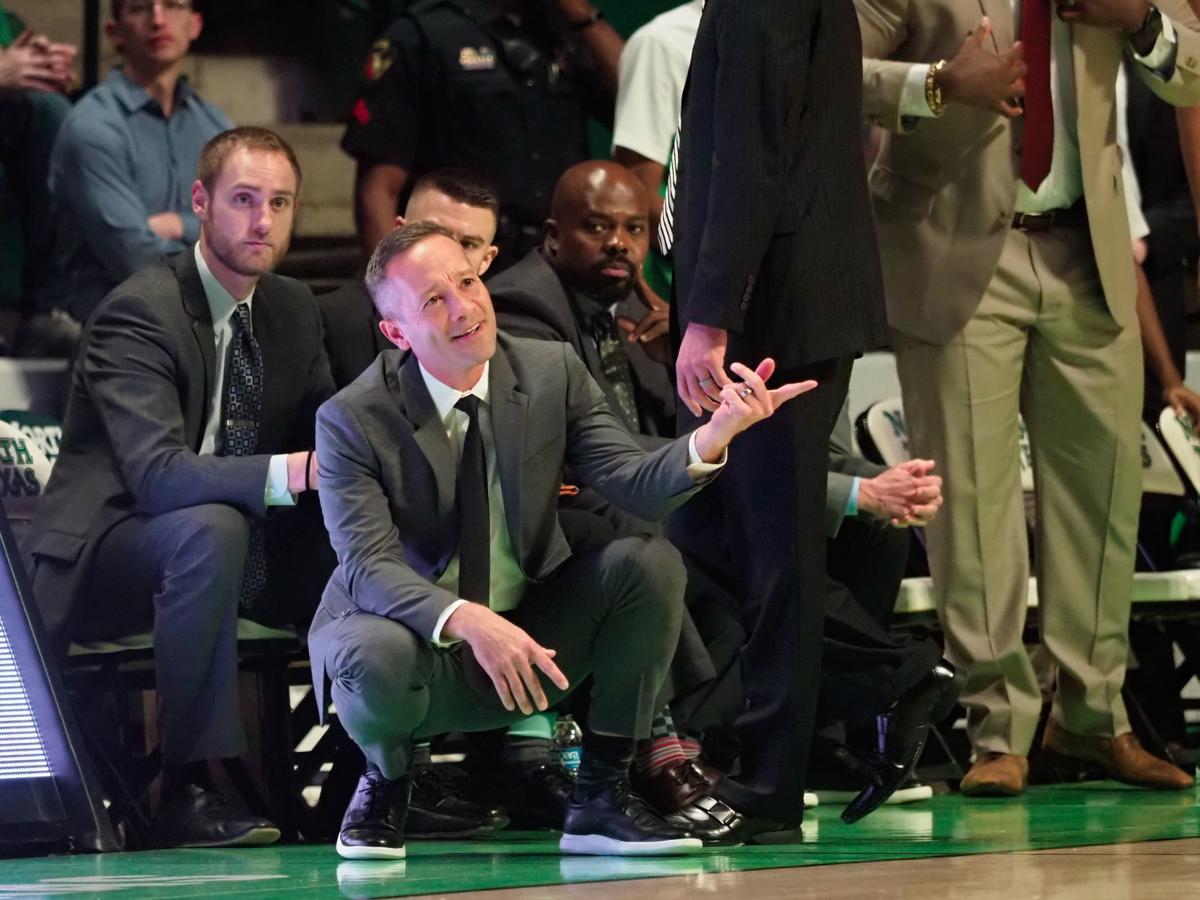 North Texas coach Grant McCasland watches his team play during a game at the Super Pit earlier this season. McCasland signed a new five-year contract in the offseason.

UNT has lost to a pair of nationally ranked teams on the road in VCU and Utah State and also fell at Arkansas.

The Mean Green’s road will get a little easier on Monday, when they face rival Texas-Arlington at the College Park Center. The game will be UNT’s first since it fell to Utah State 68-59 in its final game in the Jamaica Classic on Nov. 24.

The Mean Green have lost five of their last six games to fall to 2-5 on the season and will look to rebound against one of their traditional rivals. UNT and UTA have met 57 times.

The Mean Green hold a 31-26 lead in the series after pulling out a 63-61 win last season. UNT has lost three straight against UTA in Arlington and will look to turn the tide behind Umoja Gibson.

The sophomore guard is averaging 13.7 points per game. Graduate transfer forward Deng Geu is coming off an 18-point outing in UNT’s loss to Utah State and is adding 9.4 points.

The Mean Green are leaning on their defense early in the season and enter their game against the Mavericks allowing just 58.4 points per game. That total is tied with UAB for the lead among Conference USA teams and is also tied for 20th nationally.

UTA (4-4) beat Elon 77-67 in its last game and has won two of its last three behind a balanced attack. Sophomore guard David Azore is averaging 12 points per game but is not one of six players who have led the Mavericks in scoring in their eight games thus far this season.

UNT is 0-4 away from home and will look to break through for its first win away from the Super Pit. The opportunity comes at a key time for the Mean Green, who will host Oklahoma on Thursday.

The Sooners are 6-1 and will have had more than a week off to rest and prepare for the Mean Green by the time they come to the Super Pit.