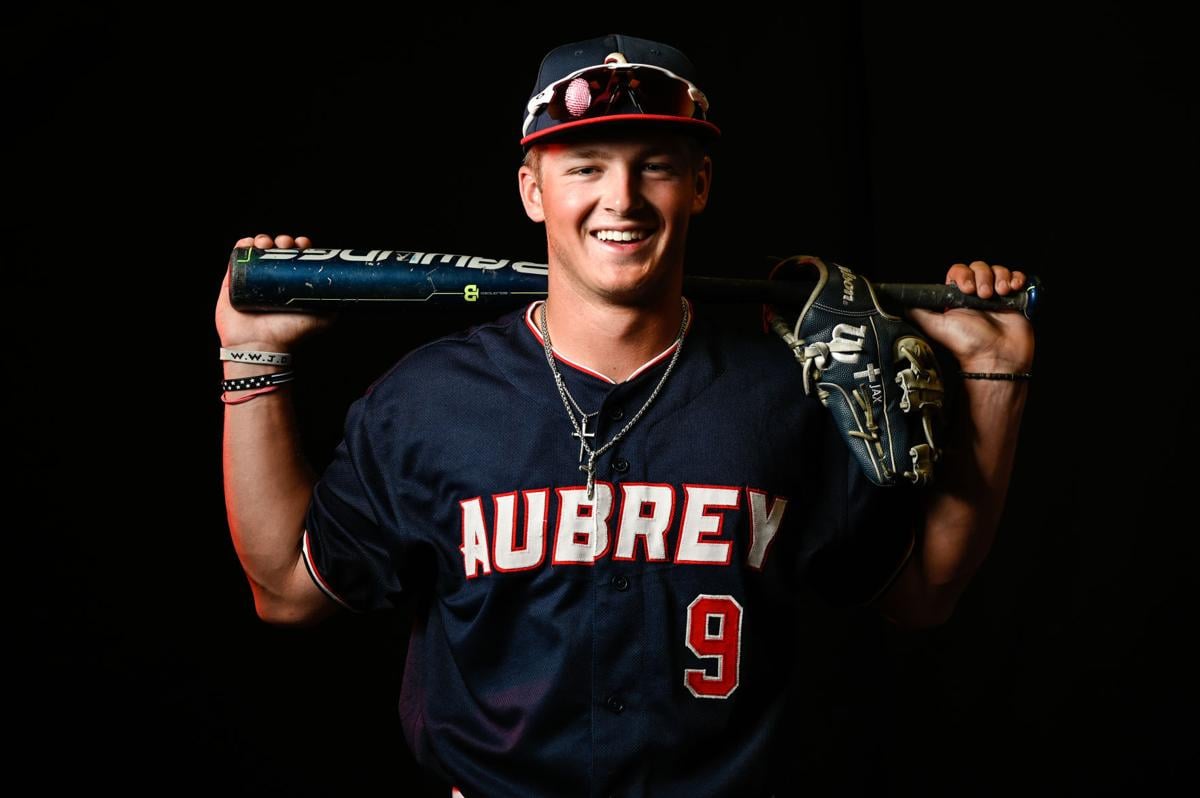 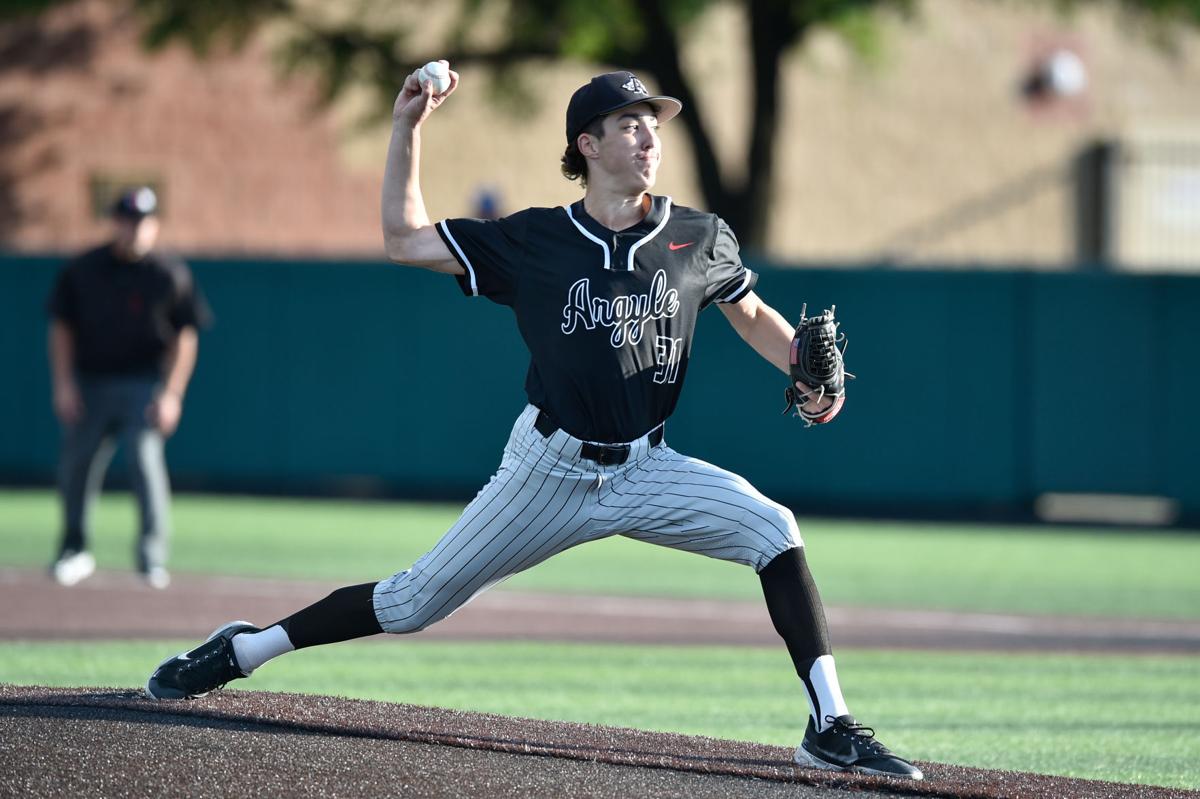 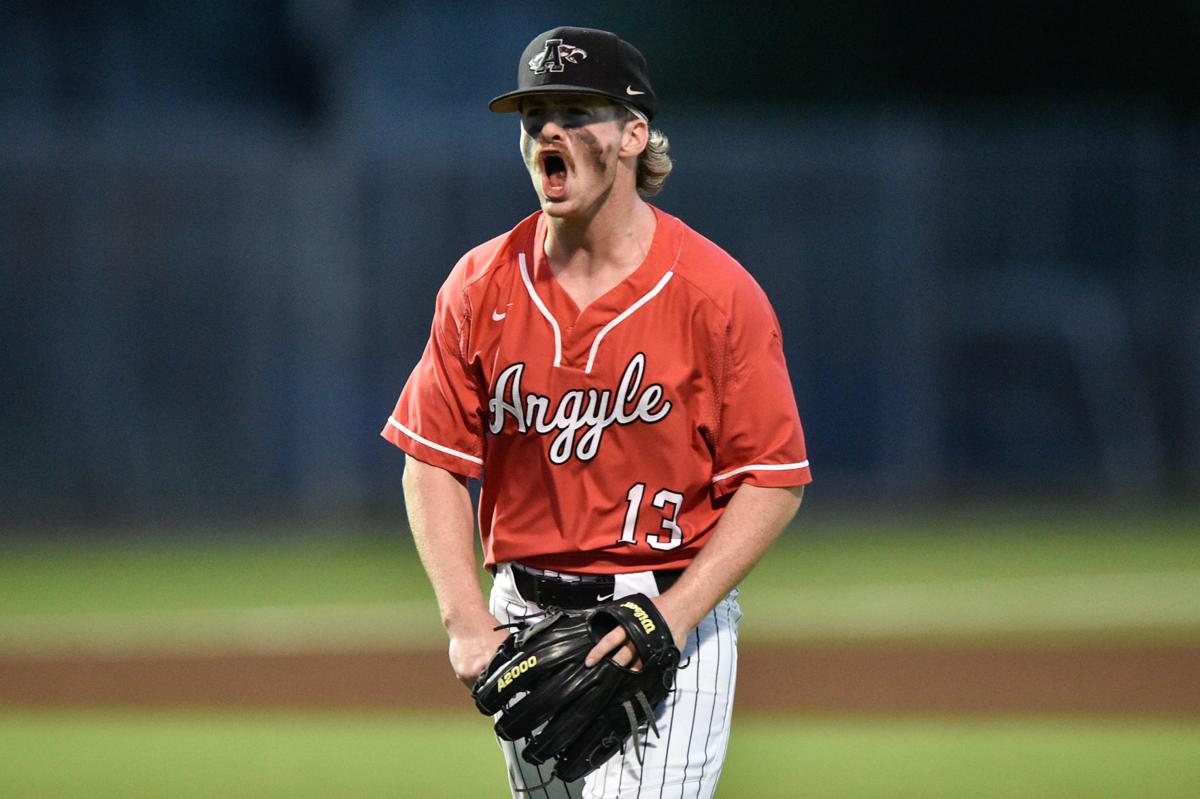 Argyle's Trevor Duck (13) celebrates after he retires Benbrook at Boswell High School, Friday, May 21, 2021, in Fort Worth, Texas. 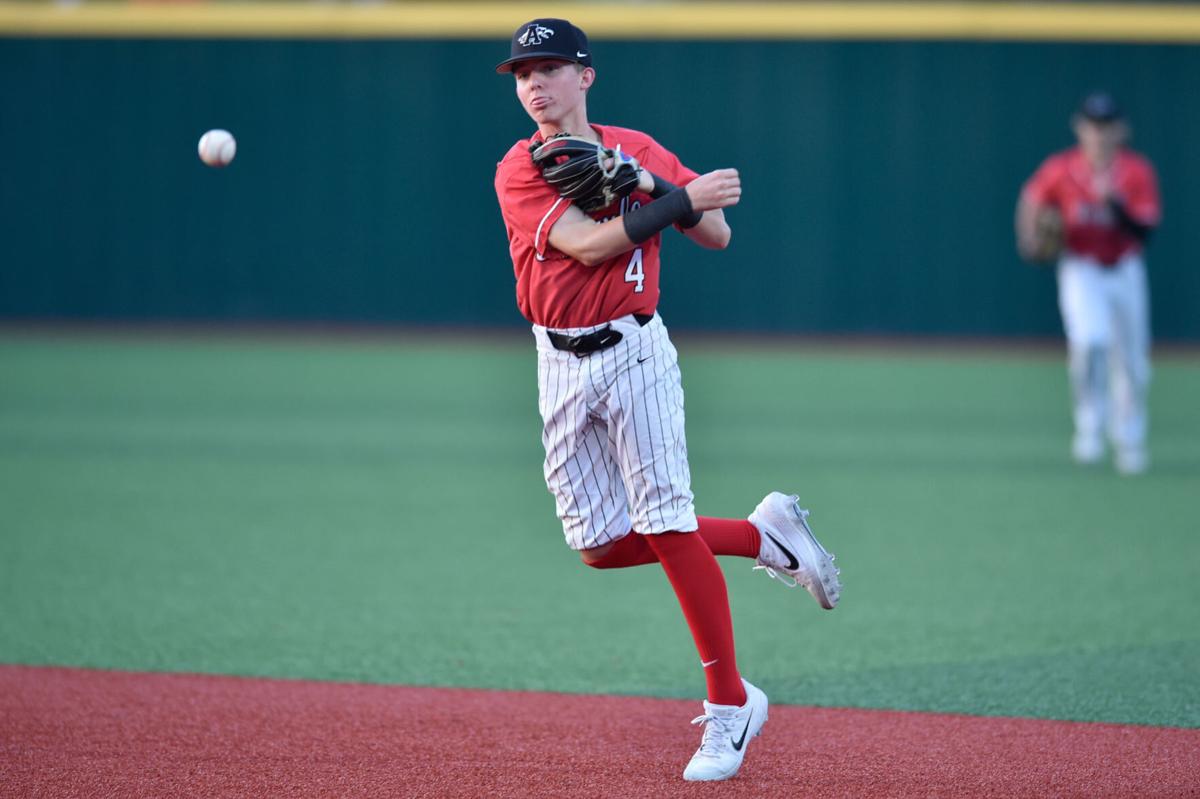 Argyle's J.C. Davis (4) fields a ground ball and throws a Stephenville runner out at first base at Celina High School, Wednesday, June 2, 2021, in Celina, Texas. 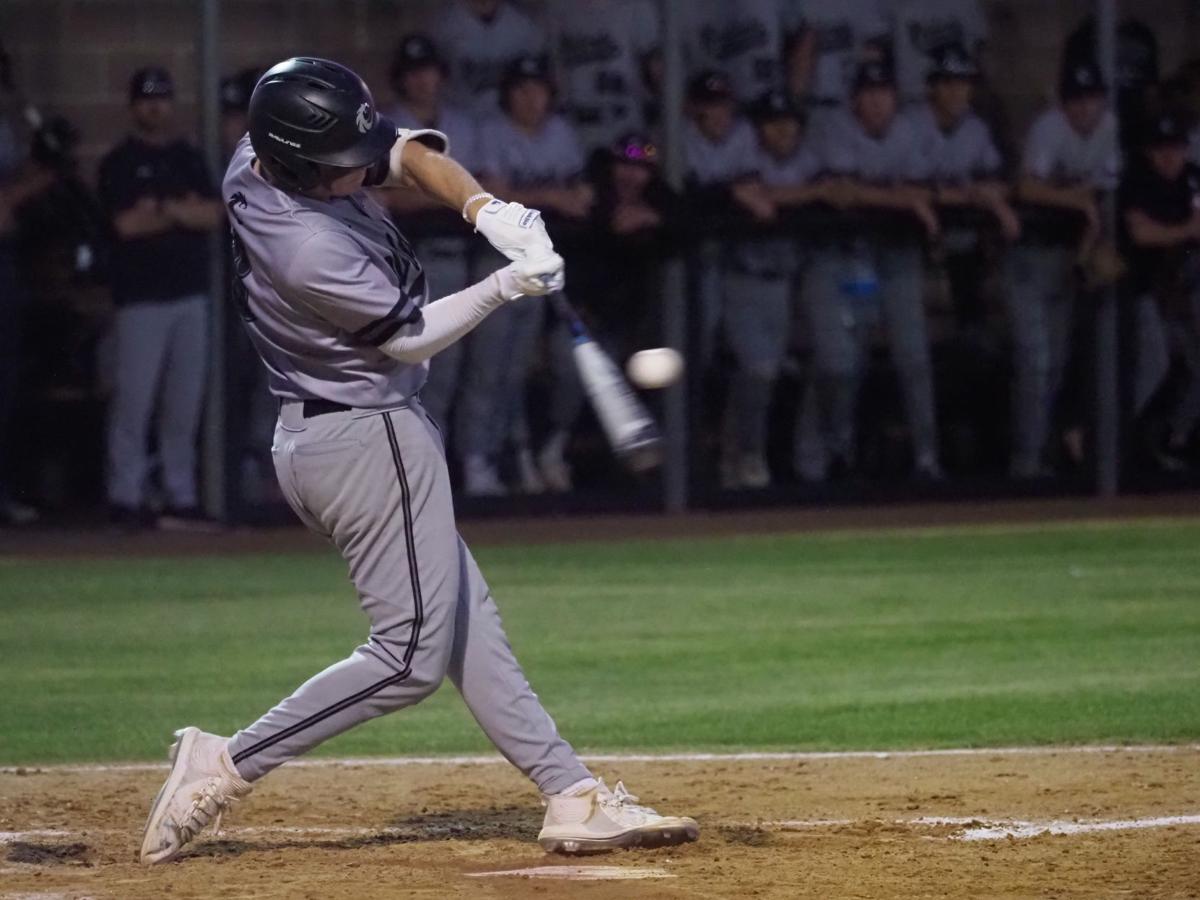 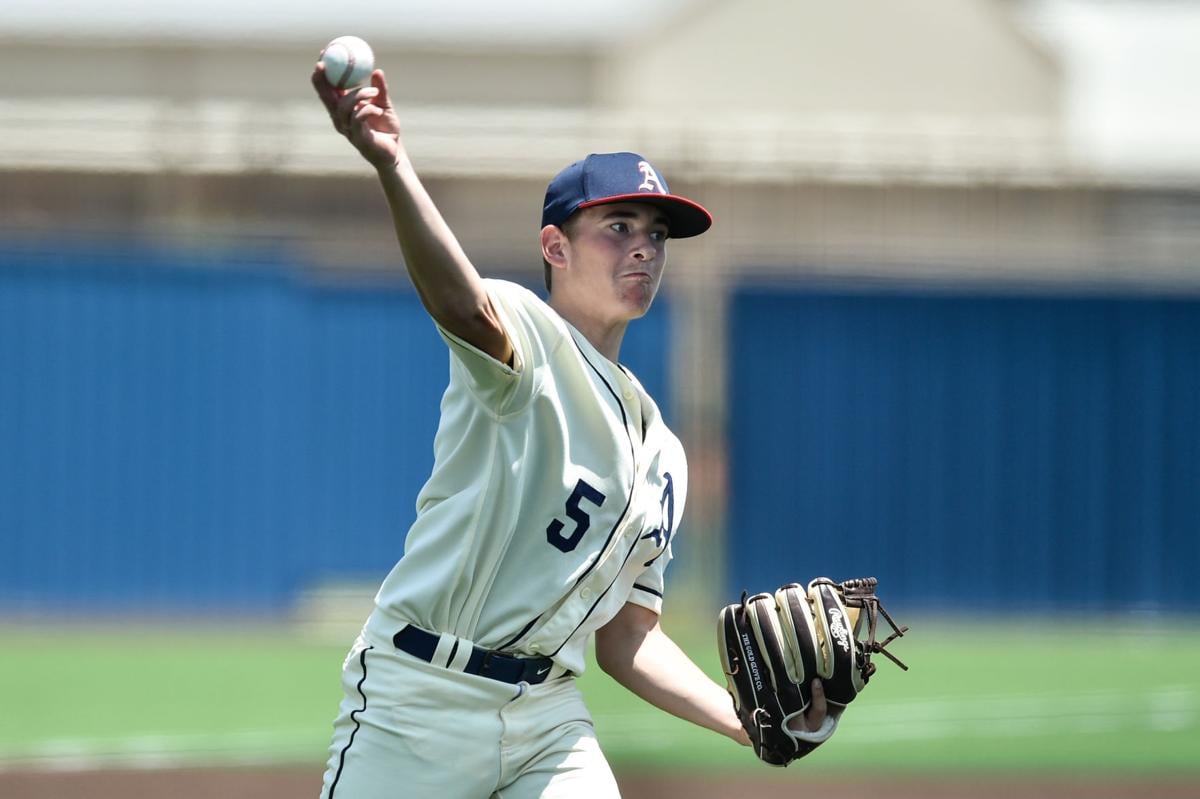 Aubrey's Wade Huckaby (5) fields a bunt from Kennedale and throws them out at first base at Aubrey High School, Saturday, May 8, 2021, in Aubrey, Texas. 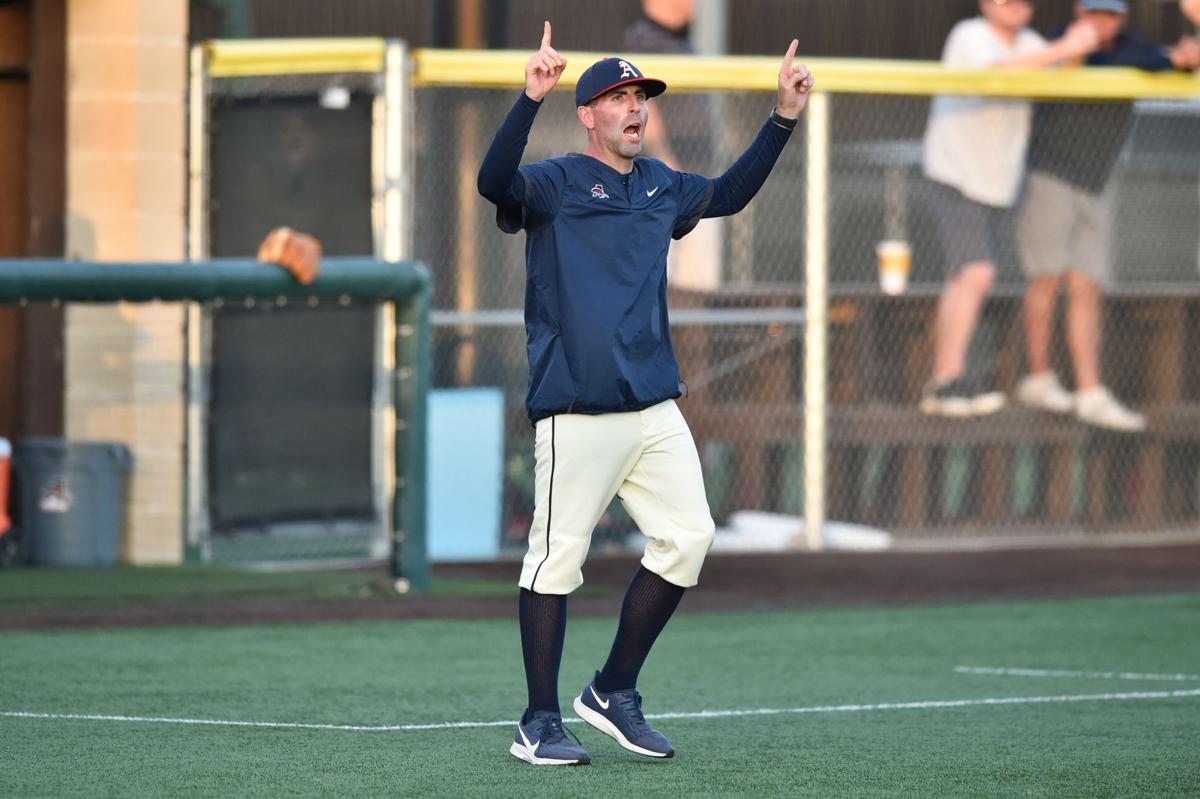 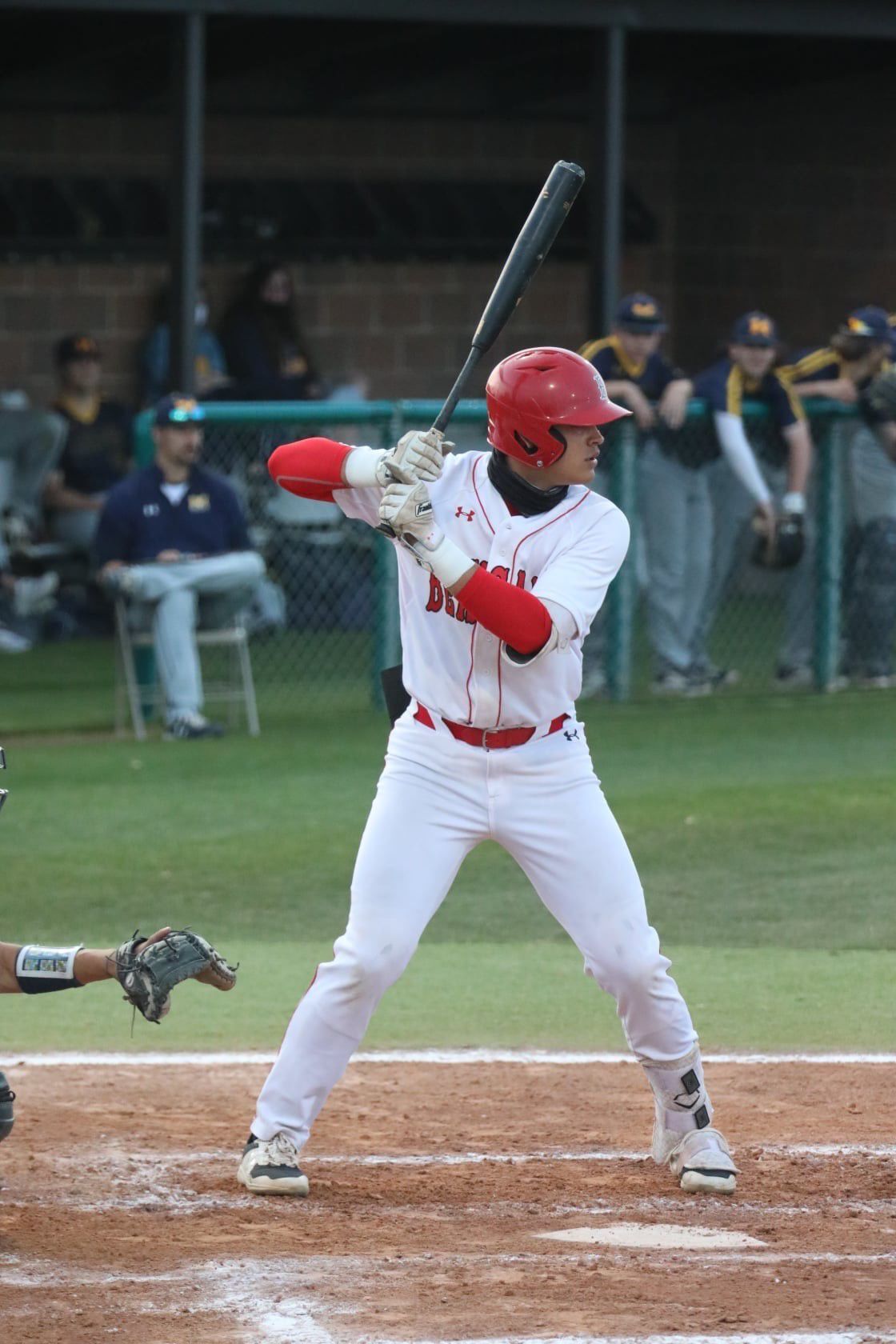 It was impossible to miss Jaxon Holder when he was on the field this past spring. Aubrey’s shortstop made highlight reel plays at shortstop and was an even bigger force at the plate. The Dallas Baptist signee hit .392, belted nine doubles, nine triples and two home runs while tallying 31 RBIs. Holder led Aubrey on its deepest playoff run in a decade, helping the Chaparrals reach the Class 4A Region II quarterfinal.

Co-Pitcher of the Year

Evan Brandt was part of a potent Argyle pitching staff that led the Eagles to the Class 4A Region I final. The junior posted an 11-1 record and 1.41 ERA while striking out 68. He was the District 7-4A Pitcher of the Year.

Co-Pitcher of the Year

Trevor Duck posted an 11-1 record in 2021 and was one of the top pitchers in the Denton area. He struck out 83 batters on his way to posting a 1.83 ERA. The junior was a District 7-4A first team selection and led Argyle on a deep playoff run.

Offensive Player of the Year

Jayson Jones hit an impressive .377 in addition to posting a 1.339 on-base plus slugging percentage. The Arkansas commit tallied 22 RBIs and belted four home runs en route to being selected to play in the 2021 MLB All-American game. Jones was a District 5-6A first-team selection.

Defensive Player of the Year

JC Davis was the heartbeat behind an incredibly stout Argyle defense. The Eagles’ second baseman was terrific in the middle infield, posting a staggering .998 fielding percentage on 88 chances.

Utility Player of the Year

After Guyer lost its starting and backup catchers, Wes Duncan stepped in behind the plate after beginning the year at first base. Duncan led the Wildcats in home runs with three, hitting .253 with 23 RBIs. In the field, Duncan had 188 putouts on 207 total chances for a .990 fielding percentage. He was a District 5-6A first-team selection.

Newcomer of the Year

Wade Huckaby emerged as a legit No. 2 in Aubrey’s rotation behind senior southpaw Zak Taylor. In his sophomore campaign, Huckaby went 8-3 overall with a 2.25 ERA in 55 2/3 innings. He recorded 60 strikeouts to help the Chaparrals reach the region quarterfinal.

Coach of the Year

Nate Henry guided Aubrey to its most successful season in 10 years, as the Chaparrals advanced to the 4A Region II quarterfinal. Aubrey was ranked in the top 10 in Texas at various points in the season and finished 30-6.

Jacob Byrd hit .317 to lead Guyer on its run to the Class 6A playoffs. His batting average was the best among the Wildcats’ players and was impressive considering the Wildcats played in District 5-6A, one of the tougher leagues in the area. He belted a pair of doubles and earned first-team all-district honors.

Andy Fetters was second to only Jaxon Holder, the Denton Record-Chronicle’s All-Area MVP, in batting average among Aubrey’s players. The first baseman hit .356 and drove in 25 runs. Fetters was a second-team All-District 9-4A selection and helped lead the Chaparrals to the regional quarterfinals.

Caden Greanead tallied 79 strikeouts to go along with a 1.98 ERA in a season he established himself as Denton’s ace on the mound. The senior led the Broncos with a .341 average and 21 RBIs. He was one of the best two-way players in the Denton area in the 2021 season.

Tyler Grubbs led Argyle at the plate with a .422 batting average and helped lead the Eagles on their run to the Class 4A Region I final. His on-base plus slugging percentage checked in at 1.014. The Eagles’ centerfielder also posted 23 RBIs and was one of the Denton area’s top offensive players.

Elijah Howard led Lake Dallas at the plate with a .337 average and a .848 on-base plus slugging percentage. In the outfield, Howard posted a .970 fielding percentage. The senior earned District 6-5A first-team honors and helped lead Lake Dallas to the Class 5A playoffs.

CJ Rice was named to the District 5-6A first-team as an outfielder after hitting .289 with three doubles and 14 RBIs. Patrolling center field, Rice made 56 putouts and had an assist on 58 chances for a .983 fielding percentage. Rice’s performance helped lift Guyer to the Class 6A playoffs.

Colton Roquemore emerged as one of the top young players in the Denton area as a freshman. The third baseman batted .329 and drove in 29 runs to help lead Argyle to the Class 4A Region I final. Roquemore posted a .896 fielding percentage while displaying his defensive prowess.

Denton catcher Justin Rumfield was terrific behind the plate, posting a .966 fielding percentage while playing one of the most demanding positions on the field. He earned District 6-5A first-team honors after batting .316 with 16 RBIs, two home runs and a 1.021 on-base plus slugging percentage.

Aubrey pitcher Zak Taylor was brilliant in his senior season, compiling a 9-2 overall record with a 1.85 ERA. The Chaparrals’ ace struck out 91 in 71 1/3 innings on his way to earning District 9-4A first-team honors. Taylor led Aubrey on a long playoff run that concluded in the regional quarterfinals.

Cade Tucker led Krum in several statistical categories, including batting at .446 and on-base plus slugging percentage at 1.265. The District 7-4A Utility Player of the Year drove in 22 runs and belted two home runs. He was one of the top all-around offensive players in the Denton area.