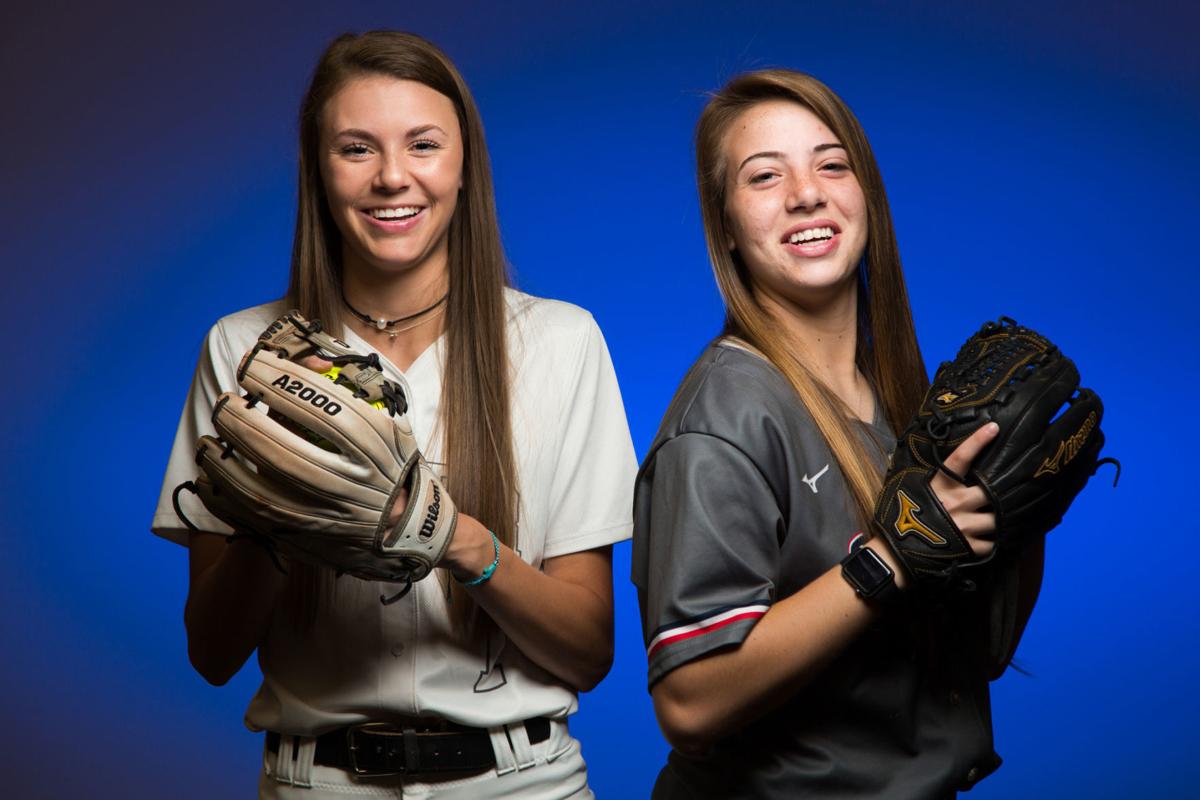 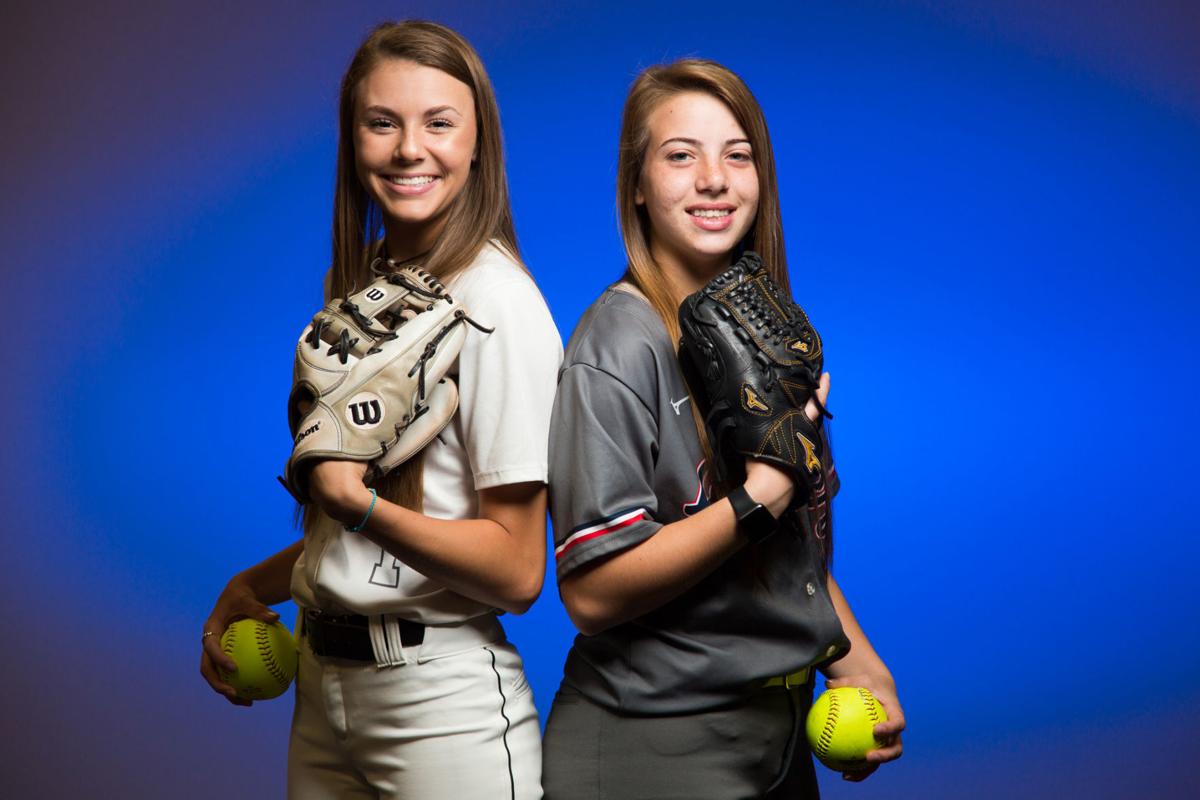 Guyer and Aubrey were the best softball teams in the Denton Record-Chronicle’s coverage area from start to finish this year. The Lady Wildcats and Lady Chaparrals were the only teams to advance to the region quarterfinals, and each finished with at least 24 wins.

Guyer senior Morgan Medford and Aubrey junior Laney Roos were a huge part of their teams’ success and quickly solidified themselves as the DRC All-Area Softball Team co-MVPs.

Medford, a four-year starter, was a human highlight reel at shortstop and hit .509 with 33 RBIs and 51 runs as a senior. Her efforts helped the Lady Wildcats advance to the third round of the playoffs for the second straight year, and Medford was named the offensive player of the year in District 5-6A.

Medford has been one of the Denton area’s most consistent players throughout her career, and she hit at least .508 in each of her four seasons at Guyer.

“I wanted to hit that well for my team,” Medford said. “As a leadoff hitter, if you don’t get on, it’s kind of a momentum killer. I never wanted to let them down. It was always my goal to have good at-bats to do my part to produce for the team.”

Roos, who also has started since her freshman season, hit .573 with 30 extra-base hits and 45 RBIs while going 20-3 in the circle with 147 strikeouts and a 2.18 ERA in 128 2/3 innings. Her success, both at the plate and as a pitcher, helped Aubrey bounce back from a disappointing first-round exit from the 2018 playoffs.

The Lady Chaparrals spent most of that year ranked in the top five in Class 4A and won the District 11-4A championship before being bounced from the playoffs by district rival Melissa. Roos was the district’s co-MVP.

“It was sad losing in the first round last year, but we decided to turn everything up this year,” Roos said. “Whether it was the offseason or working out in the mornings and after school, we just turned it up because we wanted to go further this year. We didn’t get as far as we wanted to, but we still accomplished more than we did last year.” 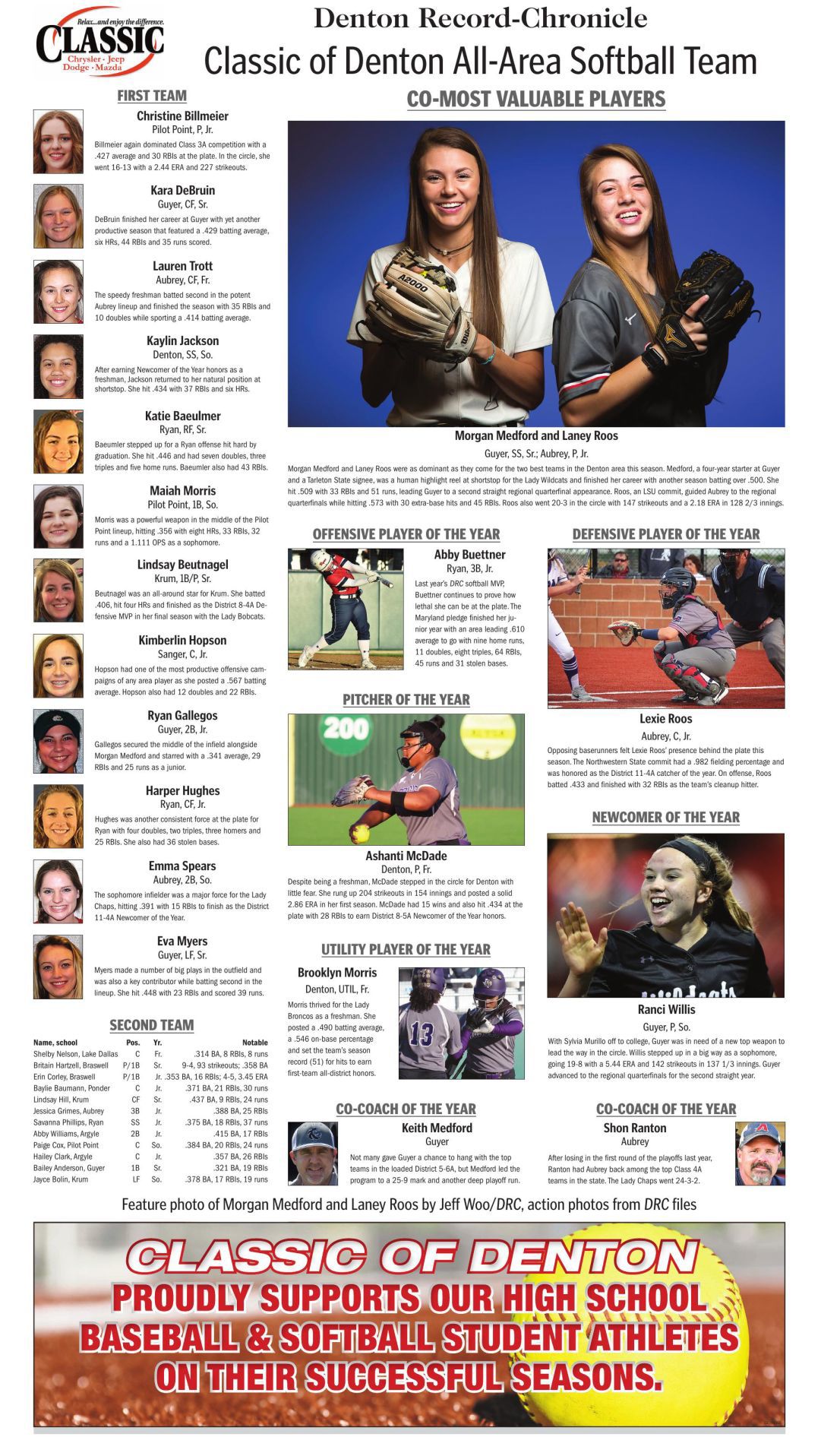 Medford and Roos will continue their careers at the college level, with Medford set to join coach Mark Cumpian at Tarleton State next season. Medford is expected to compete for a starting spot on a team that won 40 games and advanced to the NCAA South Central Regional.

Medford, who played for her dad, Keith Medford, at Guyer, said it will be bittersweet moving on to the college level and playing for a new coach.

“Whenever we played our last game, it still didn’t feel real that I didn’t have another one to play for my dad,” Morgan Medford said. “At our banquet, I just lost it. I was giving a speech and talking about how awesome my time was at Guyer, and I couldn’t stop crying. It was definitely a special year.

“All these years, not just high school ball, were spent playing for him — and it’s over. Now he’s sending me off to play for someone else.”

Roos, on the other hand, has another year of high school left. She has been committed to LSU since her freshman year and is still ecstatic about playing for the Lady Tigers, but is first looking forward to playing for a state championship as a senior with the Lady Chaparrals.

Roos and her twin sister, Northwestern State commit Lexie Roos, are among a talented group returning for Aubrey.

“I’ve never thought of playing for any other school,” Laney Roos said. “It doesn’t seem real that next year is my last year at Aubrey — it feels like I was just a freshman. It would be awesome to play in the state tournament next season. It’s not something everyone gets to experience, so it would definitely be something to remember.”

Morgan Medford and Laney Roos were as dominant as they come for the two best teams in the Denton area this season. Medford, a four-year starter at Guyer and a Tarleton State signee, was a human highlight reel at shortstop for the Lady Wildcats and finished her career with another season batting over .500. She hit .509 with 33 RBIs and 51 runs, leading Guyer to a second straight regional quarterfinal appearance. Roos, an LSU commit, guided Aubrey to the regional quarterfinals while hitting .573 with 30 extra-base hits and 45 RBIs. Roos also went 20-3 in the circle with 147 strikeouts and a 2.18 ERA in 128 2/3 innings.

Offensive Player of the Year — Abby Buettner (Ryan, 3B, Jr.)

Last year’s DRC softball MVP, Buettner continues to prove how lethal she can be at the plate. The Maryland pledge finished her junior year with an area leading .610 average to go with nine home runs, 11 doubles, eight triples, 64 RBIs, 45 runs and 31 stolen bases.

Opposing baserunners felt Lexie Roos’ presence behind the plate this season. The Northwestern State commit had a .982 fielding percentage and was honored as the District 11-4A catcher of the year. On offense, Roos batted .433 and finished with 32 RBIs as the team’s cleanup hitter.

Despite being a freshman, McDade stepped in the circle for Denton with little fear. She rung up 204 strikeouts in 154 innings and posted a solid 2.86 ERA in her first season. McDade had 15 wins and also hit .434 at the plate with 28 RBIs to earn District 8-5A Newcomer of the Year honors.

Morris thrived for the Lady Broncos as a freshman. She posted a .490 batting average, a .546 on-base percentage and set the team’s season record (51) for hits to earn first-team all-district honors.

Newcomer of the Year — Ranci Willis (Guyer, P, So.)

With Sylvia Murillo off to college, Guyer was in need of a new top weapon to lead the way in the circle. Willis stepped up in a big way as a sophomore, going 19-8 with a 5.44 ERA and 142 strikeouts in 137 1/3 innings. Guyer advanced to the regional quarterfinals for the second straight year.

Not many gave Guyer a chance to hang with the top teams in the loaded District 5-6A, but Medford led the program to a 25-9 mark and another deep playoff run.

After losing in the first round of the playoffs last year, Ranton had Aubrey back among the top Class 4A teams in the state. The Lady Chaps went 24-3-2.

Lauren Trott (Aubrey, CF, Fr.) — The speedy freshman batted second in the potent Aubrey lineup and finished the season with 35 RBIs and 10 doubles while sporting a .414 batting average.

Kaylin Jackson (Denton, SS, So.) — After earning Newcomer of the Year honors as a freshman, Jackson returned to her natural position at shortstop. She hit .434 with 37 RBIs and six HRs.

Lindsay Beutnagel (Krum, 1B/P, Sr.) — Beutnagel was an all-around star for Krum. She batted .406, hit four HRs and finished as the District 8-4A Defensive MVP in her final season with the Lady Bobcats.

Kimberlin Hopson (Sanger, C, Jr.) — Hopson had one of the most productive offensive campaigns of any area player as she posted a .567 batting average. Hopson also had 12 doubles and 22 RBIs.

Ryan Gallegos (Guyer, 2B, Jr.) — Gallegos secured the middle of the infield alongside Morgan Medford and starred with a .341 average, 29 RBIs and 25 runs as a junior.

Harper Hughes (Ryan, CF, Jr.) — Hughes was another consistent force at the plate for Ryan with four doubles, two triples, three homers and 25 RBIs. She also had 36 stolen bases.

Emma Spears (Aubrey, 2B, So.) — The sophomore infielder was a major force for the Lady Chaps, hitting .391 with 15 RBIs to finish as the District 11-4A Newcomer of the Year.

Eva Myers (Guyer, LF, Sr.) — Myers made a number of big plays in the outfield and was also a key contributor while batting second in the lineup. She hit .448 with 23 RBIs and scored 39 runs.

BRADY KEANE can be reached via Twitter at @BradyKeane.