There was never much doubt as to which players were going to walk away with the Denton Record-Chronicle’s 2019 All-Area Basketball Team MVP awards.

On the girls side, Argyle junior Rhyle McKinney set the tone for a dominant season in the Lady Eagles’ first few games. McKinney scored 22 points against Class 5A Birdville before dropping 37 against Class 6A Southlake Carroll, and her scoring never slowed while leading Argyle to its fifth consecutive Class 4A state championship.

As for the boys, Guyer seniors De’Vion Harmon and Jalen Wilson entered the season as the only players in the Denton area either committed or signed to a Division I program. Once again, Harmon (Oklahoma) and Wilson (Michigan) lived up to the hype surrounding their names by leading the Wildcats to the 6A Region I final for the second straight year.

With their season-long performances separating themselves from the competition, McKinney, Harmon and Wilson were named the unanimous girls and boys DRC all-area MVPs.

“It’s crazy that my high school career is over, but it was a fun run and I’m definitely going to miss it,” Harmon said. “We weren’t able to get a state championship, but that’s behind us now. My focus is getting to OU, getting ready to get to work and making a run at a national championship.

“It’s crazy just hearing that come out of my mouth. High school basketball was a lot of fun, but at the same time I’m ready to start what’s new.”

Harmon and Wilson are just a few months from stepping foot on campus at a pair of programs that made this year’s NCAA tournament, and they’ll go down as two of the best high school basketball players to come through the Denton school district.

Wilson, who moved from Arlington to Denton for his freshman year, said one of his favorite high school memories was experiencing Guyer’s rise as a basketball powerhouse. The Wildcats spent the majority of the last two seasons ranked No. 1 in 6A, and Harmon and Wilson posted a career record of 125-16 across their four years. 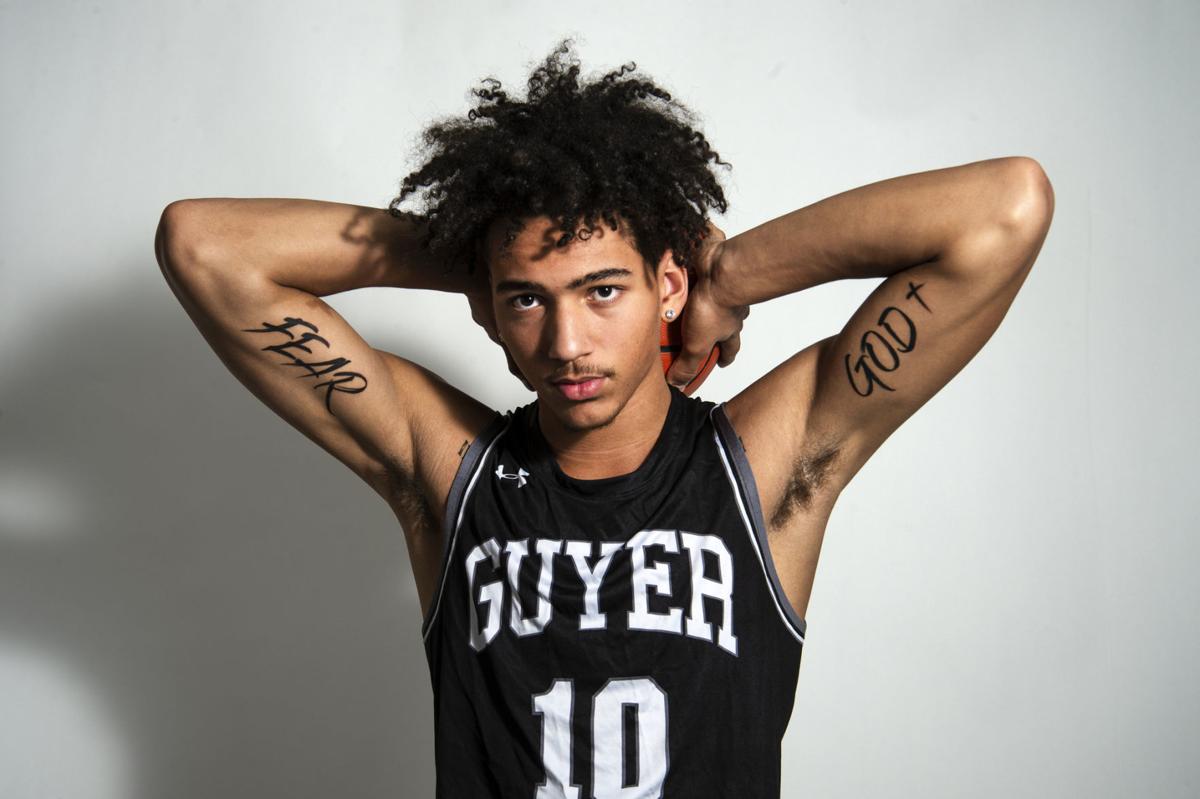 Jalen Wilson, who averaged 18.1 points, 7.5 rebounds and three assists as a senior, was the Co-MVP on the Denton Record-Chronicle's 2019 All-Area basketball team. Wilson is 247Sports' No. 44 player in the Class of 2019 and signed a National Letter of Intent with Michigan in November. 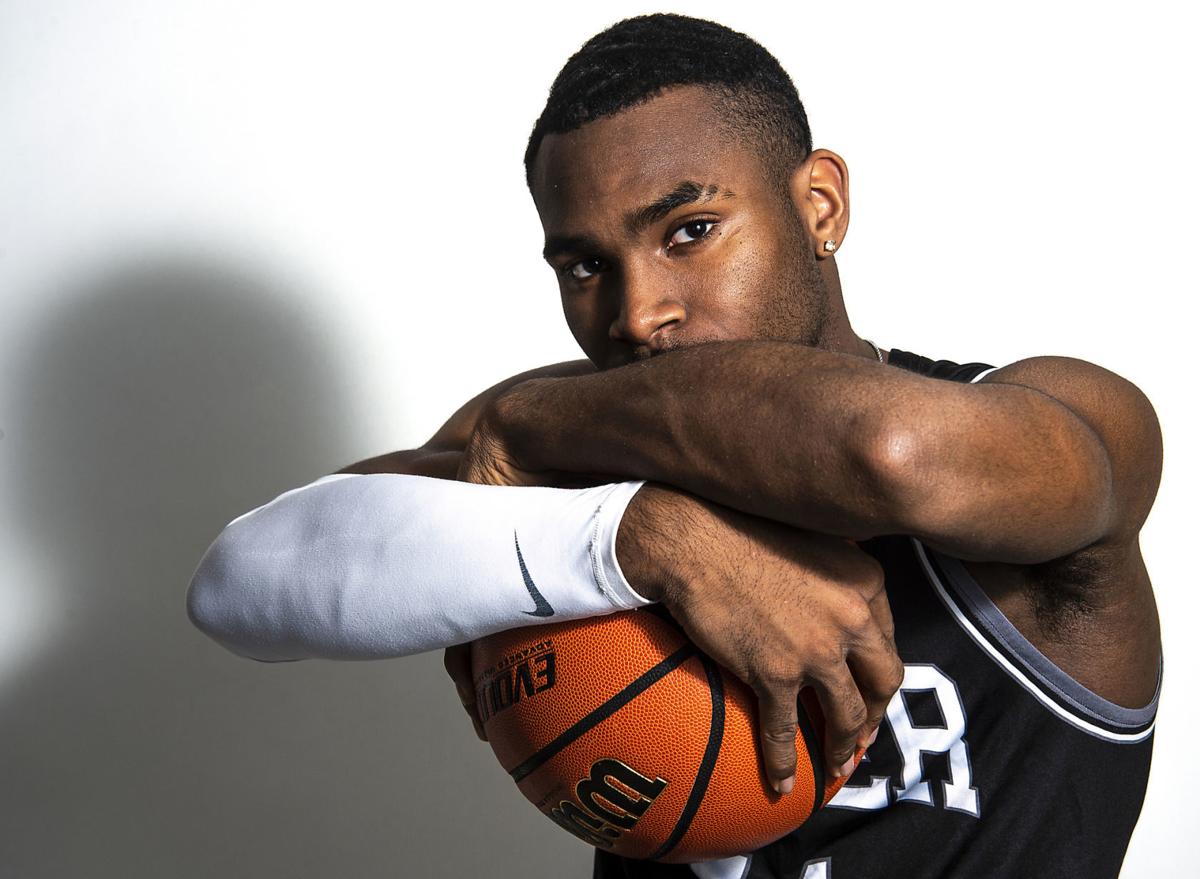 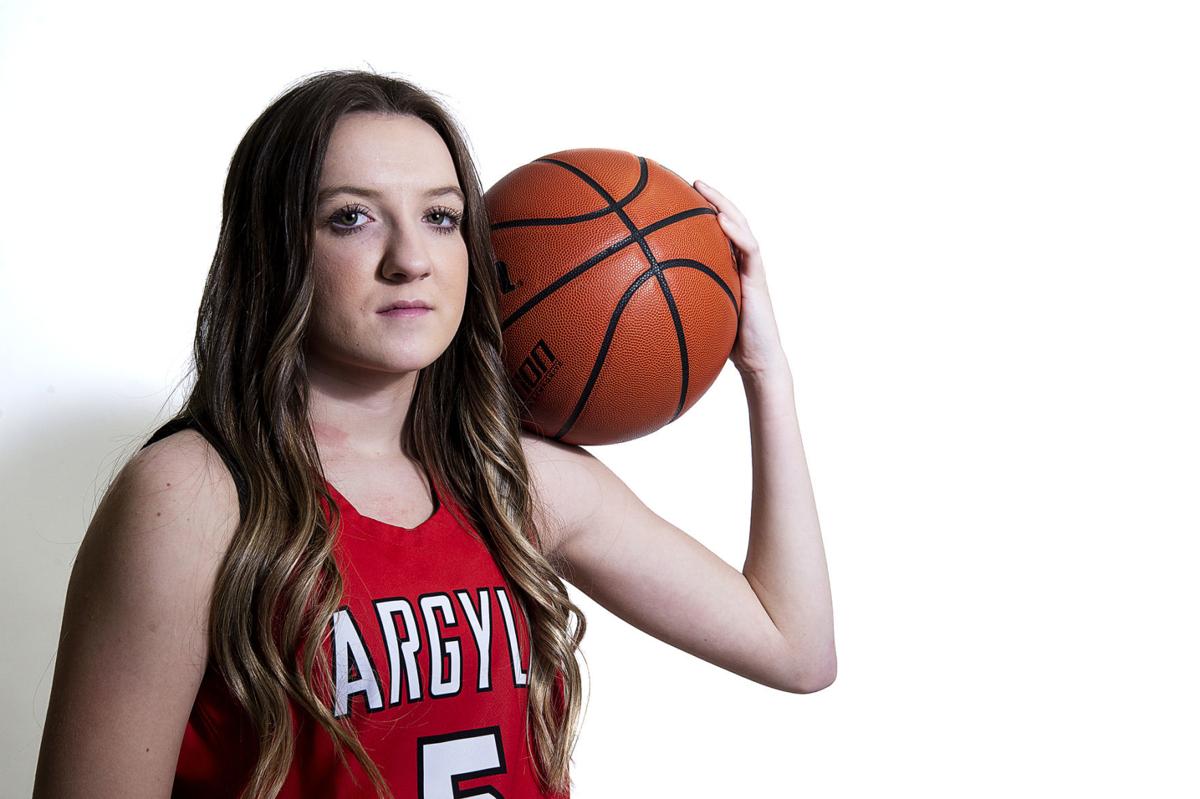 Jalen Wilson, who averaged 18.1 points, 7.5 rebounds and three assists as a senior, was the Co-MVP on the Denton Record-Chronicle's 2019 All-Area basketball team. Wilson is 247Sports' No. 44 player in the Class of 2019 and signed a National Letter of Intent with Michigan in November.

“It changed a lot,” Wilson said. “Freshman and sophomore year, our games would be kind of empty. Kids weren’t intrigued by basketball the way they were by Friday night football. Winning games, playing in different events and making a name for ourselves made a difference. Slowly but surely, we turned Guyer into more of a school that cared about basketball.”

As good as Harmon and Wilson were as seniors, McKinney’s breakout campaign stole the show in the 2018-19 season. The junior averaged 23.9 points, 2.2 assists and 2.9 steals, and the DRC all-area MVP award is only the latest in a long line of accomplishments she’s racked up over the last several weeks.

McKinney was the District 8-4A MVP, the Region I all-tournament MVP, the 4A state tournament MVP, a consensus all-state selection and the Texas Girls Coaches Association Class 1A-4A player of the year.

Her dominance from start to finish this season, which included playoff wins over the state’s top four teams in succession, made McKinney a sure-fire MVP selection.

It marks the sixth straight year an Argyle girls basketball player has been named the DRC All-Area Basketball Team MVP. Krum’s Rachel Wallace was the last non-Argyle player to take home the award in 2013.

“It’s super exciting,” McKinney said. “It’s really awesome, and it’s cool to represent Argyle and keep a streak like that going. It’s pretty amazing, and I’ve worked hard for it.”

What’s even more exciting for Argyle is that McKinney — and key contributors including all-state point guard Brooklyn Carl, Abby Williams, Bailey Timmons and Kiley Lavelle — will be back for another run at the state title.

The Lady Eagles also will get Sydney Standifer, who has committed to Clemson, back after the sophomore missed the 2018-19 season with a torn ACL.

McKinney knows the return of an all-state-caliber player in Standifer could change the way Argyle approaches each game but is excited for what’s to come in her final season. The Lady Eagles will have a chance to join Nazareth (1977-82) as the only girls basketball programs in UIL history to win six consecutive titles.

“It’s a lot to look forward to,” McKinney said. “I’m really excited about what we have coming back. It would be really special to make it down [to state] and get a sixth straight title, but we’ll have to see.”