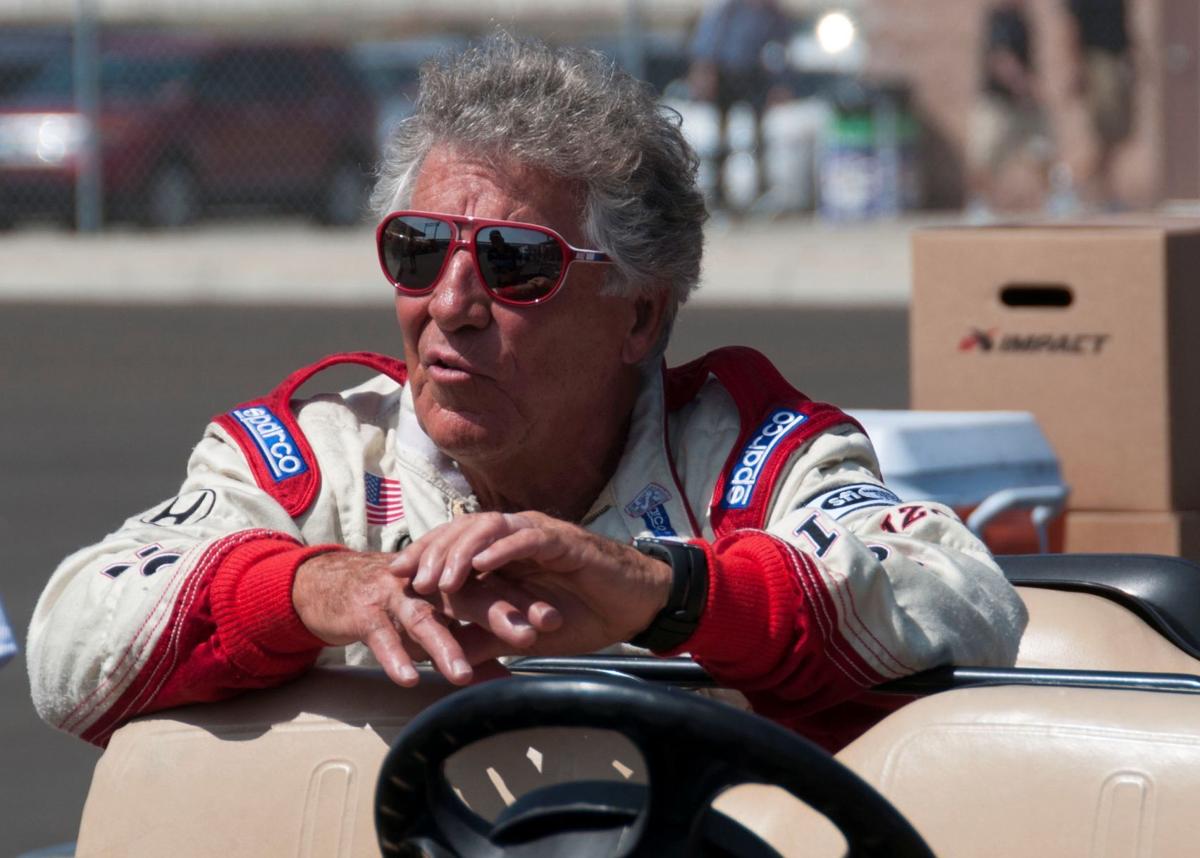 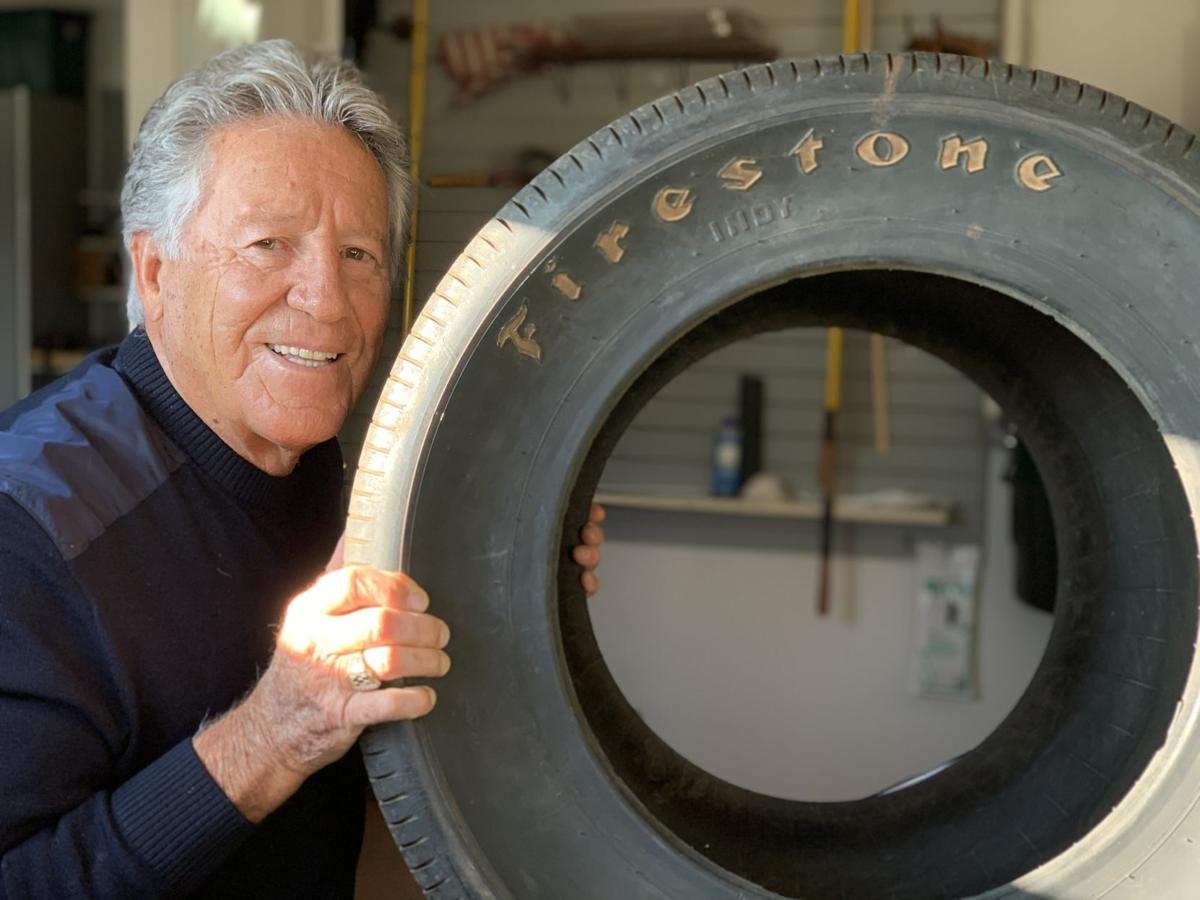 Andretti compared racers to actors on a Broadway stage, saying, “We need the fans and their energy. It’s so much a part of it — all sports — it’s showbiz. We don’t like to admit it. When there’s people at the racetrack, you just feel like getting it up even more.”

Andretti compared racers to actors on a Broadway stage, saying, “We need the fans and their energy. It’s so much a part of it — all sports — it’s showbiz. We don’t like to admit it. When there’s people at the racetrack, you just feel like getting it up even more.”

Scott Dixon and Mario Andretti. One has a resume that makes him one of the greatest drivers of all time.

The other one’s Mario Andretti.

Both drivers spoke with the Denton Record-Chronicle ahead of the NTT IndyCar Series season and this weekend’s doubleheader at Texas Motor Speedway.

Dixon, looking for a record-tying seventh championship, opened last season with his fourth victory in Fort Worth. All of his TMS wins have come in championship seasons.

“It’s a good trend if you keep winning at Texas,” Dixon said in a phone interview. “It’s kind of fun to look back at little nuances like that.”

One key to Dixon’s success is a constantly solid ride. This is the New Zealander’s 20th season with Chip Ganassi Racing.

“It’s really nice to have one constant while you chase all the other variables throughout the season,” Dixon said. “We’re in the business of winning. If you’re not winning races, you’re going to be moved along pretty quickly.”

Andretti said it’s advantageous for a driver to have the stability of a loyal car owner.

“You never have to look over your shoulder,” he said. “Ganassi has really been providing him with what he needs.

“My longest stint was 12 years with the Newman-Haas team, and I thought that was really something special.”

He retired in 1994 with 52 Indy car victories. Now 81, he still thrills fans and VIP guests by driving a two-seat Indy car at the start of each IndyCar Series race, so he’s had a front-row seat as Dixon racked up 50 wins of his own.

“It’s been amazing to win the championships and win the races and be in the same conversation as the Andrettis and the Unsers, even A.J. Foyt,” Dixon said.

And what will Andretti say to Dixon if he gets two more victories to match him for second place on the all-time list?

“‘Congratulations,’ and even give him a hug,” Andretti said. “I probably can’t say enough to compliment him. He’s a complete package.”

Topping the Indy car wins list with 67 is Houston’s Foyt, who also holds the record with seven championships.

“I dreamt big and wanted to be one of the best,” Dixon said. “I think A.J. is probably pretty safe on the wins tally, but maybe we can tie him on the championships.”

Dixon is off to a solid start in his quest, with finishes of third place in Birmingham, Alabama, and fifth in St. Petersburg, Florida, in the No. 9 Honda. He rolls into Denton County tied for second in the standings, two points behind leader Alex Palou.

Dixon’s four wins at TMS are matched only by Helio Castroneves.

Each race this week will pay full points toward the championship. The Genesys 300 is scheduled for 6:45 p.m. Saturday and the XPEL 375 for 4:15 p.m. Sunday. Both will be broadcast on NBCSN.

“I actually like doubleheaders,” Dixon said. “When you’re at the track, you should be racing, so I love the format.

Besides the twin bill, the major change this week will be the presence of fans, who were barred last year because of the COVID-19 pandemic.

“I can’t wait,” Dixon said. “Texas was probably the most extreme we had last year with the restrictions.

“Our sport is primarily about two things, right? That’s the fans and, secondly, the partnerships and sponsorships that the teams have.”

Andretti compared racers to actors on a Broadway stage.

“We need the fans and their energy,” he said. “It’s so much a part of it — all sports — it’s showbiz. We don’t like to admit it. When there’s people at the racetrack, you just feel like getting it up even more.”

He said the sight of empty stands really hit home at the Indianapolis 500, usually considered to be the largest single-day sporting event in the world.

“The pandemic is something you cannot compare with anything,” Andretti said. “On race day — not a solitary soul in the grandstand.

“We don’t want to see that again in our lifetime.”

With fans back this season, Andretti’s attention is on the competition.

“Several young lads are with the right teams and are ready to challenge the regulars,” he said. “That’s what creates the interest.”

Two of those youngsters have claimed the checkered flags this season — Colton Herta at St. Petersburg and Palou at Barber Motorsports Park.

Dixon has two new teammates this season with radically different backgrounds. There’s Palou, 24 and in his second IndyCar Series season, and then there’s seven-time NASCAR Cup Series champion Jimmie Johnson, 45 and driving an Indy car for the first time.

“It’s a big plus for IndyCar to have him in the races,” Andretti said of Johnson, who is only running the road and street races. “He’s another of those solid dudes.”

“It’s almost like he has to unlearn what he’s been doing for 20 years,” Dixon said. “It’s been great to work with Jimmie, to see his work ethic and his competitiveness. You can see why he’s been so dominant in NASCAR.

“It’s huge for IndyCar, it’s huge for motor sport around the world. There’s not many people who would step out of their comfort zone. I really admire his grittiness.”

Indianapolis and Gateway are the only other ovals on the schedule this season, and Andretti said TMS is the right fit for the sport.

“Indy cars are well-known for speed, and they sure as heck have it down there,” he said.