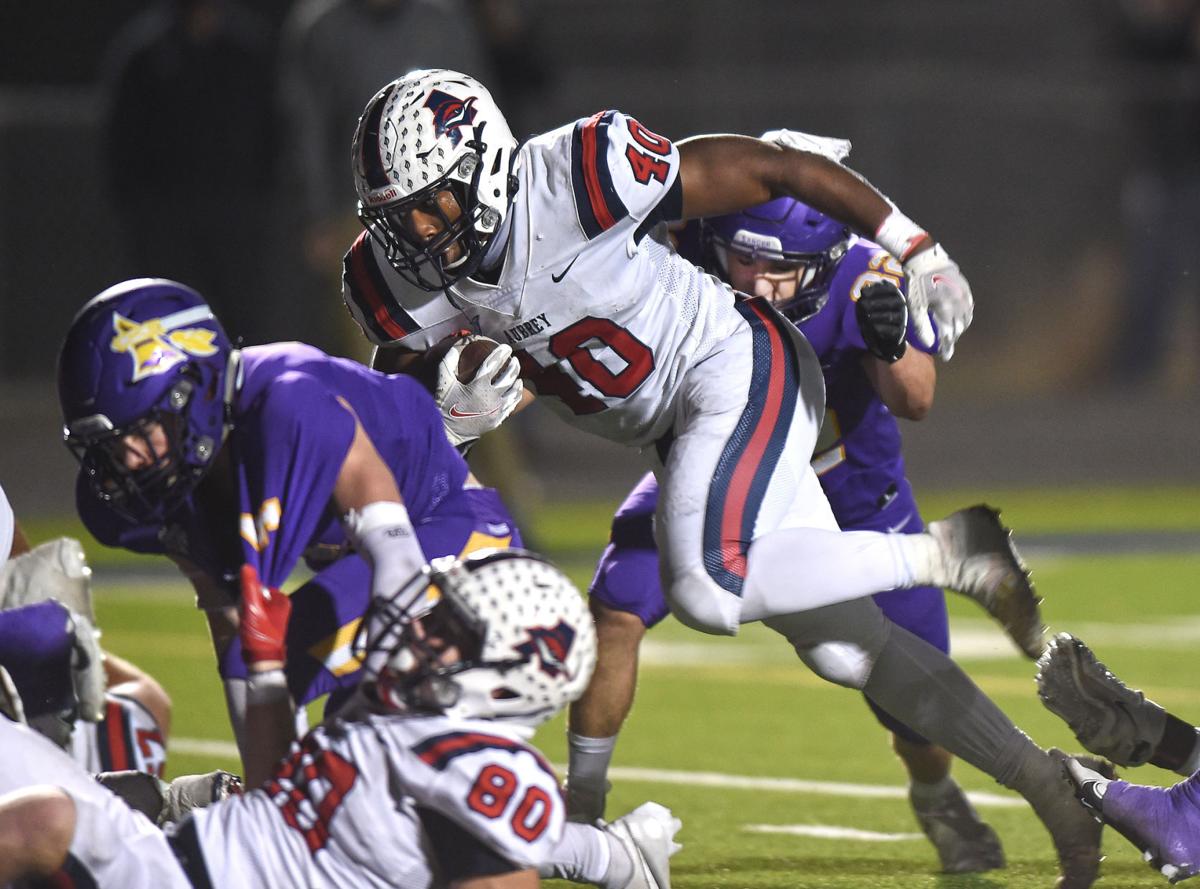 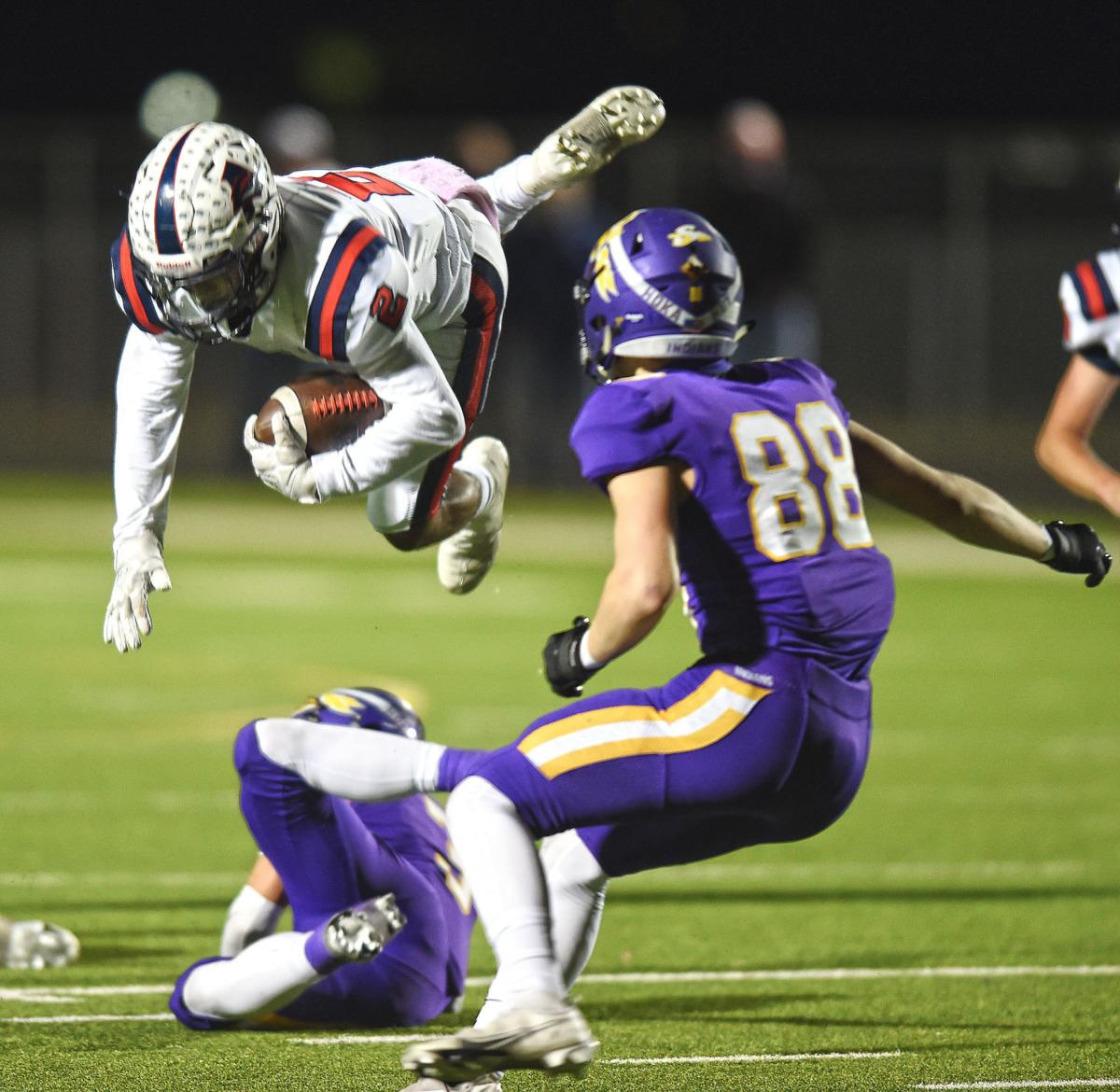 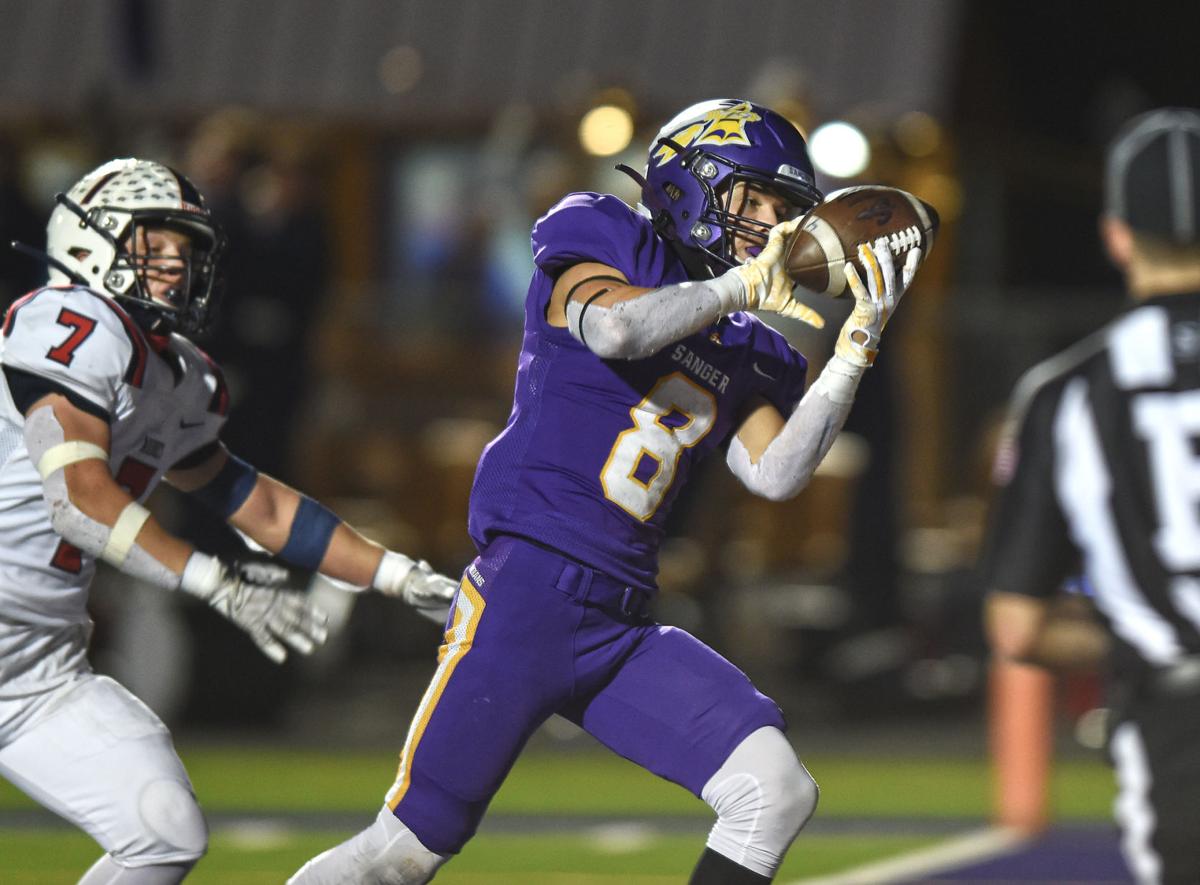 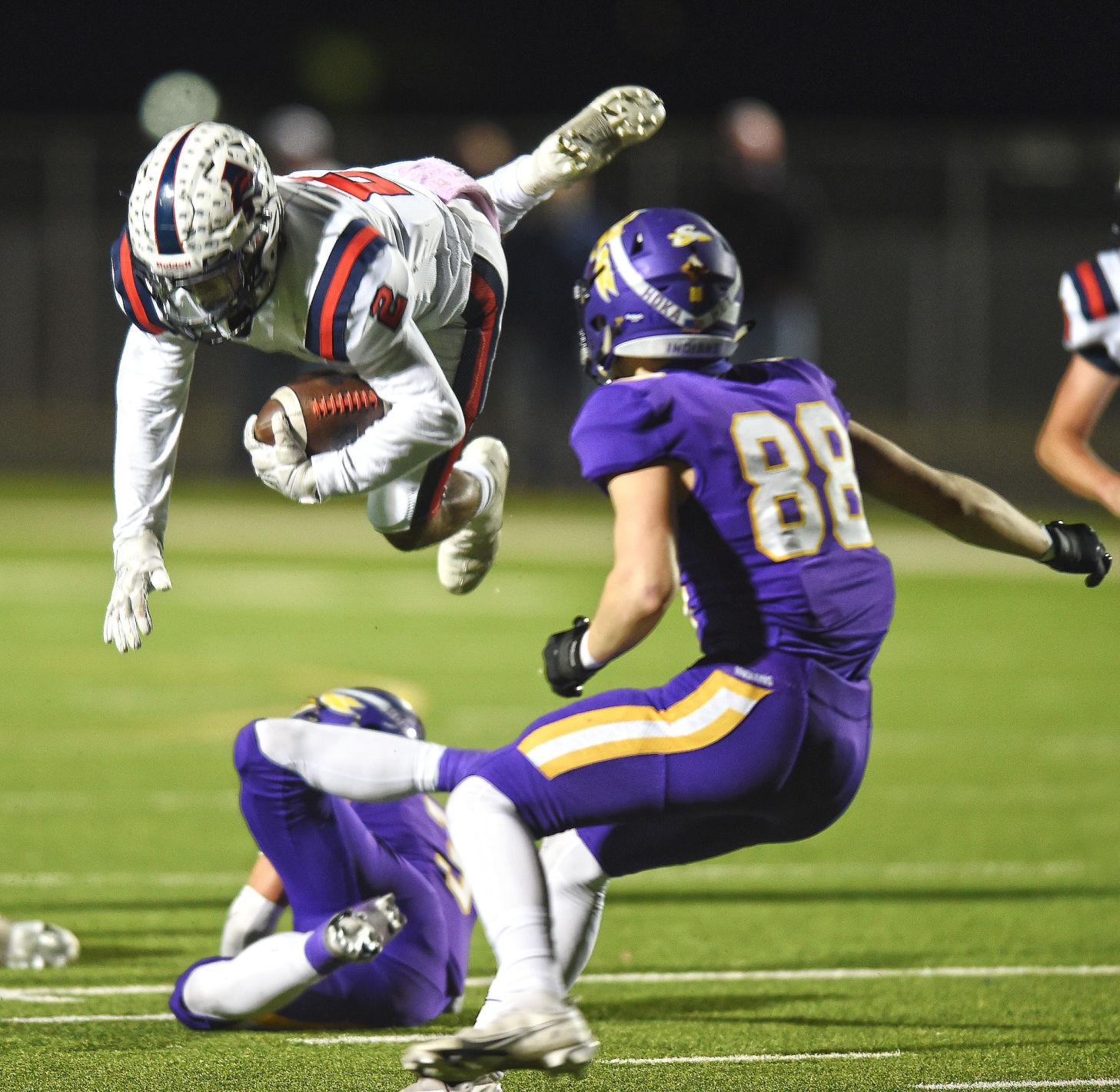 SANGER — The formula Aubrey has used for success this season has been fairly simple.

Get the ball to the Chaparrals’ pool of talented running backs any way possible.

Yet for a plan that is so simplistic, defenses have not had much luck stopping Aubrey. And on Friday night, Sanger was the latest team to discover just how difficult it can be to slow down the Chaparrals’ backfield.

Aubrey had three different rushers score touchdowns and four different runners eclipse 60 yards, as the Chaparrals handed the Indians their first loss of the season in a 48-25 rout.

“It’s just our running back by committee,” Aubrey coach Keith Ivy said. “It’s what we do every week, and it’s kind of our recipe. Those guys, a lot of them play defense or special teams. We try to roll them in there. We have a lot of confidence in all of them.”

For the second straight week, Martavious Hill scored three touchdowns, racking up 99 yards in the process. J.J. Cooke and Braylon Colgrove added a combined 131 yards on the ground.

Justin Gibby ended the night with two touchdowns and 64 yards, while Jackson Jennings tacked on another score for good measure.

“That offense does wear people down, but I thought our kids kept playing hard,” Sanger coach Rocky Smart said. “We didn’t give up the 60- or 80-yard runs that people have given up throughout the year. I’m proud of our defense. We bent some, but we never just broke.”

Aubrey took an early 7-0 lead on a 1-yard run from Hill, and then its defense rose to the occasion.

Wesley Huber jumped in front of a Rylan Smart screen pass and ran it back 40 yards, giving the Chaparrals a 14-0 lead. It was one of two first-quarter turnovers for Sanger.

The Indians coughed the ball up four times in the game and committed nine penalties for 60 yards. Sanger also marched all the way to the Aubrey 15-yard line on its first drive of the game, but turned the ball over on downs.

“Offensively, we moved the ball, but it was way too much shooting ourselves in the foot,” Smart said. “We’ve done a pretty good job of not doing that this year.

“Penalties will kill you, and they killed us tonight.”

Aubrey eventually took a 41-17 lead into the fourth quarter after Hill scored his third touchdown of the night. But Sanger responded, as Ben Turnbow recovered a fumble and ran it back 62 yards for a score to pull the Indians to within 41-25.

The Chaparrals quickly dashed any hopes of a Sanger comeback on their next drive, as Gibby’s second touchdown put Aubrey up 48-25.

Tallyn Welborn ran for 145 yards in the loss for the Indians, and he has now gone over the 1,000-yard mark for the season.

The loss dropped Sanger to 6-1 overall and 0-1 in District 4-4A Division II play.

Aubrey, meanwhile, improved to 7-1 and 2-0 in district play heading into its bye week.

And with just two games remaining, the Chaparrals are one step closer to locking up a district title for the first time in Ivy’s tenure as head coach.

“It’s an unbelievable feeling right now,” Ivy said. “The credit goes to our coaching staff. They’ve done an outstanding job this year preparing our kids each and every week. And our kids come to play, man. They believe. They bought in, and they’ve got big goals this year”