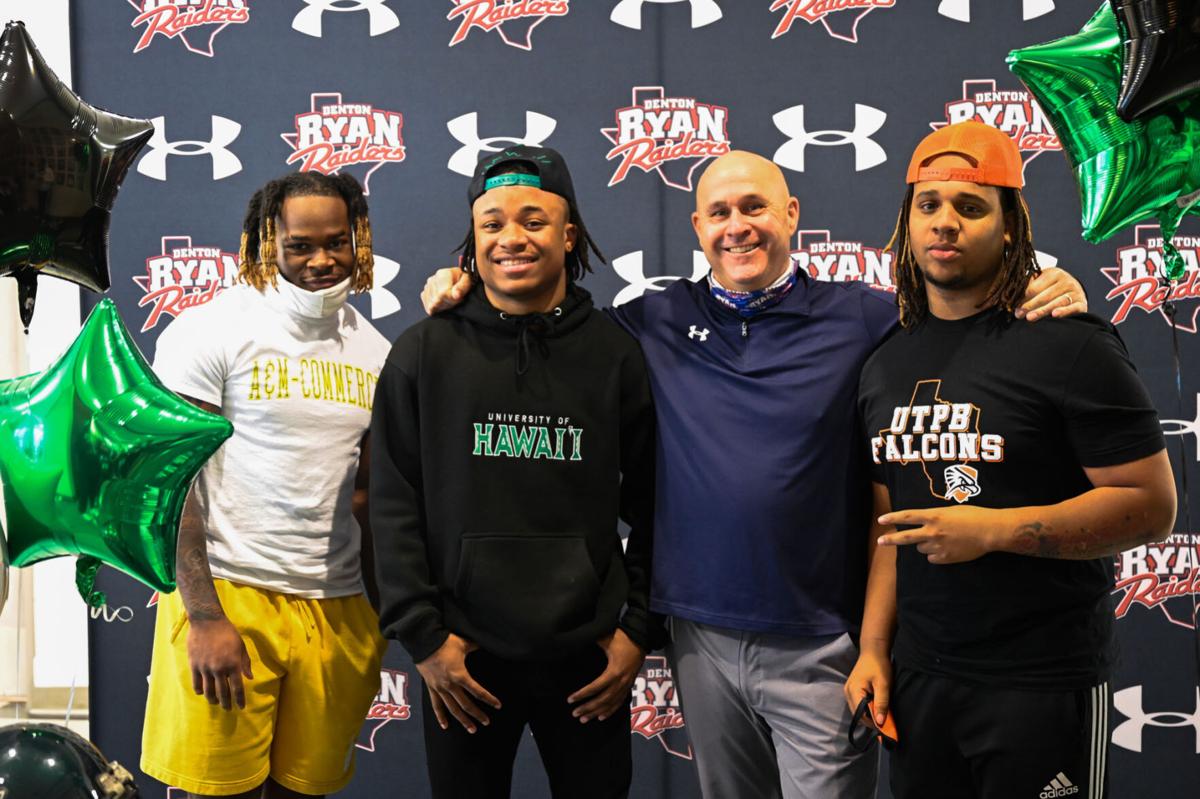 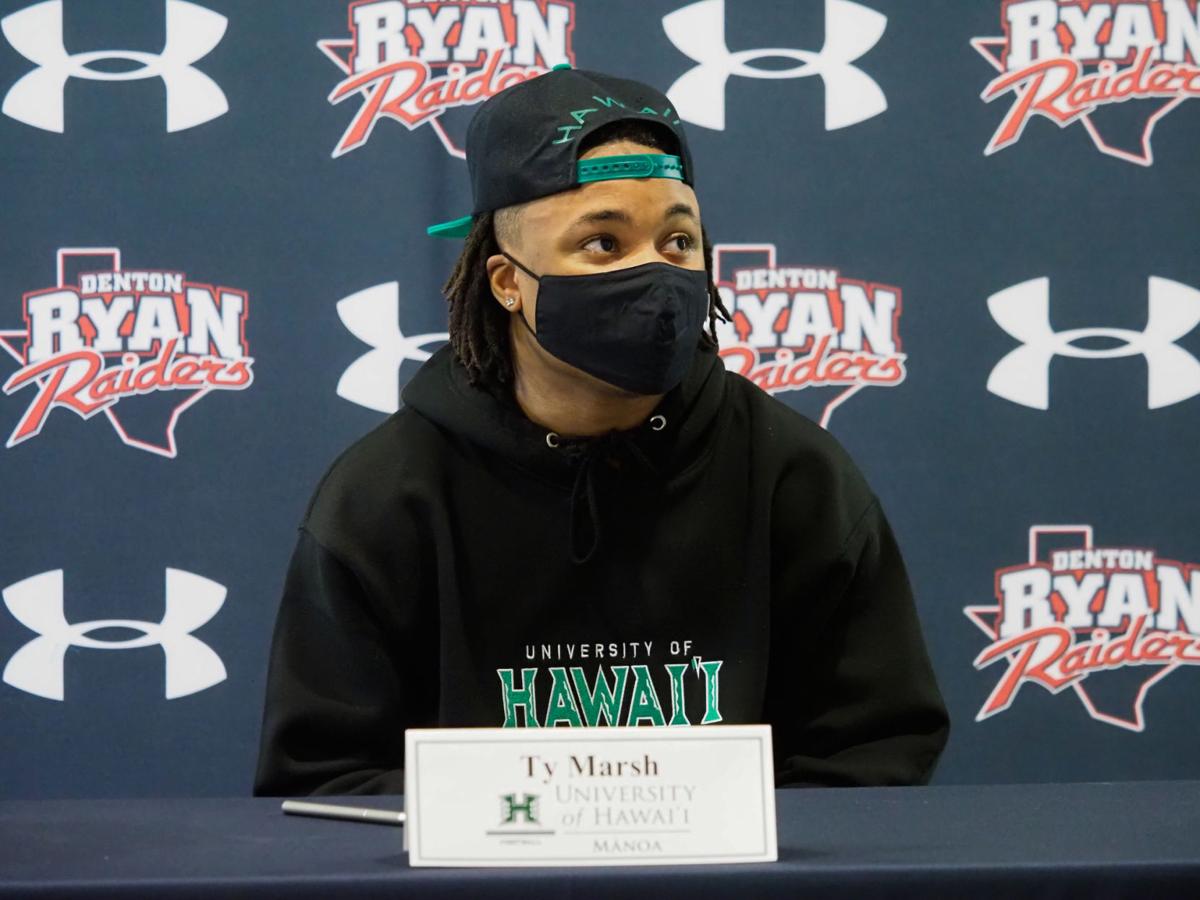 Ryan’s Ty Marsh is looking forward to playing for the University of Hawaii. “We have nice facilities here,” he said, “but you go out there, and it’s sunny every day.” 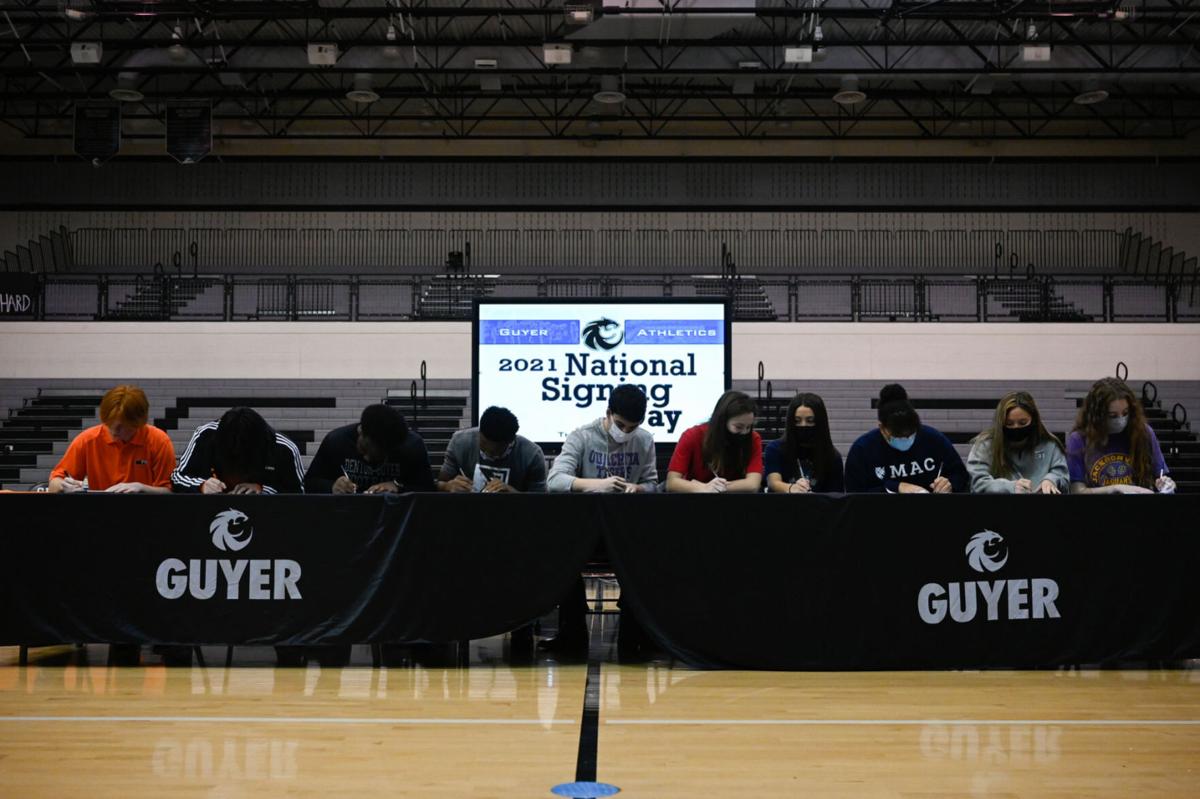 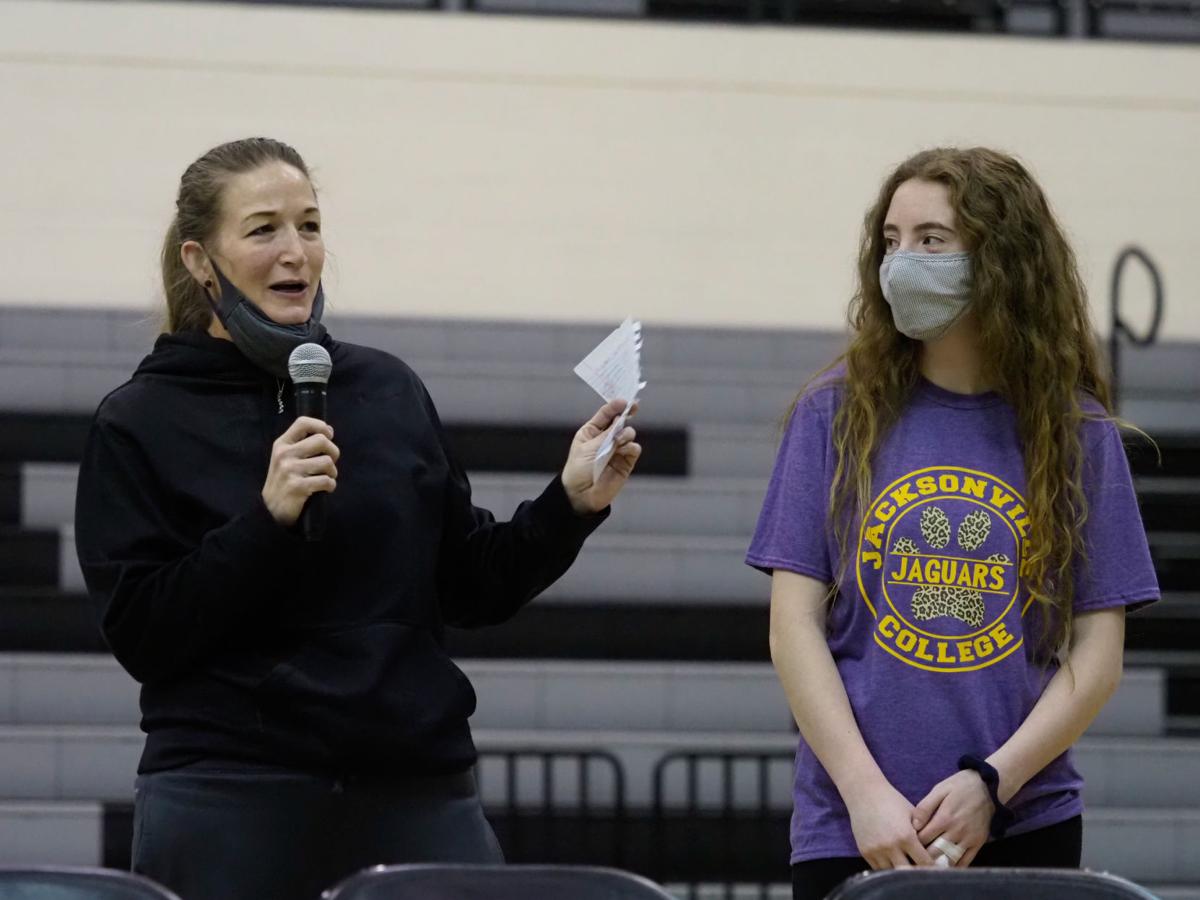 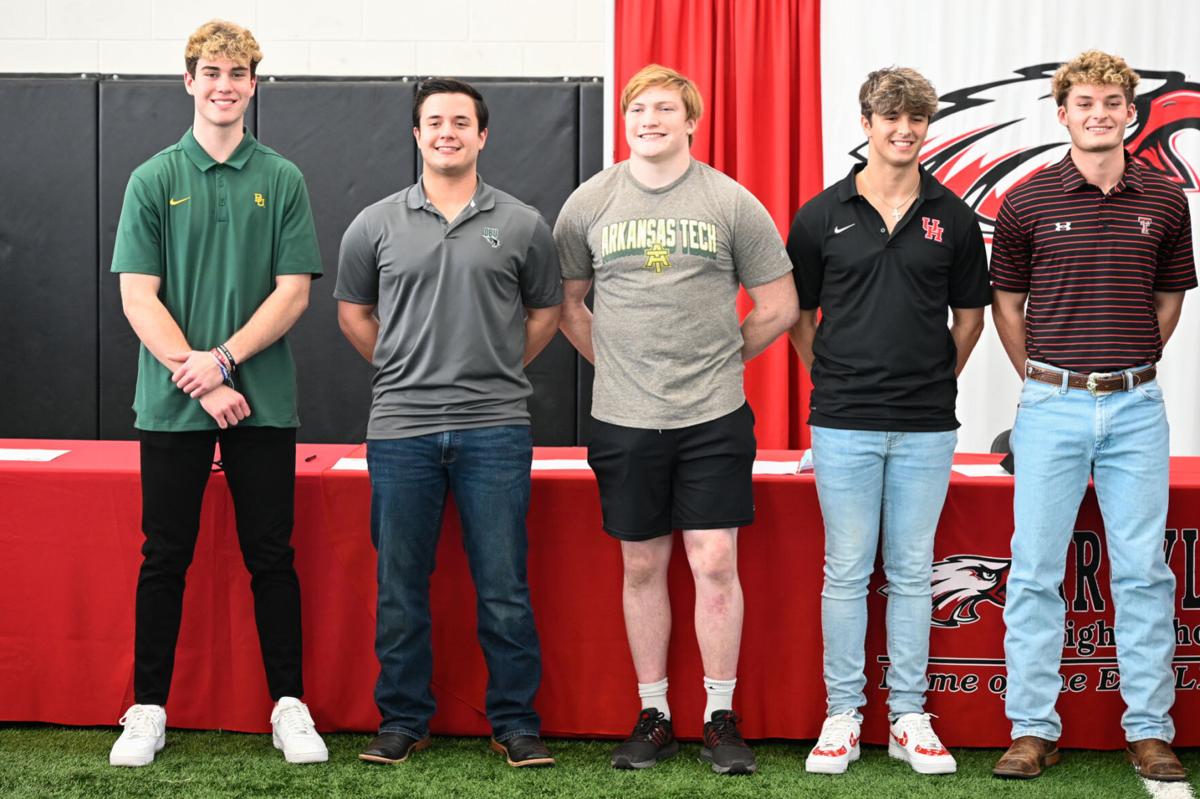 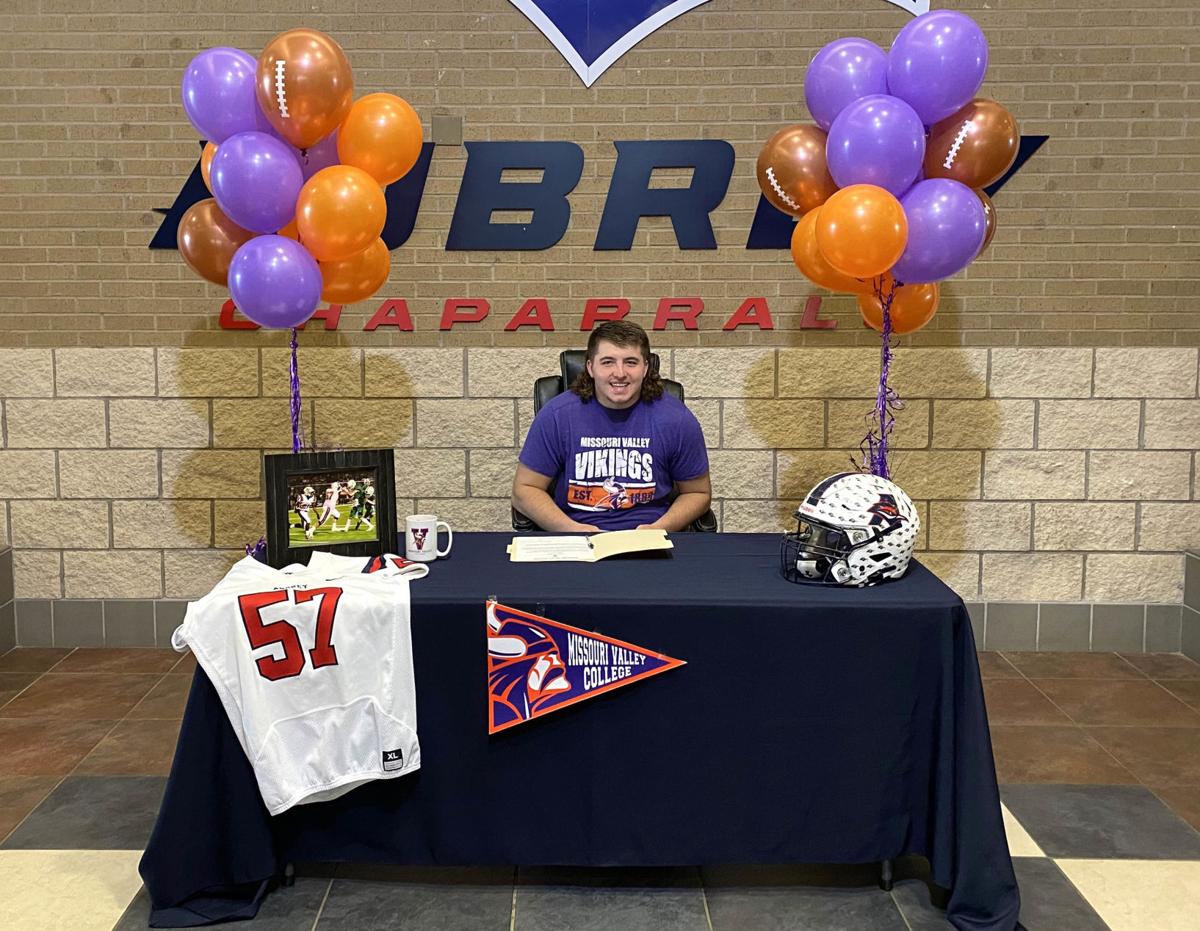 Ty Marsh knew that wherever he went to play college football, he’d have a chance to play for a great program with excellent facilities.

Not many Division I programs out there can compete with paradise, though.

Marsh, the defensive MVP of last month’s Class 5A Division I state title game, caught everyone’s attention last week when he verbally committed to Hawaii. On Wednesday, he made his trip to Oahu official at a special National Signing Day ceremony inside the Ryan field house.

“I most definitely see myself as an island boy,” Marsh said with a laugh. “As soon as you walk outside the coach’s office, the field is right there, and it’s surrounded by palm trees and stuff. I’m thinking, ‘That’s clean.’ And then you look to the right, and there’s an even bigger stadium, and I’m like, ‘That’s unbelievable.’ We have nice facilities here, but you go out there, and it’s sunny every day.”

But Marsh may have taken the biggest recruiting gamble of the three. Originally pledged to Houston, he decommitted Dec. 10 and admitted that he questioned whether that was a good decision so late in the process. Clearly, everything worked out. The senior safety was on Hawaii’s radar within a matter of weeks and perhaps sealed his next opportunity with one particular play in the title game. Following a huge catch by Cedar Park receiver Josh Cameron, Marsh didn’t give up on the play and forced a fumble before Cameron could get into the end zone. Marsh also came away with the recovery, fueling an eventual 59-14 win.

“That play was one of the first things they mentioned when we spoke,” Marsh said.

“At the end of the day, it all paid off,” Marsh said. “We played for 26 weeks, and even long before that. Just to get here is amazing.”

Elsewhere around the Denton area, Guyer and Argyle each had 10 signees, while Braswell had seven and Denton four.

Four members of the Wildcats football team, which advanced to the state semifinal for the second consecutive season, were celebrated at signing day ceremonies.

The Lady Wildcats basketball team, which clinched at least a share of the district title for the third consecutive season on Tuesday night, was represented by Madelynn Hallmark. She signed with Jacksonville College.

At Argyle, the Eagles had five members of its undefeated state championship football team sign with their respective colleges.

The Denton Broncos had two members of their football program sign, as Cole Hager inked with Buena Vista University and Ashton Davis with Southeastern Oklahoma State.

Nic Bennett, University of the Ozarks