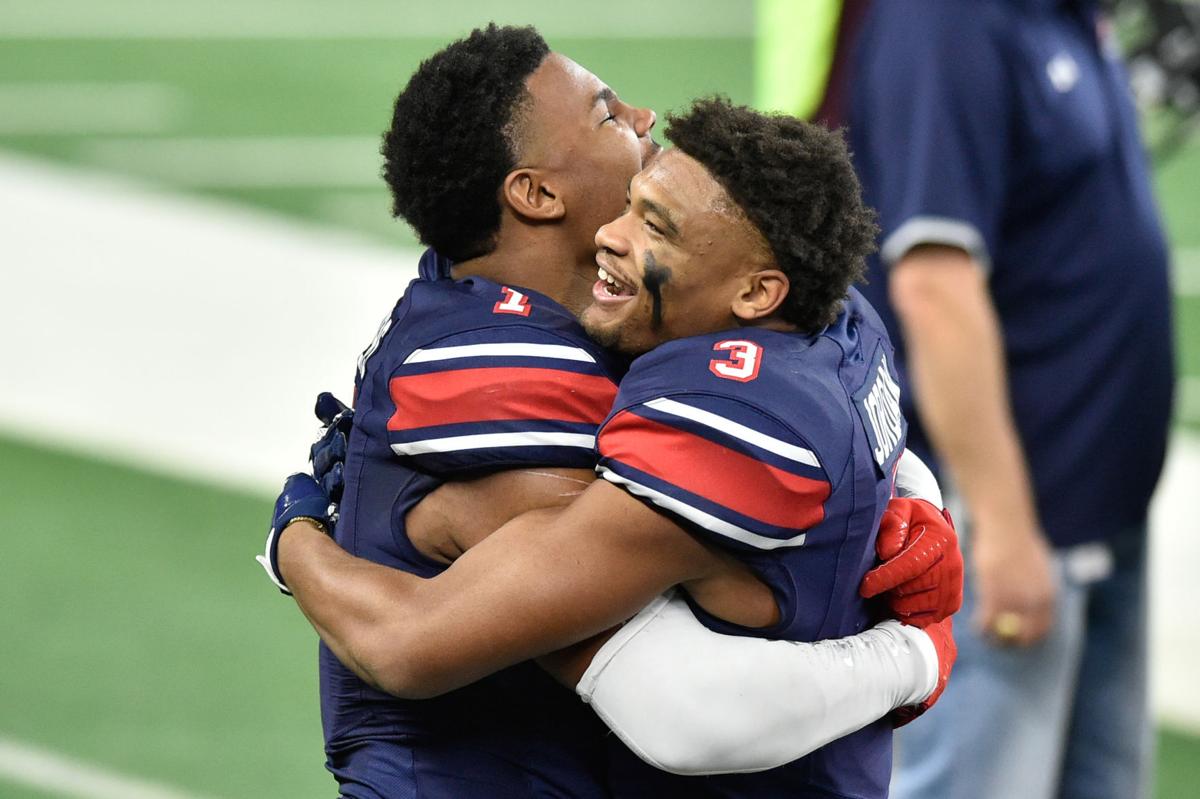 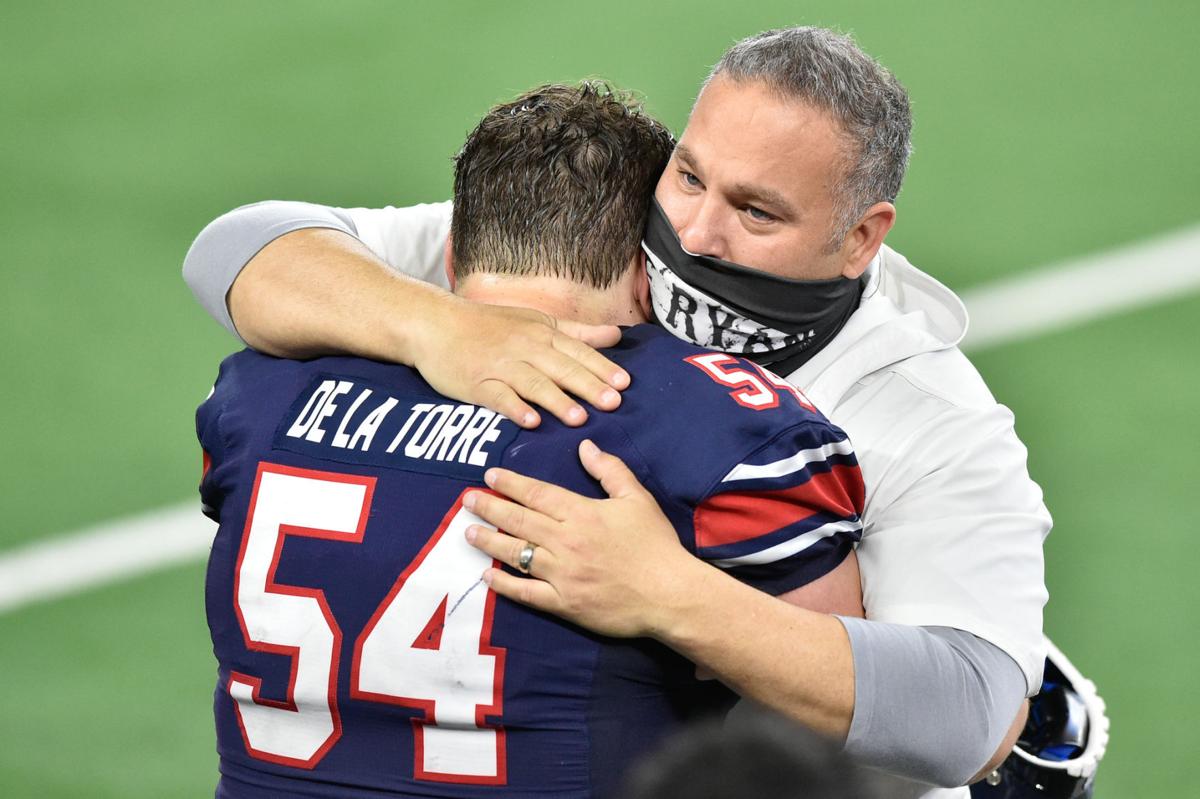 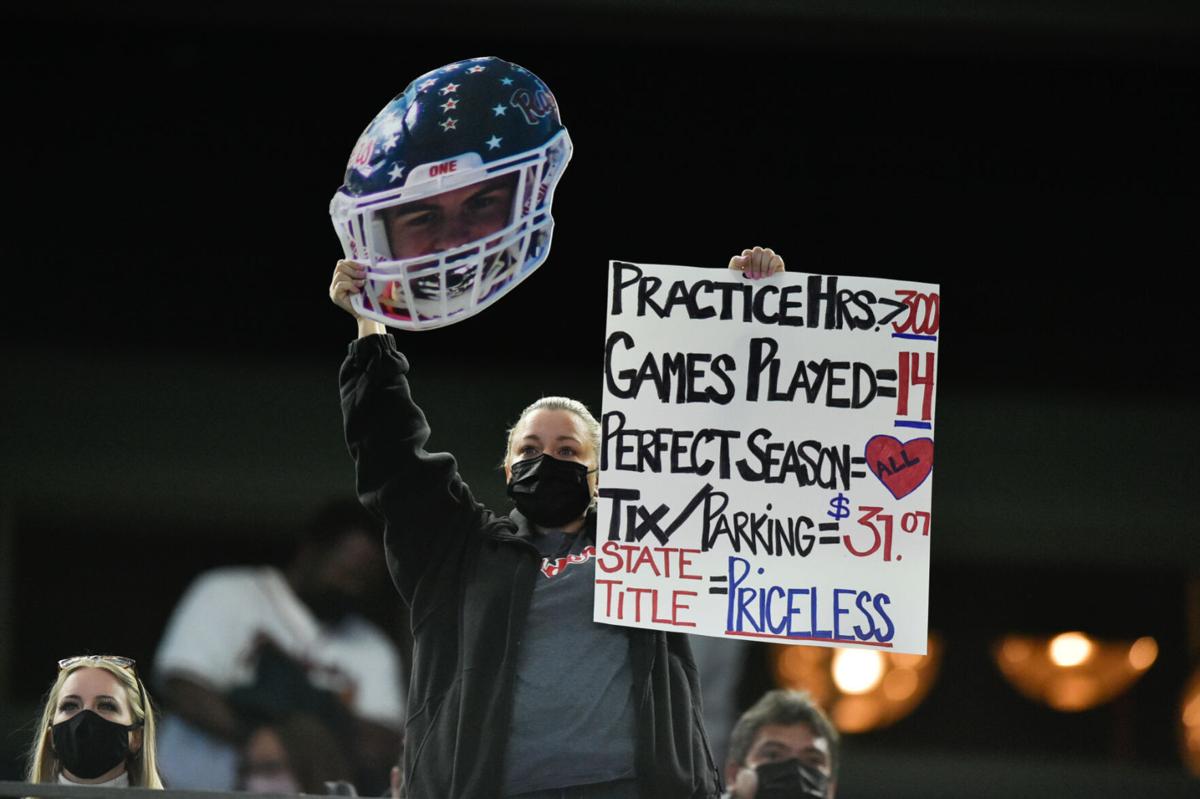 A fan cheers on the Raiders with a sign — which says, in part, "State title: Priceless" — as the team takes the field Friday at AT&T Stadium. 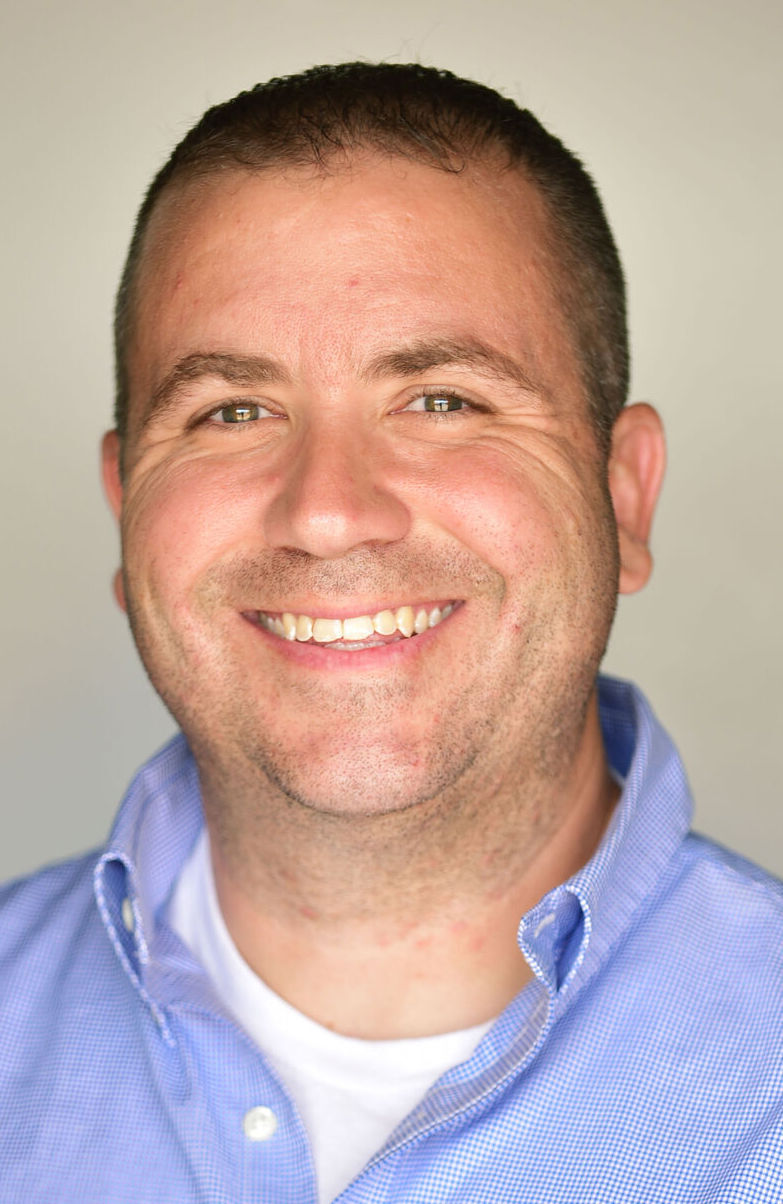 A fan cheers on the Raiders with a sign — which says, in part, "State title: Priceless" — as the team takes the field Friday at AT&T Stadium.

The date was Nov. 7, 2014, and Ryan coach Dave Henigan stood quietly on the turf at C.H. Collins Athletic Complex. The Raiders had just lost to Guyer, mercifully bringing an end to a 5-5 season that snapped a streak of 14-straight playoff appearances for easily one of the more consistent football programs in the state.

Henigan, who was in his first year, put on a brave face. But for loyal fans, the situation looked bleak.

I interviewed Henigan near the middle of the field at that moment, all the while imagining hundreds of frustrated eyes burning a hole through the both of us. But what he said next gave me hope for a team I’d be glued to moving forward.

“He [Denton ISD athletic director Joey Florence] wouldn’t have hired me if he didn’t believe in me. Unfortunately, we are not in the postseason, and, obviously, some people will question that because the program made playoffs with the old coach, and then the new one comes in, and things don’t work out the same,” Henigan said following that 52-7 loss to the Wildcats. “The future looks good. We’ve got a lot of guys coming back, so we’re going to regroup and move forward. You just feel bad for the seniors right now.”

Fast-forward six years, and it’s clear Henigan wasn’t spewing the typical coach-speak to persuade the dejected fanbase to put their pitchforks and lighted torches down. OK, maybe he was a little bit. But like a wily gambler who had been at the poker table plenty of times, he glanced at the cards in his hand and knew he had a winner.

All he asked was that everyone be patient.

Friday’s Class 5A Division I state title victory over Cedar Park was the long-awaited payoff for that patience and, ultimately, the perfect bow atop what has been nothing short of a dominant six-year run for Henigan and the Raiders.

Since that rough 2014 campaign, Ryan has racked up a staggering 85-5 record. Included in that are six district titles, a 59-game regular-season winning streak (and counting), five state semifinal appearances and back-to-back title games.

Granted, did everyone have to wait longer than they wanted to see Ryan win the big one? Absolutely. As I wrote last week, Ryan was a Drew Sanders fingertip away from winning a title last season. Before that, the Raiders lost three consecutive state semifinals to eventual champion Highland Park. I’ve always argued that out of all of those opportunities, the one year they had the best chance of winning was in 2016 when they lost in the semis to the Scots.

Had it not been for a Spencer Sanders knee injury, they would have won and then beat Temple the following week.

Friday’s win over Cedar Park put all of that to bed and should be a reminder of just how lucky we’ve all been to watch such a dominant program. Henigan, his coaching staff and all the current and former players who played a part in making this state title happen delivered more times than not. I’m thankful to have been able to come along for the ride.

I want to end tonight’s column with this. There is a rumor that this was my last high school football game as a sportswriter. My oldest son, Christian, will be a freshman in the fall. He plays football and baseball, and I had long said that it’d be time for me to sit in the stands and be a dad — not Newspaper Steve — when he got to high school.

So much can happen between now and then, and it’s possible that I can find a way to keep doing this sporadically while still being at all of my son’s games. But if this indeed was my last football game as a sportswriter, it’s definitely a chance to close the loop in a unique way. I started my career in 1997 by covering Flower Mound Marcus. The Marauders won a state title that year at the Astrodome in Houston.

In what appears to be my final go-round, the Ryan Raiders won their championship.

Without closing the door completely, I’d like to say how deeply thankful I am for every coach, parent, player, casual fan and Texas high school football media mafia member. I have a profound love for you, this profession and all the personal relationships I’ve been fortunate to build over the past 23 years or so.

I will never fully be able to put into words what all of this means to me and how painful it is to walk away. But again, I get to be a dad in the stands — and who knows, maybe I’ll get to watch Christian win a state title someday.

Go Raiders. Go Denton County high school sports. And until next time, I’ll see you on the sidelines.

Ryan reigns: Photos from the 5A Division I title game