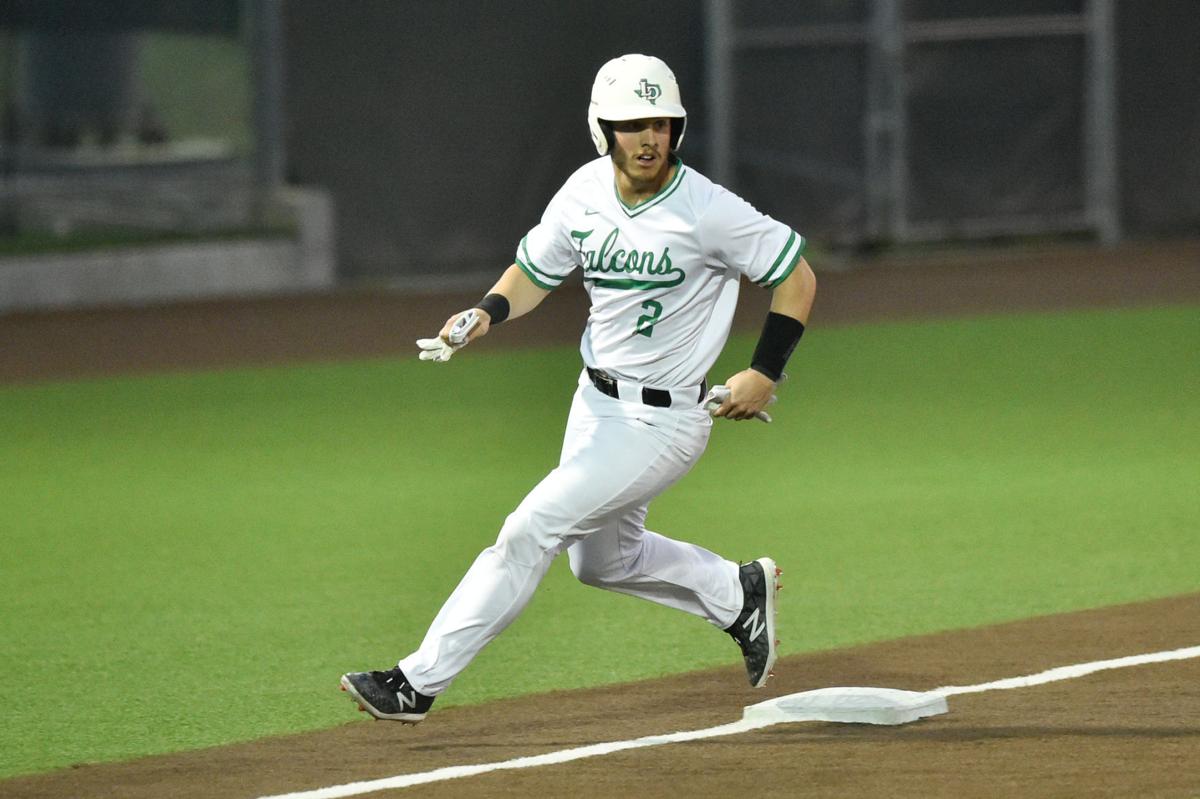 Lake Dallas’ Walker Davis rounds third base and runs toward home as Birdville fields the ball Tuesday in Corinth. 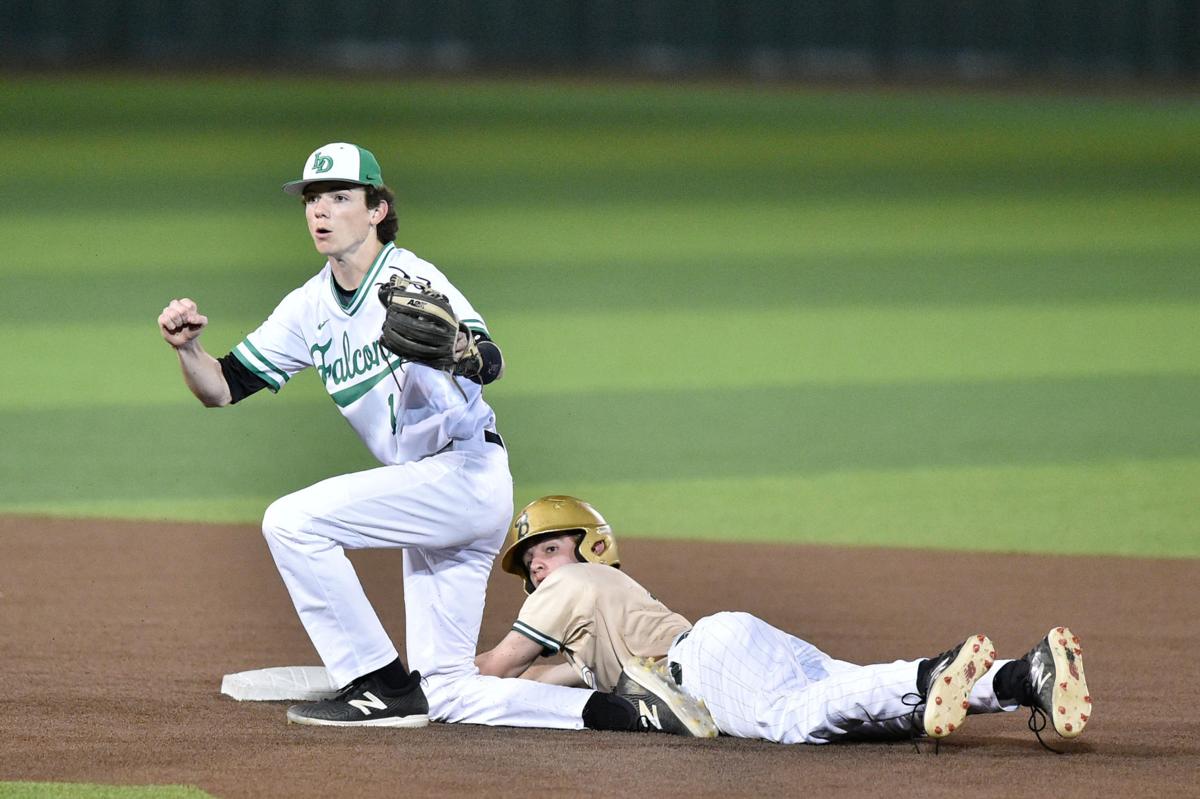 Lake Dallas’ Dane Haehn, left, tags out Birdville’s Payton Brooks as he attempts to steal second base on Tuesday night at Lake Dallas High in Corinth. The Falcons lost 10-2.

Lake Dallas’ Walker Davis rounds third base and runs toward home as Birdville fields the ball Tuesday in Corinth.

Lake Dallas’ Dane Haehn, left, tags out Birdville’s Payton Brooks as he attempts to steal second base on Tuesday night at Lake Dallas High in Corinth. The Falcons lost 10-2.

The Falcons came into Tuesday’s game having won three in a row but were no match for Birdville, which pounded out 16 hits — including four doubles — and used a big first inning to cruise to a 10-2 road win.

The win is Birdville’s fourth in a row since starting district 0-3.

Meanwhile, Lake Dallas drops to 5-2 in district and now finds itself in a tie with Grapevine atop the standings.

“You’ve got to give Birdville credit. They came out and absolutely swung the sticks,” Lake Dallas coach Chris Haney said. “You can talk about a favorable wind or whatever, but they were getting their swings off. I thought Zach [Darden] did a good job sticking it in the zone early, and we made a few bonehead plays on defense that gave them a few extra chances. That’s been the story on us all year long. When we play our brand of baseball — clean, up-tempo baseball — we really like our chances. We gave them way too many second chances tonight, and they did a great job capitalizing on it.”

Birdville clipped the Falcons from the get-go, scoring four runs in the top of the first inning courtesy of three doubles and a fielding error. With the score 4-1 going to the fourth inning, the Hawks added three more runs.

Birdville added another run in the fifth inning and two in the seventh. Logan Lacey finished 4-for-5 at the plate with two doubles and three RBIs. Brian Hanson finished 3-for-4, and Will Bush tacked on a double and two RBIs.

With plenty of cushion, starting pitcher Parker Hutyra pitched a complete-game four-hitter while striking out 12.

“He worked ahead and wasn’t afraid to throw breaking balls in different counts,” Haney said of Hutyra. “A lot of high school hitters, their approach is ‘we want to jump on a fastball early.’ But when you have a guy who not only can bring velocity but also throws breaking balls for a strike, it really makes hitting a lot harder.”

Lake Dallas wasn’t completely devoid of offense, but stringing enough hits together was clearly a problem. The Falcons had two runners on in the third inning but stranded both. Walker Davis homered to open the bottom of the fourth, and Jacob Tipps followed with a single. But Hutyra struck out the next three batters he faced.

Lake Dallas travels to Birdville on Friday with a chance to split the series and remain atop the standings.

“That’s what makes this district so tough,” Haney said. “You don’t have these crazy, over-talented teams. You have several that are eerily alike. I honestly think it can be anyone’s game against any team on any given day. That’s what we have to continue to preach — we have come out and play a good game, not the opponent. At the end of the day, you’ve got to take care of your baseball.

“Baseball is a beautiful game. The best part about it is you get to lace it up and do it again.”