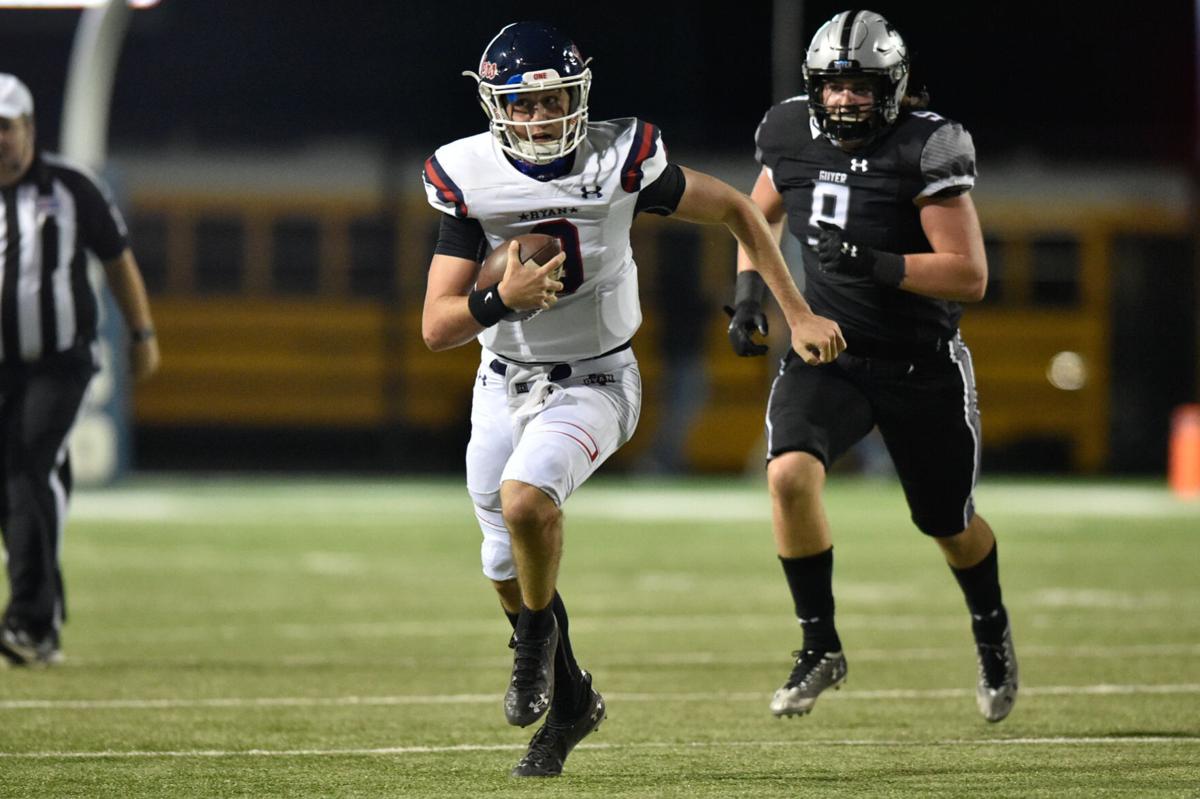 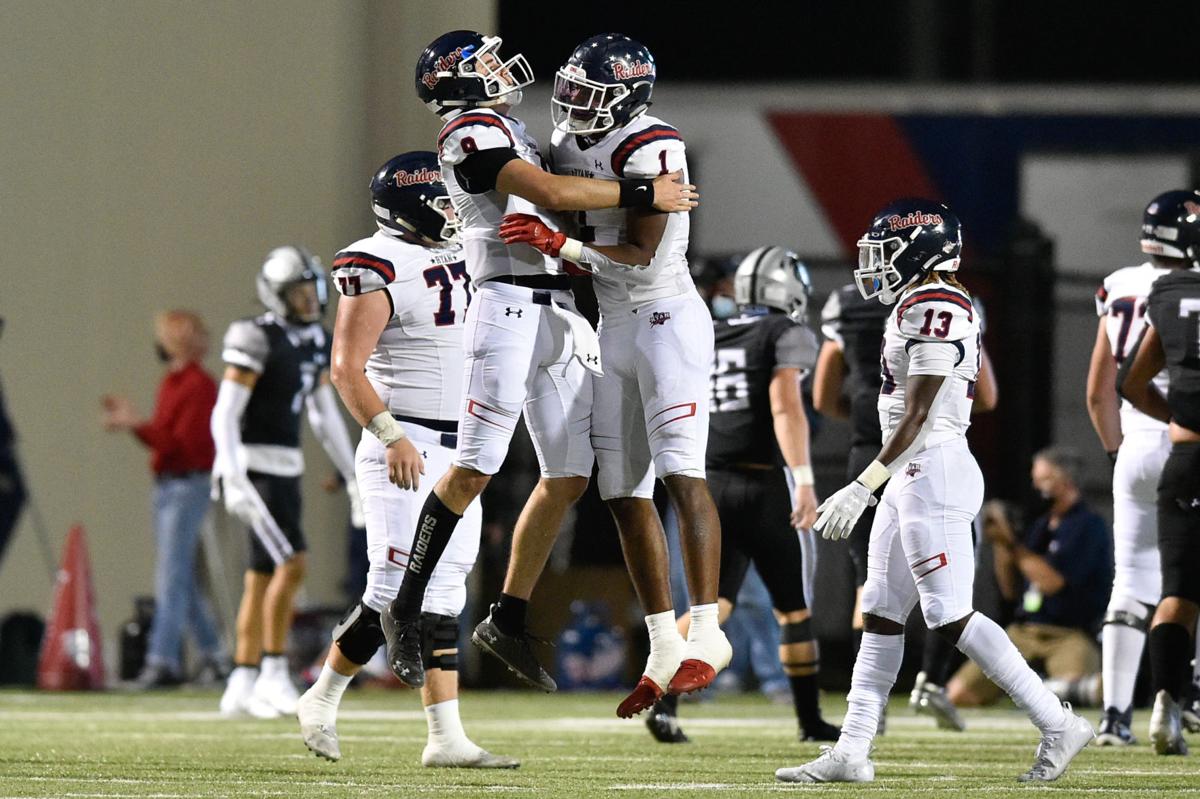 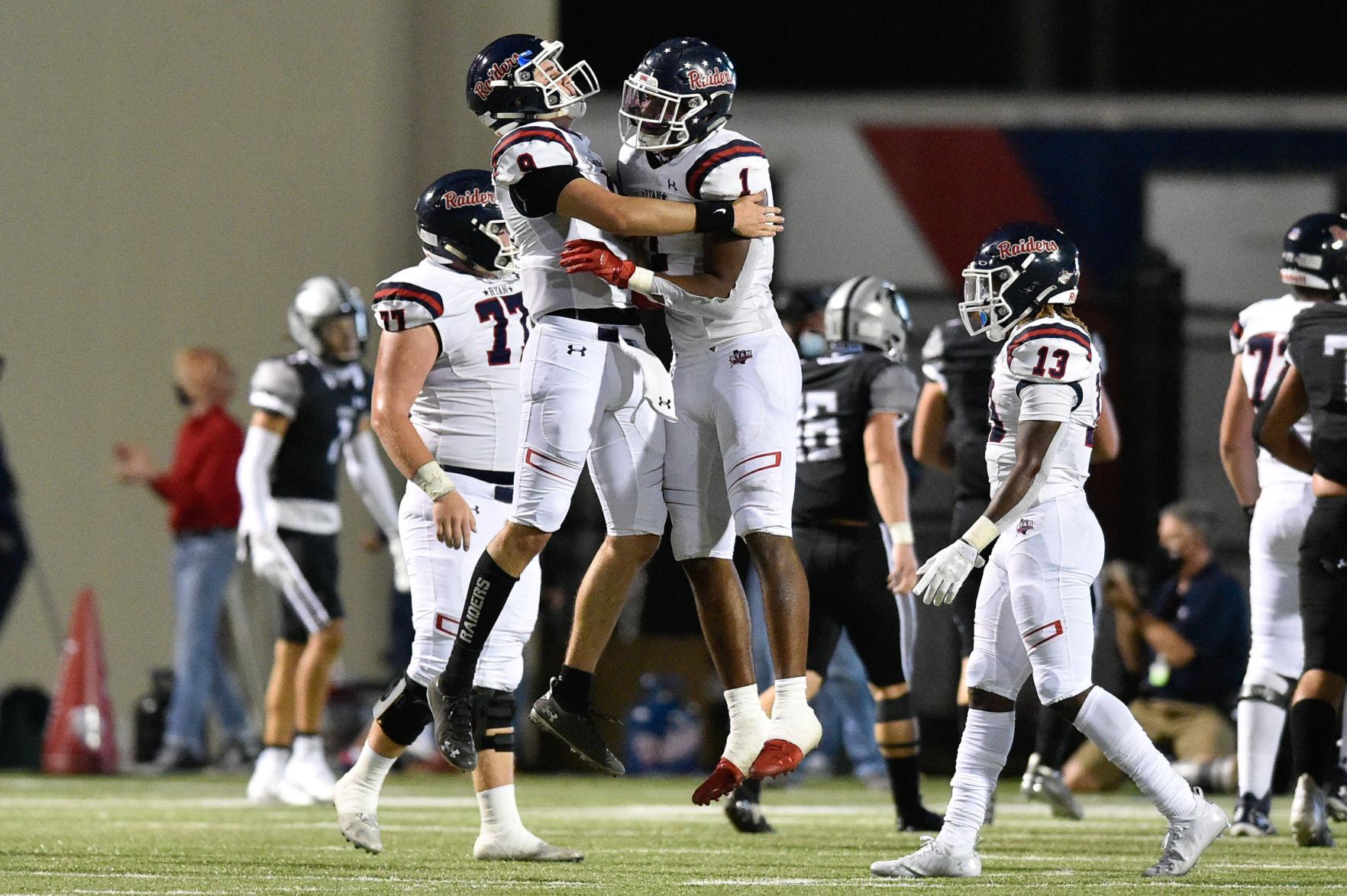 Ryan quarterback Seth Henigan laughed and said he may have to do a few extra wind sprints in practice this coming week to improve his conditioning late in games.

But in Henigan’s defense, it’s not like he is called on that often to help power Ryan’s bruising run game.

Guyer’s defense was certainly caught off guard by the game plan, as the Memphis commit — who is not known for his scrambling ability — piled up 101 yards on the ground while engineering a Ryan offense that was always one step ahead in a 23-20 win at C.H. Collins Athletic Complex.

Ryan, the No. 1 team in Class 5A Division I, took advantage of Guyer’s inability to stop the run, piling up 343 of its 452 yards on the ground. Senior Ke’Ori Hicks led all rushers with 170 yards and a touchdown.

Ryan (2-0) has now beaten two Class 6A teams to start the season.

“They are really wide and play the pass a lot, so we thought that we could have a lot of success running the football,” Henigan said. He also threw for 109 yards and a score. “I didn’t think I’d rush for so much.

“I don’t really run that much. I was cramping a lot near the end.”

Henigan cramped up on the last play of the third quarter but returned a short while later. He nearly rushed for more yards than Guyer’s entire team, which was hellbent on running the ball but could not muster much of an attack against Ryan’s defensive front.

“You have to pick your battles. I’ll say this, he was a better runner tonight than we anticipated him being,” Guyer coach Rodney Webb said.

The Wildcats finished with 179 yards on the ground, 76 of which came on one play — a touchdown run by BJ Phillips in the first quarter. Guyer had 233 yards overall. Eli Stowers, a Texas A&M commit, threw for 39 yards and was constantly under duress while rushing for just 28 yards.

Even with the lackluster performance offensively, the Wildcats were in the game and had a chance to steal a victory over its longtime rival. With 2:18 left, Henigan found Ja’Tavion Sanders for a short pickup that appeared to be good enough for a first down despite Sanders fumbling the ball on the play. Officials ruled Sanders short, however, giving Guyer one last crack at tying or winning the game.

Guyer ran the ball again on the next play for two yards, then Stowers was sacked on third down. On fourth down and 13, Guyer opted to run the ball again and came up woefully short of the first down.

“It was important for us tonight to take shots in non-obvious passing downs,” Webb said. “But they ate up so much time on their last drive. So, when we got it back, it was kind of a little bit of a crapshoot. I felt really good about driving down the field. But we weren’t really good on first down tonight. We had a lot of second and 10. That really affects us offensively. Again, they are a really good defensive football team.”

Guyer (1-1) had plenty of chances to blow Ryan out of the stadium early. The Wildcats drove the length of the field on their opening drive only to settle for a field goal. They immediately recovered an onside kick but were forced to punt on their next drive.

Ryan answered with a touchdown to take a 7-3 lead. Guyer then got the big run from Phillips to take a 10-7 lead and added a field goal early in the second quarter for a 13-7 advantage.

But that’s when Ryan’s defense really began to clamp down. Ryan’s offense went to work and tied the game on a 9-yard run from Billy Bowman Jr. The Raiders took a 16-13 lead into intermission.

On the first play of the second half, Henigan threw up a bomb to Bowman, who raced untouched for a 60-yard touchdown. It came at just the right time, as Guyer rifled down the field with a drive that didn’t feature a single pass play.

It was the last score Guyer would have in the game.

“I’m proud of our kids. We talked all week that it comes down to who plays harder longer, and it’s going to be that type of game,” Ryan coach Dave Henigan said. “Hats off to them; what a great team and program. They are well-coached and talented kids. But our kids just kept grinding it out. Our defense had some big stops. One of our keys coming in was holding them to three points in the red zone, and we did that a few times. It was a classic game [between] two really good football teams.

“This game is going to make us better in the long run.”