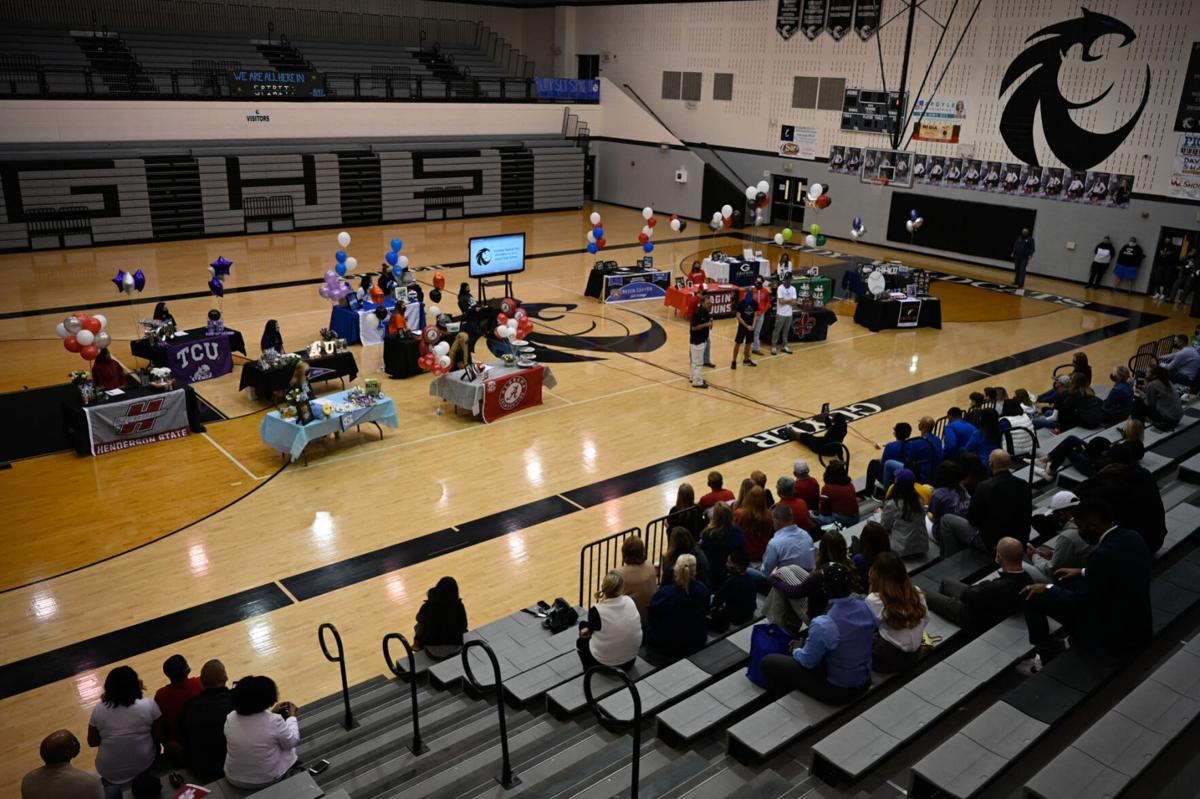 Friends, family and classmates celebrate as student-athletes make their commitment to colleges official, on Wednesday at Guyer High School. 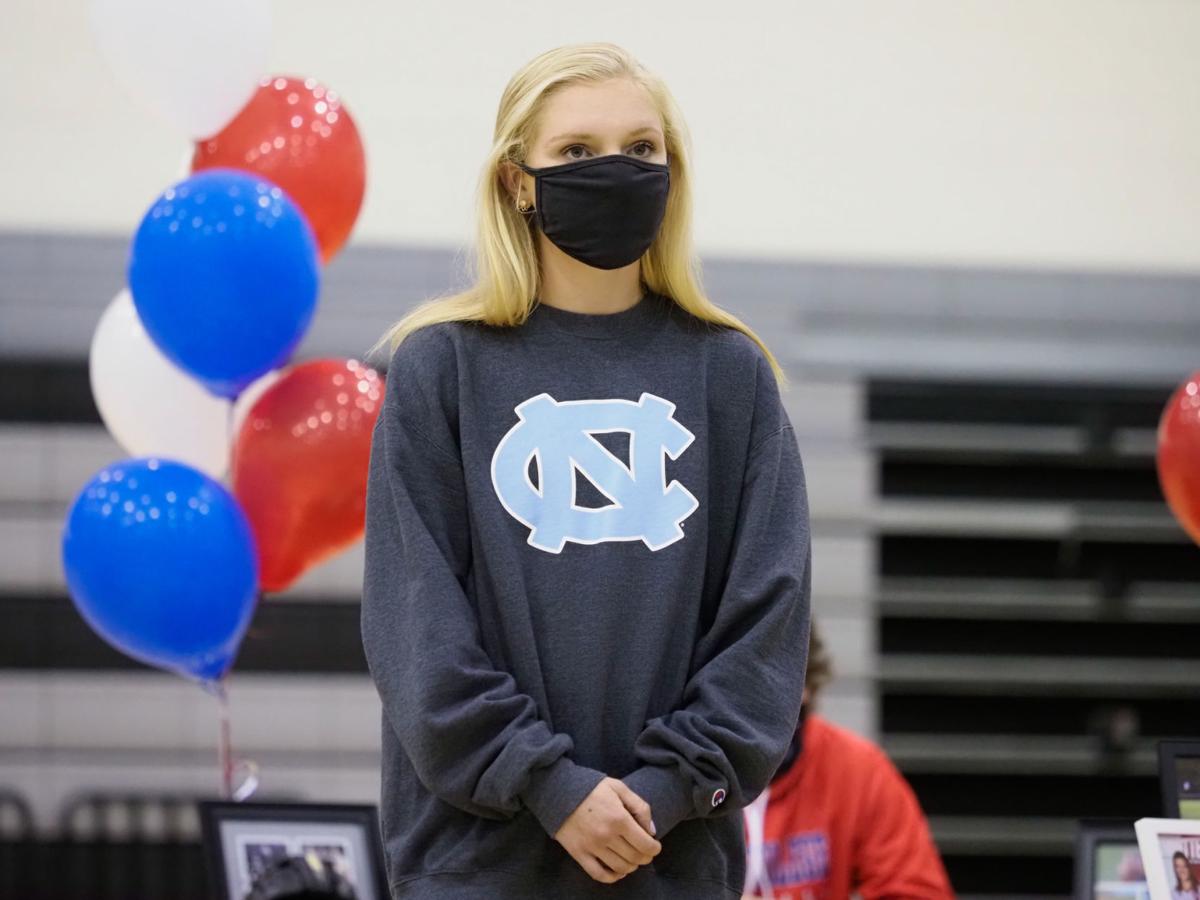 North Carolina commit Brynn Brown stands in front of family, friends and classmates while her coach, Jonathan Ponsonby, gives a speech about her Wednesday at Guyer. Brown won the Class 6A Region I cross country title on Tuesday. 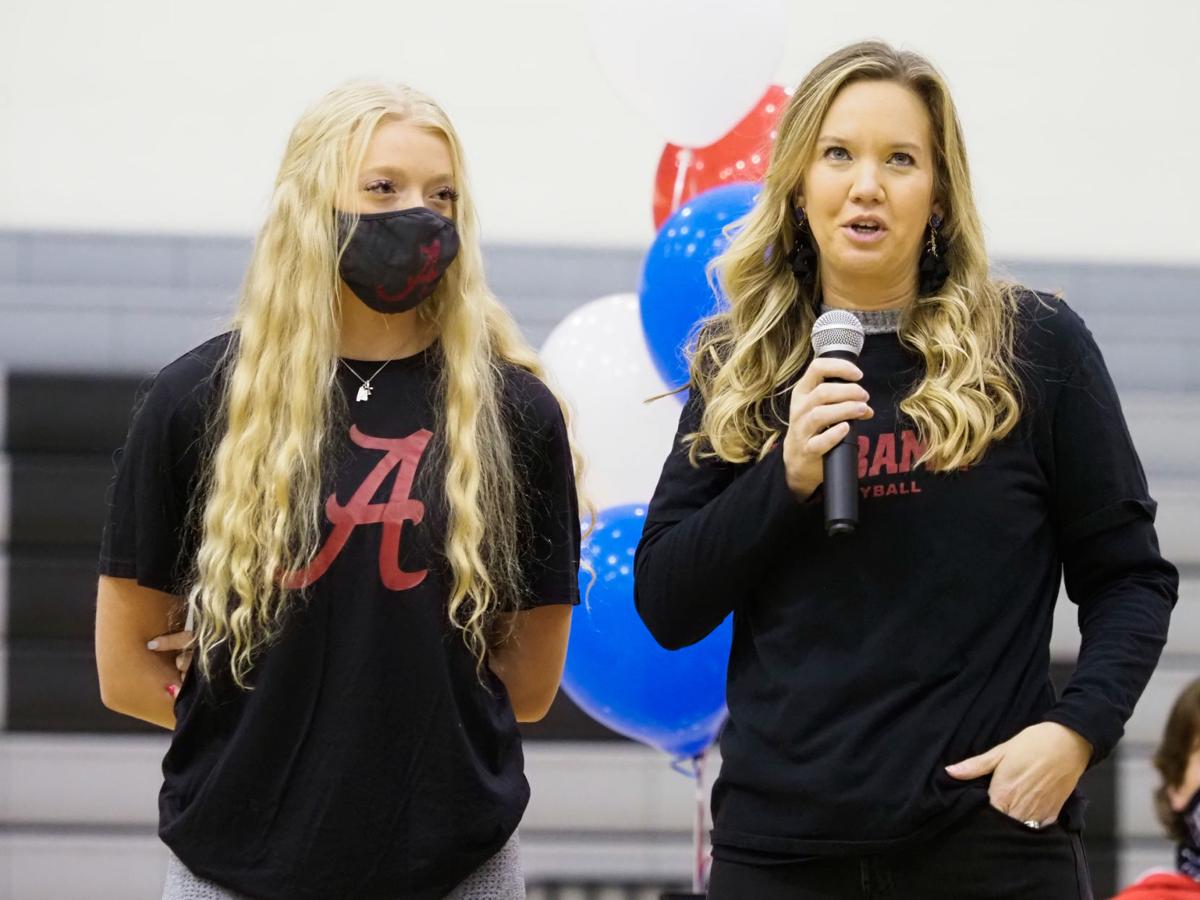 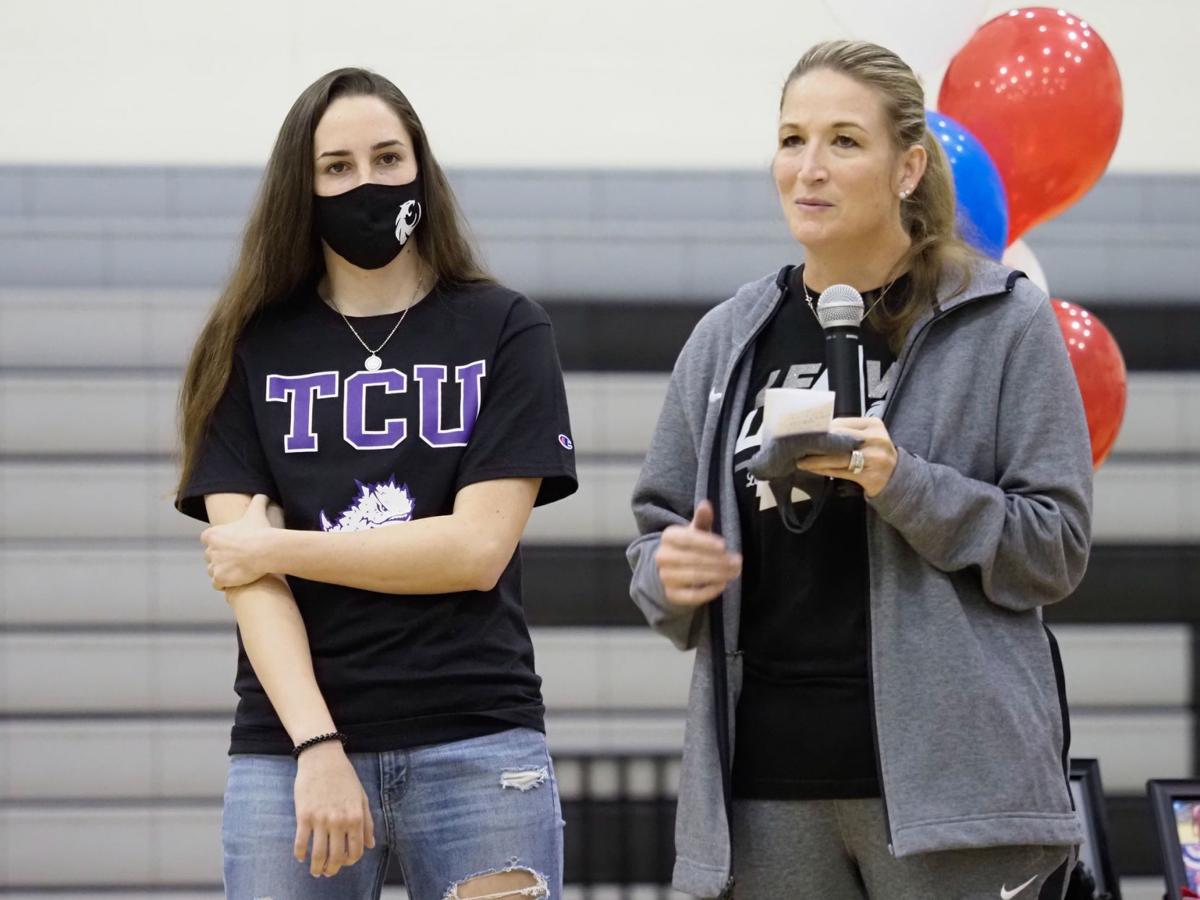 Multiple athletes from across the Denton area inked letters of intent on Wednesday morning, the first day of the early signing period.

At Guyer alone, 14 athletes made their commitment to their colleges official. Brynn Brown, who won the Class 6A Region I cross country title on Tuesday, signed her letter of intent to attend North Carolina.

Brown also won the District 5-6A title on Oct. 30 and is the unquestioned favorite to claim the 6A championship later this month.

Williams, a Kentucky signee, was also named an Under Armour All-American on Wednesday morning.

In addition to the 14 Guyer athletes who signed on Wednesday, Denton had two athletes ink letters, while Argyle had five and Aubrey three.

While Denton was unable to conduct a formal ceremony due to its volleyball team being in quarantine, Taylor Thomas and Leah Stolfus were slated to sign with their respective colleges, Liberty and Texas A&M-Corpus Christi.

Both Thomas and Stolfus are key pieces of Denton’s team that is 14-1 overall this year and the No. 6-ranked team in Class 5A.

Caleb Murdock and Regan Ruffner both inked with Texas A&M in track and field.

Jaxon Holder inked with Dallas Baptist in baseball, but is still plenty busy with football. The Chaparrals’ quarterback led Aubrey to a 9-1 record this season, helping claim the first district title in school history.

Aubrey will play Mineral Wells in the Class 4A Division II Region I bi-district round of the playoffs on Thursday night.

In total, the Denton area sent 24 athletes to the next level. Below is the complete list.