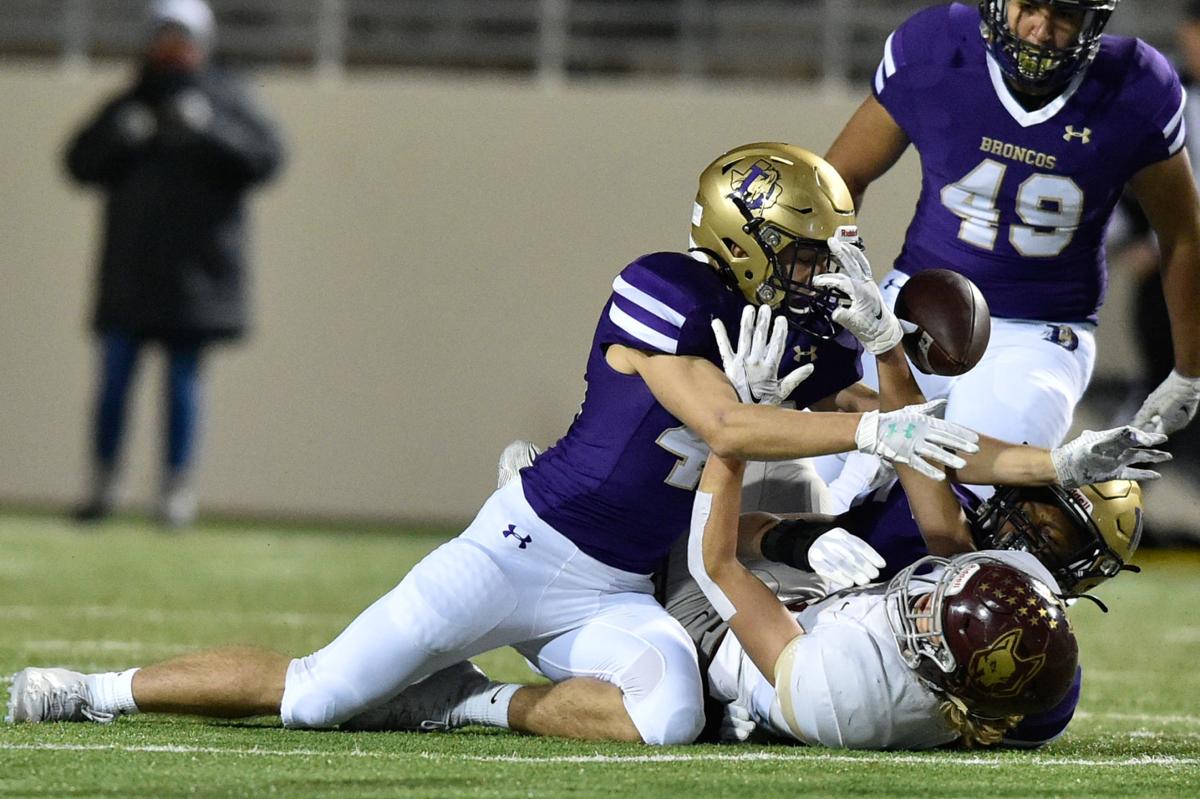 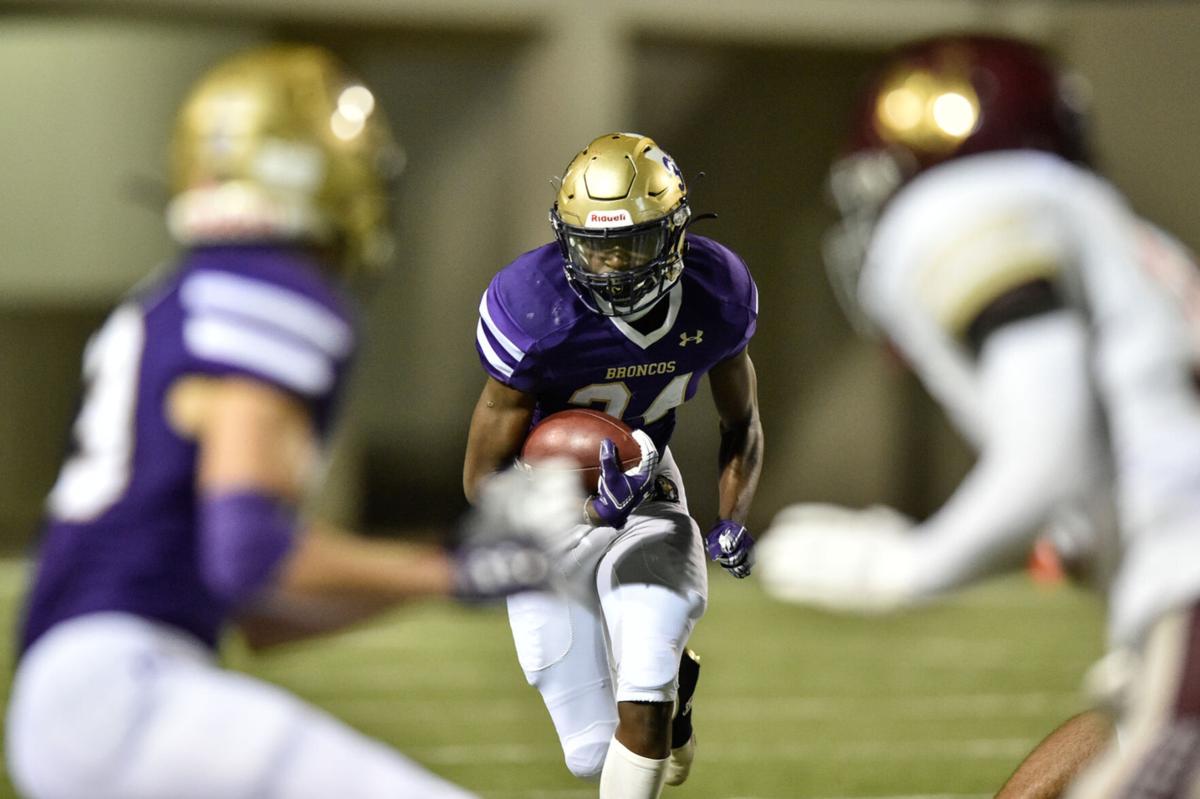 Denton running back Coco Brown (34) carries the ball while being chased down by the Frisco Heritage defense during Friday’s game. 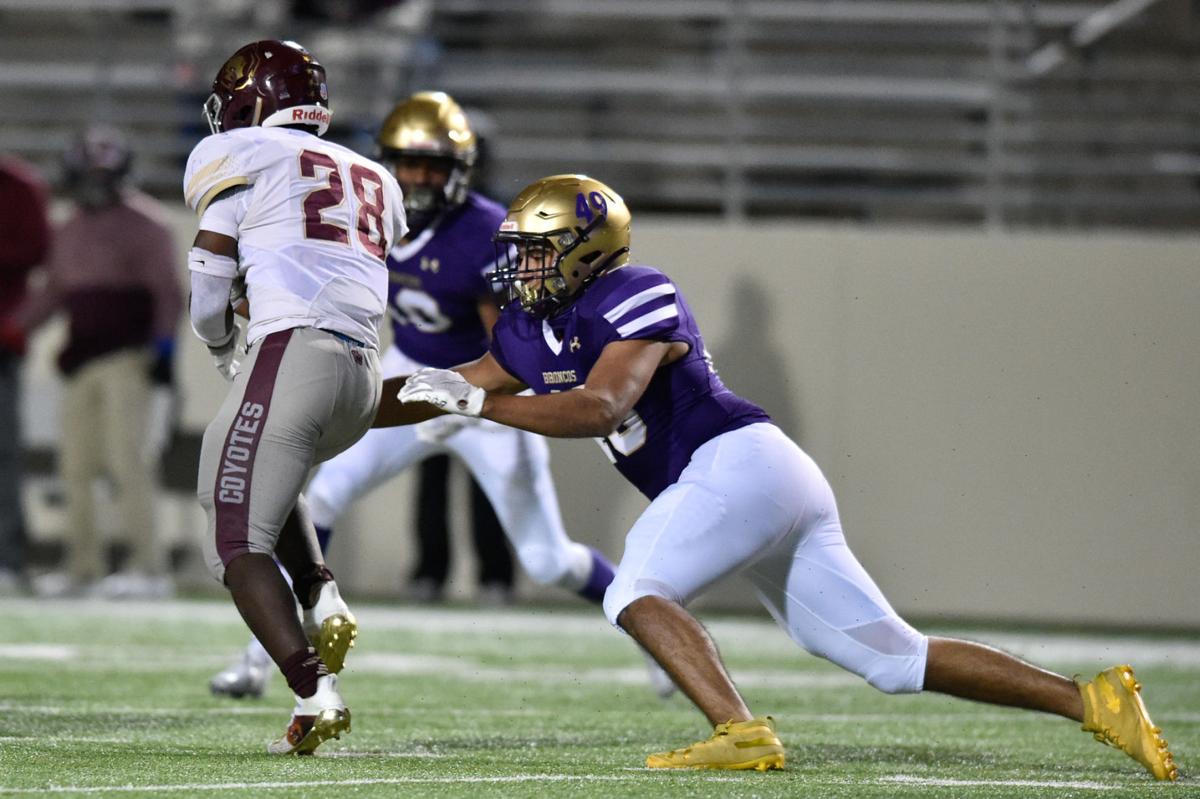 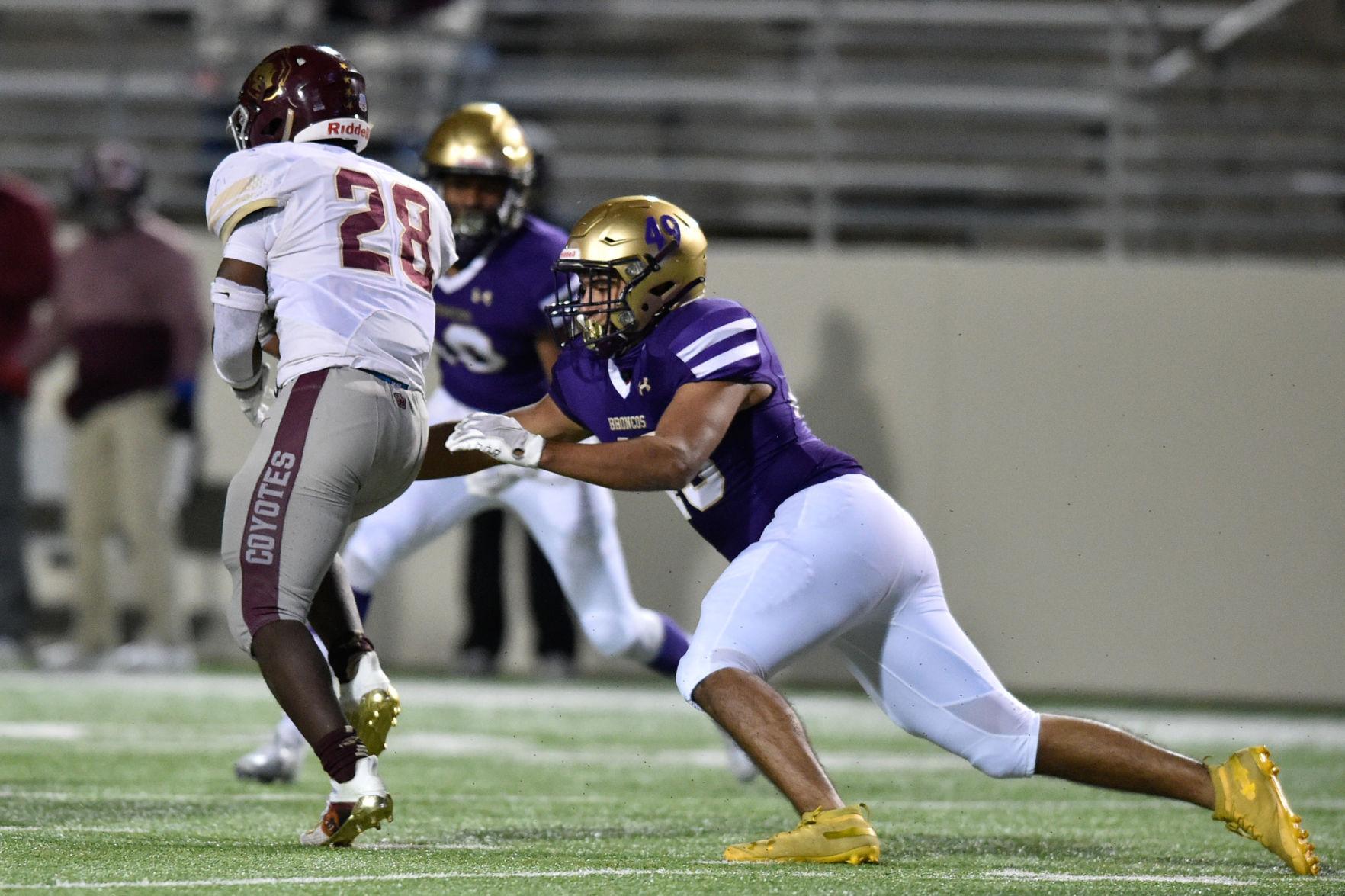 Denton running back Coco Brown (34) carries the ball while being chased down by the Frisco Heritage defense during Friday’s game.

Heritage quarterback Easton Swetnam threw for 251 yards and four scores and Bryce Gilchrist racked up 93 yards and two touchdowns as the Coyotes edged out Denton 29-24 Friday night. Chipping in to the Heritage effort were Shawn Wara, with 10 carries for 83 yards and a touchdown, and Carsten Brewer, with 72 receiving yards and the game-clinching score.

“Sometimes it’s just the way it goes,” Denton coach Billy Miller said. “Those guys have been playing their hearts out for the past five weeks and this week they just had a couple of third downs where it got away from them a little bit.”

For the Broncos, Brown rushed for 165 yards on 29 carries. Receiver Coleman, meanwhile, added three touchdowns along with 58 yards on 11 carries.

“The game plan all week was to get into the run game and get Coco going and get Terrell involved that way,” Miller said. “There were some things they were doing to us in the first half that we had to get figured out, and once we figured out what our niche was, it was downhill running.”

Despite holding Heritage to 1-5 on third downs in the first half, Denton gave up several big plays, including touchdown tosses on fourth-and-14 and third-and-16 to Gilchrist. The big plays highlighted a trend that would continue throughout the night.

While Brown was fantastic all night, it was Coleman’s complementary performance that allowed Denton to rally from a 23-10 deficit. After abandoning the passing game, Denton began utilizing Coleman in the wildcat formation. The tandem chewed up yardage and continually moved the chains, leading to 14 unanswered points and Denton’s first lead with just over seven minutes to play.

On the following Heritage drive, the Broncos defense backed the Coyotes into a fourth-and-4 from their own 41-yard line. On third down, a screen pass had nearly been intercepted. On fourth down, however, Swetnam and Brewer effectively ended the game as Brewer broke away for the game-winning score and waved at the trailing defender.

The Broncos would get one final shot, but on third-and-10, a 50-yard bomb to Coleman was ruled incomplete. Facing fourth-and-10, the Broncos were forced to punt with just over four minutes remaining. Heritage ensured they never got the ball back.

“They give their heart and soul to this team and city, and they want to win so badly,” Miller said of his team. “It just breaks my heart to be in a game like tonight, where we had an opportunity to come away with one that could’ve made them feel so good and it just slipped away from us.”