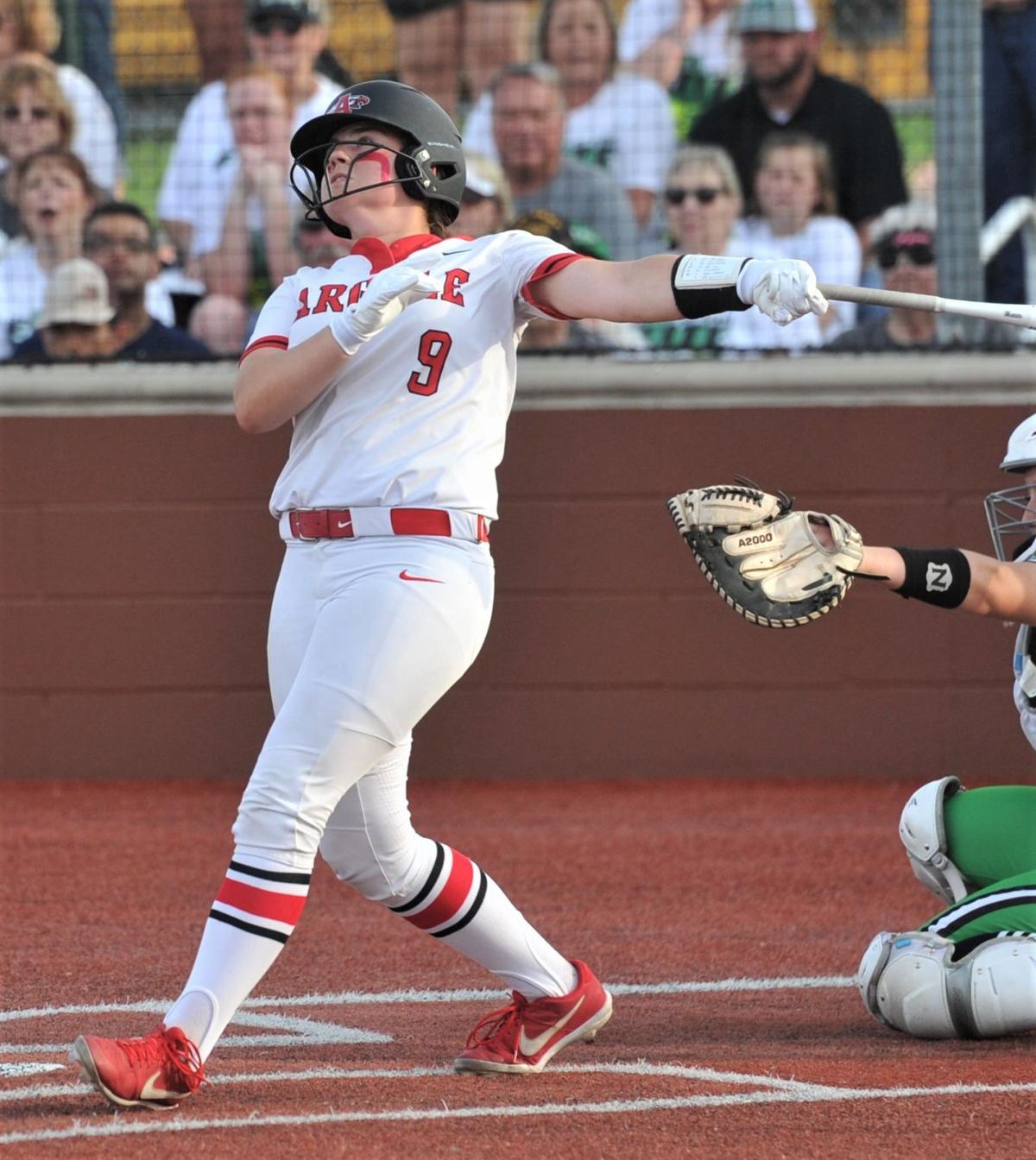 Argyle’s Regan Dillon swings against Iowa Park during Wednesday’s loss in Bowie. The Lady Eagles got on the board in the bottom of the fourth on an RBI double from Dillon. 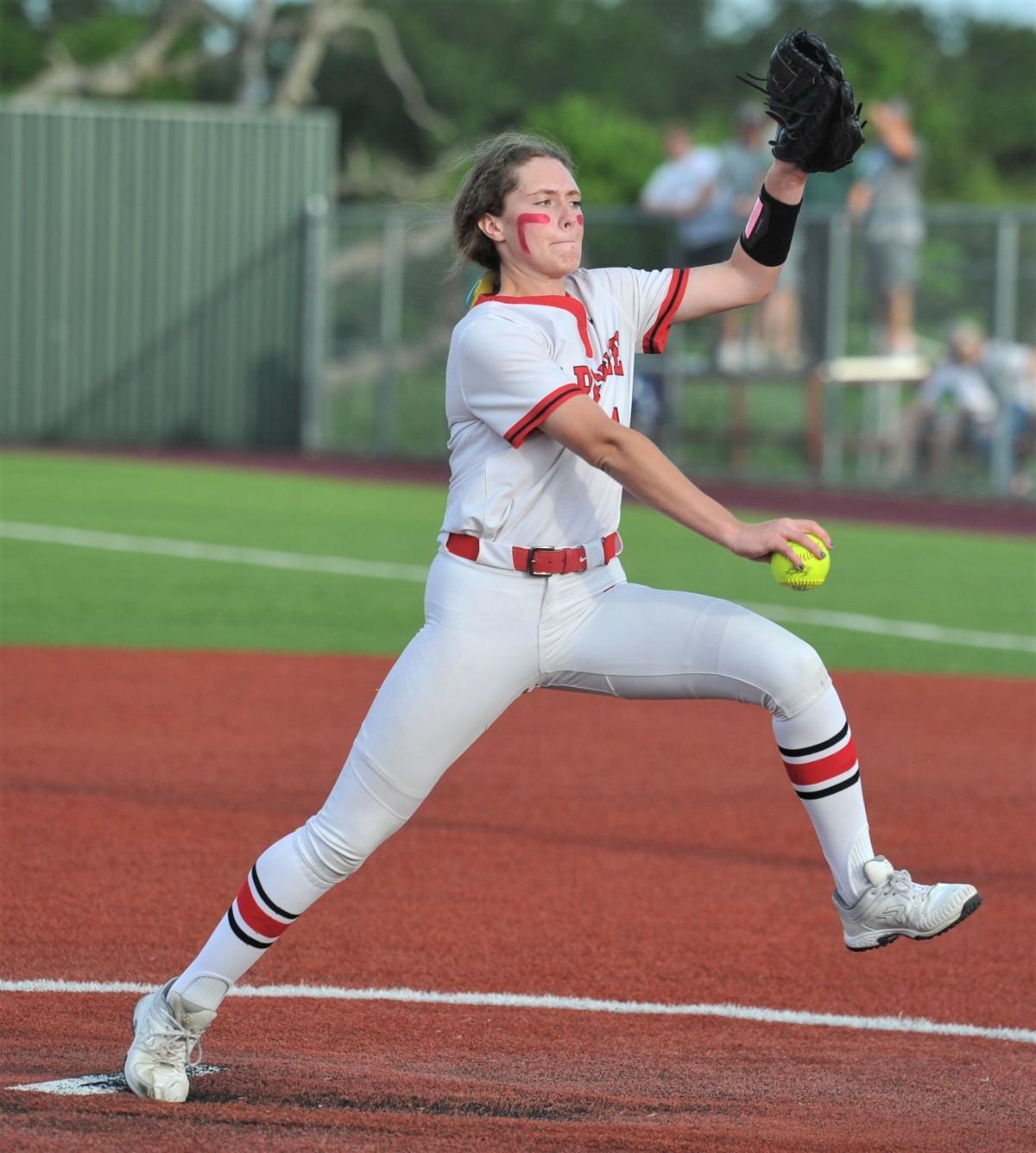 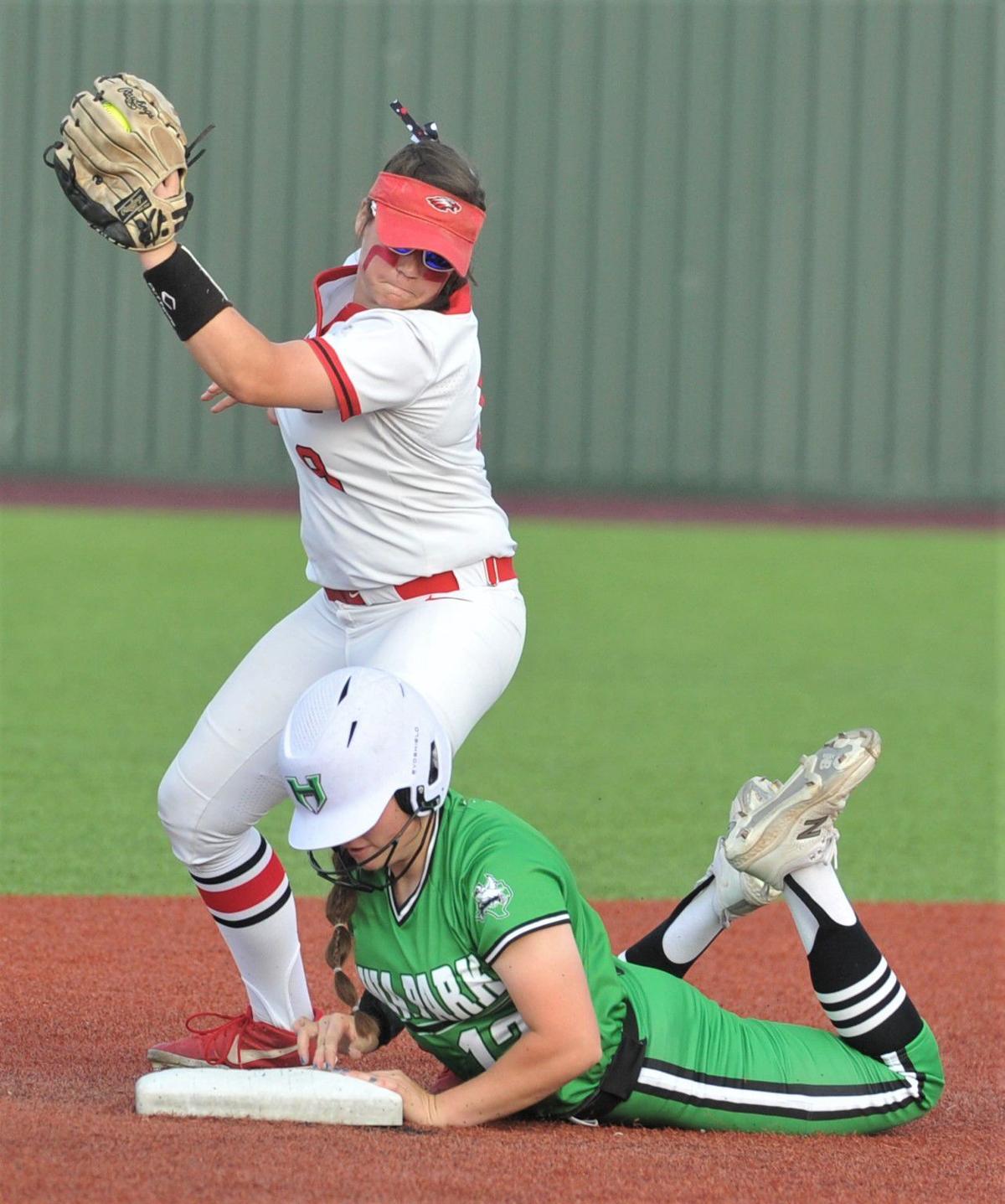 BOWIE — The situation for Argyle has become all too familiar at this point.

For the last three weeks, the Lady Eagles have faced elimination.

You can now make it four.

After dropping Game 1 of the Class 4A Region I final to No. 1-ranked Iowa Park 6-3 on Wednesday night, Argyle has its back against the wall. The Lady Eagles trail the best-of-three series 1-0 and must win Game 2 on Thursday and a decisive Game 3 on Saturday morning if they want to keep their season alive.

But Argyle has been here before. And if there is one thing the Lady Eagles have learned during their playoff run, it’s how to survive and advance.

“Nobody has beat us twice so far,” Argyle coach Kevin Cook said. “We’re going to make them beat us twice. They haven’t been beaten twice, either. It should be a battle in the region final just like it is.”

Iowa Park did most of its damage in the top of the fourth courtesy of a bases-clearing double from Abby Dowell. The Lady Hawks’ starting pitcher belted a pitch off the base of the left field wall to put Iowa Park up 4-0.

T4: Abby Dowell has taken this game over.

She been virtually untouchable in the circle, and Dowell just cleared the bases with a 3-RBI double. Dowell cruises into a third after a throwing error, and Iowa Park has broken this game open.

The next batter, Paige Gallegos, then turned on a fastball and deposited it over the left field wall for a two-run homer to give Iowa Park a 6-0 lead.

“[Dowell] is an incredible hitter,” Cook said. “We’ve got to be careful with her tomorrow. But I told them, the difference in the two teams is confidence. When you win 37 ballgames in a year, you have confidence you’ll make all the plays all the time.”

But even down 6-0, Argyle was far from ready to throw in the towel.

The Lady Eagles got on the board in the bottom of the fourth on an RBI double from Regan Dillon. Argyle kept its rally going, sending eight batters to the plate in the frame.

Peyton Peck plated a run on a shallow single into right field, and Presley Allen tallied an RBI with a single back the middle.

B4: Grace Stanley singles to load the bases, and Presley Allen follows it up with an RBI single.@ArgyleSoftball is rallying and now trails Iowa Park 6-3. Bases still loaded, one out. #txhssoftball pic.twitter.com/WFQaCZs4D5

Argyle had the bases loaded with only one out, but Cadence Schrader hit into an inning-ending double play, as the Lady Eagles left them loaded.

Argyle never got another chance to tie the game, but the Lady Eagles had began to find a rhythm against Dowell, who didn’t allow a baserunner in the first three innings.

“We’re coming out tomorrow,” Cook said. “We’ve made [Dowell] work. That’s probably the hardest she’s had to pitch in a month since back in district. They haven’t been this close to anyone in the playoffs. We’re going to check our injuries and see what we’ll have ready for tomorrow. They’re legit. They’re No. 1 for a reason.”