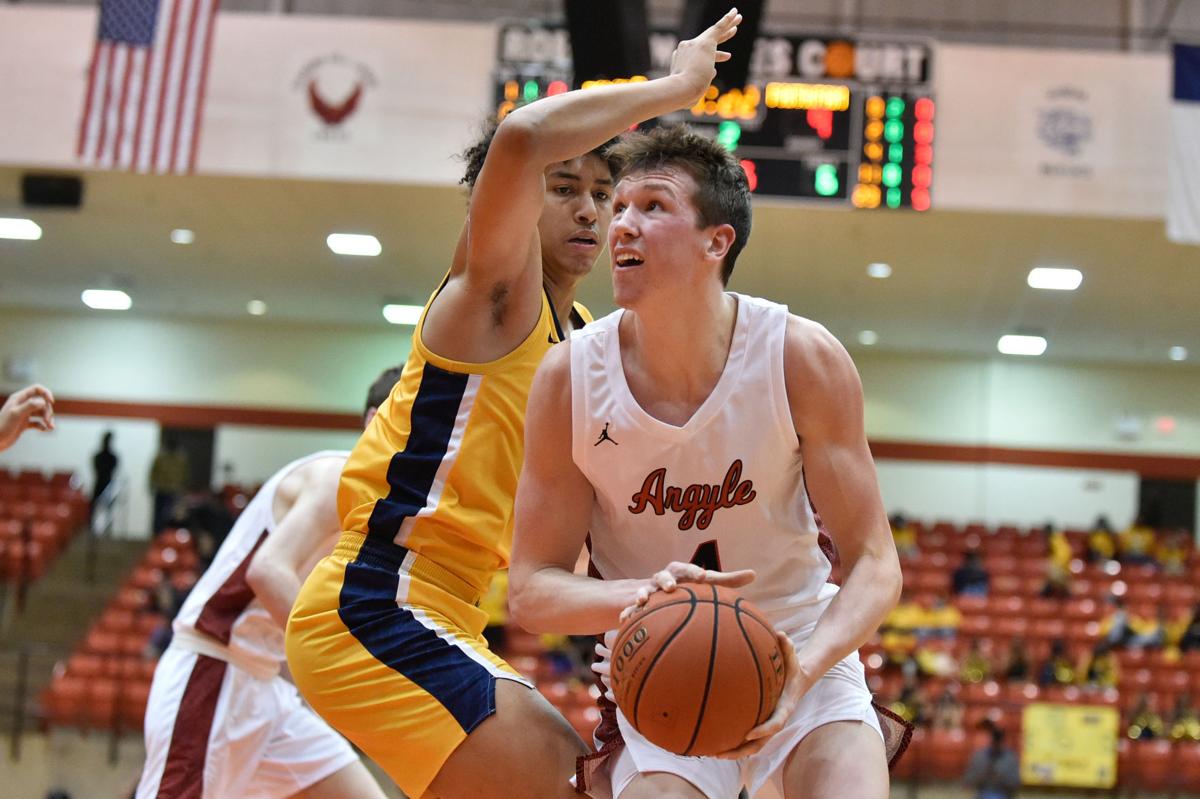 Argyle forward Nate Atwood (4) drives to the basket while being guarded by Oak Cliff Faith Family’s Doryan Onwuchekwa (11) during a March 9 game in Fort Worth. 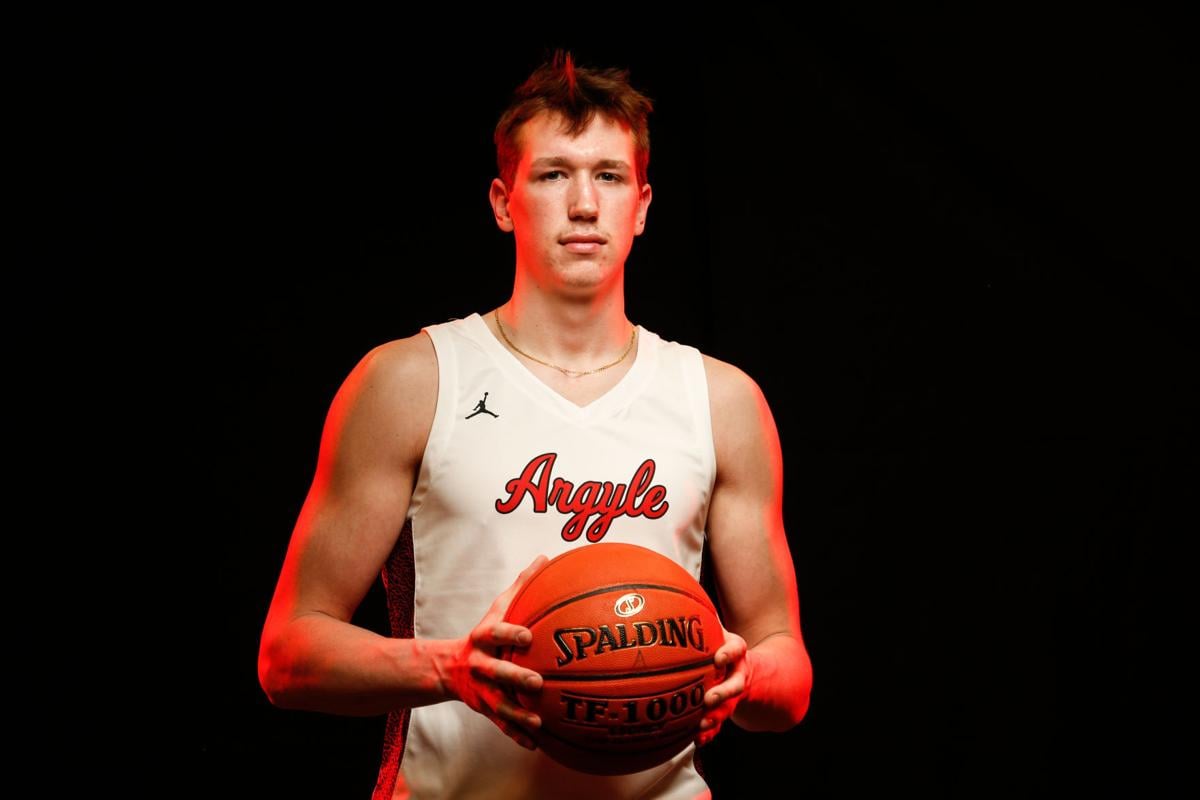 Argyle senior Nate Atwood has been named the Texas Association of Basketball Coaches Class 4A Player of the Year.

Argyle senior Nate Atwood was instrumental in leading the Eagles to their second state title in school history earlier this year.

The 6-foot-8 post was the Denton Record-Chronicle’s 2020-21 All-Area MVP, taking home the award for the second consecutive season after also winning it in 2019-20.

And on Friday, Atwood added one final award to his resume.

Atwood was named the Texas Association of Basketball Coaches Class 4A Player of the Year, Argyle coach Russell Perkins said in a text message to the Record-Chronicle.

Atwood had already been named to the TABC 4A All-State team, and he was a mismatch for all of Argyle’s opponents this past season. In addition to averaging a 12.2-point, 10.1-rebound double-double, Atwood was also one of the best passing post players in the state.

He shot an efficient 64.6% from the field, and Atwood elevated his game to an even higher level in the playoffs.

Atwood upped his averages to 16.1 points and 11.2 rebounds per game during Argyle’s postseason run, as the Eagles cruised to a 31-1 overall record.

Argyle never lost to 4A team this past year, and Atwood was a major reason why.