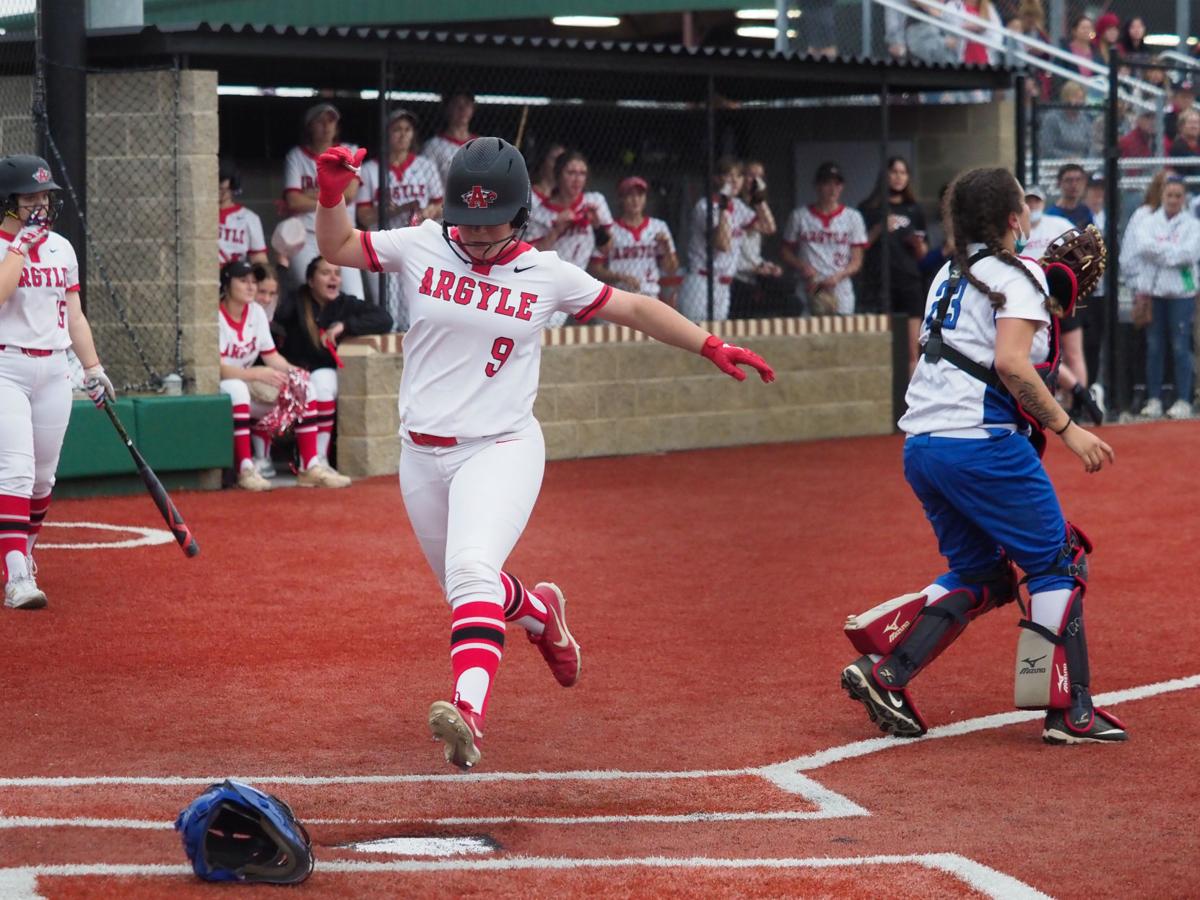 Argyle’s Regan Dillon (9) scores at home plate while Fort Worth Carter-Riverside fields the ball Friday at Argyle High School. The Lady Eagles came away with a dominant 34-1 win. 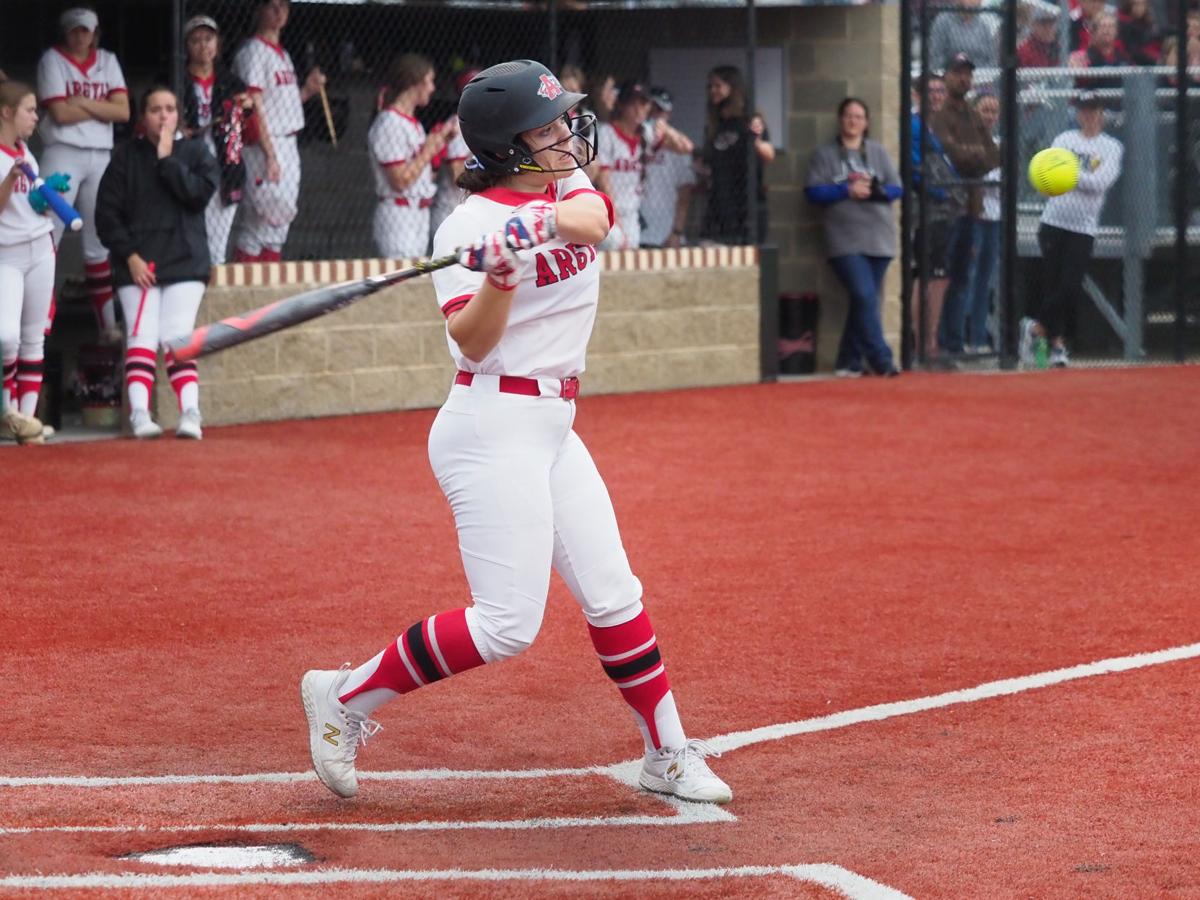 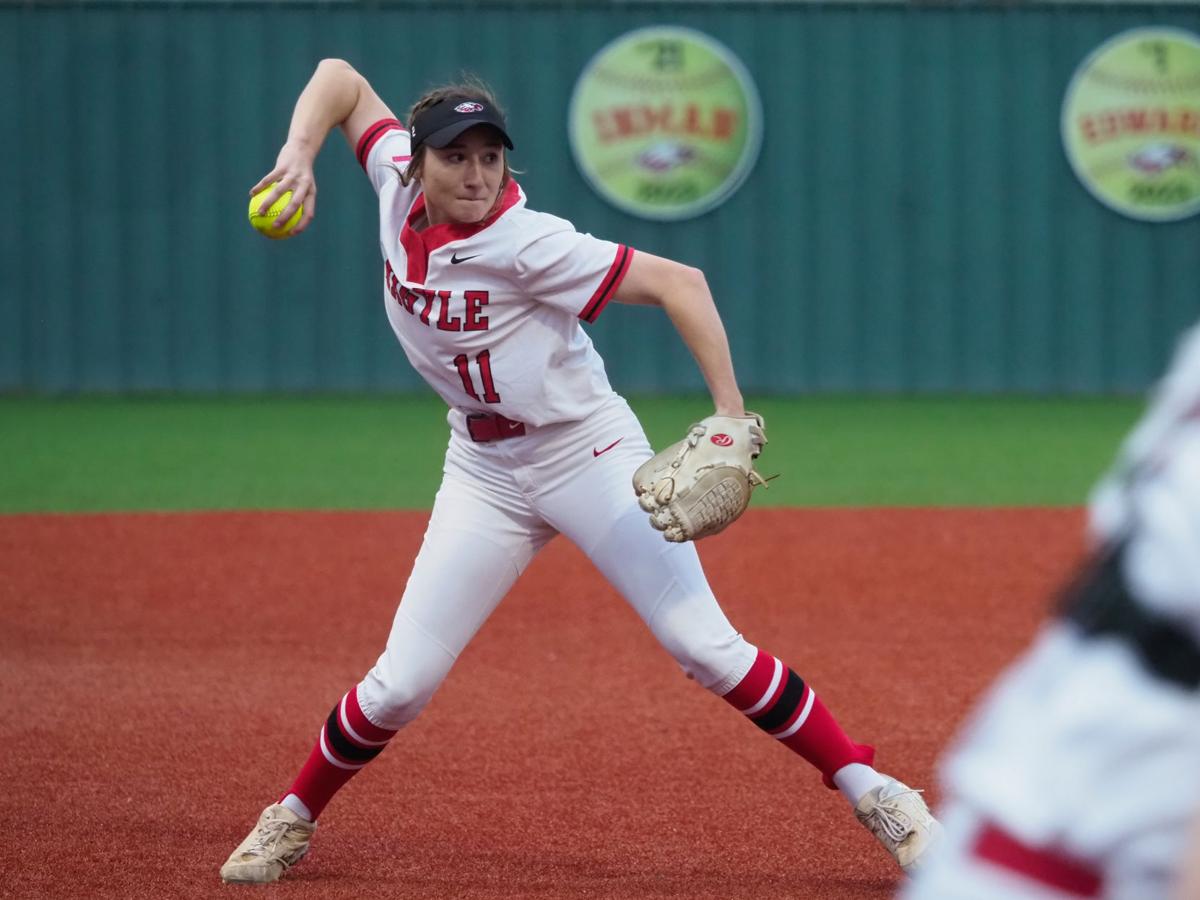 Argyle’s Hailey Clark fields the ball and throws it to first base to get a Fort Worth Carter-Riverside player out Friday in Argyle.

Argyle’s Regan Dillon (9) scores at home plate while Fort Worth Carter-Riverside fields the ball Friday at Argyle High School. The Lady Eagles came away with a dominant 34-1 win.

Argyle’s Hailey Clark fields the ball and throws it to first base to get a Fort Worth Carter-Riverside player out Friday in Argyle.

ARGYLE — Midway through the bottom of the first inning of Friday’s Class 4A playoff opener, Argyle freshman Peyton Peck laced a hard shot to the outfield and, before anyone could blink, she was already on her way to third base. As Peck slowed down for a stand-up triple, the throw to third sailed too high and rolled to the Lady Eagles’ dugout.

Peck could have easily trotted home for another run, and even her teammates were urging her to do just that. Instead, she quietly motioned to the dugout that she was going to pass on the opportunity.

An extra run in that situation wouldn’t have mattered, as Argyle already had a 12-run lead. The Lady Eagles sent 21 batters to the plate in that frame alone and ultimately cruised to a 34-1 win over Fort Worth Carter-Riverside in five innings to advance to the area round. They’ll face the winner of Burkburnett and Lampasas.

Riverside lost all six of its district games this season but made the playoffs anyway because of a small league. The top four teams in each district make the playoffs. Meanwhile, Argyle edged Decatur to win the District 7-4A title. They finished with 28 hits Friday, including 13 for extra-bases. Regan Dillon and Faith Edge each had five RBIs, with Dillon racking up three doubles. Lilly Coleman went 4-for-5 with four RBIs.

Ava Edwards and Cadence Schrader combined to allow one hit in the circle while striking out nine.

“We probably need to get the UIL to allow us to have the 15-run rule [after three innings] in the first round,” Argyle coach Kevin Cook said. “We need to promote it because it’s not fair to the other team. It’s just like football when they put in their second string — you can’t tell them to not go score touchdowns. They want to play, so we just let them loose.

“We were trying not to score one of those 99-4 basketball games. The kids played nice and relaxed. We have to stay sharp.”

Carter-Riverside took an early lead on a triple by Emily Puza. Puza ended up scoring on the play thanks to an Argyle error. But it was Riverside’s only offensive surge of the night. Argyle scored 15 runs in the first inning, three in the second, nine in the third and seven in the fourth inning.

“I’m so proud of these girls,” Cook said. “We’re going to take this show on the road [in the second round].”