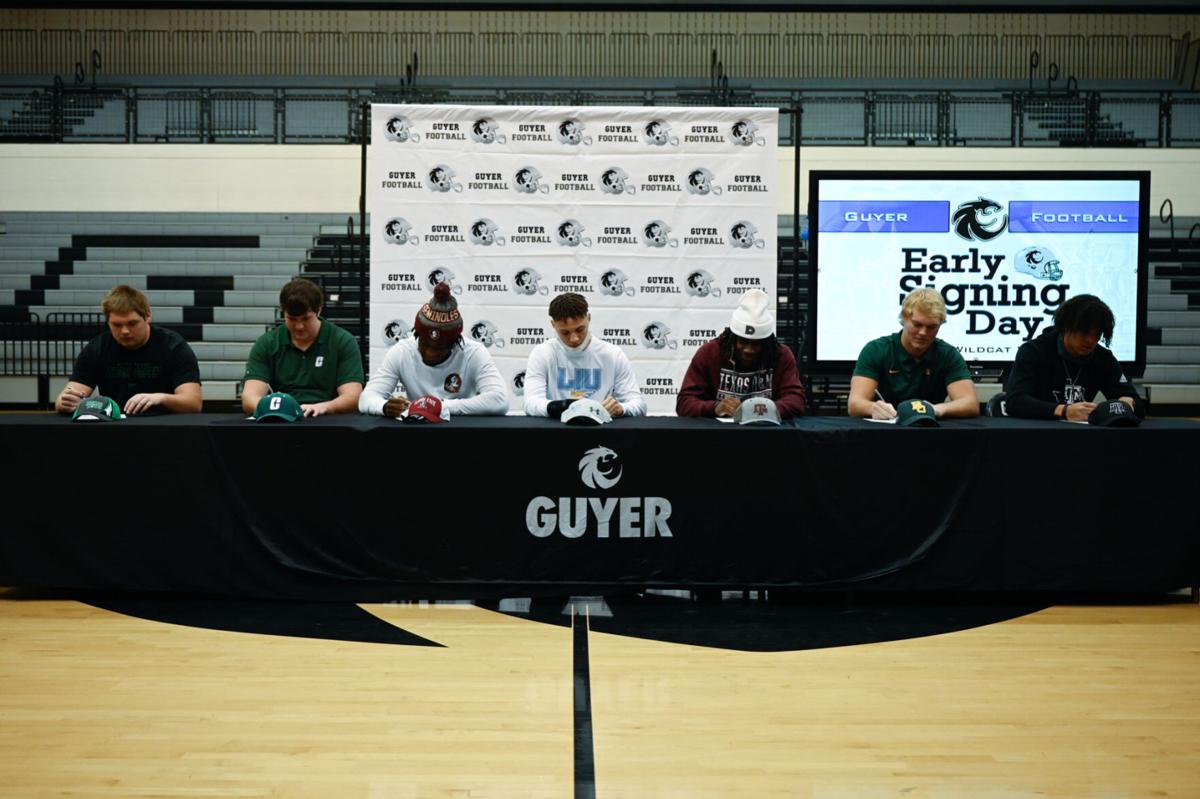 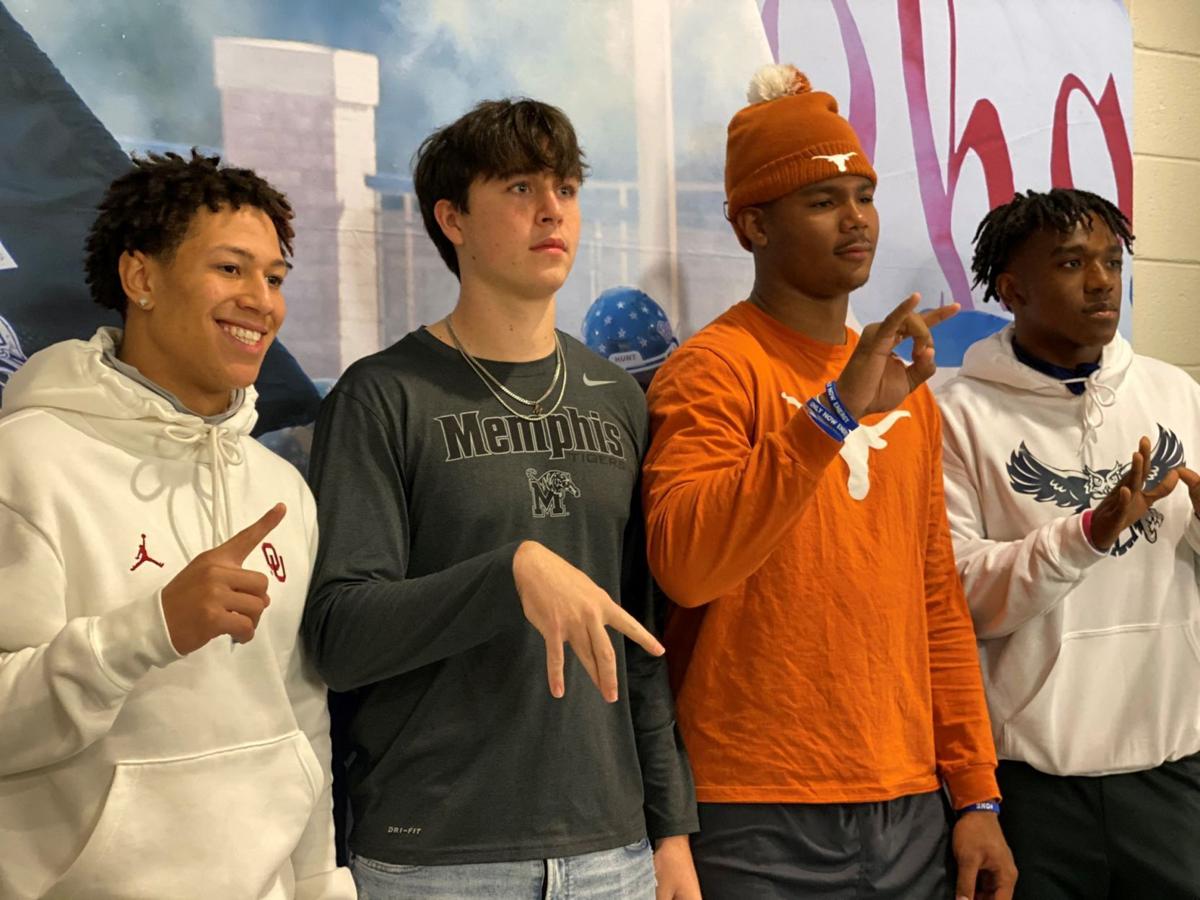 There weren’t any doubts which college program Ryan senior Ja’Tavion Sanders planned to sign with on Wednesday. Flanked by his family, all of whom wore custom “From Raider to Longhorn” T-shirts with his image on them, Sanders was decked out in a simple burnt orange Texas shirt and beanie as he made his 15-month commitment to the Texas Longhorns official Wednesday.

The 5-star defensive end plans to play on both sides of the ball at the next level and said it was Texas or bust.

“We clicked instantly,” Sanders said of Texas. “Who wouldn’t want to be in Austin? That’s how I feel. I’m just thankful for my family and how they supported my decision. My mother came up with the idea [for the shirts]. I like it. It’s different.”

Sanders was one of 18 athletes from Ryan, Guyer, Braswell and Argyle to sign on Wednesday, the first day of the early national signing period for college football. Of those 18 total signings, 15 were to Football Bowl Subdivision programs that included the likes of Texas, Oklahoma, TCU, North Texas, Florida State and Texas Tech.

Guyer had seven total signees followed closely by Ryan and Argyle with four. Braswell had three players sign on the dotted line, and all four programs will likely add more to that list in February.

“It’s a hotbed of talent in football and has been for a long time, so certainly this year was a special group in my opinion between us and Guyer and the guys at Braswell,” Ryan coach Dave Henigan said regarding Denton ISD signings. “We knew back in junior high that the Guyer and Ryan classes were going to be pretty special this particular year.”

While Sanders had everyone in Austin anxiously waiting for him to sign his national letter of intent, he wasn’t the only one at Ryan faced with similar fanfare. Billy Bowman Jr. signed with Oklahoma, 44 days after announcing his pledge to the Sooners. Bowman was previously committed to Texas along with Sanders but decommitted in October.

“It’s a winning program, and I’m excited about what coach [Lincoln] Riley is doing over there,” Bowman said. “I’m ready to be there. Seeing all of us get to this day is exciting. It all went by so fast — just like everyone said.”

Bowman was the last of the four players to sign at Ryan, as coaches broke up the signing class into designated time slots rather than having one joint signing. Sandwiched between Sanders and Bowman were linebacker DJ Arkansas, who signed with Rice, and quarterback Seth Henigan, who signed with Memphis.

“This is a dream come true. I’ve wanted to play college football ever since I was a little kid,” Arkansas said. “I had that injury my freshman year and didn’t know if this would actually happen, so for this to be a reality is amazing. Me, Ja’Tavion and Seth have been playing together since we were, like, 11. All the studs on the little league DC Raiders are now studs with the Denton Ryan Raiders. We get to go big time now.”

“We work hard, and our coaches set us up to succeed both on and off the field,” he said. “We have kids signing everywhere, and it’s exciting to see. Collegiate coaches see that and want to recruit us.”

Argyle, which is playing for the Class 4A Division I state championship on Friday night against Lindale, had three players sign on the dotted line. Tight end Jasper Lott signed with TCU. Offensive linemen Jack Tucker and Blake Spence signed with Texas Tech, while defensive lineman Darren Chapa signed with Hardin-Simmons.