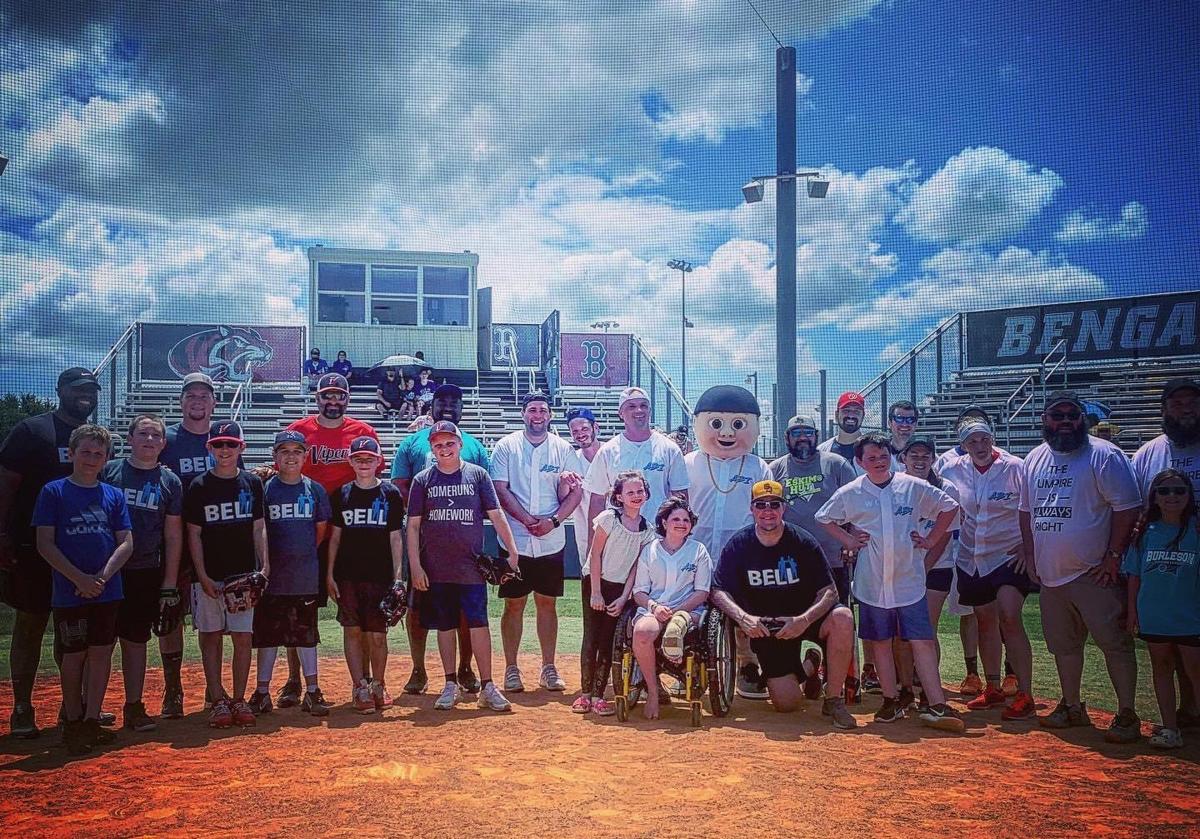 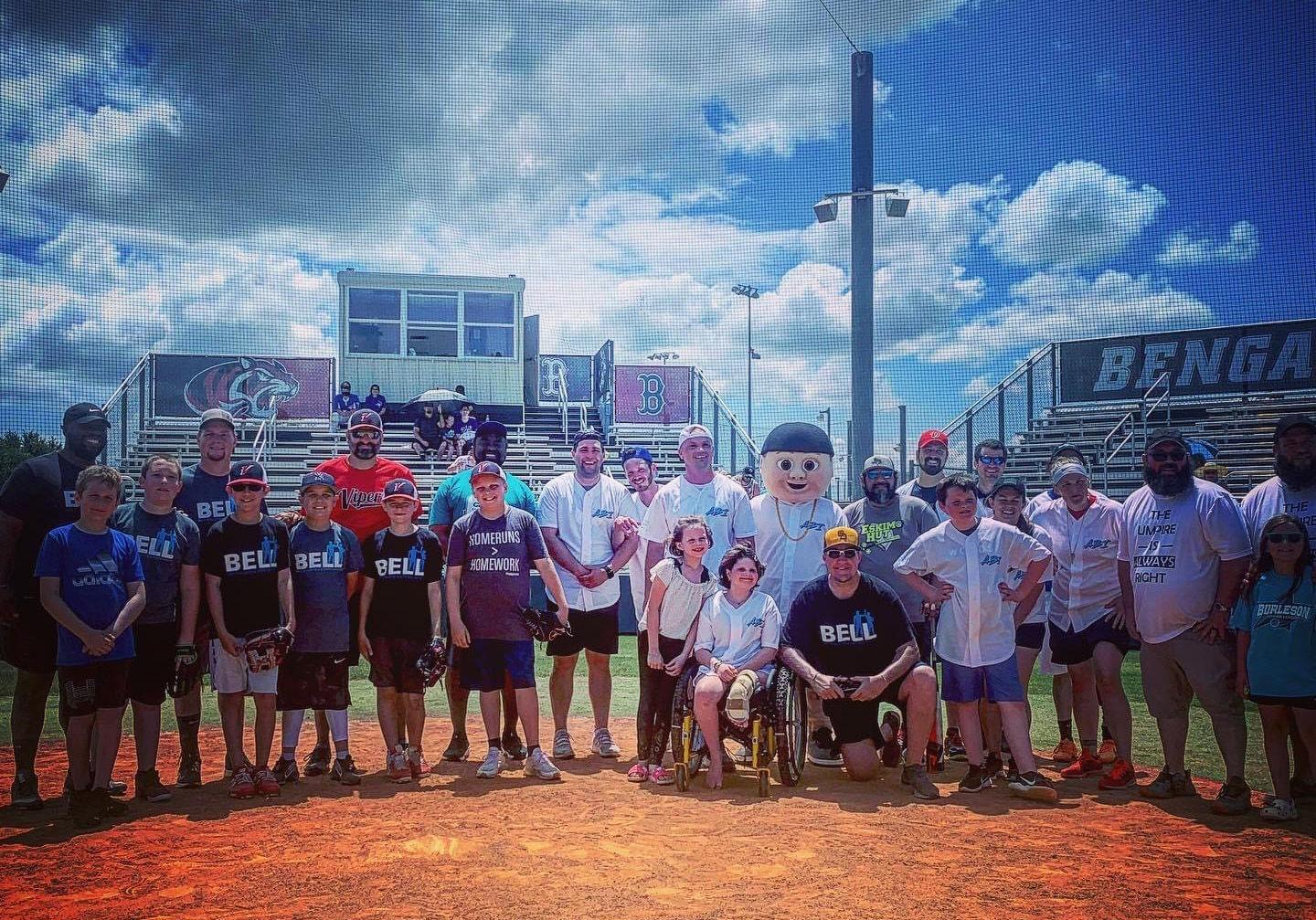 Hallie Barnard has dealt with more adversity in 13 years than most people face in a lifetime.

The Denton resident battled Diamond-Blackfan anemia, a rare disorder that affects a person’s bone marrow that produces red blood cells. She later suffered from oestosarcoma, a form of bone cancer that forced doctors to amputate her left leg above the knee nearly two years ago.

Those challenges didn’t stop Barnard and her family from founding Hallie’s Heroes, a charity benefitting children with medical issues.

And it certainly didn’t prevent her from grabbing a megaphone and doing all she could to cheer on those who participated in a charity softball game last weekend at Braswell. Bell Leadership Academy, a group at Bell Elementary School, put on the event that benefited Barnard and her family.

“Hallie threw out the first pitch and had so much fun,” said Andy Kane, a co-founder of the academy. “It was awesome to see the smiles on everyone’s faces.”

Kane couldn’t think of a child more deserving of a fun afternoon with her family than Barnard and stepped in to provide it through Bell Leadership Academy. He founded the organization at Bell Elementary School, where he teaches. The group helps provide positive male leadership to boys in the fifth grade.

Kane brings in longtime friend Scott Odom to speak annually to the members of the academy.

Odom suffered from childhood cancer and had his right leg amputated above the knee when he was 14. He often speaks to children facing amputations or major surgeries at Cook Children’s Medical Center.

Hallie was one of the patients he has taken under his wing.

That connection led to Bell Leadership Academy putting on its first charity softball game for its third fundraising event.

Hallie and her sister served as cheerleaders for the game that pitted members of the academy against able-bodied and amputee players. Members of the Barnard family played in the game that was more about fun than serious competition.

“It was really fun,” said Elyse Barnard, Hallie’s mother. “Hallie said that next year she hopes to be on the field, helping raise money for another kid.”

The students who are members of the academy helped run the event and played in the game. This was the first time the academy put on a softball game.

Previous events featured a basketball game. Odom is the co-founder of Amputee Basketball Invigorated, a charitable organization that helps those in need with medical expenses.

The softball game went so well that Kane and Odom are planning to stick with softball for future Bell Academy events.

The academy has raised approximately $20,000 through the three events that have put on over the last four years, including last weekend’s game. The money raised through ticket sales, raffles, an online auction and donations will go toward paying for Hallie’s prosthetic leg.

“We have served so many other families through our charity, so it was really awesome to be served and helped,” Elyse Barnard said. “Andy and Scott are such great role models. Scott comes over on his lunch break to hang out with Hallie.”

Hallie has been homebound for three years and is hoping to return to school next year.

The funds Bell Leadership Academy raised for Hallie will help her move closer to that goal.

The opportunity to get out and have some fun was also important for the family.

“For those few hours they can escape from the reality they’re in,” Odom said. “It was cool for them to have that day to relax and do things as a family.”

Kane and Odom are convinced the members of the academy who helped put the game on benefitted from the experience as well.

“It’s a cool way for them to serve and know that there are people their age in Hallie’s shoes,” Odom said. “It helps them appreciate their lives, gifts and talents and helps them use them for something bigger than themselves.”