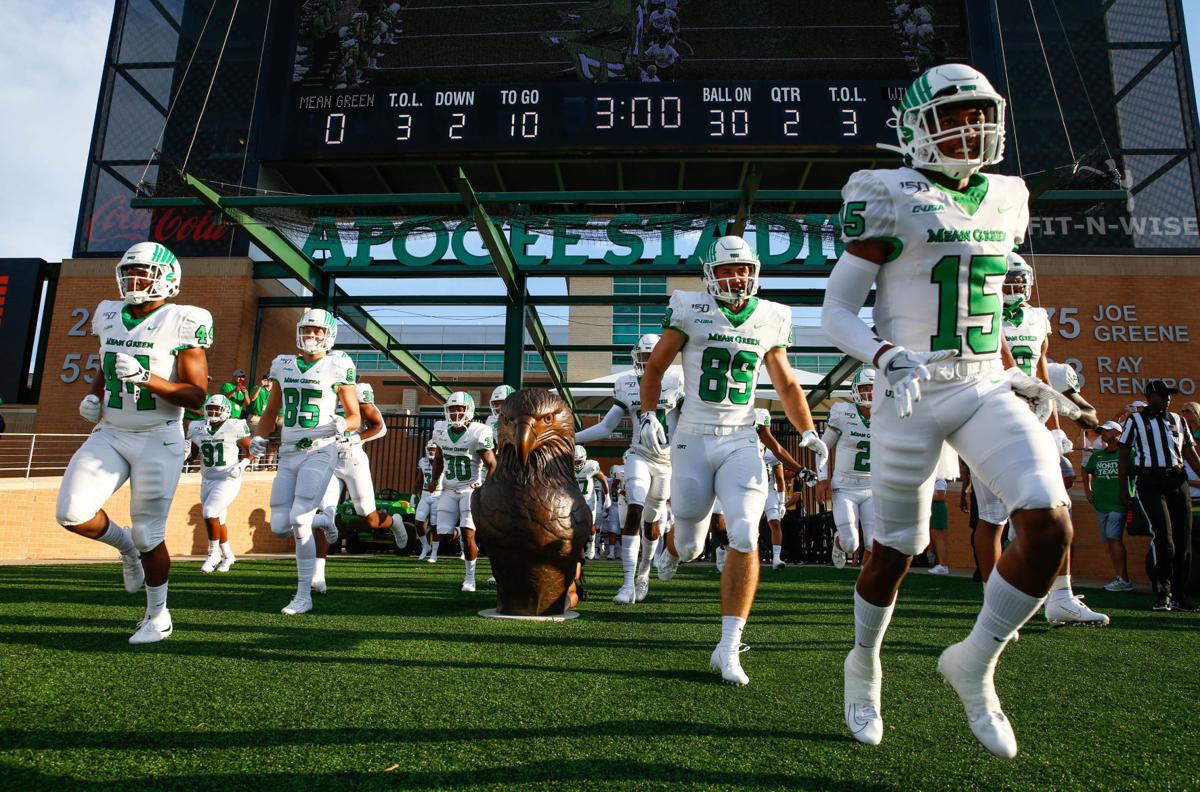 North Texas coach Seth Littrell is set to add Eric Mathies to his staff as his defensive line coach.

A tough season on the field hasn’t slowed North Texas’ momentum when it comes to building for the future.

The Mean Green picked up commitments from a series of highly regarded high school and junior college prospects dating back to the spring. A host of those players are expected to sign their letters of intent on Wednesday.

The Mean Green have 18 players who have committed and enter the early signing period with the No. 2 rated recruiting class among Conference USA teams by 247Sports. Only Louisiana Tech has a higher rated class.

UNT has seen its recruiting class rankings soar the past two seasons under coach Seth Littrell and is set to cash in again despite a tough campaign this fall. The Mean Green finished 4-8 and failed to qualify for a bowl game for the first time in four seasons under Littrell.

UNT’s coach vowed to find a way to get the program back on track in the days leading up to a season-ending loss to UAB.

“We all have to grow through this and figure out how to move forward in a positive direction,” Littrell said. “Ultimately, we are here to develop and mentor these men and compete for championships.”

UNT is hoping its recruiting class will help it move closer to that goal. The Mean Green have several highly rated players in their class, including Lubbock Coronado offensive lineman Erik Williams.

The Mean Green also dipped into the junior college ranks to pick up commitments from two players who are expected to sign and arrive at UNT in time for the beginning of spring practice.

Defensive end Davontae McCrae of East Mississippi Community College and offensive lineman Anterrious Gray of Northwest Mississippi will both have the opportunity to start right away.

Littrell fired offensive coordinator Bodie Reeder and defensive coordinator Troy Reffett at the end of the season and has yet to announce their replacements. Littrell is highly involved in UNT’s offense, so that won’t change much no matter whom he hires as his new coordinator.

UNT ran a 3-3-5 scheme under Reffett and could end up running a new system next season.

The Mean Green hung on to the majority of their key recruits despite a tough season and the turnover in their coaching staff, but the team did lose a series of key recruits who backed out of their commitments. Several of those players are expected to sign with other schools.

Highly regarded quarterback Kade Renfro committed to UNT in June and saw his stock soar during his senior season. He backed out of his commitment to UNT in late November and is now headed to Ole Miss.

Dempsey is a Florida native and elected to play his final two seasons in his home state.

Jeff Traylor hired his brother for his staff at UTSA and landed Ligon a short time later.

Losing three key recruits late was a tough blow for UNT, but the members of the Mean Green’s signing class remain confident that they will help UNT bounce back from a rough season.

“I know this year wasn’t what everyone wanted, but great programs are built stronger through adversity,” Friendswood tight end and longtime UNT commit Christian Lee said. “That type of adversity when everyone must dig deep, fight and claw for what they want.”

UNT’s staff did just that over the last few weeks while building what is expected to be one of C-USA’s best recruiting classes.