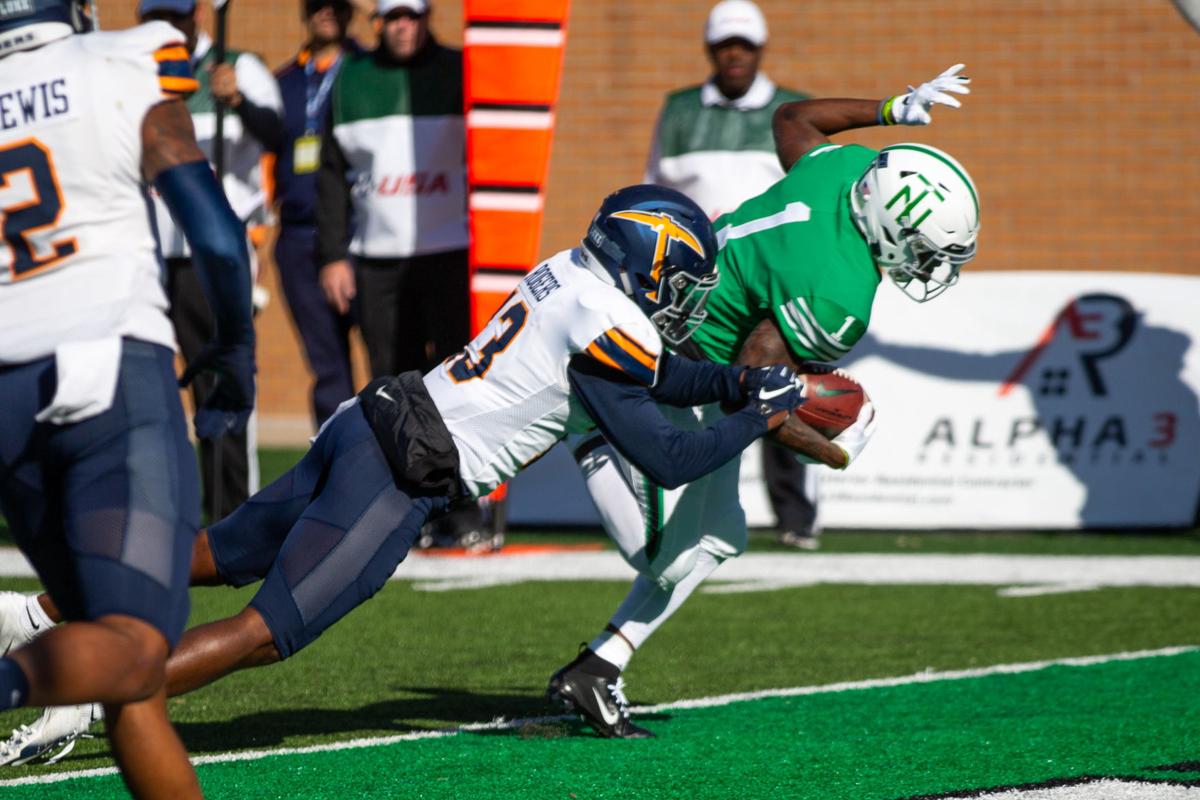 North Texas wide receiver Jaelon Darden (1) scores one of his three touchdowns last week in the Mean Green's win over the Miners at Apogee Stadium. UNT will face Louisiana Tech in Ruston on Saturday. 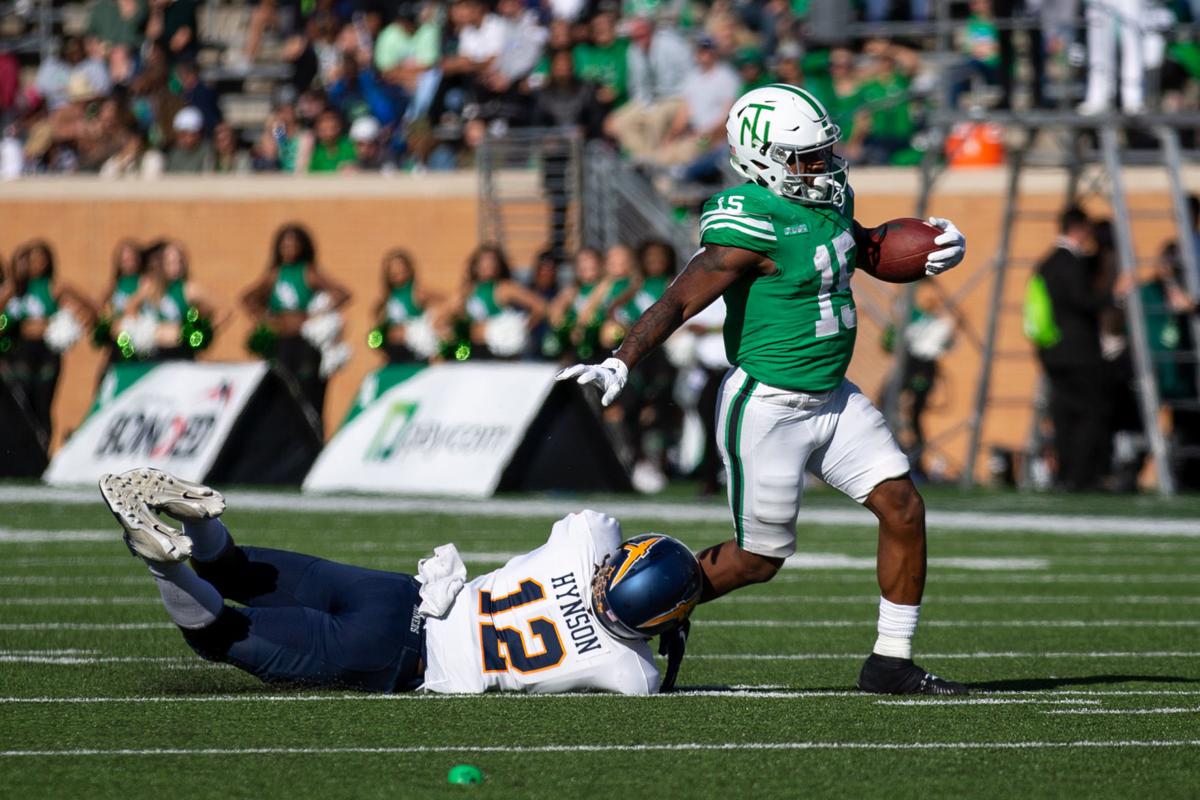 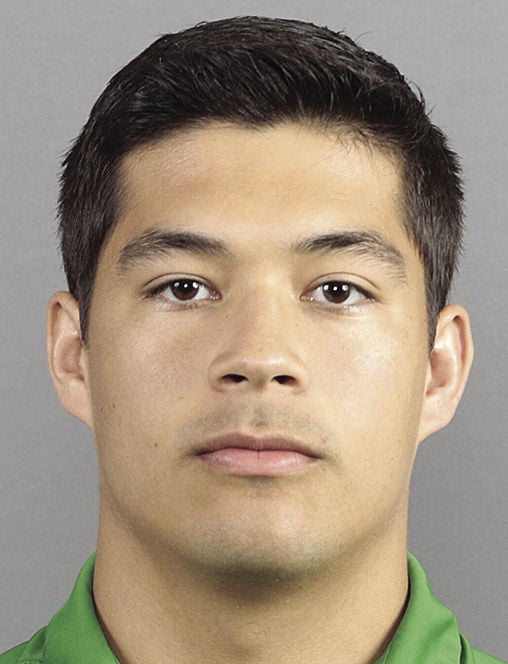 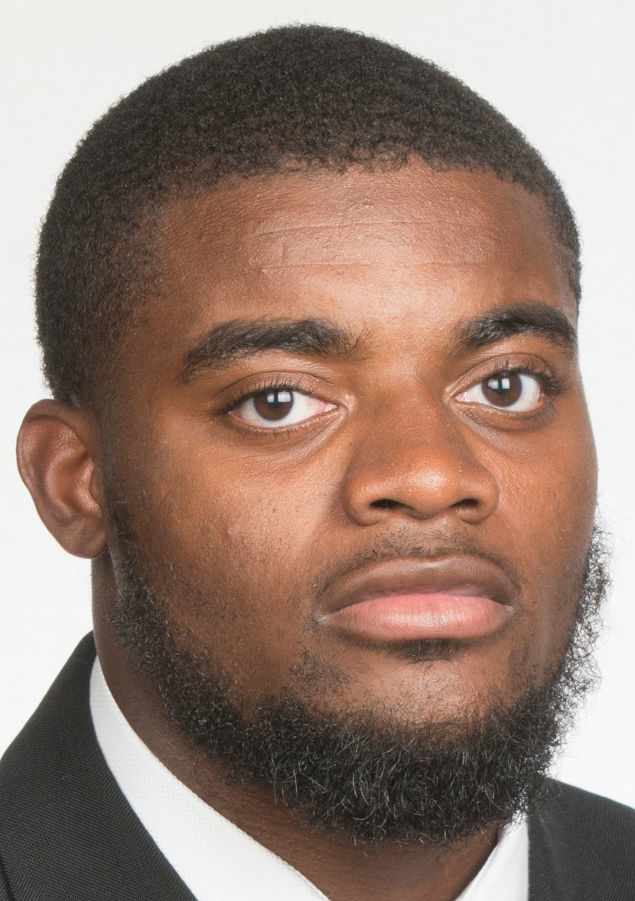 North Texas coach Seth Littrell views the month of November as a test of character in college football.

Teams wear down. Injuries pile up.

“It’s a grind for every team in the country,” Littrell said. “You have to fight through it and overcome it as a team. The teams that do it are the ones that make it to bowl games and go on championship runs.

“The month of November decides a lot in college football.”

That will certainly be the case for UNT heading into a game at Louisiana Tech on Saturday. How the Mean Green fare against the Bulldogs and in the two games that follow will determine if UNT rallies late and plays in a bowl game for the fourth straight year or stumbles to the finish in what would be a remarkably disappointing season.

The Mean Green (4-5) are 3-2 in Conference USA and need to win two of their last three games to become bowl eligible in a season that began with high hopes after UNT was picked to win the league’s West Division in its preseason poll.

UNT isn’t out of the hunt just yet but needs to have everything unfold perfectly to keep its conference title hopes alive heading into a game against the red-hot Bulldogs. Louisiana Tech (7-1) has won seven games in a row and at 4-0 is the last C-USA team without a loss in league play.

“We know our backs are to the wall,” Littrell said. “We haven’t had the results we would like. There is a lot that has gone on up to this point with injuries and depth, but ultimately that is an excuse. You have to find a way to win games.”

UNT has done just that while winning two of its last three. Keeping that run going will be tough for the Mean Green, who are limping into their game against the Bulldogs.

Running back DeAndre Torrey hasn’t played in UNT’s last two games and is doubtful to return against Louisiana Tech due to an ankle injury. Linebacker KD Davis, safety Taylor Robinson and nickel Makyle Sanders are all questionable with undisclosed ailments.

Offensive lineman D’Andre Plantin has missed UNT’s last three games due to injury and isn’t expected to return this week, while wide receiver Rico Bussey Jr. is out for the year with a torn anterior cruciate ligament in his knee.

Quarterback Mason Fine has tried to help his team deal with those obstacles by setting the tone for the program.

“I don’t have many opportunities left and am bringing the juice every day and going all out,” Fine said. “[Offensive coordinator Bodie Reeder] asked today how much we have left. I’m going to empty my tank and prepare so that I have no regrets. I’m going to do everything I can.”

Fine was at his best in UNT’s 52-26 win over UTEP last week, when he threw a career-high seven touchdown passes.

The Mean Green will need Fine, who pushed his career passing yardage total to 12,026 last week, to be at the top of his game again this week against Louisiana Tech. The Bulldogs have beaten their last three opponents by at least 15 points.

“Their defense is very explosive and very stingy,” Littrell said. “They play very well together, and we know how explosive they can be offensively.”

Louisiana Tech has also had a bye week to prepare for UNT.

“I don’t know if I’ve ever had a team this healthy eight weeks into the season,” Louisiana Tech coach Skip Holtz said. “It speaks volumes for what this team did in the summer and fall camp.”

That preparation has helped Louisiana Tech average a C-USA-high 36.4 points per game behind quarterback J’Mar Smith, who is averaging 277.5 passing yards.

The Bulldogs are nearly as productive on defense while ranking third in the league with an average of 23.6 points allowed per game.

UNT has focused on getting as healthy as it can be heading into what could be a shootout with the Bulldogs. The Mean Green are averaging 35.0 points per game.

“About game nine is the peak of where you have to focus in on nutrition, extra treatment and getting your rest,” Littrell said. “We have to put them in position to be successful and take some strain off their bodies.”

UNT is hoping that extra effort will help it handle the November grind when it takes on a Louisiana Tech team that is rested, on a roll and will also have a lot on the line.

The Bulldogs are in position to win C-USA’s West Division and advance to the conference title game.

“They’re a good team,” UNT wide receiver Deion Hair-Griffin said. “We are just trying to go 1-0. That’s our mission right now. We are going to prepare to play a good team.”

Those preparations are just a little bit tougher right now as UNT continues to fight through the November grind.

Two of the premier players in Conference USA will face off when UNT takes on Louisiana Tech. UNT quarterback Mason Fine will be on one side, while Louisiana Tech cornerback Amik Robertson will be on the other.

Fine enters the game as the leading active passer in major college football with 12,026 yards. He ranks second among C-USA quarterbacks with an average of 290.1 passing yards per game.

UNT tends to go as Fine goes on the offensive side of the ball.

Robertson has made just as big of an impact for Louisiana Tech and Fine has made for UNT. The junior has intercepted five passes, a total that puts him in a tie for second nationally. His 17 passes defended lead the nation.

UNT coach Seth Littrell says that he wants his offense to take advantage of the weaknesses of a defense, but there is little doubt the Mean Green will have Fine put the ball in the air. He’s thrown at least 38 passes in each of UNT’s last three games.

Louisiana Tech ranks last in C-USA with an average of 274.0 passing yards per game in conference play, despite featuring Robinson in its secondary.

UNT will stand a much better chance of winning if it can get Fine rolling in the passing game.

UNT features Mason Fine, who has thrown for 2,611 yards on the season as well as running back Tre Siggers. The sophomore has rushed for 713 yards in seven games.

Louisiana Tech cornerback Amik Robertson has five interceptions on the season, while linebacker James Jackson has forced three fumbles, a total that ties for the league lead.

UNT has struggled for much of the season defensively and ranks 11th in the league with allowing an average of 32.4 points per game.

The Mean Green showed some signs of progress last week while allowing just three touchdowns in a win over UTEP but has not been very consistent overall.

UNT will be in for a big challenge this week when it takes on a Louisiana Tech team that leads C-USA with an average of 36.4 points per game.

UNT has averaged 45.3 points per game in its four wins and will likely need another big day offensively to knock off Louisiana Tech. The Mean Green are capable of reaching that goal behind quarterback Mason Fine and running back Tre Siggers.

Build on a good day defensively

The Mean Green’s defense enjoyed one of its best days of the season last week in a win over UTEP. UNT allowed just three touchdowns against the Miners. The Mean Green need to build on that performance when they face a potent Louisiana Tech team.

Find a comfort zone on the road

UNT has struggled on the road all season and has lost all four of its games away from Apogee Stadium. Some of those struggles have to do with who UNT has faced away from home. With that being said, the Mean Green must find their groove in Ruston.

Come up with a game-changing play

UNT will need a big play or two to upset Louisiana Tech in Ruston. The Mean Green are capable of coming up with those types of plays. They could be interceptions, fumbles or big plays offensively. The bottom line is UNT needs to come up with a few to pull out a win.