STEPHENVILLE — Bo Hogeboom tossed four first half touchdown passes to lead Argyle (1-0) to a 42-14 rout of Stephenville (0-1) in the newly remodeled Memorial Stadium on the campus of Tarleton State University.

After turning the ball over on downs in the Stephenville red zone on the opening series, Argyle’s offense got rolling as Hogeboom hooked up with Alex Gonzales from 14 yards out to put AHS on the board with a 7-0 lead. After forcing a Stephenville three and out, Argyle extended the lead to 14-0 as Hogeboom lofted a perfect deep ball to Cole Kirkpatrick for a 68-yard touchdown and the rout was on.

Hogeboom would hook up with Gonzales once again before ending the first quarter on a 9-yard scoring pass to make it 21-0 Argyle. The lead ballooned to 28-0 as Hogeboom found Cade Merka for a 25-yard touchdown and the first half barrage ended with a defensive touchdown as Cullen Davee returned an interception 14-yards for the score and a 35-0 halftime lead for Argyle.

Argyle’s reserves saw plenty of time in the second half, but Hogeboom would add one more scoring pass to his total as he found Gonzales for 15-yard touchdown pass to give Argyle a 42-0 lead to close the scoring out for AHS. Stephenville would get on the board in the second half with a pair of scoring runs from Kason Phillips who finished with 115 rushing yards.

Hogeboom would finish with 358 yards and five touchdowns passing, while the Argyle defense harassed Stephenville quarterback Kade Renfro, a UNT verbal commit all night, holding him to just 77 passing yards and picking him off twice.

Pitts, finished the night with 155 yards rushing on 15 carries and completed six-of-nine passes for 140 yards. The senior signal-caller had touchdown throws of 28 yards to Jabari Anderson, 39 yards to Javin Bruce and 40 yards to Max Hollar. Pitts scored his touchdown on a 60-yard run.

The Pilot Point defense came up with two fumble recoveries and four interceptions during the first half when the Bearcats built a 53-0 lead. Javin Bruce returned an interception 70 yards for a TD and Max Hollar had a 75 yard interception return for a score. Pilot Point limited Bridgeport to 185 yards in total offense.

The Bearcats will host Krum next Friday.

PONDER — The Ponder Lions jumped out to a two touchdown advantage in the first quarter and never looked back, taking a 35-21 victory over the Howe Bulldogs.

Junior Chase Taylor led the offensive attack for the Lions, rushing for a game-high 164 yards on 21 carries and scoring on runs of 1, 20 and 80 yards. Terrance Clark had 135 yards rushing on 20 attempts and scored once on a five-yard run.

Hunter Green had a fumble recovery return of 23 yards in the first quarter when Ponder built a 21-7 lead. 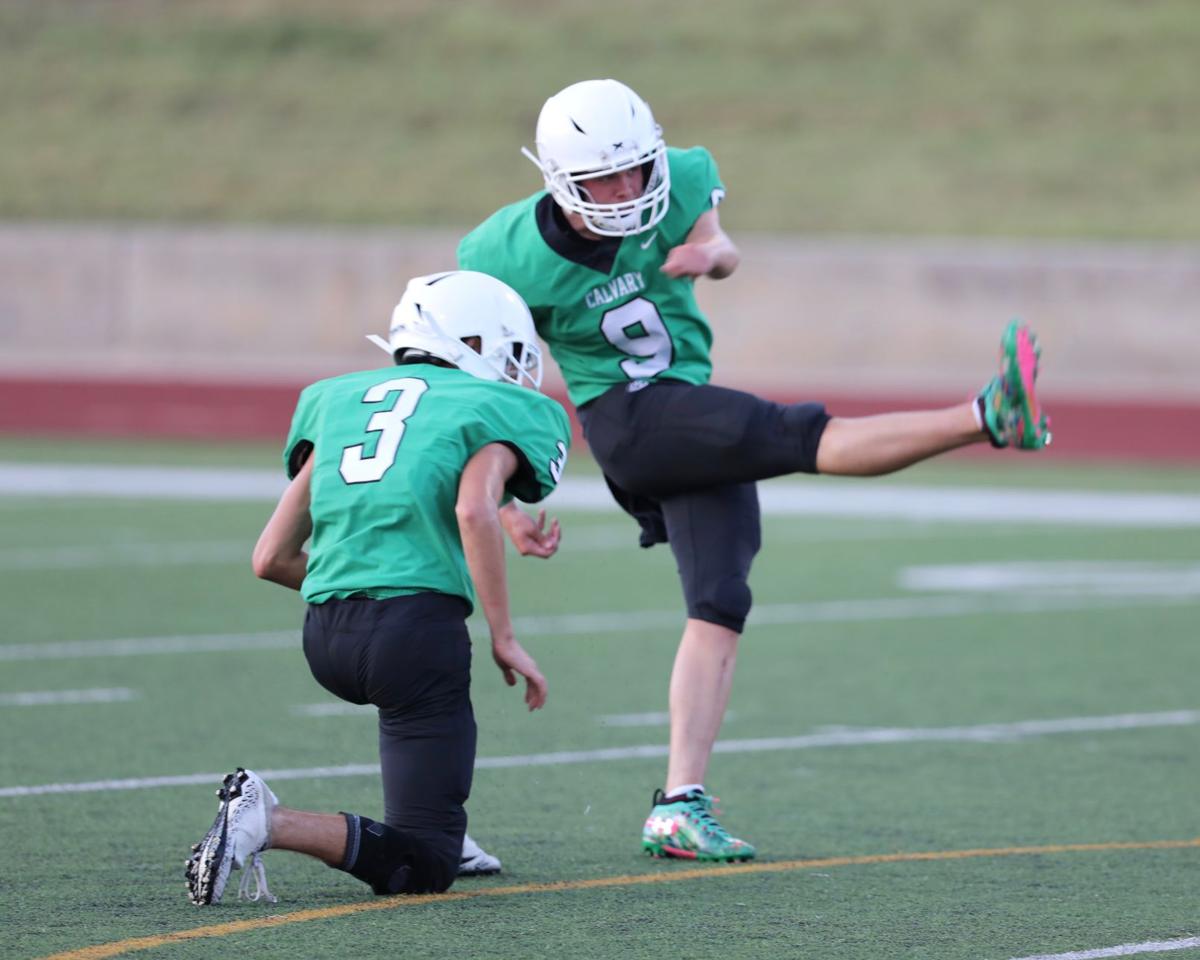 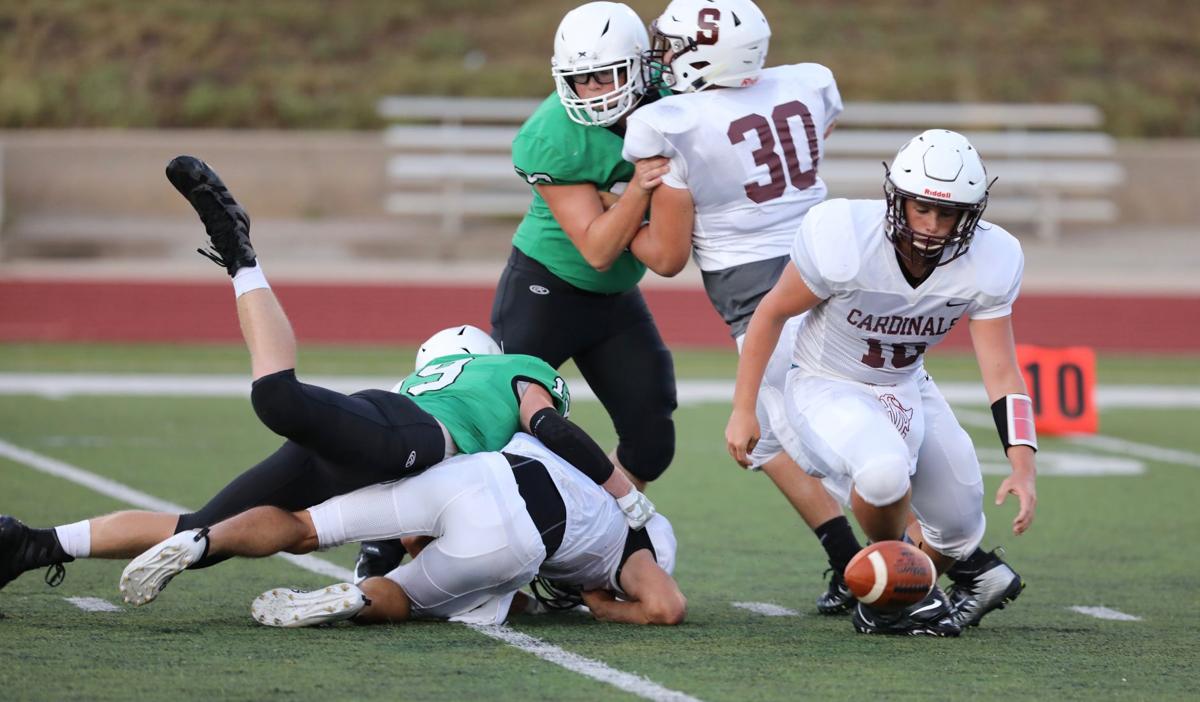 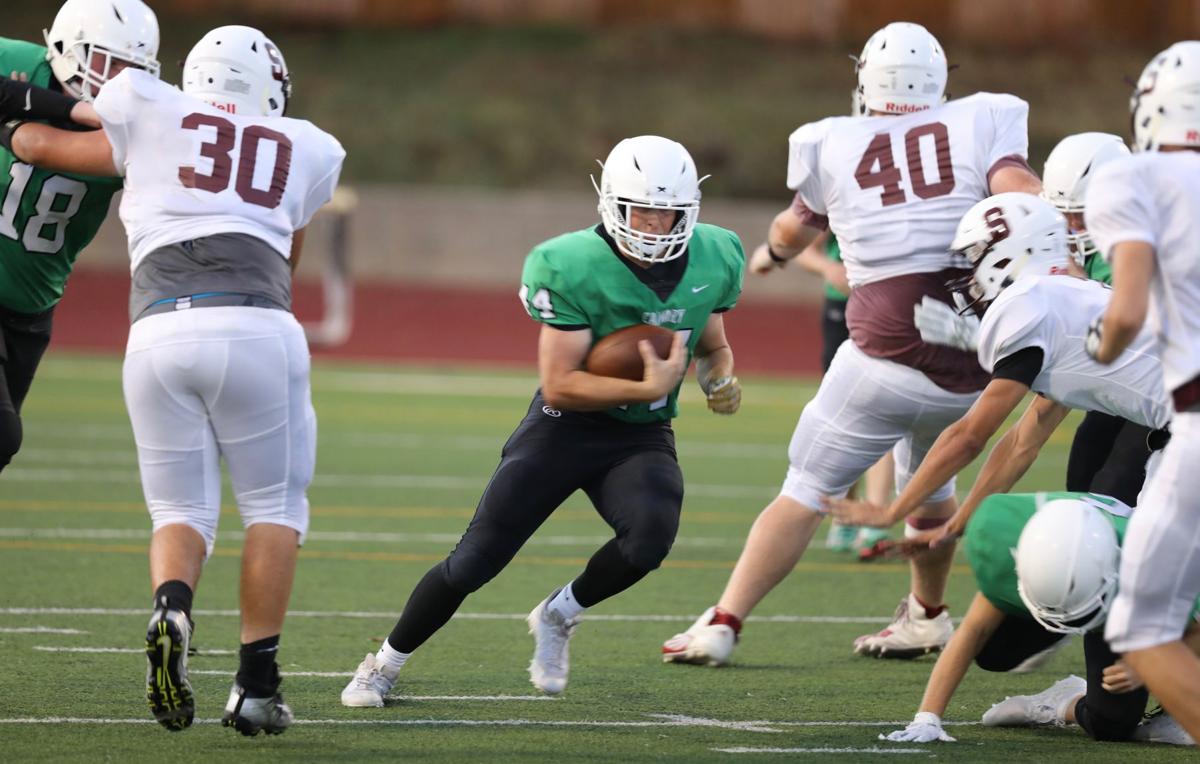 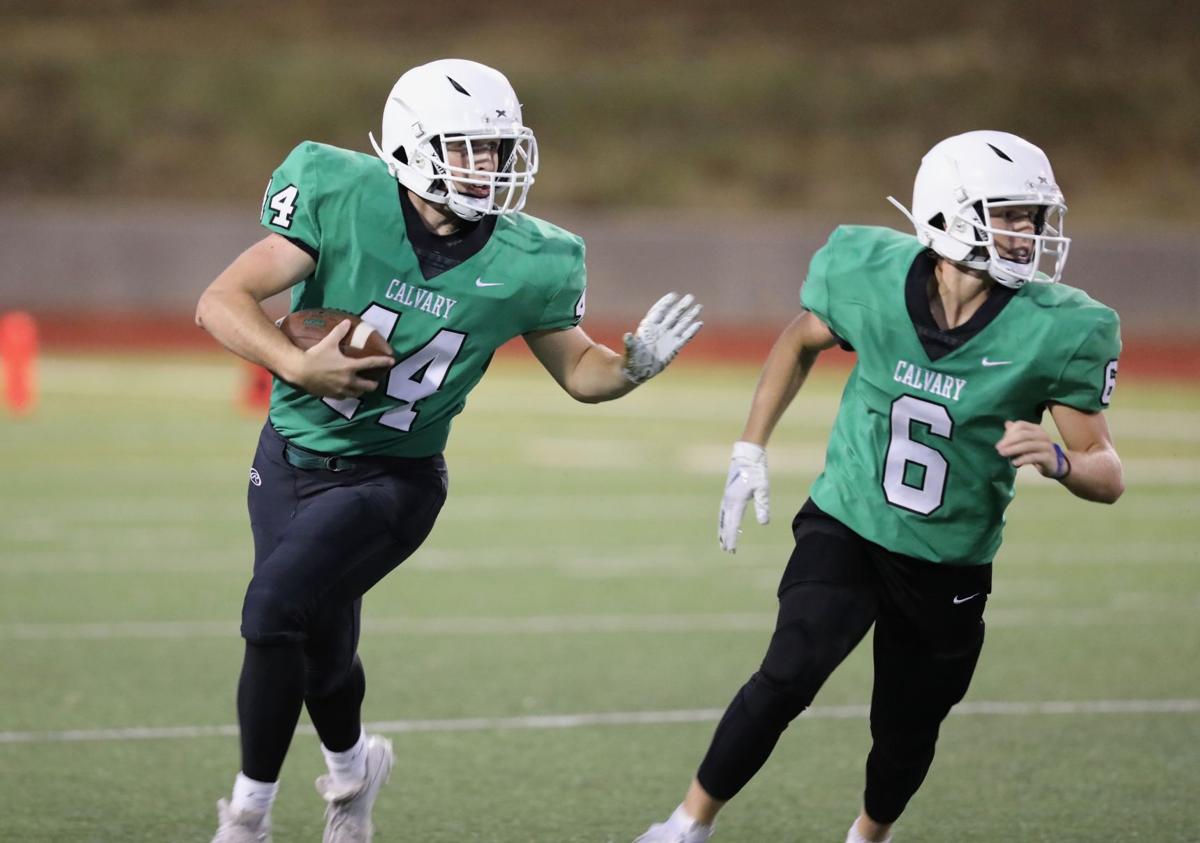 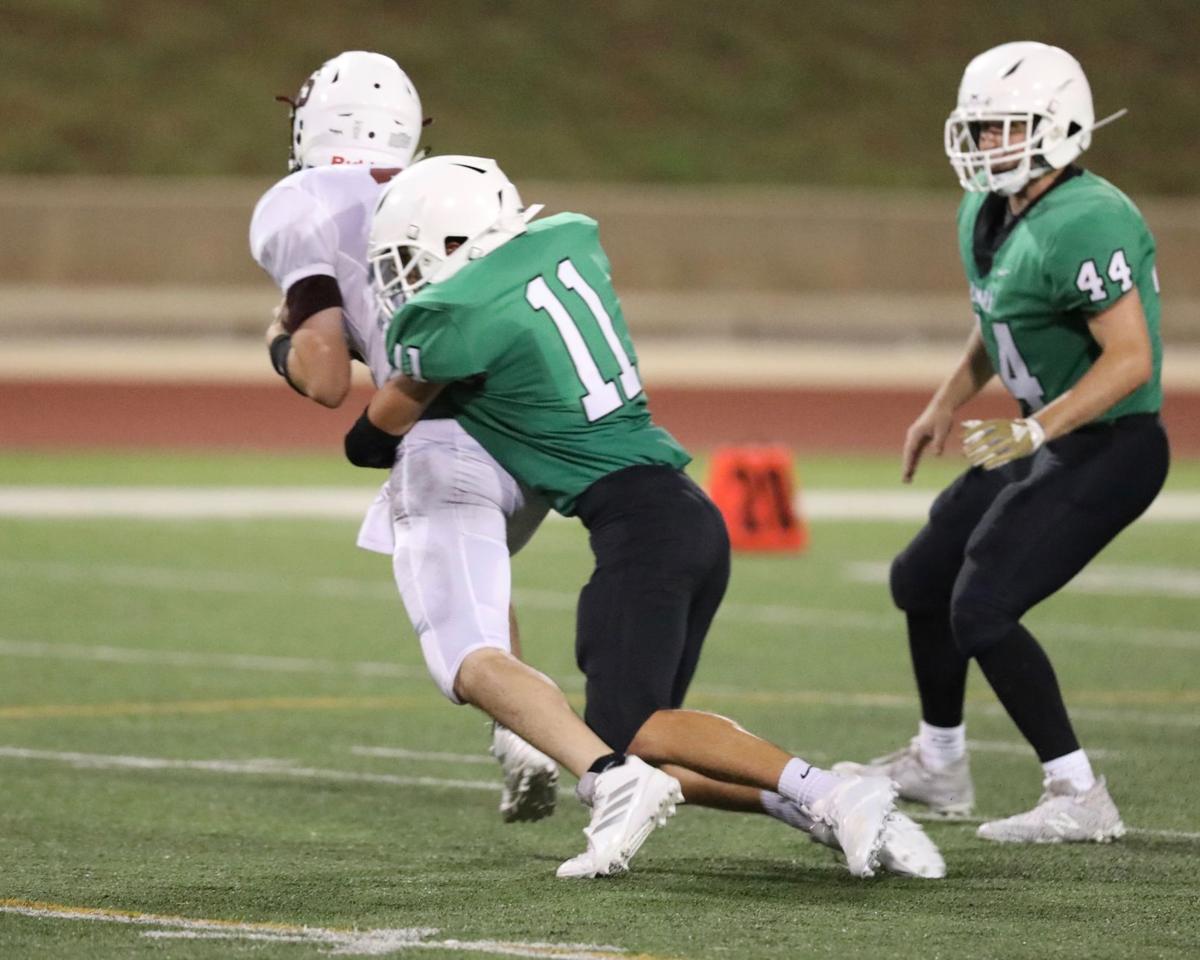 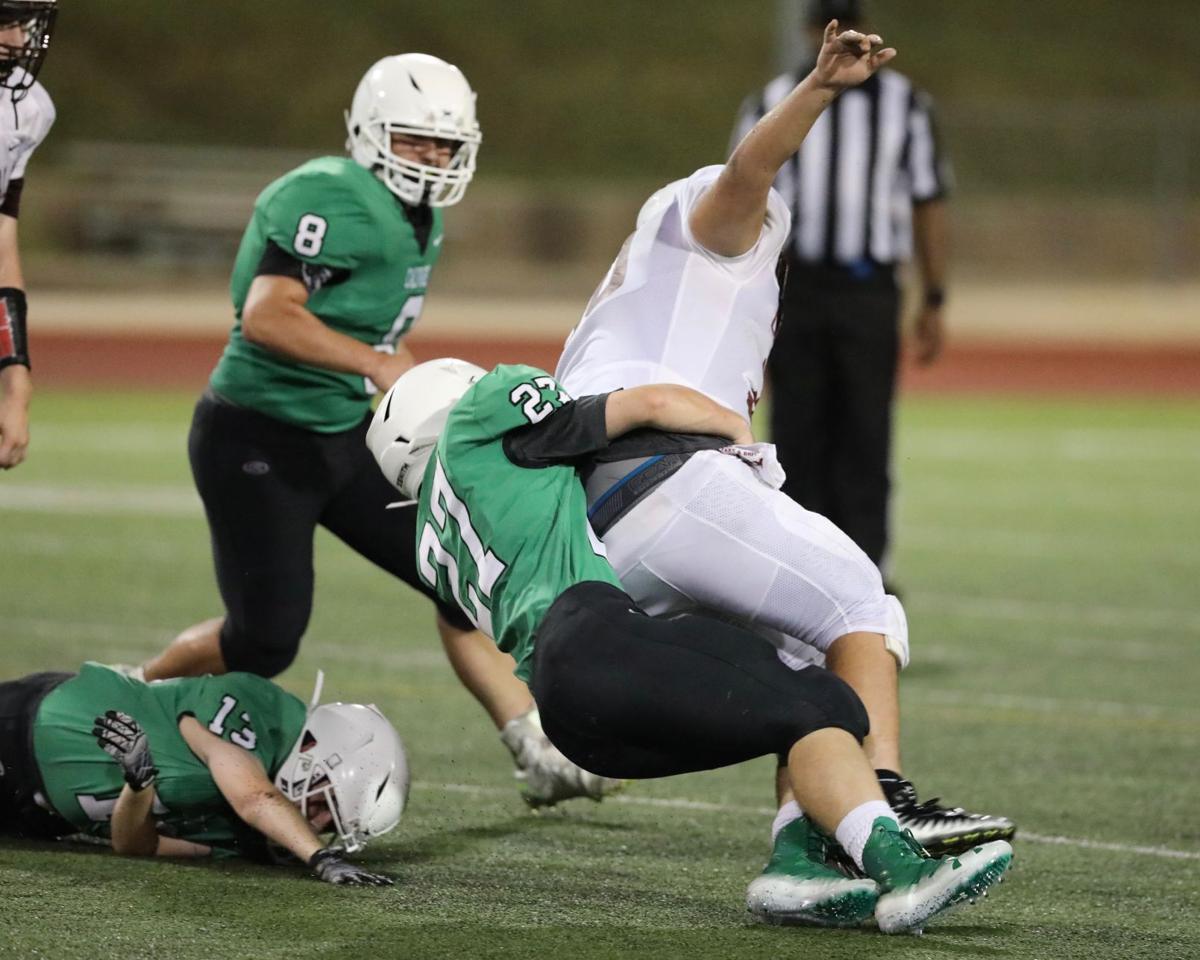 Calvary, under new head coach Paul Davis, manhandled Savoy in a game halted at halftime due to the TAPPS mercy rule. The Lions rolled up 295 yards while their defense allowed Savoy just 40 yards in total offense.

Quarterback Beck Hillman was just one of two passing but connected with Brice Coffey for a 62-yard TD and also scored on a 34-yard run. Preston Hamilton got the other Calvary touchdown on a five-yard run.

The Lions will be off next week before hosting Harvest Christian in two weeks.

SANGER — Plainview rolled to a 46-13 victory over the Sanger Indians in the season opener for both teams.

Sanger travels to Springtown next week.