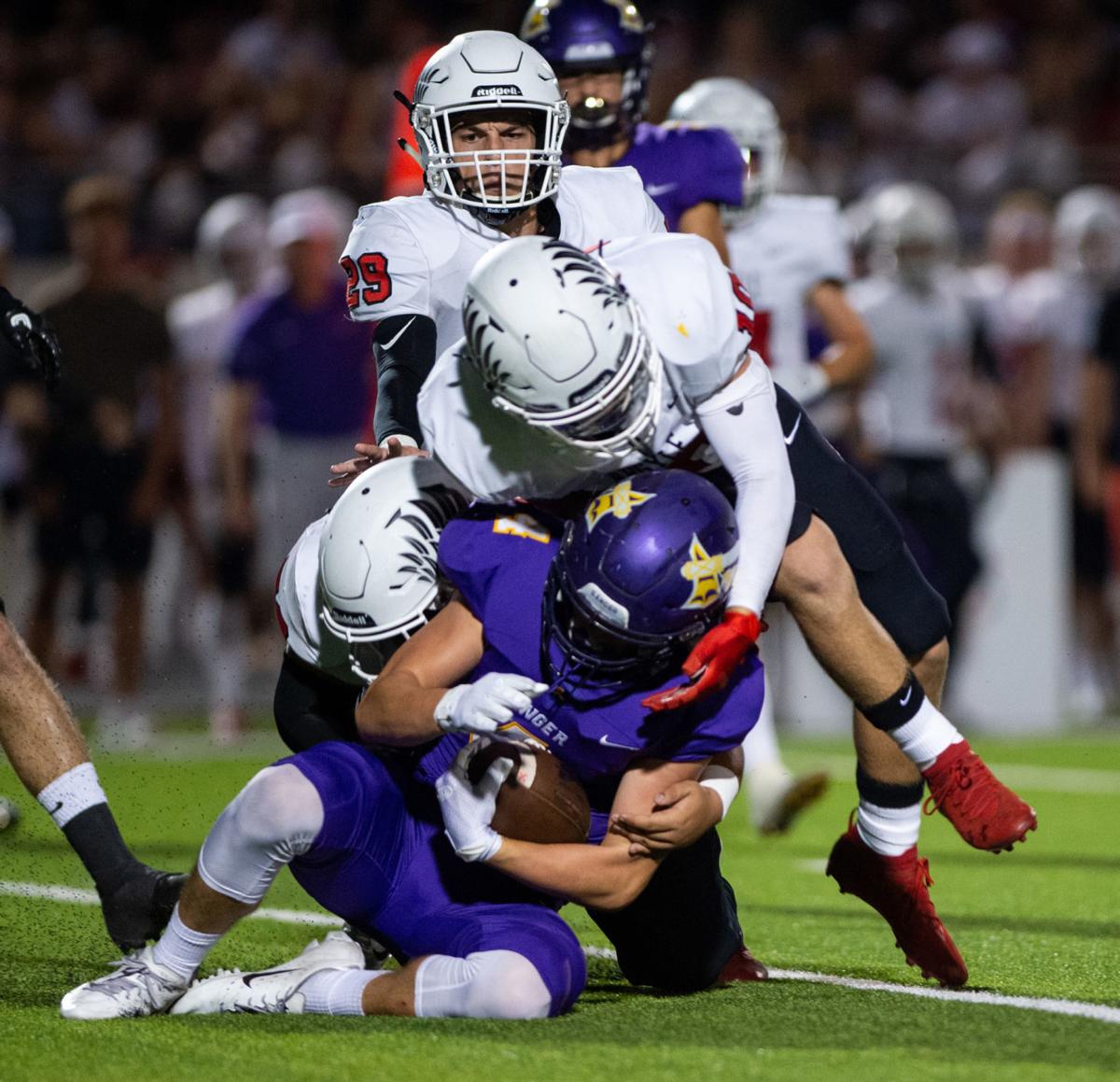 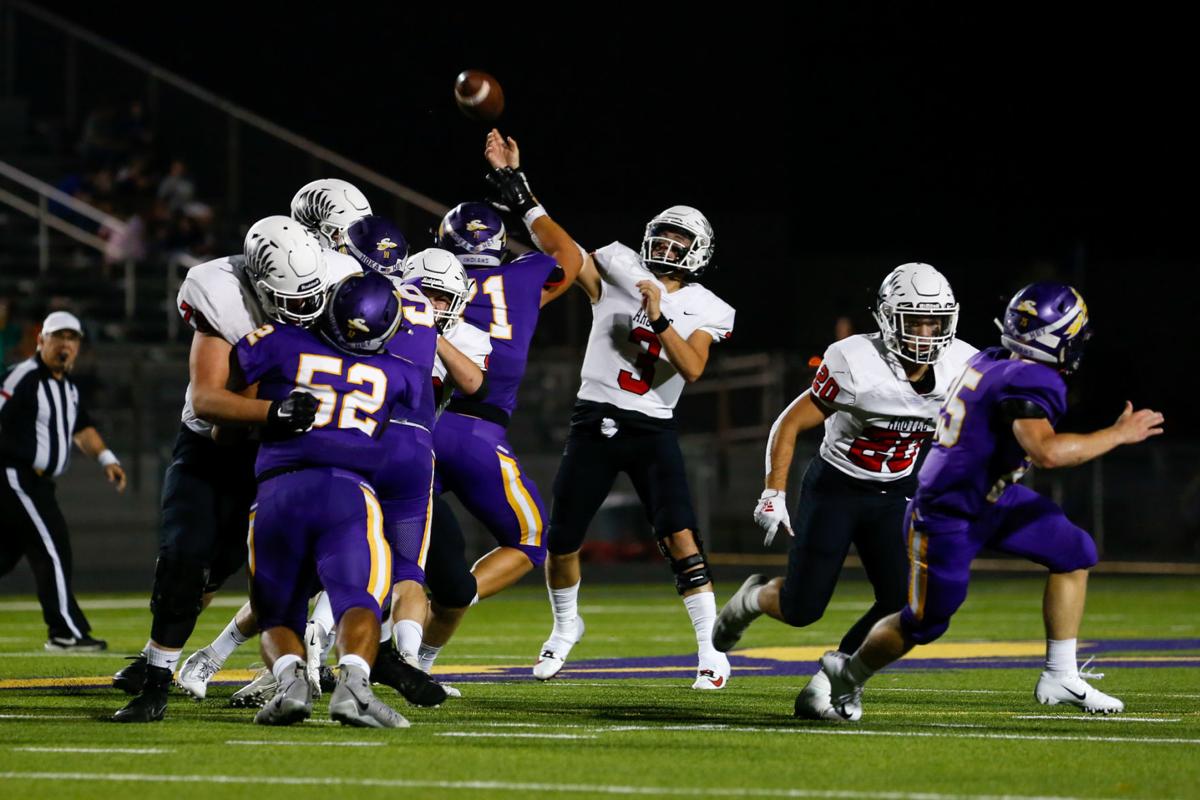 Argyle quarterback Bo Hogeboom (3) throws the ball for a touchdown Friday at Sanger. 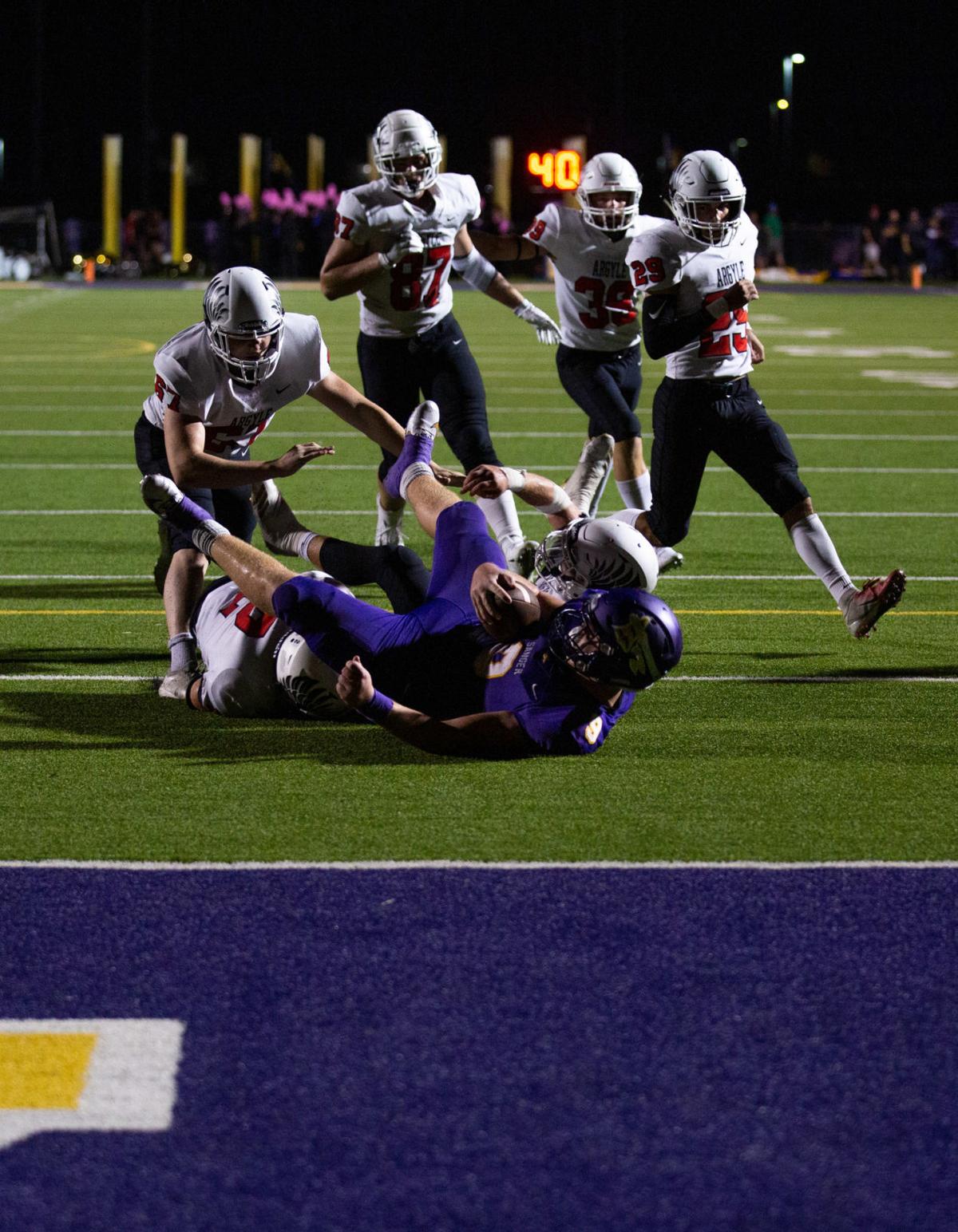 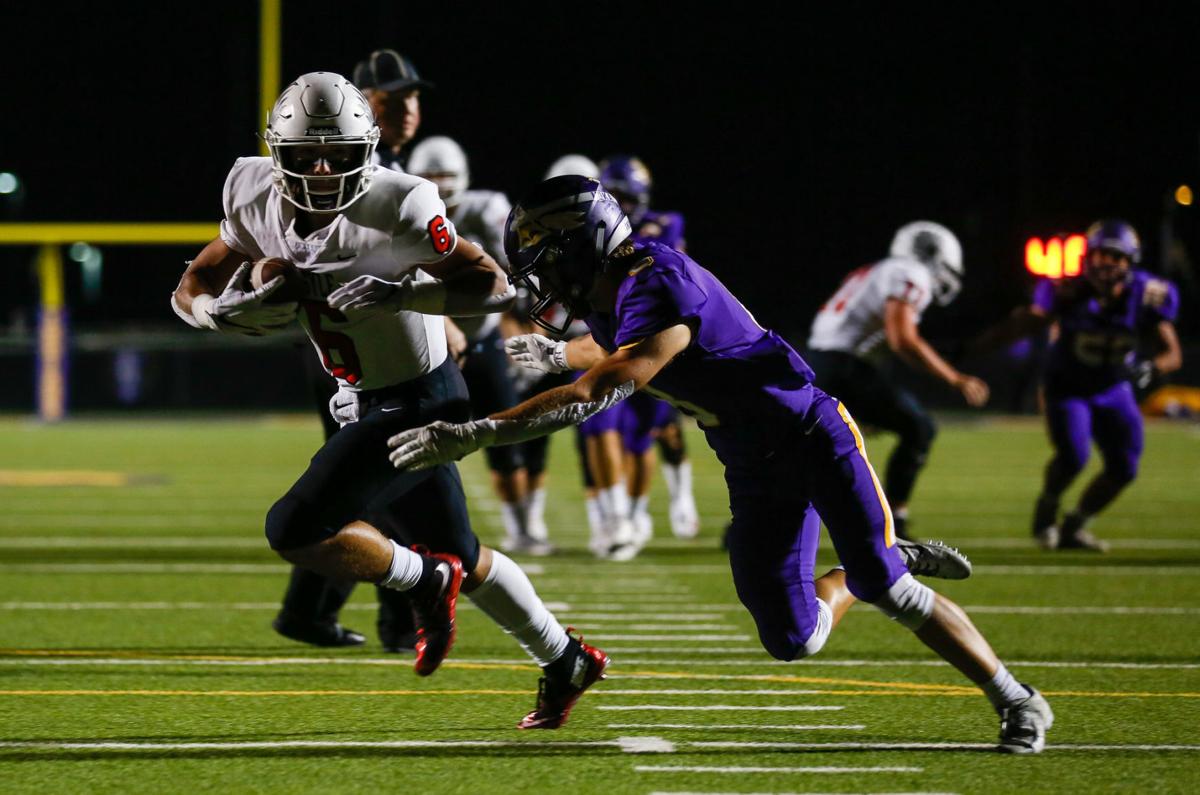 Argyle wide receiver Alex Gonzales (6) runs the ball as Sanger defensive back Zach Shepard (8) attempts to tackle him in the second quarter Friday in Sanger.

Argyle quarterback Bo Hogeboom (3) throws the ball for a touchdown Friday at Sanger.

Argyle wide receiver Alex Gonzales (6) runs the ball as Sanger defensive back Zach Shepard (8) attempts to tackle him in the second quarter Friday in Sanger.

SANGER — After having to play from behind early in last week’s win, the No. 1 Argyle Eagles wasted no time putting Friday’s District 7-4A Division I opener to bed early.

Junior wide receiver Cole Kirkpatrick had 120 receiving yards and two touchdowns, including a 67-yard score 21 seconds into the game, and also added an 84-yard kickoff return for a score just before halftime as Argyle rolled to a 67-6 win over Sanger at Indian Stadium to remain unbeaten through the first five games of 2019.

“I just think we had a great week of practice and were able to execute at a very high level early in the game,” Argyle coach Todd Rodgers said. “At the end of the day, we were able to get valuable reps for kids who are going to be needing to play later on in the year. They did some really good things.”

Argyle came in nursing several injuries and played without three of its starters. But it was hard to tell as the Eagles played efficiently even with backups in the game throughout the second half. They finished with zero turnovers and jumped out to a 34-0 lead after the first 12 minutes and 54-6 at half.

Hogeboom, a Houston commit for baseball, completed touchdown strikes of 67, 7, 53, 33 and 24 respectively.

“Argyle is a great team, and we’re trying to work to get to that level,” Sanger coach Rocky Smart said. “Hats off to them; they are definitely elite. That’s what everyone else is trying to work toward.”

Sanger (1-5, 0-2) was already behind the eight ball having to play the top team in Class 4A, but it didn’t help matters when sophomore quarterback Rylan Smart was injured midway through the first half. Smart did not return to the game, and coach Smart confirmed after the game that he suffered a concussion and will be evaluated as they head into a bye week.

With Smart out of the game, Tallyn Welborn rushed for 95 yards on 20 carries with one score. But the Indian offense continued to sputter while amassing just 59 yards through the air.

“Last week was a weird beginning. I thought our kids handled that adversity, but we didn’t have to experience any of that tonight,” Rodgers said.