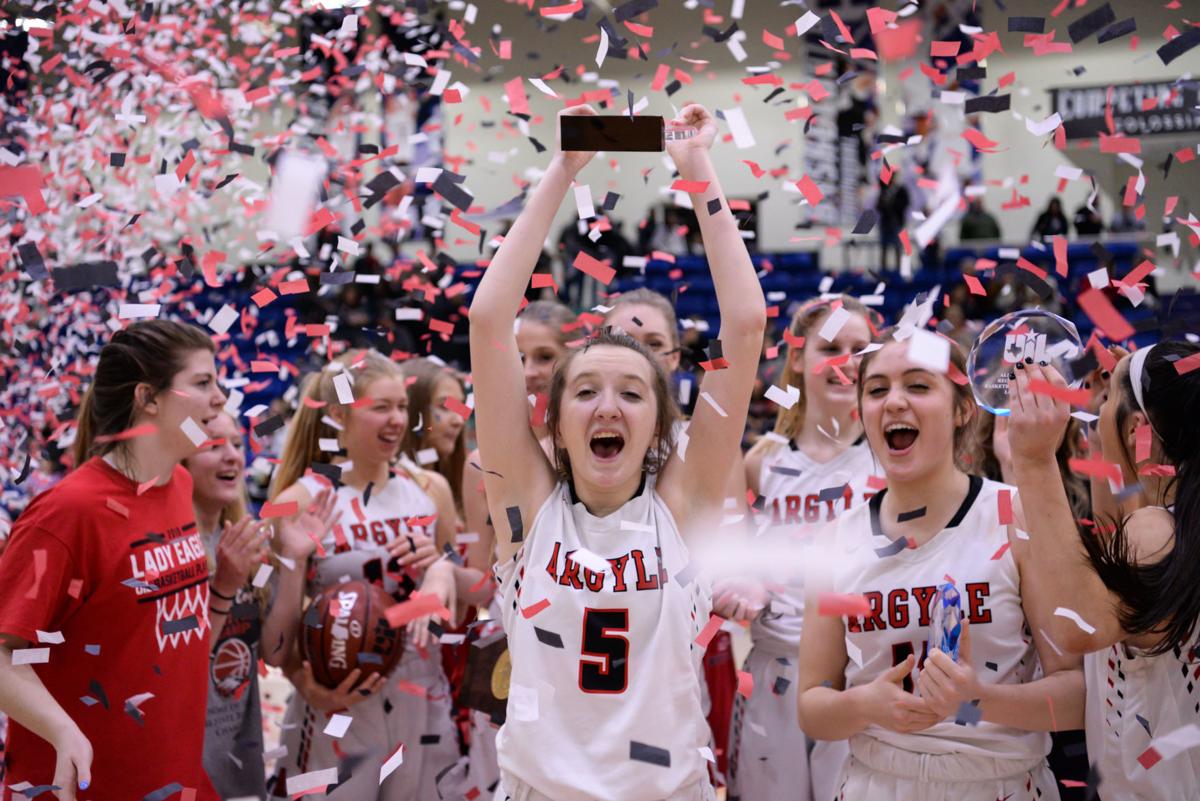 Argyle's Rhyle McKinney (5) celebrates winning the 4A Region I championship game and MVP against Levelland in February in Lubbock. McKinney plans to play for SMU. 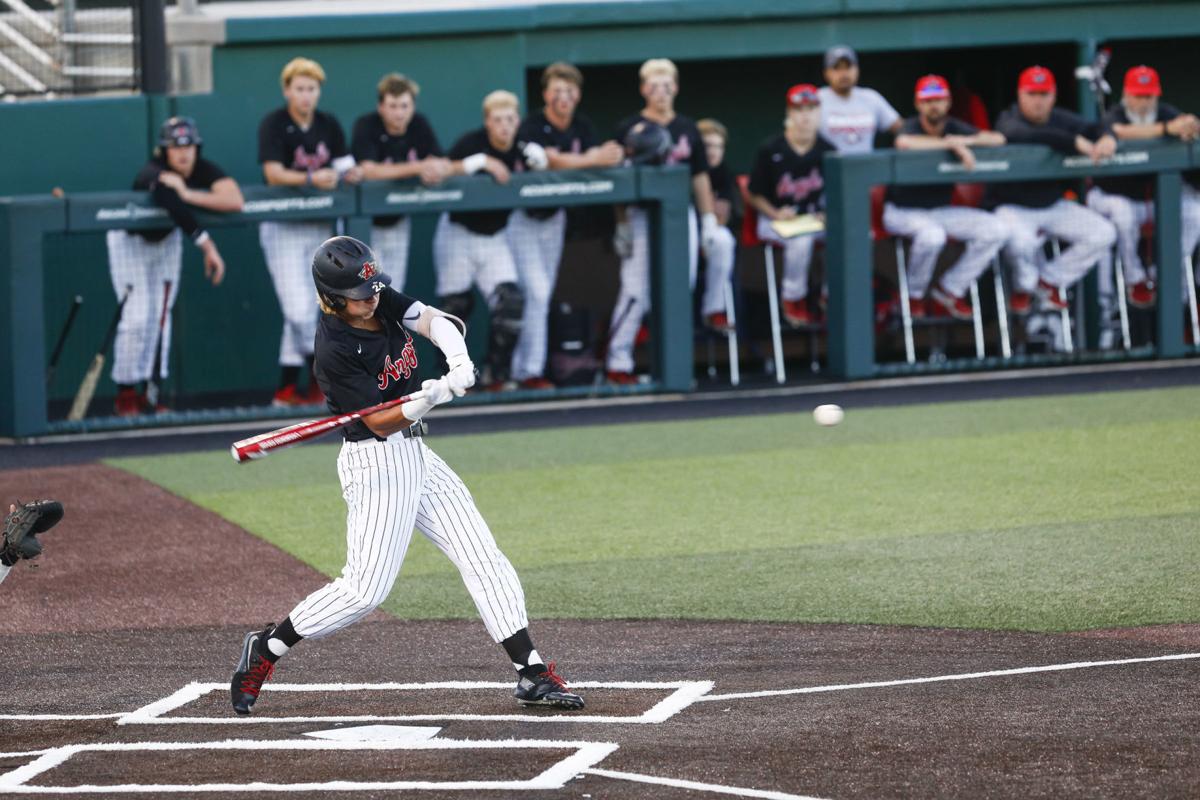 Argyle’s Cade Merka, shown in a playoff game in May, will be attending Texas A&M. 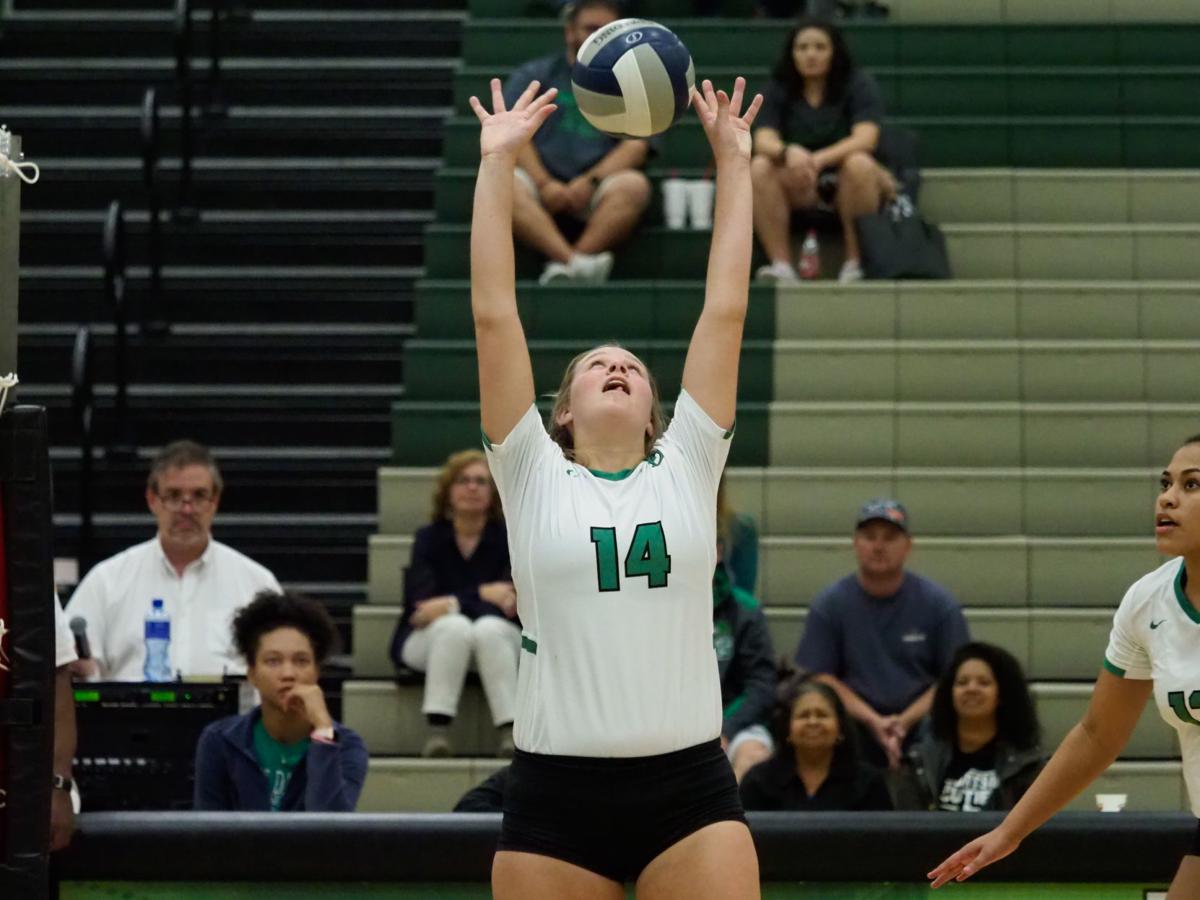 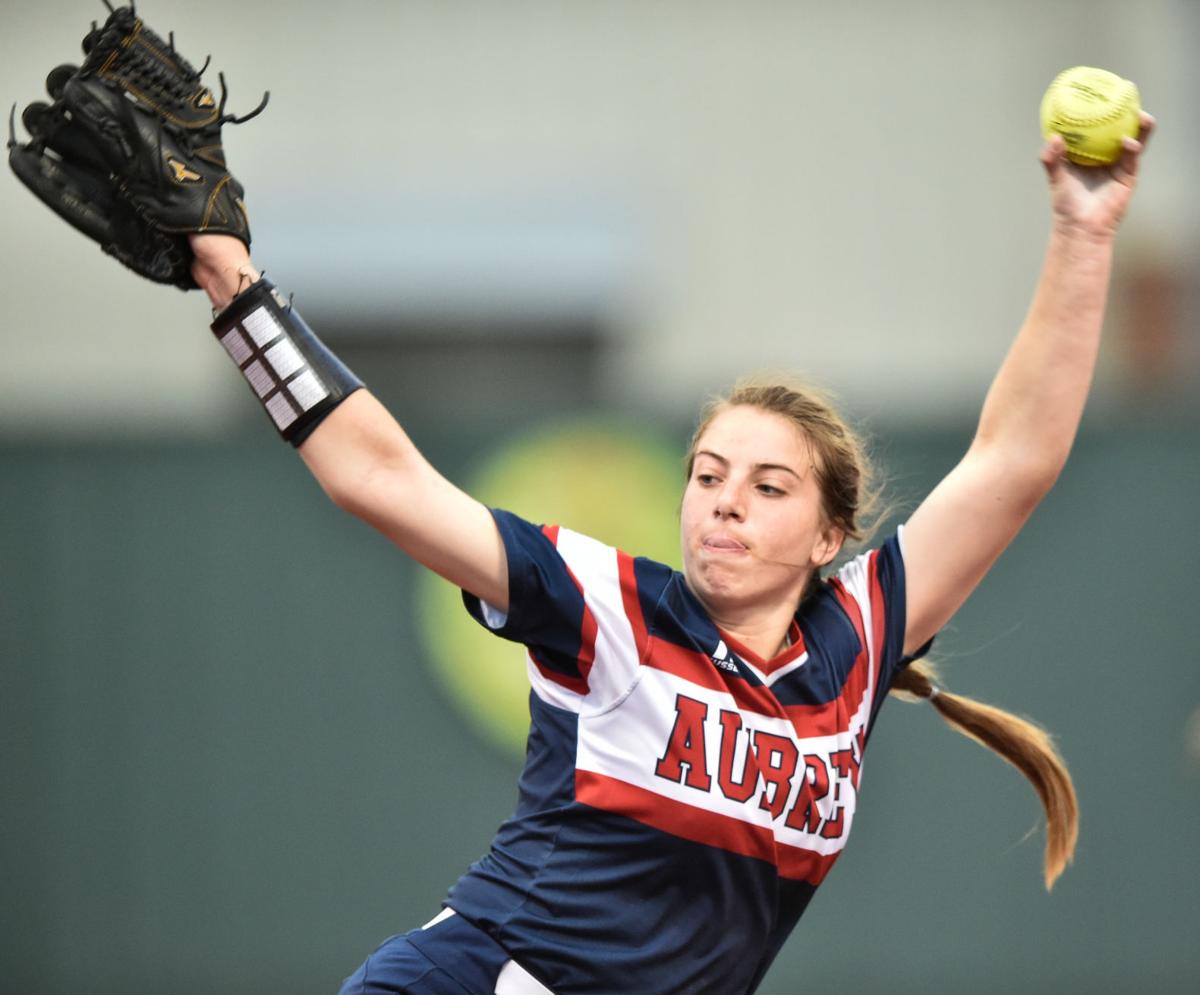 Aubrey pitcher Laney Roos has signed a letter of intent with LSU.

Wednesday marked the first day of the early signing period, as athletes were able to sign letters of intent in all sports except football.

Dec. 18 is the first day football players are able to ink a letter of intent.

Below are the athletes from Denton-area schools who signed with colleges.

Seven members of Argyle’s esteemed volleyball, girls and boys basketball and baseball programs signed their letters of intent on Wednesday.

In volleyball, seniors Mariah Hesselgesser and Kassidy Reeves both signed with Arkansas State. The duo has helped lead the Lady Eagles get back to the regional tournament, as Argyle has won 21 straight games.

Bo Hogeboom, Alex Gonzales and Cade Merka, all key members of Argyle’s football team that just finished the regular season 10-0, signed with their colleges for baseball.

Hogeboom inked with Houston, while Gonzales signed with Baylor. Merka signed with Texas A&M. That trio helped the Eagles win their second straight Class 4A state championship in baseball this past spring and will be back again as Argyle looks to make it a three-peat.

Forson eclipsed 1,000 career assists with the Lady Falcons this year, leading Lake Dallas to a 23-19 overall record and third-place finish in District 8-5A.

In baseball, Grant Badstebner, Chris Marcotte and Will Hirneise inked their letters. Badstebner signed with the Colorado School of Mines. Marcotte inked with Central Baptist and Hirneise Richland College.

The trio helped Lake Dallas go 21-19 last season, which included a trip to the regional semifinal.

Aubrey sends six to next level

Several Aubrey athletes who have left their mark on a number of the Chaparrals’ programs inked with their respective colleges on Wednesday.

Kaia Saylor, who just finished a terrific career with Aubrey’s volleyball team, signed with TWU. Saylor led Aubrey to a 28-18 record that included a trip to the area round of the playoffs.

As a junior last season, Saylor put down 598 kills.

In softball, Aubrey had three players sign with schools. Laney Roos, who was the Denton Record-Chronicle’s all-area co-MVP last season, inked with LSU. Roos hit .573 with 45 RBIs as a junior. In the circle, she went 20-3 with a 2.18 ERA and 147 strikeouts.

Mya Afflerbach and Karli Stanley signed with their respective colleges after leading Sanger’s volleyball team to an appearance in the regional quarterfinal.