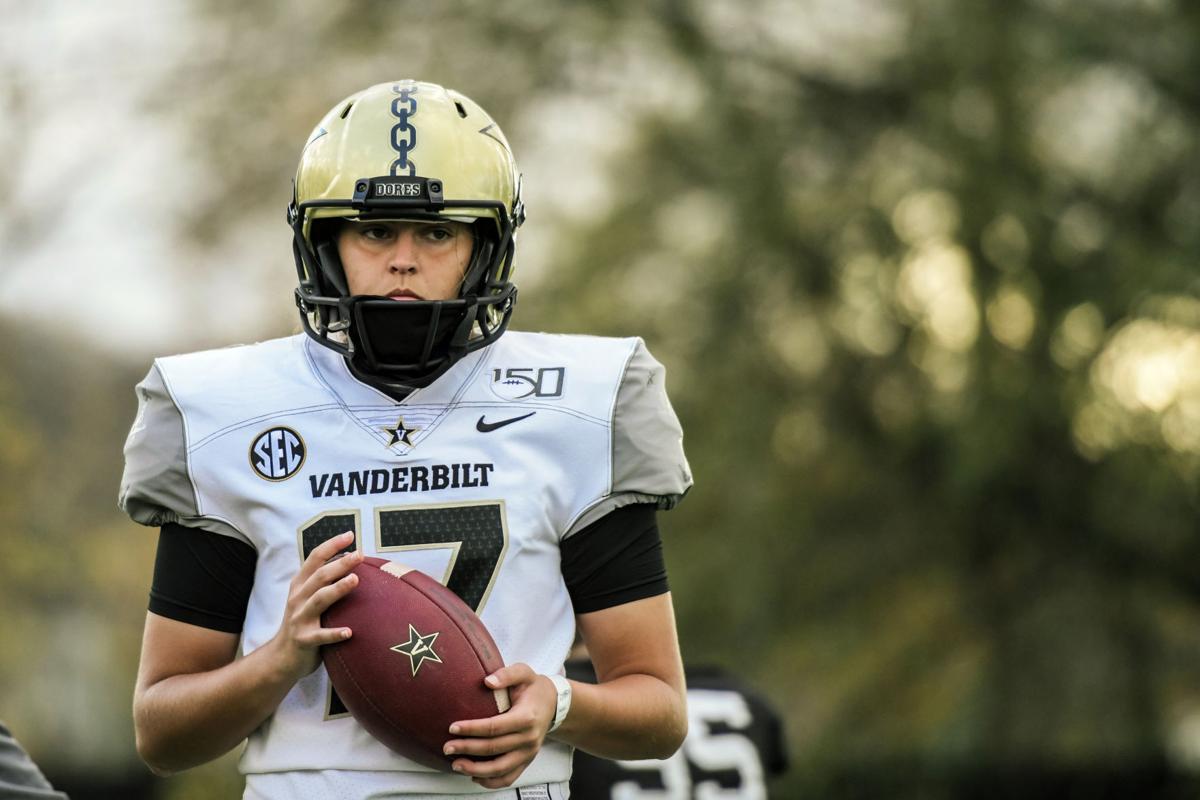 Vanderbilt kicker Sarah Fuller is shown during football practice Wednesday in Nashville, Tenn. Fuller is poised to become the first woman to play in a Power 5 game when the Commodores take on Missouri. 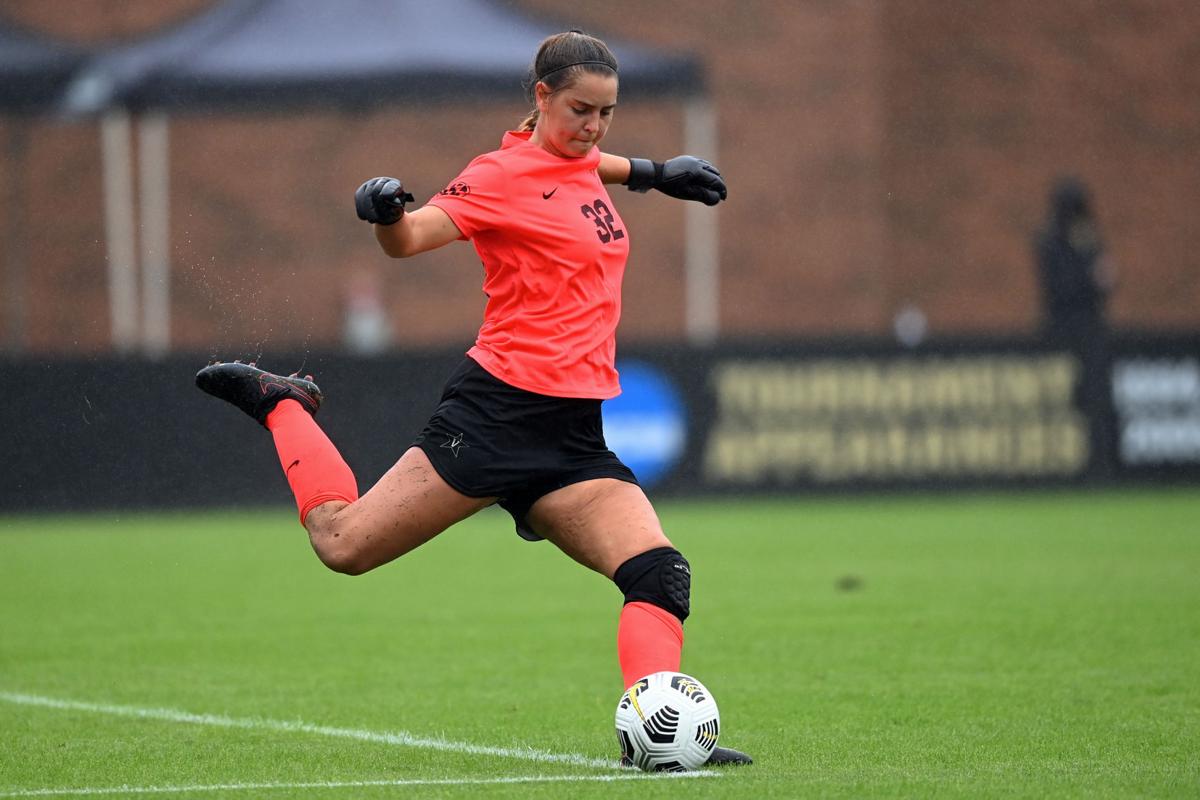 Vanderbilt goalkeeper Sarah Fuller will join the North Texas soccer team as a graduate transfer for the 2021 season. She’s shown during an Oct. 11 game against South Carolina in Nashville, Tenn. 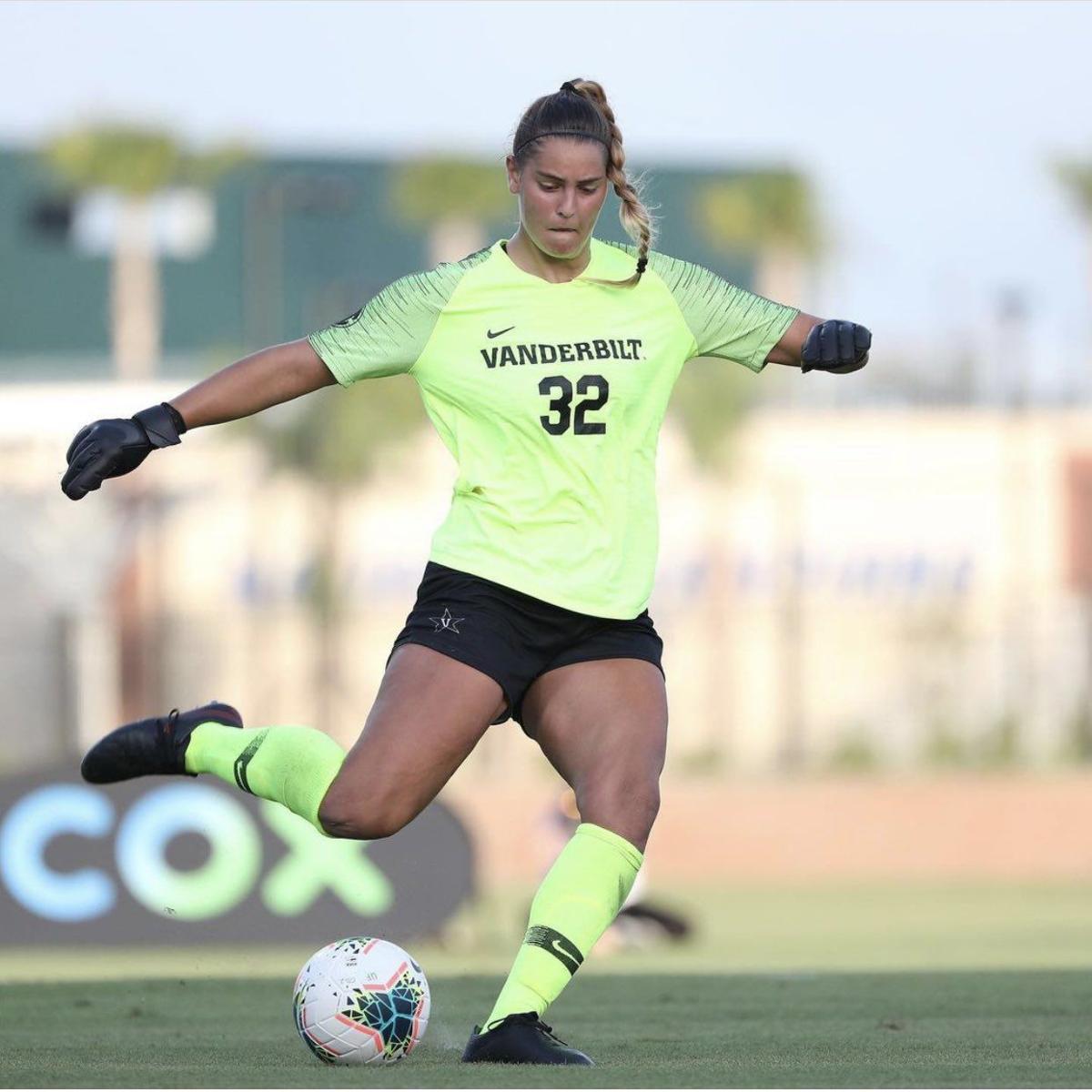 Vanderbilt goalkeeper Sarah Fuller will join the North Texas soccer team as a graduate transfer for the 2021 season. 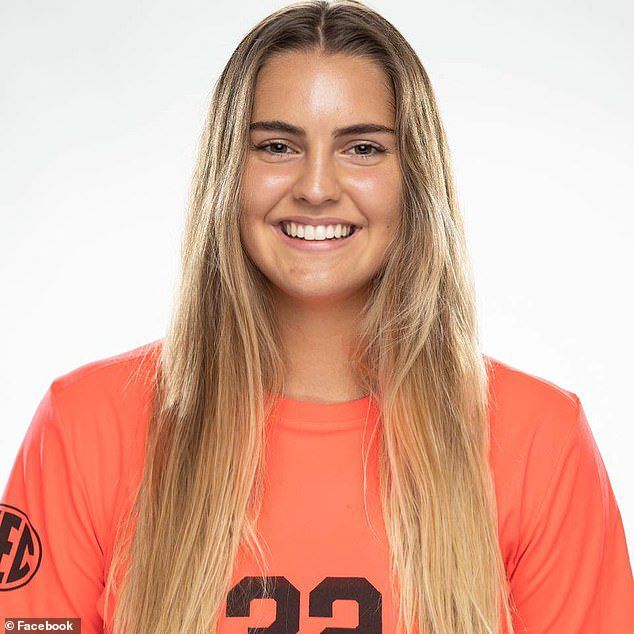 Vanderbilt kicker Sarah Fuller is shown during football practice Wednesday in Nashville, Tenn. Fuller is poised to become the first woman to play in a Power 5 game when the Commodores take on Missouri.

Vanderbilt goalkeeper Sarah Fuller will join the North Texas soccer team as a graduate transfer for the 2021 season. She’s shown during an Oct. 11 game against South Carolina in Nashville, Tenn.

Vanderbilt goalkeeper Sarah Fuller will join the North Texas soccer team as a graduate transfer for the 2021 season.

One of the more intriguing recruits North Texas has landed in any sport over the last few years will be in the national spotlight on Saturday.

The only question is if Vanderbilt football coach Derek Mason will give Sarah Fuller a chance to kick in the Commodores’ game against Missouri.

The former Wylie standout helped guide Vanderbilt to the SEC soccer championship this season and has committed to join UNT as a graduate transfer in the fall of 2021.

Fuller has a little unfinished business to attend to before she returns home to play for the Mean Green that could include making history.

If Fuller kicks against Missouri, it’s believed she would be the first woman to play in a college football game at the Power Five level.

“I am happy for her,” UNT soccer coach John Hedlund said. “She’s a great athlete with a strong leg. It doesn’t surprise me the football team is interested in her.”

Teams across the country have been forced to adjust due to the impact of the coronavirus pandemic. Vanderbilt has had several specialists out due to coronavirus testing and contact tracing.

Mason acknowledged that Fuller could have an opportunity to kick this week during the SEC coaches’ teleconference. Mason got a look at Fuller after she began practicing with the Commodores.

“She’s got a strong leg. We’ll see what that yields,” Mason said, according to ESPN. “... Sarah’s an option. She seems to be a pretty good option, so we’ll figure out what that looks like on Saturday.”

Fuller talked to Hedlund before agreeing to give kicking a try.

“She wanted to make sure it was OK with me,” Hedlund said. “She told me, ‘I’m not going to make a tackle or anything.’ I told her to go and have fun. That is the thing with me as a coach. I don’t want to take opportunities away. I want players to make the most of their experiences in college.”

Fuller will look to do just that if she gets an opportunity to kick this weekend,

“I think it’s amazing and incredible,” Fuller said in a story posted on Vanderbilt’s official website. “But I’m also trying to separate that because I know this is a job I need to do and I want to help the team out and I want to do the best that I can. Placing that historical aspect aside just helps me focus in on what I need to do. I don’t want to let them down in anyway.

“It’s an honor they called on me to be able to do this and help them out.”

Fuller will then turn her attention to her time with UNT’s highly successful soccer program.

The Mean Green have won the last three Conference USA tournament titles and have captured eight championships overall since joining the league in 2013. The program has won 16 conference titles overall in 25 years.

Kelsey Brann has been a key part of UNT’s success the last two years and was named C-USA’s Goalkeeper of the Year by the league’s coaches in 2019.

UNT was in the market for a goalkeeper to replace Brann in the fall of 2021. Conference USA has moved its soccer season to the spring due to the pandemic. Brann will play for the Mean Green this spring as a redshirt junior, graduate and leave the program.

“Kelsey will graduate and is engaged,” Hedlund said. “She is going to move on.”

Hedlund saw Fuller’s name in the NCAA transfer portal and immediately started recruiting her. Fuller was looking to move closer to home and work on her master’s degree. She will have a chance to build on UNT’s history of featuring standout goalkeepers while working on her graduate degree.

Fuller posted a 7-2 record this fall with a 0.97 goals against average that ranks eighth in Vanderbilt history.

“Sarah will be an impact player,” Hedlund said. “You have to have a really good player in goal who can compete at a high level. She has wins over teams that were ranked in the top 10.”

UNT will have a loaded team when Fuller arrives. Forwards Brooke Lampe and Berklee Peters, as well as midfielder Elle Marie DeFrain, will be seniors this spring and are among the Mean Green’s top players.

All three have elected to take advantage of the NCAA granting an additional season of eligibility to fall sports athletes. They will be back in the fall of 2021 when UNT will have even more firepower after adding Fuller, who could make college football history Saturday.

“I will probably watch and cheer her on,” Hedlund said. “I watched the entire SEC tournament with my wife.”