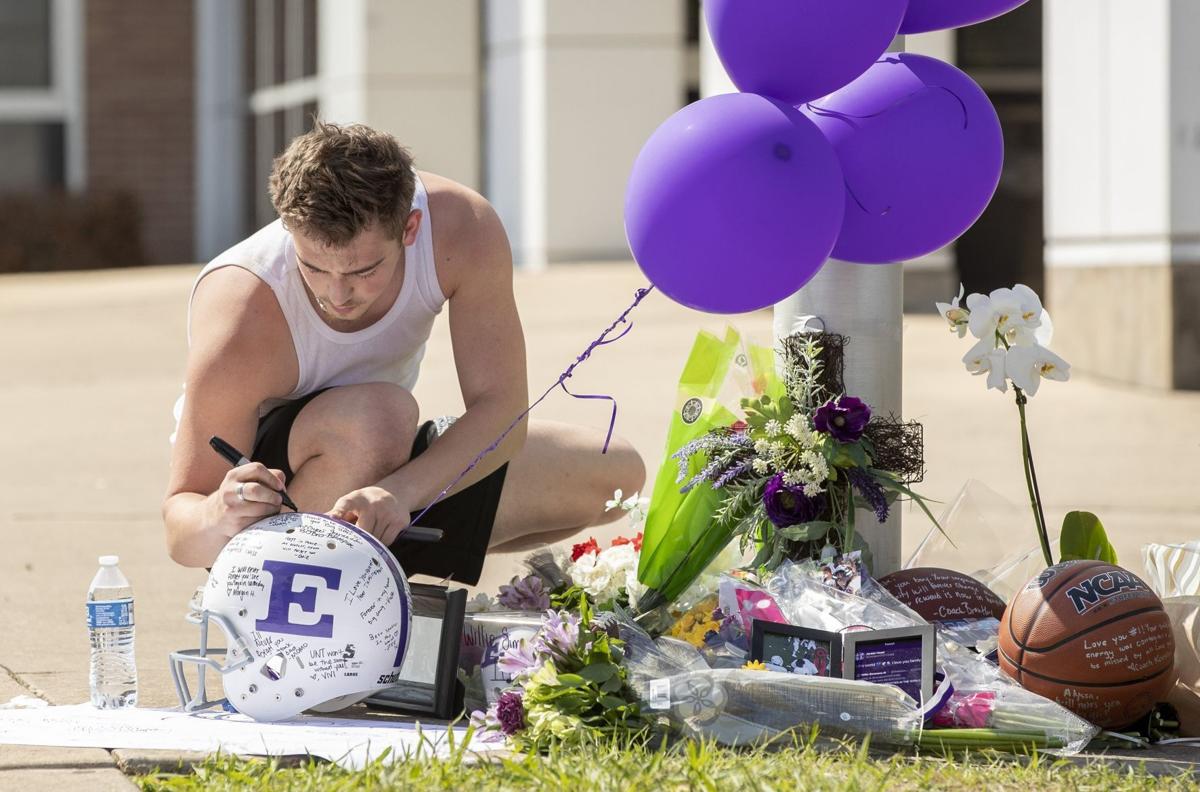 Troy Osborne, 17, a member of the Elgin football team, writes a message at a memorial for two slain students at Elgin High School on Monday. 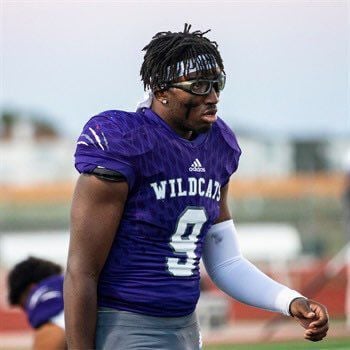 Troy Osborne, 17, a member of the Elgin football team, writes a message at a memorial for two slain students at Elgin High School on Monday.

Willie Simmons III, a linebacker from Elgin High School who signed with the University of North Texas football team as part of its 2021 recruiting class, was shot and killed Sunday in Austin.

Simmons was among three victims in a shooting that took place Sunday morning.

Stephen Broderick, 41, was arrested on a capital murder charge early Monday morning, about 20 hours after the incident. Authorities identified the victims as Amanda Broderick, 34, his former wife; Alyssa Marie Broderick, 17, his stepdaughter; and Simmons, 18, the teenager’s boyfriend.

Simmons committed to UNT in April and signed with the Mean Green during the early signing period in December.

“Willie Simmons was exactly the kind of young man that every college coach wants to recruit,” UNT coach Seth Littrell said in a statement on his Twitter account. “His athletic talent was obvious, but his personal character, his selfless attitude and his passion for life made him a natural leader and the perfect teammate.

“We are deeply saddened by his loss and we pray for peace and comfort for his family, friends and the Elgin community. He will forever be a member of our Mean Green football family.”

Simmons was a two-time unanimous all-district selection. He waited patiently for a scholarship offer from a program that competes on the Football Bowl Subdivision level.

“North Texas was an easy decision because of the facilities and the coaches,” Simmons said shortly after he committed. “I felt the love. There was no doubt in my mind when they gave me an offer.”

Elgin ISD issued a statement on the death of Simmons and Alyssa Broderick, who was a former Elgin ISD student.

“We are heartbroken by the news of this senseless tragedy, and we extend our deepest condolences to the families of Willie Simmons III and Alyssa Broderick,” said the statement, issued Monday morning.

“[Simmons] was an exceptional young man and leader among his peers. Strong, both academically and athletically, he represented the very best of Elgin ISD. He was the captain of our football team; a friend to everyone he met.”

UNT’s coaches and players took to Twitter on Sunday night to remember Simmons.

“Prayers to the Simmons family and all families affected,” UNT tight ends coach Adrian Mayes wrote on his Twitter account. “What an unbelievable kid! Intelligent, hard working and passionate! Going to miss you! #RIP9.”

Mayes played a key role in recruiting Simmons, as did Luke Walerius, the UNT football program’s chief of staff.

“Sometimes things happen that you just can’t wrap your head around or make any sense of,” Walerius wrote.

“Praying for the Simmons, [the] Elgin community, and all of those Willie affected with his bright smile, infectious personality, and larger than life heart. Going to miss you my man!!”

Simmons quickly formed a bond with the other players in UNT’s recruiting class, who were also stunned to learn of his death.

“Woke up with a lot of weight on my heart for Willie and two women [whose lives were] taken yesterday,” Bryson Jackson, another member of UNT’s 2021 recruiting class, wrote on his Twitter account. “Sad to see you go so soon lil bro. You [were] family before I even got to know you.”