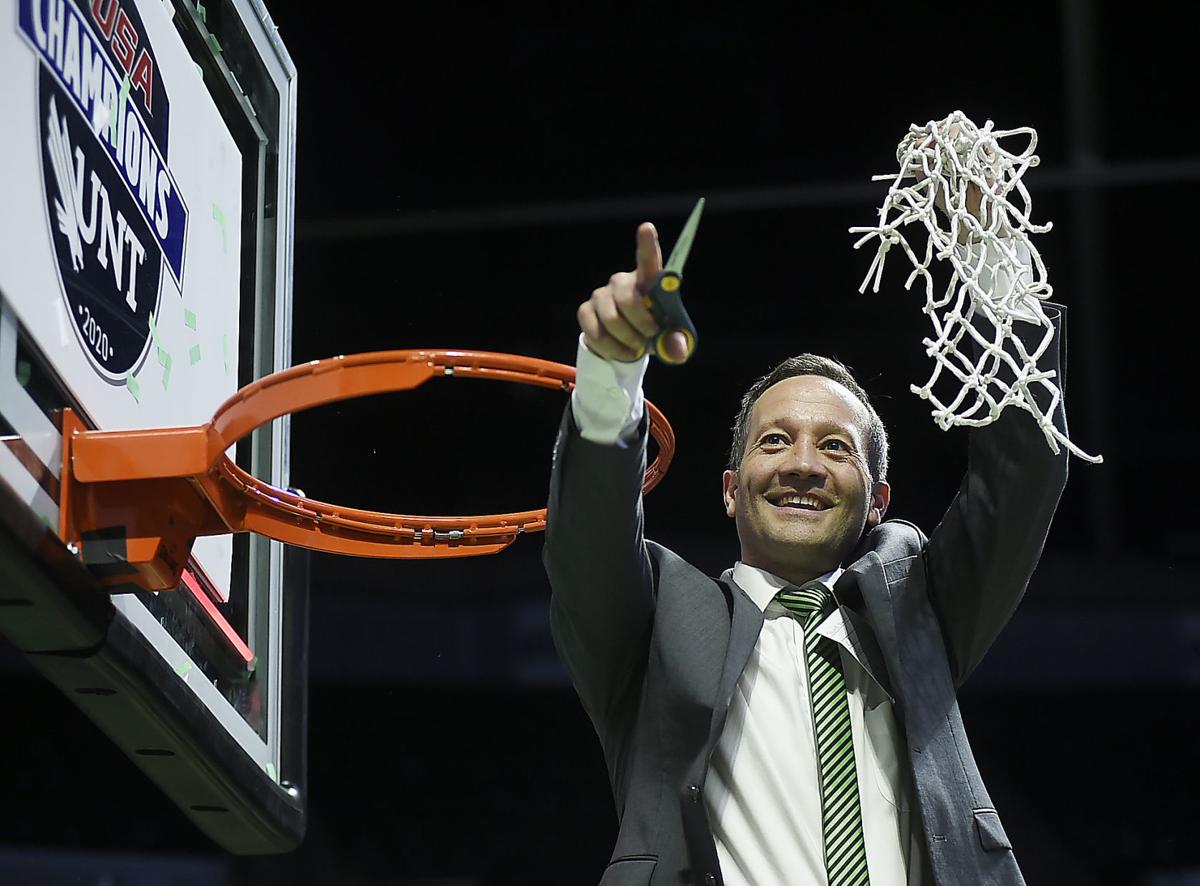 North Texas coach Grant McCasland cuts down the net after the Mean Green beat Western Kentucky on March 1 at the Super Pit. The win clinched the Conference USA title for UNT. The league announced Thursday that is has canceled the remainder of the conference basketball tournament that began Wednesday and also suspended its spring sports due to the spread of COVID-19. 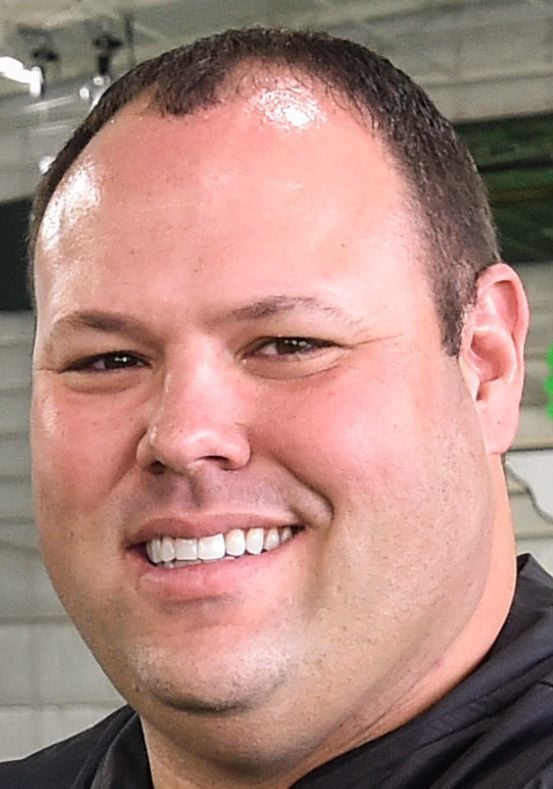 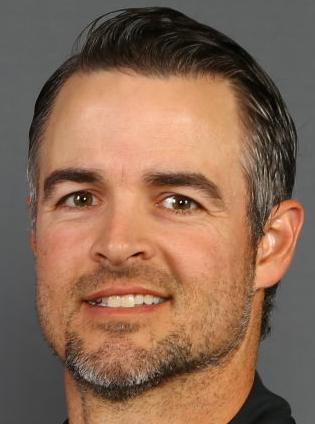 A wild day in college athletics that saw North Texas move into position to make its first NCAA men's basketball tournament since 2010 took a dramatic turn Thursday afternoon when the entire event was called off.

The NCAA made the announcement late in the afternoon due to the spread of the coronavirus that causes COVID-19.

"This decision is based on the evolving COVID-19 public health threat, our ability to ensure the events do not contribute to the spread of the pandemic, and the impracticality of hosting such events at any time during this academic year given ongoing decisions by other entities," the NCAA said in its official statement announcing the cancellation of the tournament.

The announcement capped a day that saw Conference USA call off the remainder of its league tournament, a decision that put UNT in position to claim the conference's automatic berth in the NCAA tournament.

UNT was set to play Florida Atlantic in the quarterfinals on Thursday, the second day of the tournament.

A C-USA spokesman confirmed to the Denton Record-Chronicle shortly after the conference tournament was canceled that league policy dictates that the regular season conference champion receives the league's automatic NCAA bid if the postseason tournament is canceled.

The Mean Green captured the regular season championship with a win over Western Kentucky on March 1 and went on to finish 14-4 in league play.

The NCAA tournament was canceled a few hours after the C-USA tournament. Those cancellations were a tough blow for the Mean Green, who were in the midst of one of the best seasons in recent memory. UNT has played in the NCAA tournament just three times in program history — 1988, 2007 and 2010.

UNT headed into the C-USA tournament knowing that it had secured a berth in the NIT, even if it didn't make the NCAA tournament. Conference champions are guaranteed an NIT bid if they don't earn an NCAA tournament berth.

Now, the Mean Green’s season is over.

A UNT spokesman said that no member of the team would be available to speak on the cancellation of the NCAA tournament, including coach Grant McCasland, who did not respond to a message seeking comment.

“We genuinely respect the decision that was made to end the season,” McCasland said. “We understand that there is a global pandemic that is happening. … That doesn’t take away the hurt from our young guys and our program. Our heart breaks for them.”

UNT guard James Reese posted a message on his Twitter account late Thursday with four photos of the Mean Green’s celebration following its win over WKU and a broken heart emoji.

“One thing that can’t be taken away!” Reese wrote.

“We are extremely grateful as a basketball program for the journey that we have been on this year with you and thankful for the opportunity to celebrate a team that won a conference championship,” McCasland said.

C-USA announced shortly after calling off the remainder of its basketball tournament that it has suspended spring sports until further notice.

"C-USA leadership has been in constant communication with other leagues as have my colleagues at conference institutions," UNT athletic director Wren Baker said. "Ultimately, we felt like right now with all of the unknowns, we needed to suspend competition indefinitely, get through the weekend and see where we are at."

UNT released a statement saying that fans who purchased tickets to the C-USA tournament will be contacted about refunds.

Baker said UNT will push spring football practice that was set to start Monday following the school's spring break back a week.

UNT has several sports programs with athletes currently on campus. Those teams will continue to work out at UNT's facilities.

"I feel for our student-athletes," Baker said. "They work very hard, and sports is an important part of their lives, but at the same time it’s our obligation to hit pause because the health and safety of our student-athletes must come first. We need to take some time to learn as much as we can and make decisions on remaining competitions."

The members of UNT's basketball team returned to campus after C-USA officials called off the rest of the conference tournament.

The NCAA tournament has been played in every season since the event began in 1939.

UNT's softball team practiced Thursday afternoon, just hours after it found out a key weekend series against Western Kentucky was among the events that had been postponed.

UNT coach Rodney DeLong said his team will stay up to date with the latest information on COVID-19 while focusing on making a run at the C-USA title.

"The girls are disappointed," DeLong said. "The seniors are nervous since this is their last season. They know what we are capable of, but we want to do the right thing and be careful."

DeLong remains optimistic that his team will resume its season in the next few days.

"I think we will end up playing," DeLong said. "I don’t think they will cancel the whole season."

One thing that can’t be taken away! 💔 pic.twitter.com/Stcoz81bfT