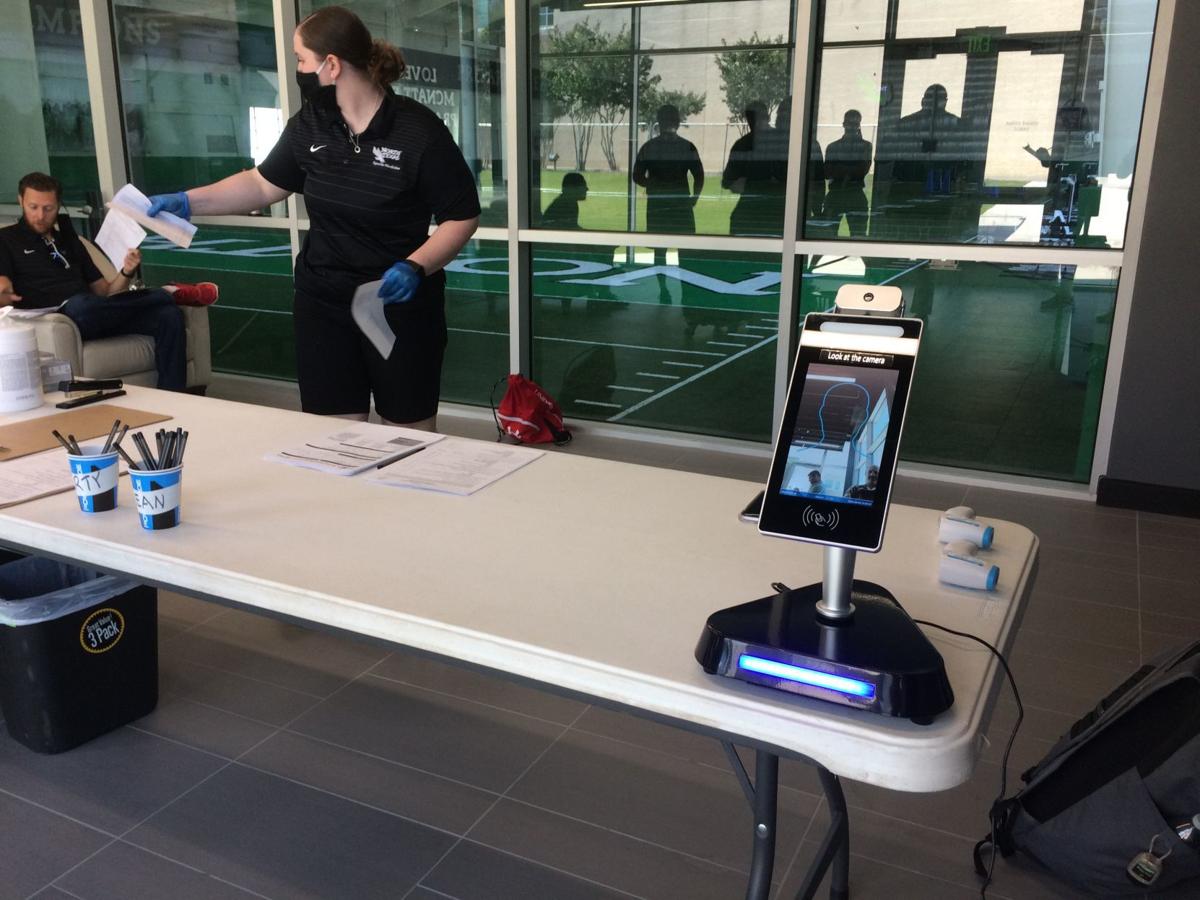 The North Texas athletics department has had three staff members and one student-athlete test positive for an active COVID-19 infection.

Four members of the University of North Texas athletic department have tested positive for an active COVID-19 infection.

Three are members of UNT’s staff. The fourth is a student-athlete.

UNT has not officially released its testing figures, but a school official provided them to the Denton Record-Chronicle on Monday morning. The official declined to confirm which sport the student-athlete plays.

UNT is testing its athletes and staff members as they return to campus after athletic facilities were shut down in March due to the COVID-19 pandemic.

UNT’s staff members all underwent a nasal swab test to detect an active COVID-19 infection when they returned to campus on June 3.

The remainder of UNT’s players are expected to arrive on July 13.

UNT had just three positive antibody tests and no active COVID-19 infections as of June 15.

A UNT official said the school has conducted 78 antibody tests and 191 swab tests, including 104 swab tests that were administered Monday.

The results of the swab tests conducted Monday won’t be back until later in the week.

Colleges across the country shuttered their athletic programs in March in the wake of the COVID-19 pandemic.

UNT’s athletic department formulated a plan to safely return its student-athletes and staff to campus during the shutdown that is based on testing and social distancing.

The school elected to gradually bring the members of its football team back to campus for its offseason program. The group is paving the way for the remainder of the school’s athletes to return to campus later this summer.

UNT expanded its testing beyond its football team on Monday, when the school tested a few members of the women’s basketball team.

Testing is just one facet of UNT’s plan to safely return athletes and coaches to campus. The school also requires people who enter athletic department facilities to go through a check-in procedure.

A member of UNT’s staff checks the temperature of the person entering the facility and questions them about their health. Each person who completes the process receives a colored wristband when they complete the check-in. Wristband colors change daily to ensure that everyone participating in team activities has completed the process.

UNT has split its football players into small groups and set up four locker rooms and three weight rooms. Each group is assigned to one locker room and one weight room to minimize contact between players.

“You can’t completely eliminate risk, but we feel like we have put enough measures in place to provide a safe environment,” Jared Mosley, UNT’s associate vice president for athletics, said before the school began bringing athletes back to campus. Mosley played a key role in formulating UNT’s plans to reopen its facilities.

Several schools have had members of their athletic departments test positive for COVID-19 in the past few weeks.

Houston allowed its football, men’s basketball and women’s basketball teams to return to campus June 1 and tested only athletes who showed symptoms or came from areas that had a high number of positive cases, according to the Houston Chronicle.

Houston was forced to suspend its workouts on June 12 after six people tested positive for COVID-19.

Texas announced Thursday that it has 13 players who either tested positive for COVID-19 or are presumed positive.

“I absolutely feel good about what we are doing,” Littrell said. “We are making sure we are doing things the right way.

“Everyone is going to have some positives. You have seen that around the country. It’s not like you are going to get through this deal with no positives. It’s how you handle it.”