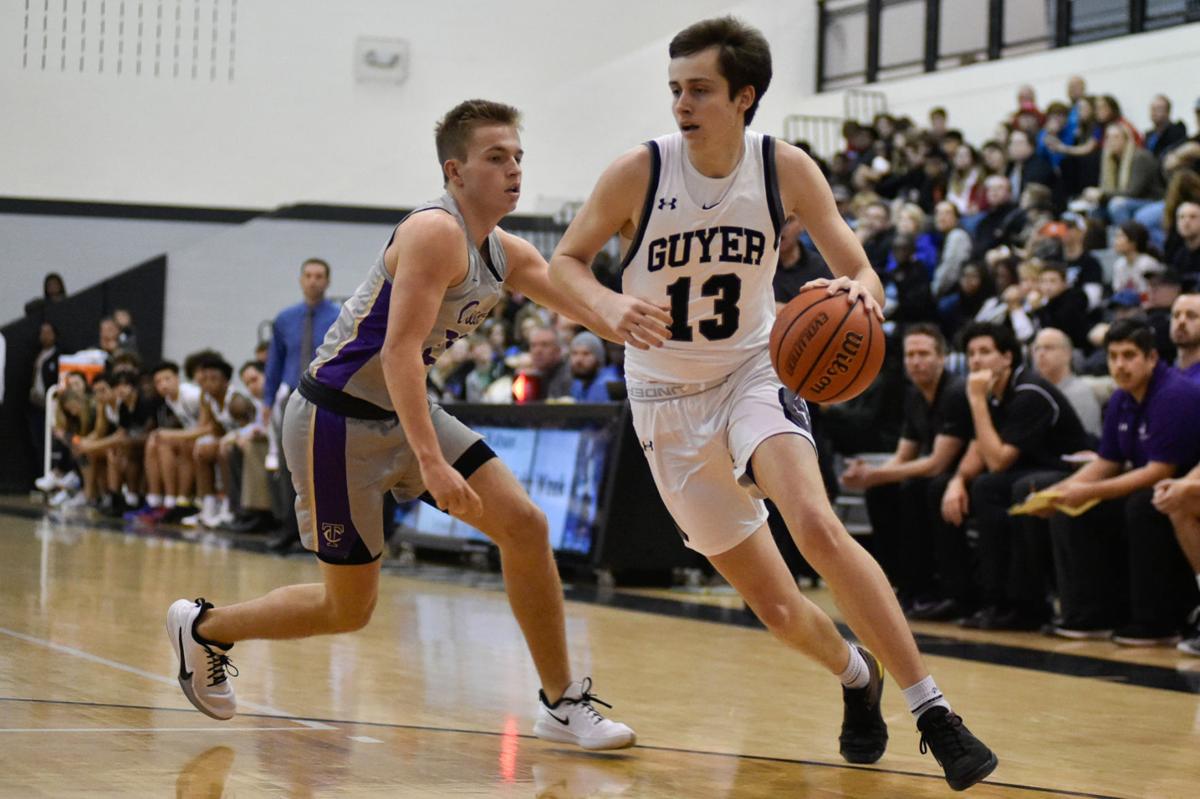 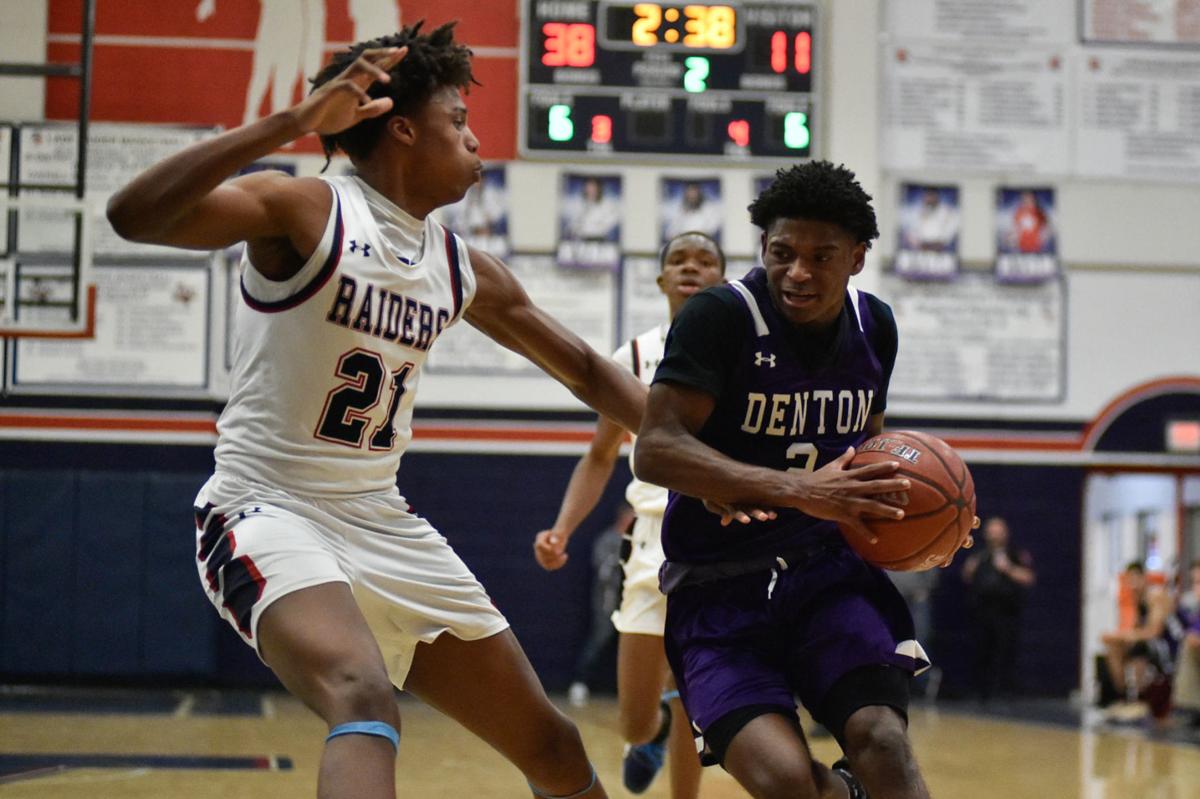 Denton's Khoree Mitchell (2) dribbles toward the basket while being defended by Ryan post Marcette Lawson (21) Feb. 14 at Ryan. 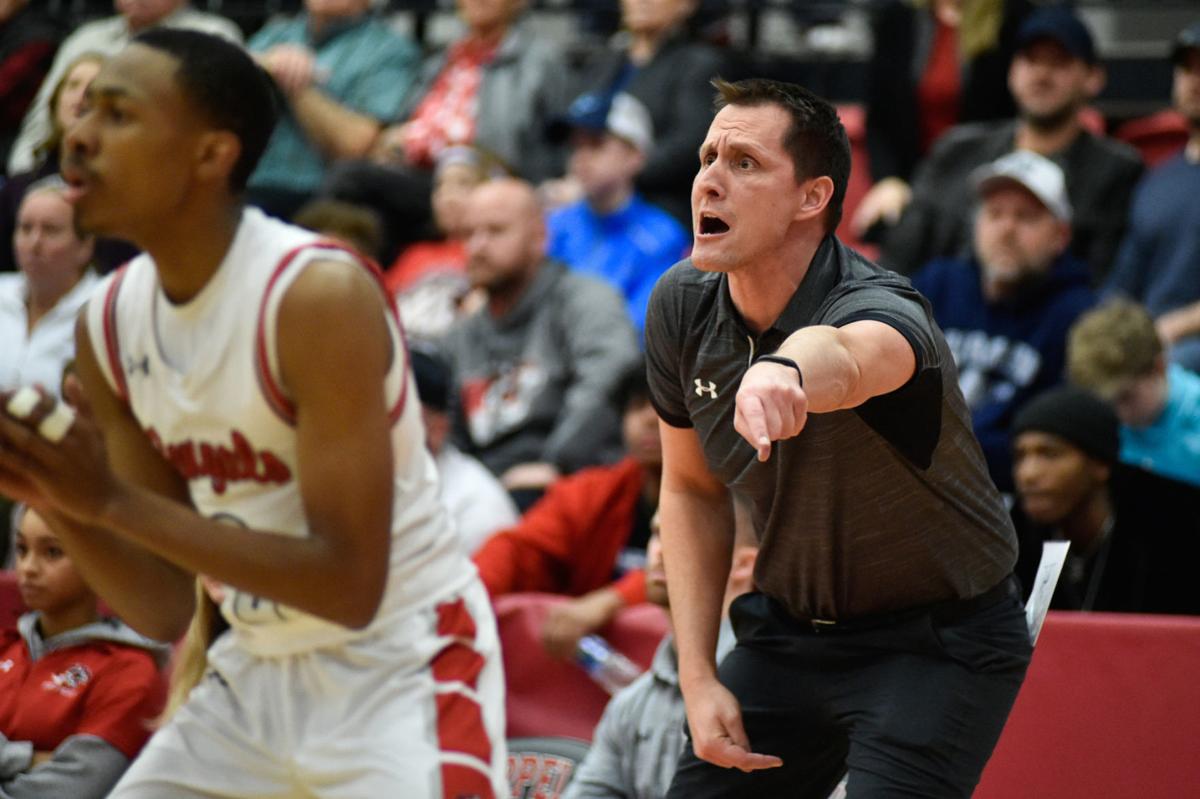 JaKobe Coles and Ty McGhie created a formidable 1-2 punch for Guyer this season, leading the Wildcats to an undefeated district title.

The Wildcats finished the year with a 28-5 record, and as a result, Coles and McGhie were named Co-MVPs of District 5-6A.

Coles, a Butler signee, averaged 17.5 points and 8.5 rebounds per game. He shot 40% from beyond the arc and was selected to the Texas Association of Basketball Coaches Class 6A Region I team.

McGhie, meanwhile, led Guyer in scoring at 19 points per game. The senior shot 40% from 3-point range and 88% at the charity stripe.

Grant Long was named 5-6A Coach of the Year, guiding the Wildcats to a bi-district championship and appearance in the area round of the playoffs.

In District 8-5A, Braswell’s MJ Leslie was named Offensive Player of the Year.

Leslie became just the 10th player in state history to make 400 career 3-pointers. He led the Bengals in scoring at 11.9 points per game and was also named to the TABC 5A Region I team.

Braswell’s RJ Jones was the 8-5A Newcomer of the Year, averaging 7.2 points and 3.1 rebounds per game. Nick Sekeres was the Coach of the Year, leading the Bengals to their first district championship and first playoff win in school history.

Ryan sophomore Marcette Lawson earned 8-5A Defensive MVP honors. Lawson was a force on a Raiders team that gave up just 55.8 points per game. Ryan beat Birdville in the bi-district round before falling to Arlington Seguin in the area round.

The Bengals also had Jaiden Blaylock named to the second team.

Ryan’s Treshawn Shivers was a unanimous first team selection. Shivers led the Raiders in scoring with 15.8 points per game. His teammate, Isaiah Novil, was a second team pick.

At Lake Dallas, Yash Mattu was tabbed to the first team. The Falcons also had Jaden McGrew named to the second team.

Denton’s Cameron Stevenson was named to the second team representing the Broncos.