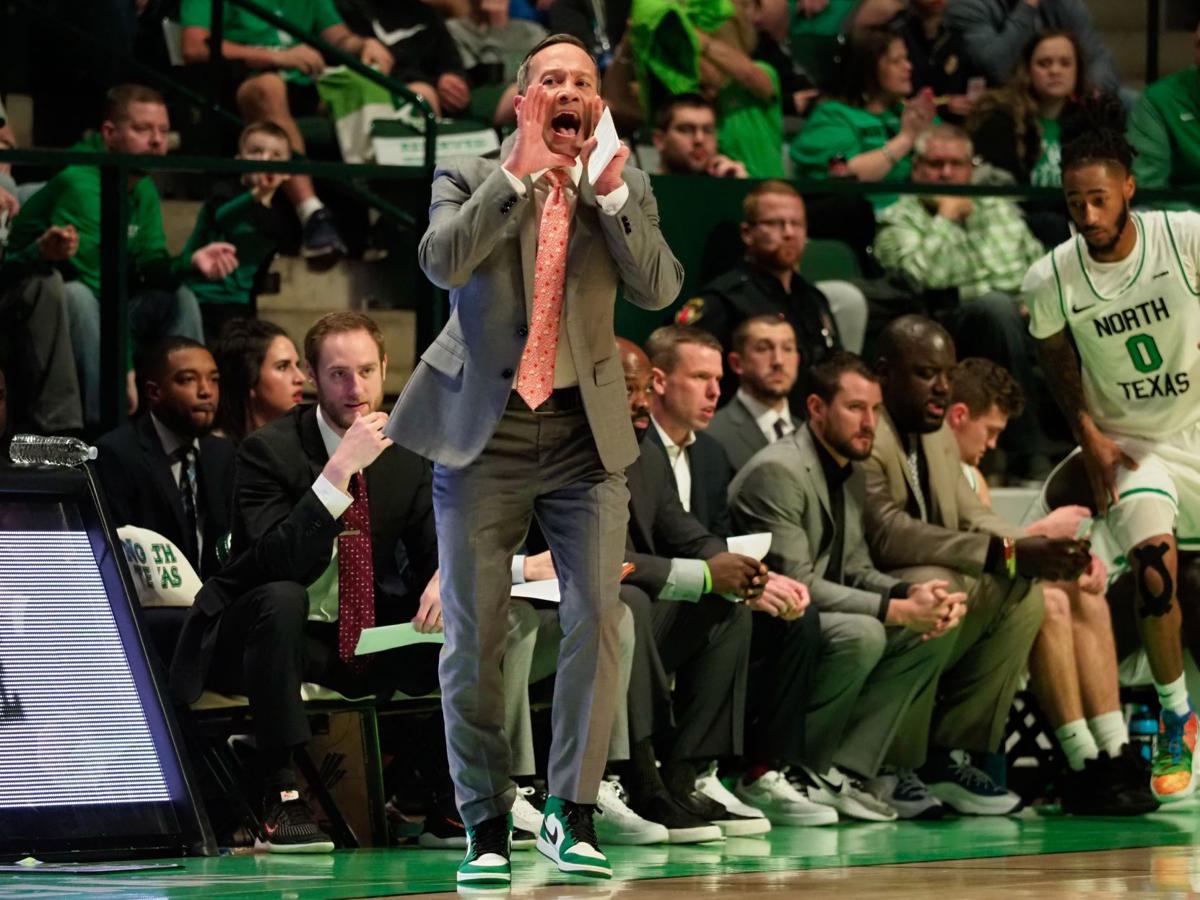 North Texas coach Grant McCasland coaches his team from the sideline during a game at the Super Pit earlier this season. McCasland is preparing for an offseason that will look decidedly different in college basketball due to the spread of COVID-19.

Grant McCasland has spent a lot of time watching film of prospects over the years in the hope of finding his next star player.

North Texas’ head coach has taken his love of film to another level the last few weeks to prepare for what is suddenly an uncertain offseason in college basketball.

The spring evaluation period in recruiting was set to begin on Thursday before the spread of the coronavirus that causes COVID-19 forced the NCAA to delay recruiting in all sports.

There is also no telling at this point what will become of summer practices teams use to give them a jumpstart on the season.

UNT officials have emphasized their focus is the health and safety of their athletes and the public, but there is little doubt the changes in the critical offseason in college basketball are also a concern. The Mean Green are turning their attention to the future after winning the Conference USA regular season title.

“We think about it every day. I don’t know if anyone knows what that will look like,” McCasland said. “We don’t know when we will be able to recruit. I have watched more film than I have in any time that I have been in coaching.”

The NCAA regulates when coaches can leave campus to evaluate prospects and attend summer tournaments.

The spring recruiting period was supposed to stretch until April 30 after beginning at noon on Thursday. That span included six days when coaches would have been allowed to watch players participate in events across the country.

That opportunity went out the window when the NCAA announced a dead period for recruiting in all sports last month that was set to end on Wednesday. That dead period was later extended through May 31.

Where UNT will feel the impact of the spread of the coronavirus is in its efforts to evaluate prospects in the class of 2021 and beyond.

And that’s just for starters. There are questions about what the entire offseason will look like. The NCAA allows college basketball coaches to work with their players for 32 hours over eight weeks while they are enrolled in summer school.

There is no telling when McCasland and his staff will be able to work with their players. UNT has three starters returning from a team that finished 20-11, including point guard Javion Hamlet. The junior was named C-USA’s Player of the Year this season.

“To even speculate wouldn’t be worth the time,” McCasland said.