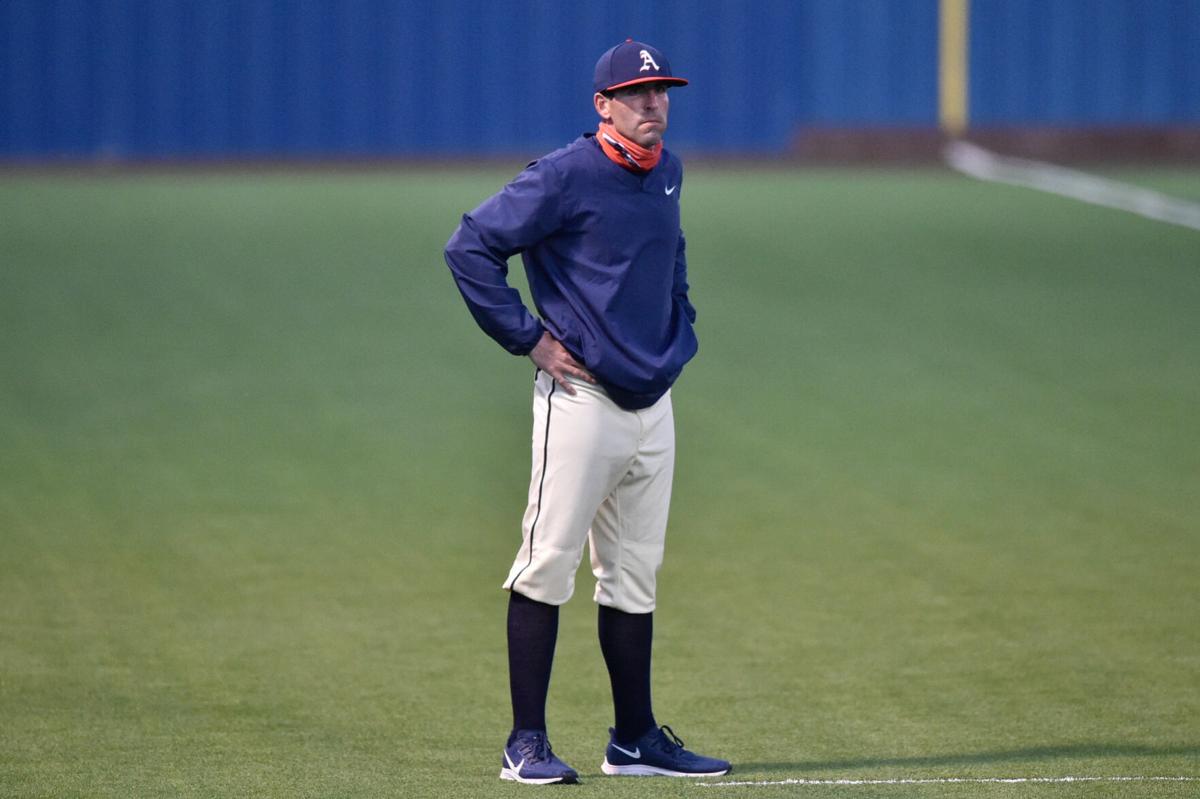 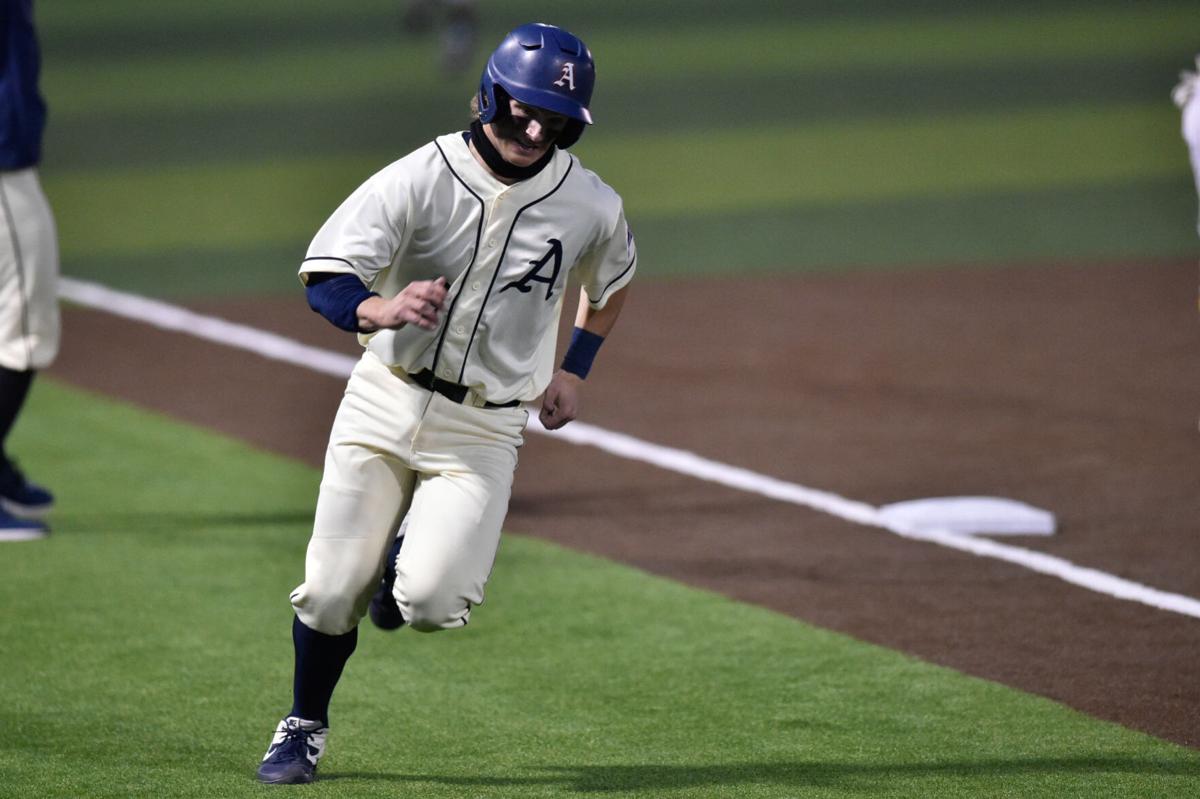 Aubrey shortstop Jaxon Holder (9) rounds third base and scores against Sanger during a March 16 home game.

The victory also marked the 100th win for Nate Henry as Aubrey’s head coach. Henry has coached the Chaparrals for the past seven years, and Aubrey is currently in the midst of one of its best seasons in program history.

The Chaparrals retained their spot as the No. 8-ranked team in this week’s Texas High School Baseball Coaches Association Class 4A poll.

Aubrey is one game behind No. 6 Celina for first place in 9-4A, and the Chaparrals will host Celina next Tuesday in what will likely be a de facto district championship game.

“I think they’re excited for the opportunity to have another crack at them,” Henry said last week. “[Celina] is ranked in the top 10 too, right there with us in the same district. But they’ve done a really good job of not looking ahead and taking it one game at a time and a day at a time. When that day comes, I know they’ll be ready.”

The Bobcats are one of Aubrey’s only two losses this season, as Celina took down the Chaparrals 2-1 on April 2 via a walk-off home run.

Aubrey has won five consecutive games since then, and the Chaparrals have gotten it done in a variety of ways. Against Gainesville, Sanger and Farmersville, Aubrey scored nine or more runs.

In wins against Van Alstyne and Anna, the Chaparrals won low-scoring contests 2-0 and 1-0, respectively.

Senior Zak Taylor has been a major reason Aubrey won those two aforementioned games. Taylor was on the mound in both of the victories, and on Tuesday night, struck out 12 and surrendered no runs on two hits in seven innings.

“It’s pretty cool to see whatever game we get in and whatever game we need to play, we’ll do it,” Henry said last week. “Whether it’s pitch and play defense, like it was [against Van Alstyne], or if we get in a game and need to score some runs, the bats get hot, and we’re able to do that, too.”

Aubrey will be back in action on Friday at home against Melissa, with first pitch scheduled for 7:30 p.m.