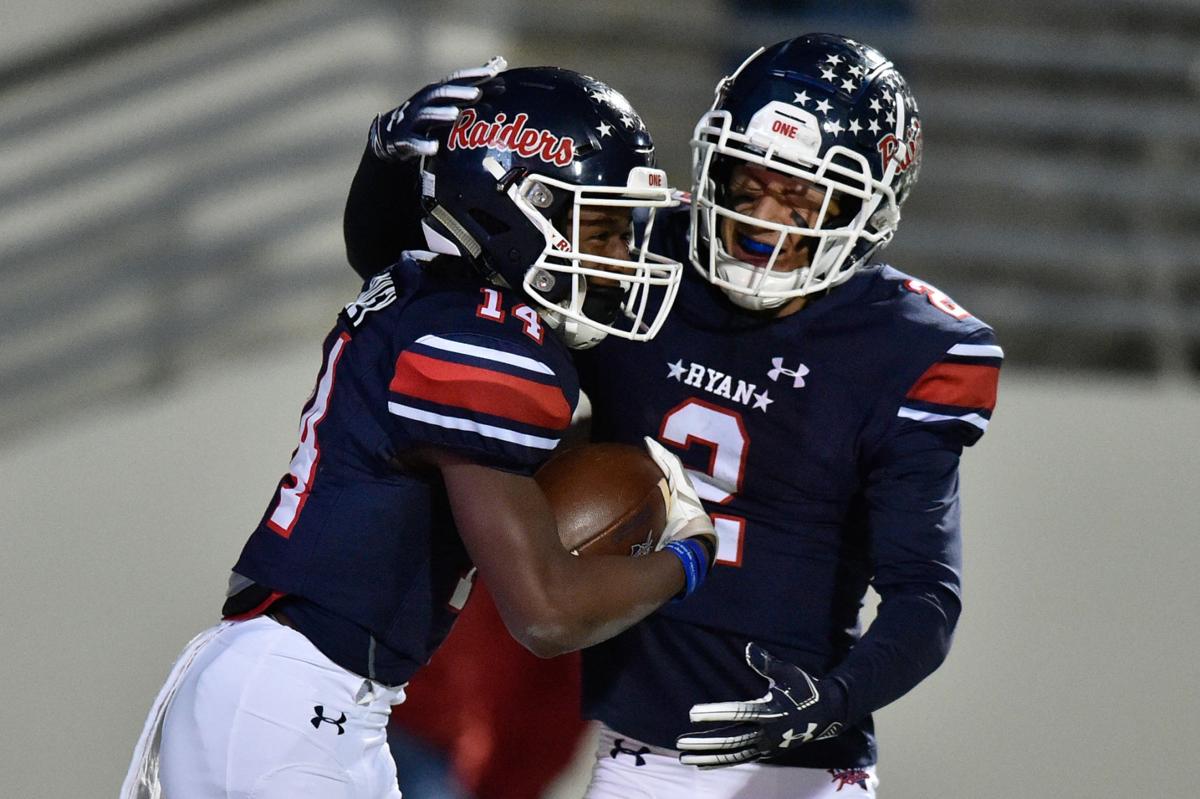 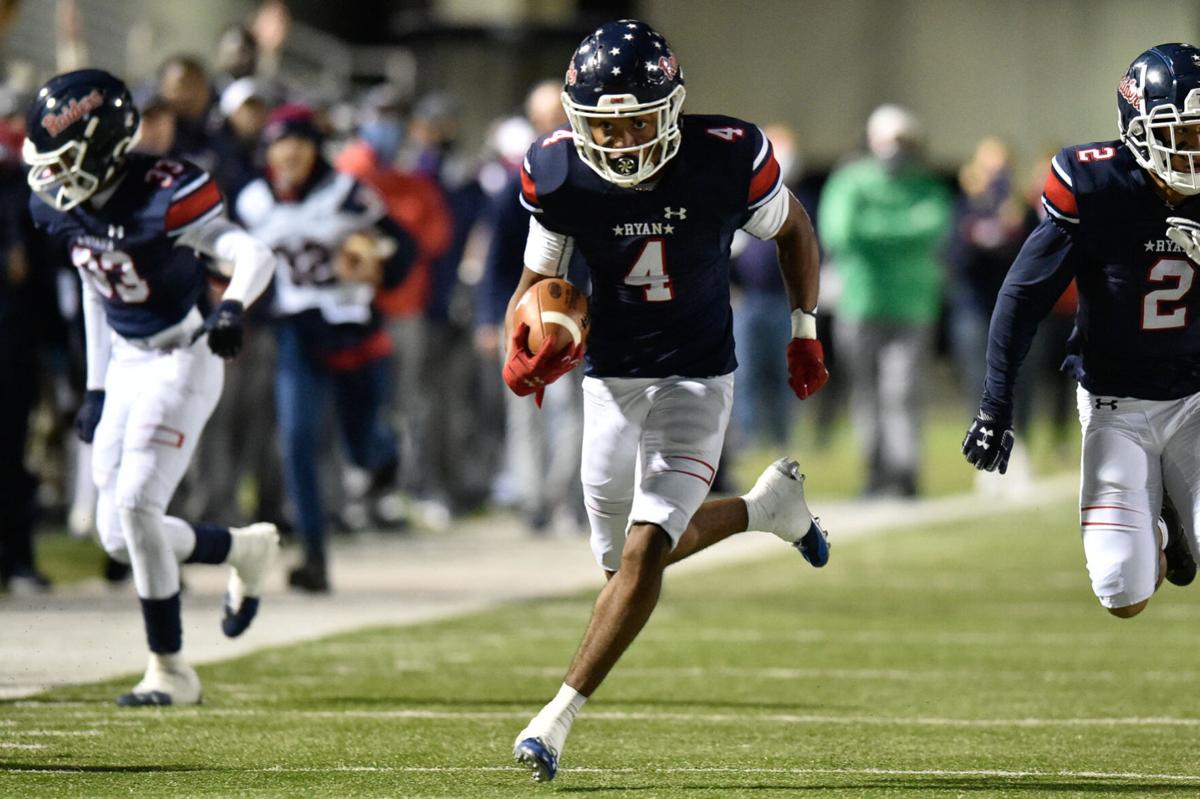 FRISCO — District 5-5A Division I has been a cakewalk thus far for the Ryan Raiders.

The latest was a 68-28 win over Frisco Centennial on Thursday at C.H. Collins Athletic Complex. The Raiders scored 55 first-half points — including two scores in the kicking game and another touchdown off a 30-yard fumble return — and finished with 41 or more points in their third straight game.

“One of my goals for my team, and I talked about it a lot this week, was that we just need to get better,” Ryan coach Dave Henigan said. “We were playing good early in the year, and then hit a lull because of the shutdown. I feel like we got into more of a groove tonight. Our timing and execution was better.

“Basically, we improved. And that was good to see.”

Henigan was referring to his team’s high number of penalties and turnovers over the last two weeks in games that could have been even more lopsided had the Raiders played cleaner on both sides of the ball. They looked crisp on Thursday and left nothing to the imagination while scoring early and often.

After winning the opening coin toss, the Raiders needed just four plays to go 60 yards for the game’s first score. Seth Henigan, who finished the night having completed 12 of his 14 passes for 288 yards and four touchdowns, capped the drive when he found Michael Davis for a 31-yard touchdown.

Ryan scored four more times before the end of that quarter, including a highlight-reel 65-yard punt return by Bowman and a fumble return for another touchdown by Austin Jordan. On that play, Jordan stripped the ball from Centennial running back Jackson Marshall before taking it the other way.

With 3:35 left in the first half, Henigan found Bowman for a wide open 67-yard touchdown pass to extend Ryan’s lead to 49-7. Not even three minutes later, Ty Marsh ripped off a 66-yard kickoff return for another touchdown.

Ryan was playing without running back Ke’Ori Hicks, who was injured in last week’s 41-3 win over Frisco Wakeland. The Raiders still rolled up 588 total yards, 234 on the ground.

Defensively, Ryan was again dominant, holding Centennial to 264 yards, 123 of those in the first half.

“We needed to bounce back from last week. I felt like we had a bunch of mistakes that needed to be cleaned up, particularly on offense,” Seth Henigan said. “I didn’t play particularly good, so I felt like I had to come back and prove myself. We had to play with a championship mentality instead of playing down to our opponents. Billy is a great player; it’s fun having him on offense, and then seeing him score on special teams. We don’t even have to go on the field [offensively].”