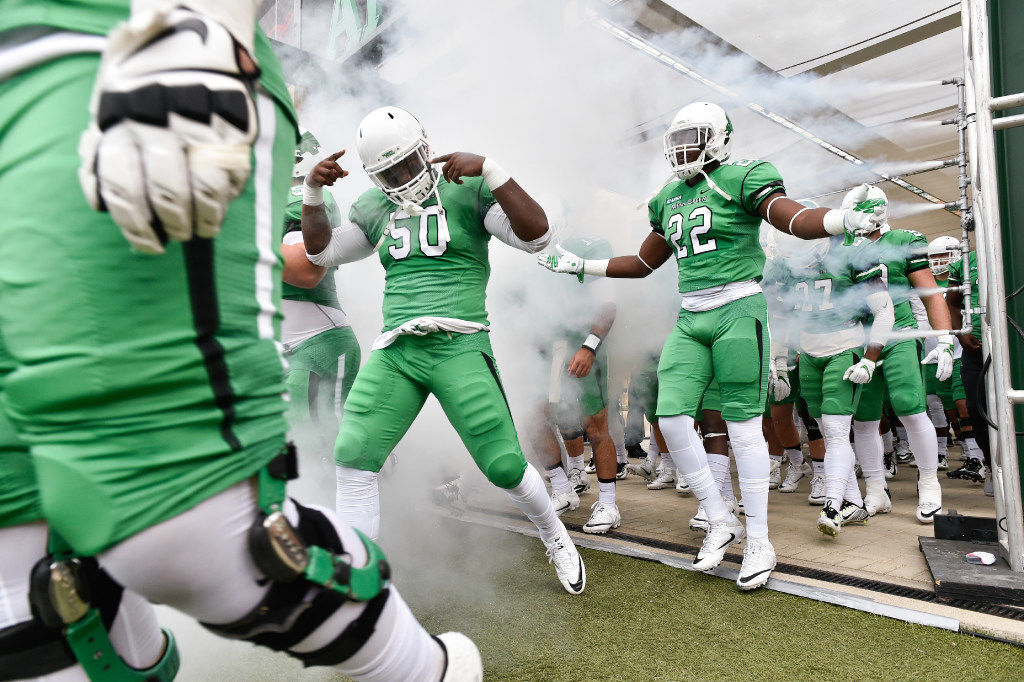 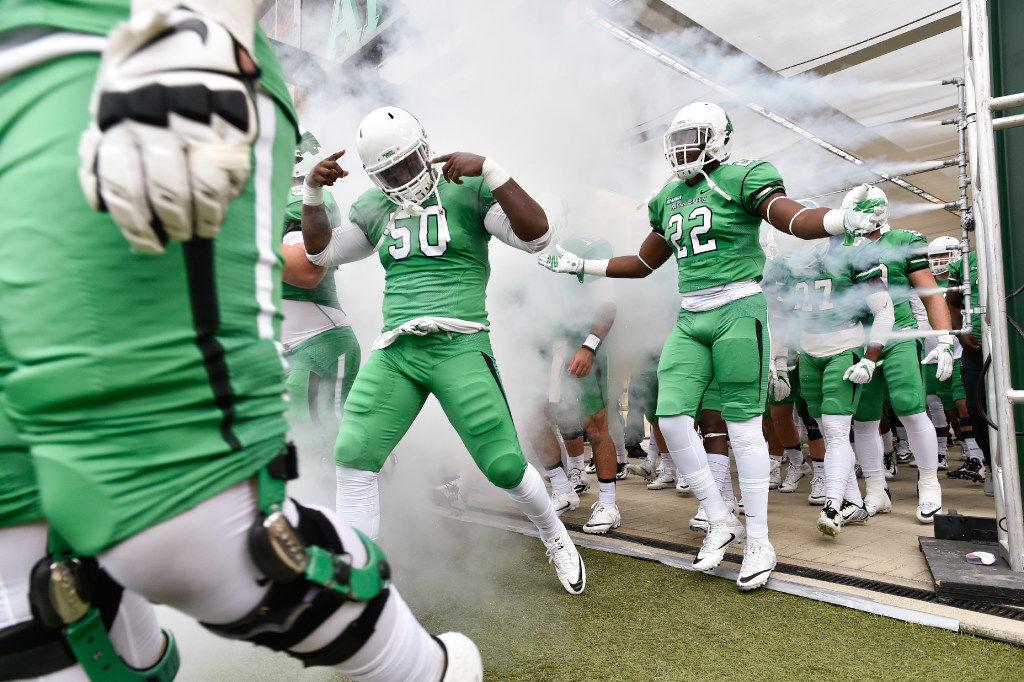 North Texas’ game against Louisiana Tech is back on the Mean Green’s schedule.

The teams will face off on Thursday, Dec. 3, at Apogee Stadium. CBS Sports Network has added the 5 p.m. game to its broadcast schedule.

The teams were set to play on Saturday before a coronavirus outbreak among UNT’s players forced the teams to postpone the game.

The contest is one of two UNT has rescheduled in the last few days. The school postponed its game at UTEP on Oct. 31 due to a spike in coronavirus cases in El Paso. That game has since been rescheduled for Dec. 12 in El Paso.

The Mean Green have not played since beating Middle Tennessee on Oct. 17. Seeing its homecoming game against Louisiana Tech called off was a tough break for UNT.

“We are very disappointed to announce the postponement of our game against Louisiana Tech this weekend,” UNT athletic director Wren Baker said Thursday in a statement. “However, it is necessary in the interest of the health and wellness of our student-athletes, coaches and staff.”

UNT is now set to face five Conference USA West Division opponents on consecutive weeks to cap the regular season, beginning with a game at UAB on Nov. 14.

The slate leaves the Mean Green no wiggle room to adjust their schedule the rest of the season. C-USA pushed its title game back from Dec. 5 to Dec. 18 in the hope its schools would be able to reschedule games that have been postponed for early December.

UNT was scheduled to wrap up the regular season with a game at UTSA on Nov. 28. The Mean Green now have games scheduled in each of the two weeks available between that game and the C-USA title game.

UNT will have to tamp down a run of coronavirus cases among its players that forced it to postpone its game against Louisiana Tech to capitalize on that opportunity.

The school did not state publicly how many players were impacted by the outbreak that forced it to postpone its game against Louisiana Tech. A school source told the Denton Record-Chronicle that the program has 30 players who would have been unavailable to play this weekend due to coronavirus issues in addition to those who would have been out due to injuries. Those issues include active cases and contact tracing.

UNT’s athletics department put in a host of protocols to deal with the pandemic after the school shut down its campus in March. UNT implemented a plan to test its players for the virus and established social distancing measures before its athletes and athletics department staff began returning to campus in June.

That plan paid dividends for UNT, which didn’t have an active coronavirus case in its athletics department after a round of testing that was completed prior to its football team’s loss to Charlotte on Oct. 10.

UNT saw the number of coronavirus cases it is dealing with gradually rise from that point. The school saw its case count spike from three following a round of testing that was completed the week before it was scheduled to face UTEP to 15 in its latest round of tests. Those tests were completed late last week.

UNT has not released its weekly testing figures publicly. A UNT athletic department source provided them to the Record-Chronicle.

UNT coach Seth Littrell has consistently praised the school’s efforts to protect its staff and players in the midst of the pandemic. He also acknowledged the uncertainly surrounding the season during his weekly press conference on Tuesday.

“You’re never guaranteed anything,” Littrell said. “That’s where we’re at this season. We’re doing the best we can as a coaching staff, as players and everyone else around the program to do all the necessary things to make sure we’re healthy and we can control what we can control.”

UNT will continue down that path after its game against Louisiana Tech was rescheduled, setting up a slate of five games in five weeks to end the regular season that leaves no room for error.

North Texas is set to face five Conference USA West Division opponents on consecutive weeks to close the regular season after its game against Louisiana Tech was rescheduled.