Both counts of an improper relationship between a student and an educator leveled against former University of North Texas assistant football coach Tate Wallis have been dismissed.

Lee Ann Breading, judge for the 462nd District Court of Denton County, issued the ruling Wednesday morning, according to documents obtained by the Denton Record-Chronicle.

Both charges stemmed from Wallis’ tenure as an assistant football coach at Argyle High School from 2018 through January 2020, when he left to become UNT’s quarterbacks coach.

UNT placed Wallis on administrative leave after his arrest in September. He resigned less than a week later.

Argyle issued a statement shortly after Wallis was arrested. The statement said the school investigated reports by multiple students of inappropriate behavior by Wallis.

One of the accusers was a manager for Argyle’s football team, according to the arrest affidavit. The affidavit said Wallis began commenting on the manager’s appearance and later touched her buttocks and breasts with his hands.

UNT officials also said they would look into the alleged incidents that occurred during 2018 and 2019.

“I am glad that the evidence has shown that the allegations made against me were not based on facts,” Wallis said in a statement provided to the Denton Record-Chronicle by his attorneys Stephanie Luce Ola and Earl Dobson. “From the very beginning I worked diligently to clear my name and show that these charges were erroneous. I appreciate the effort of my defense counsel and all of the people who supported me while the evidence was reviewed. I look forward to putting this behind me.”

UNT did not hire a quarterbacks coach to replace Wallis in the 2020 season. Head coach Seth Littrell worked with UNT’s quarterbacks along with graduate assistants Quinn Shanbour and Dane Evans.

UNT has since hired Blake Joseph to fill Wallis’ position. The former University of Houston quarterback and high school coach took over as the Mean Green’s quarterbacks coach earlier this year.

Wallis is a longtime assistant football coach who worked at Baylor University and North Forney High School in addition to Argyle prior to joining UNT’s staff.

“We are pleased by the decision of the District Attorney’s Office to drop the charges against Mr. Wallis,” Wallis’ attorneys said in a statement provided to the Record-Chronicle. “With a thorough review of the evidence, it became clear to us that the charges made against Mr. Wallis were not supported with facts. We hope that this can help Mr. Wallis move forward and reclaim his reputation as a respectable member of our community.” 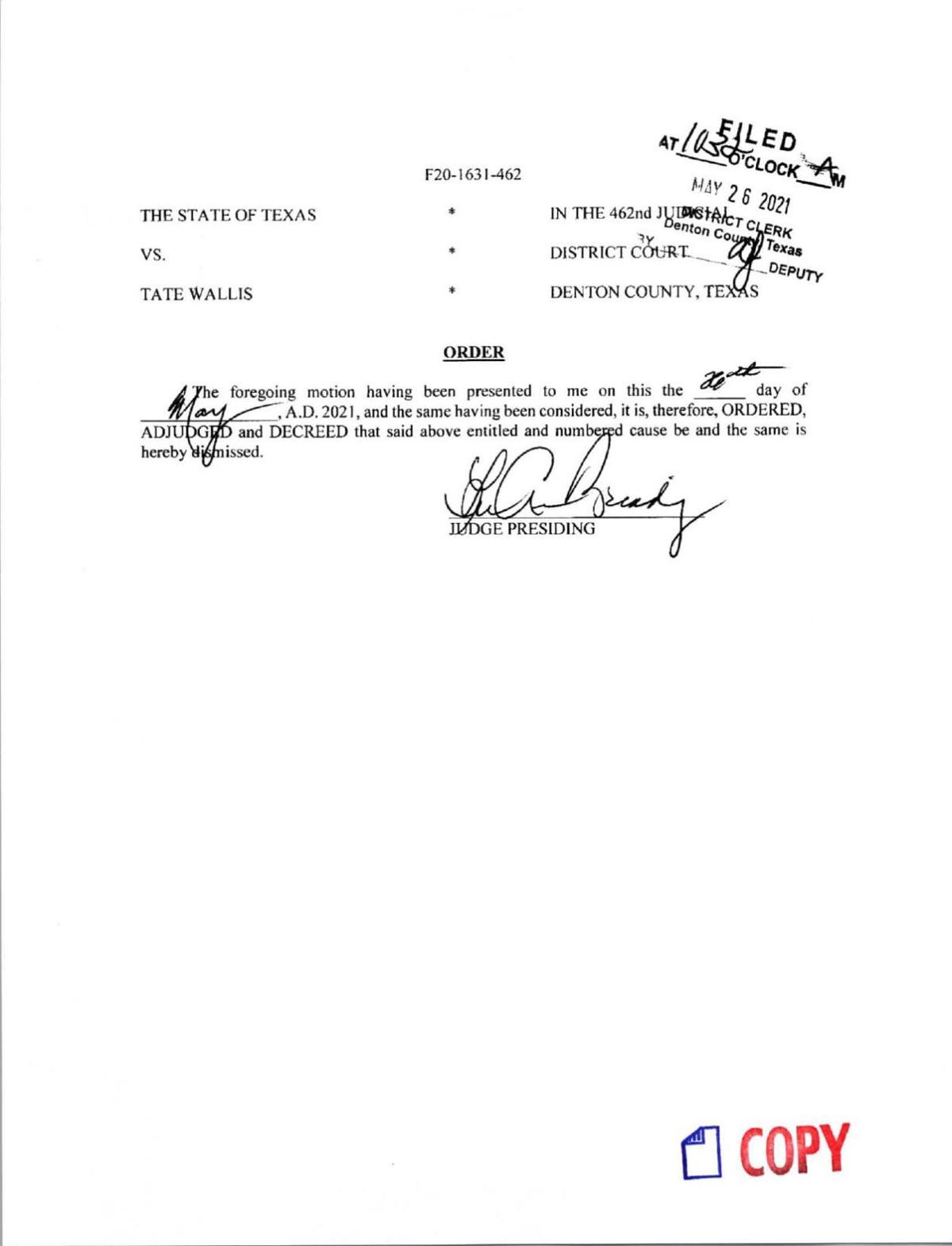