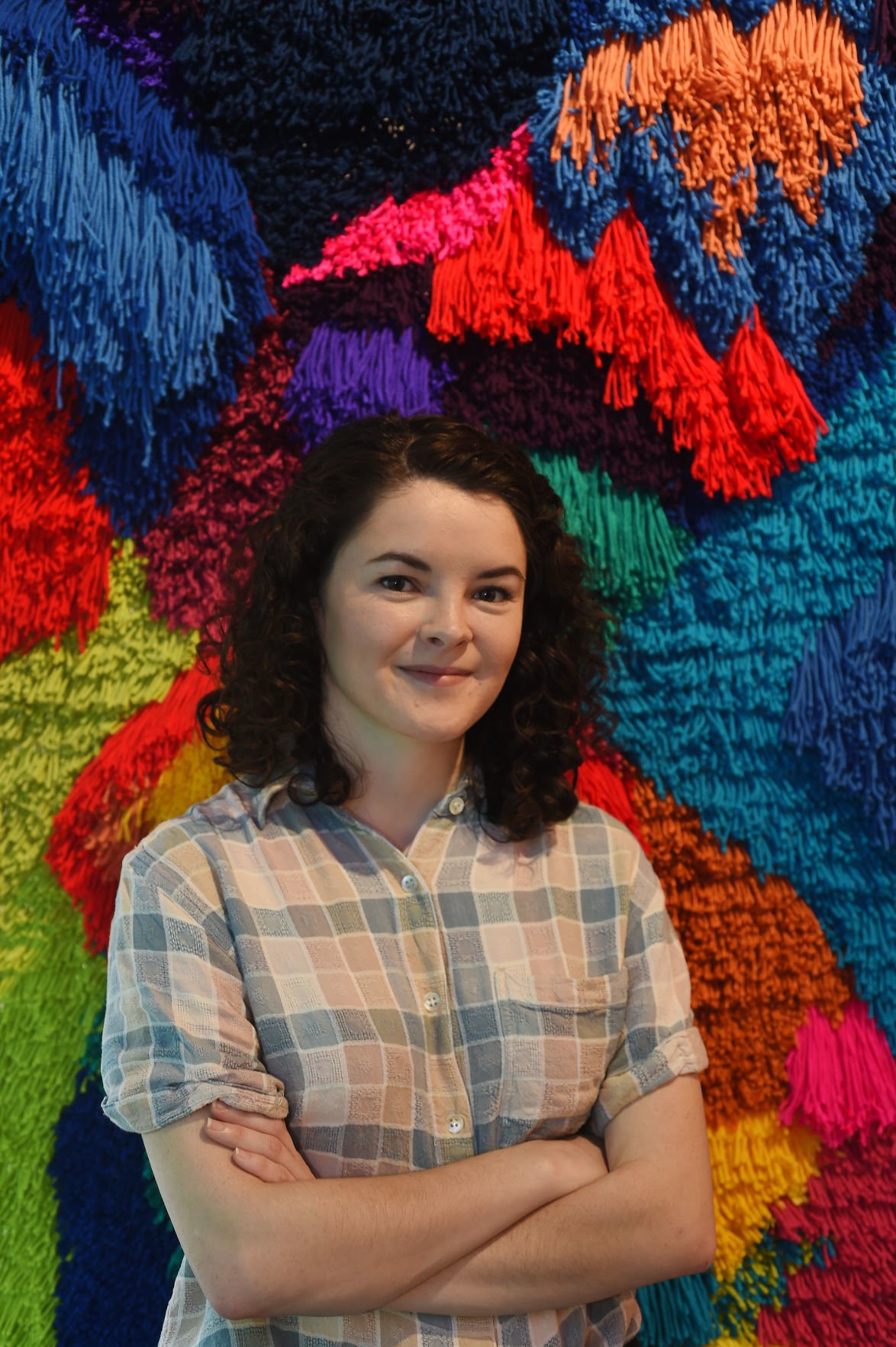 Jackie Lawrence hopes people will take advantage of the texture of her fiber art and enjoy a hands-on experience when viewing her piece at the Sweet Tooth Hotel in Dallas. 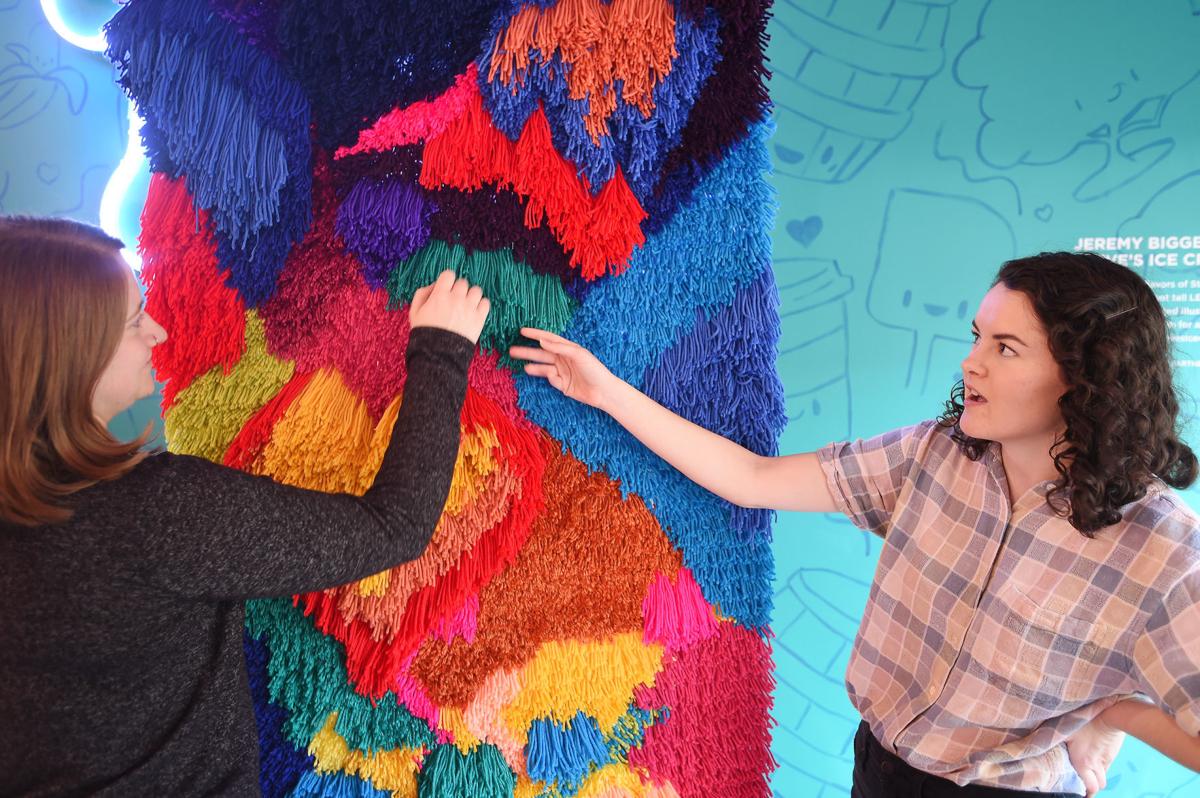 Jackie Lawrence, right, hopes people will take advantage of the texture of her fiber art get hands-on when viewing her piece at the Sweet Tooth Hotel in Dallas. 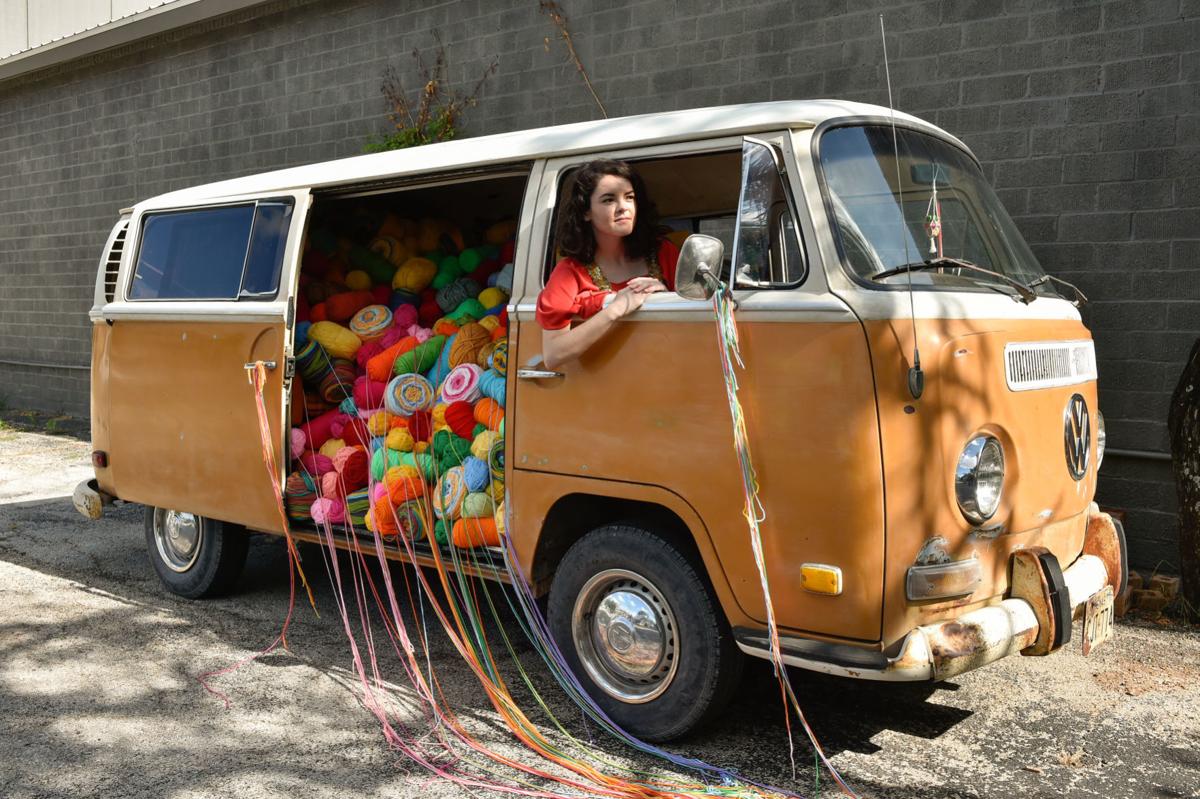 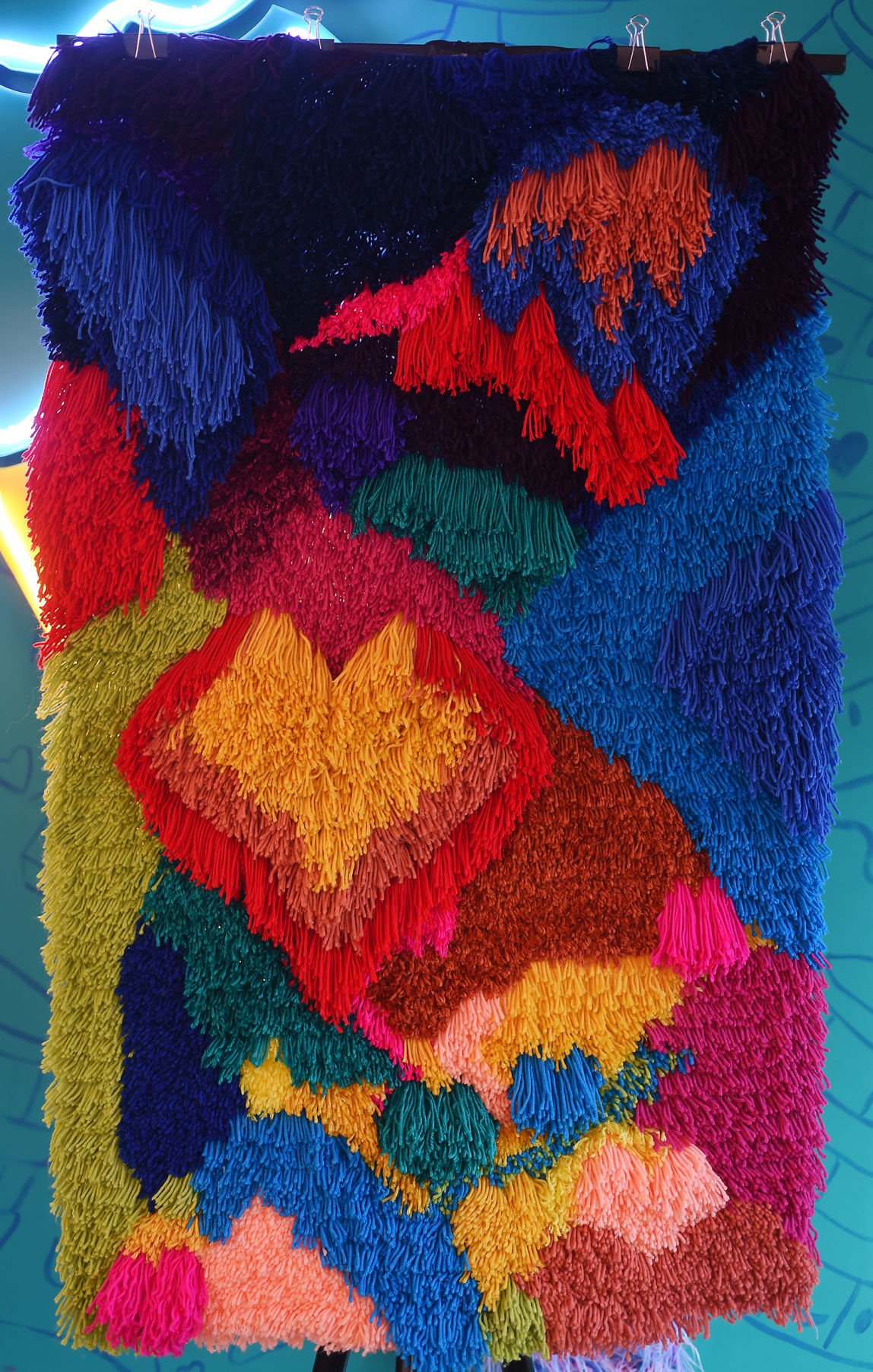 Jackie Lawrence hopes people will take advantage of the texture of her fiber art and enjoy a 'hands on' experience when viewing her piece, pictured here, at the Sweet Tooth Hotel in Dallas.

Denton artist Jackie Lawrence learned to crochet when she was about 14. She didn’t enroll at University of North Texas thinking about her crochet hook or yarn. Instead, she planned to get a degree in graphic design.

Design — with its emphasis on digital technology — didn’t cut it for Lawrence. She was dabbling with embroidery and, as a junior, enrolled in an introductory weaving class in the College of Visual Art and Design.

“I loved it. I felt like that was where I was supposed to be,” Lawrence said. “I just loved everything about the process. I love repetitive, tedious processes. I didn’t get into conceptual weaving until my second year in the program, but I didn’t look back.”

Lawrence is among the last classes to graduate from the UNT fiber arts program, which the college shuttered at the end of the last school year.

Lawrence is also among the youngest fiber artists to make the 2020 fiber arts exhibit titled “Intangible” at the Sweet Tooth Hotel in Dallas. The hotel presents the exhibit in conjunction with the Craft Yarn Council. The council is an association of yarn companies — Red Heart, Lion Brand Yarn and Yarnspirations the biggest among them.

“The Craft Yarn Council really promotes fiber arts, and we’re really passionate about encouraging people to make art with yarn,” said Sarah Guenther-Moore, the council’s public relations coordinator. “We sent a pitch to Sweet Tooth Hotel. It was pretty simple. We thought it would be cool if there was one yarn-themed room at the gallery. We didn’t go into too much detail.”

Guenther-Moore said the Dallas gallery — set off with a pink storefront and a black-and-white striped awning — responded, with a surprise.

“They got back in touch and said they wanted the whole 2020 exhibit to be devoted to yarn and fiber art,” she said. “It was more than we expected, and it was really exciting.”

Sweet Tooth Hotel began as a pop-up gallery. In 2017, it moved into the Victory Park storefront in Dallas. It specializes in playful — and occasionally mind-bending — exhibits. Every show is immersive. Patrons walk into rooms transformed into installations that are perfect for Instagram. And most of the art can be touched. Everything in “Intangible,” which opens in April, will welcome touch. Guenther-Moore said the installation will include a yarn jungle gym, among other inviting works.

Guenther-Moore said the council recommended some of the best fiber artists in the world to Sweet Tooth, and agreed to supply the artists the gallery selected with all the yarn they’d need. Lawrence was on the list of artists the council sent.

“Sarah and I have known each other for a while, so there’s a connection,” Lawrence said.

Guenther-Moore said she was familiar with Lawrence’s art, and she’d recruited Lawrence to appear in photos for the council’s marketing campaigns. But it was Lawrence’s work that made Guenther-Moore add her to the list for the 2020 exhibit.

Lawrence will create several large latch hook pieces. Latch hook is best known as a form of rug making, but latch hook art is versatile, made to be mounted on walls or used for pillows and some garments. In the craft, the artist uses a long hook with a hinged hook. The artist fastens a strand of yarn — the strands can be long or short — to the horizontal strands of a grid canvas. Then, the artist can cut the yarn. Lawrence used warping pegs to wrap longer strands of yarn around. The pegs allowed her to cut longer, shaggier strands.

“I knew I wanted to do something heavy on texture,” Lawrence said. “My original inspiration was a jungle — which might not be obvious when you look at it. But it’s part of the world-building for me. I thought about words you would associate with the jungle. Lush. Soft. The piece is almost topographical.”

Lawrence made a three-foot by five-foot wall hanging. It’s an abstract work made up of colorful yarn in different textures and lengths. A heart shape drifts off center, and patches of yarn suggest shadows and depth as well as peaks and light. There are happy accidents, too. In her design, Lawrence didn’t latch hook every single row of the grid canvas. The empty rows allow light to stream through the back of the piece, giving it a certain sparkle.

The following fiber artists will have work in the 2020 exhibit 'Intangible' at Sweet Tooth Hotel in Dallas in April:

What: "Intangible," an installation of fiber art using yarn

When: The exhibit opens in April