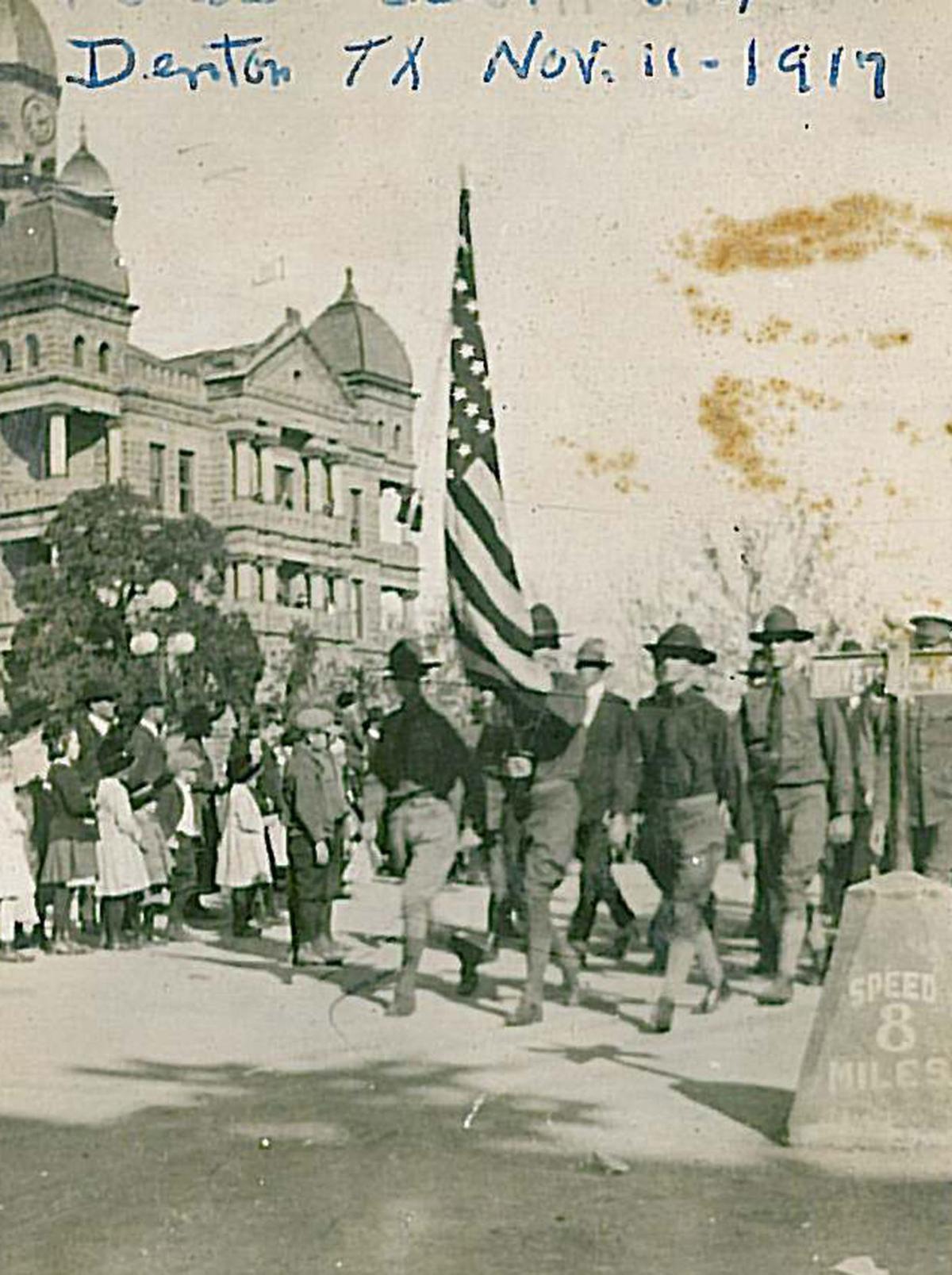 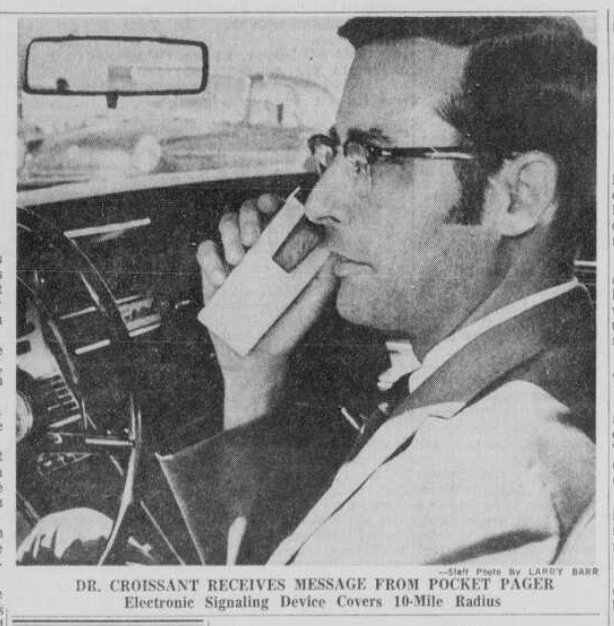 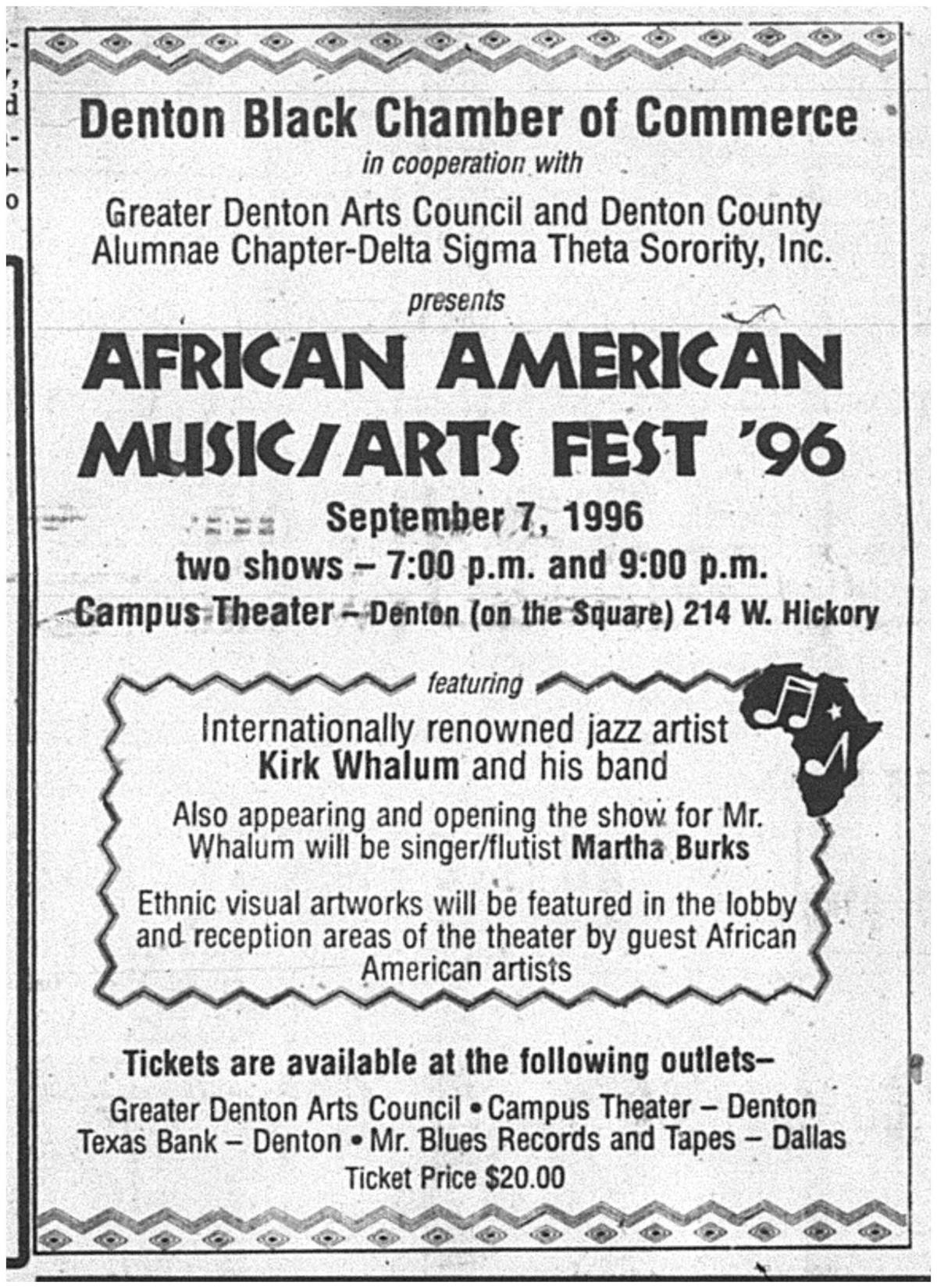 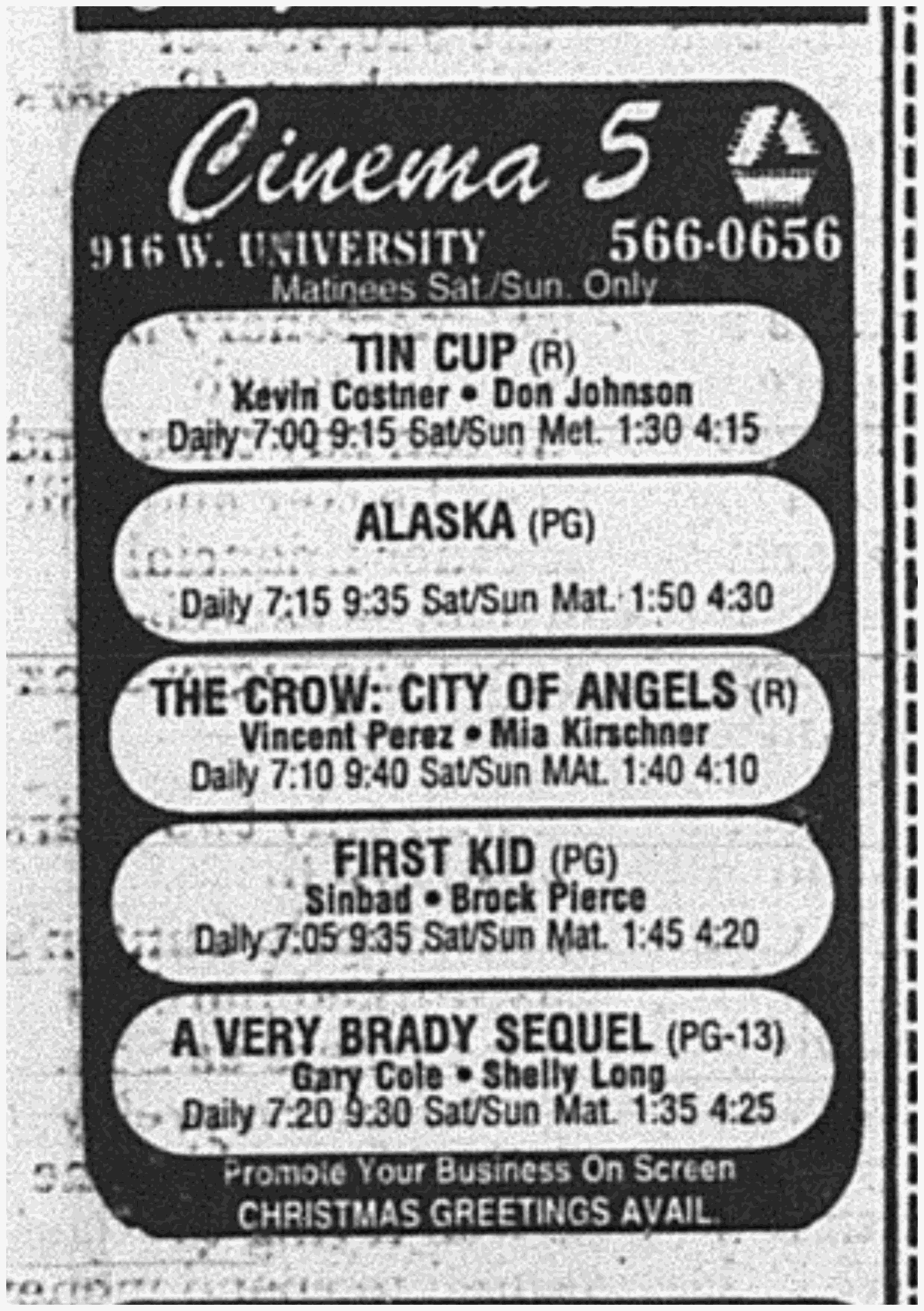 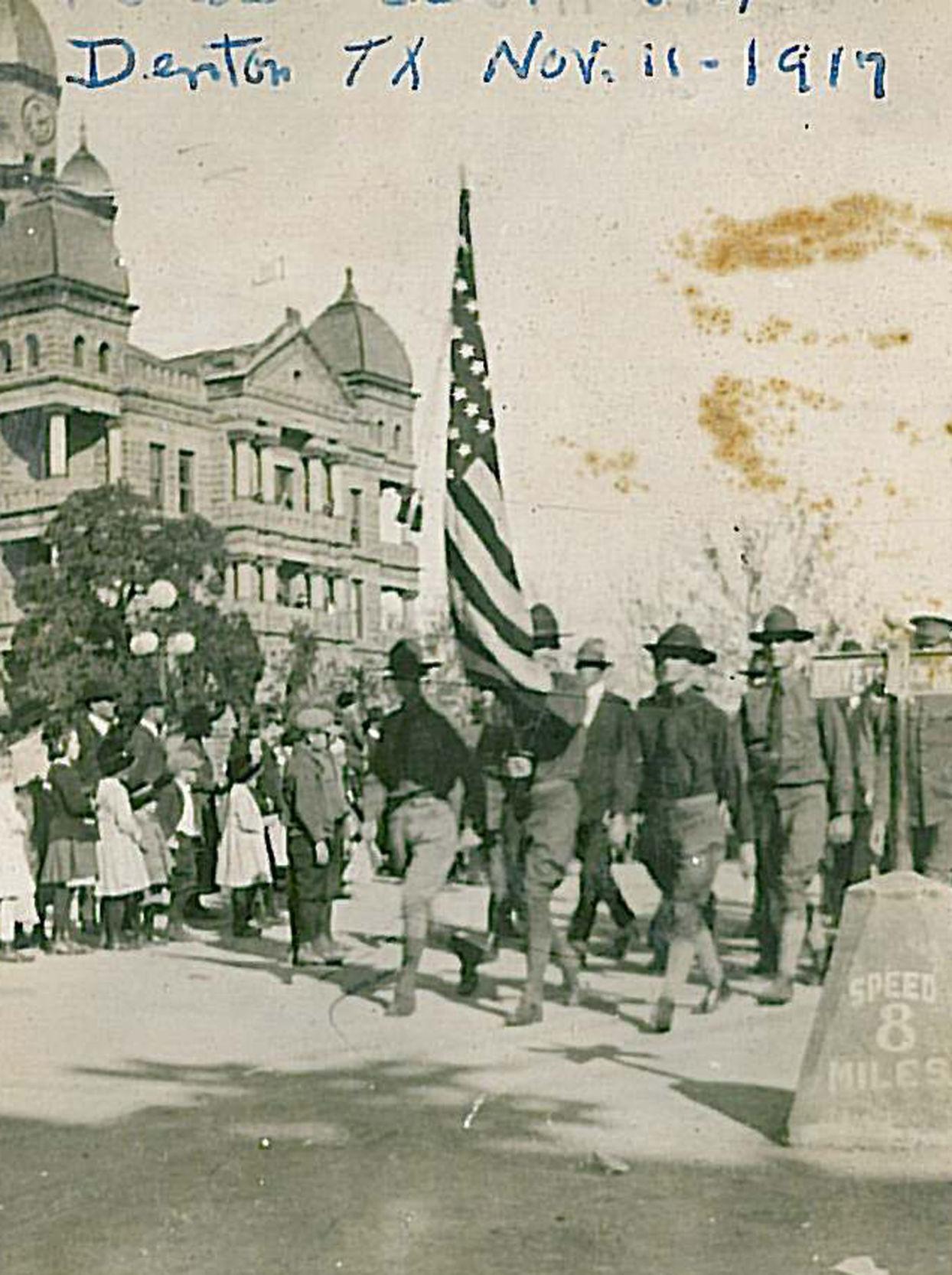 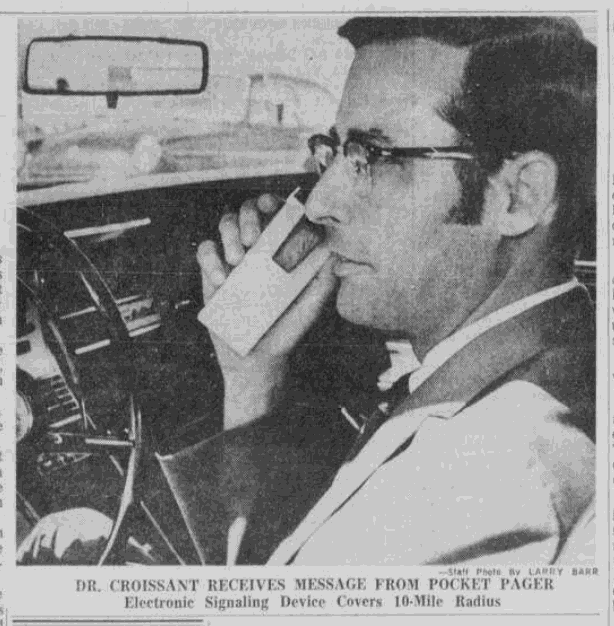 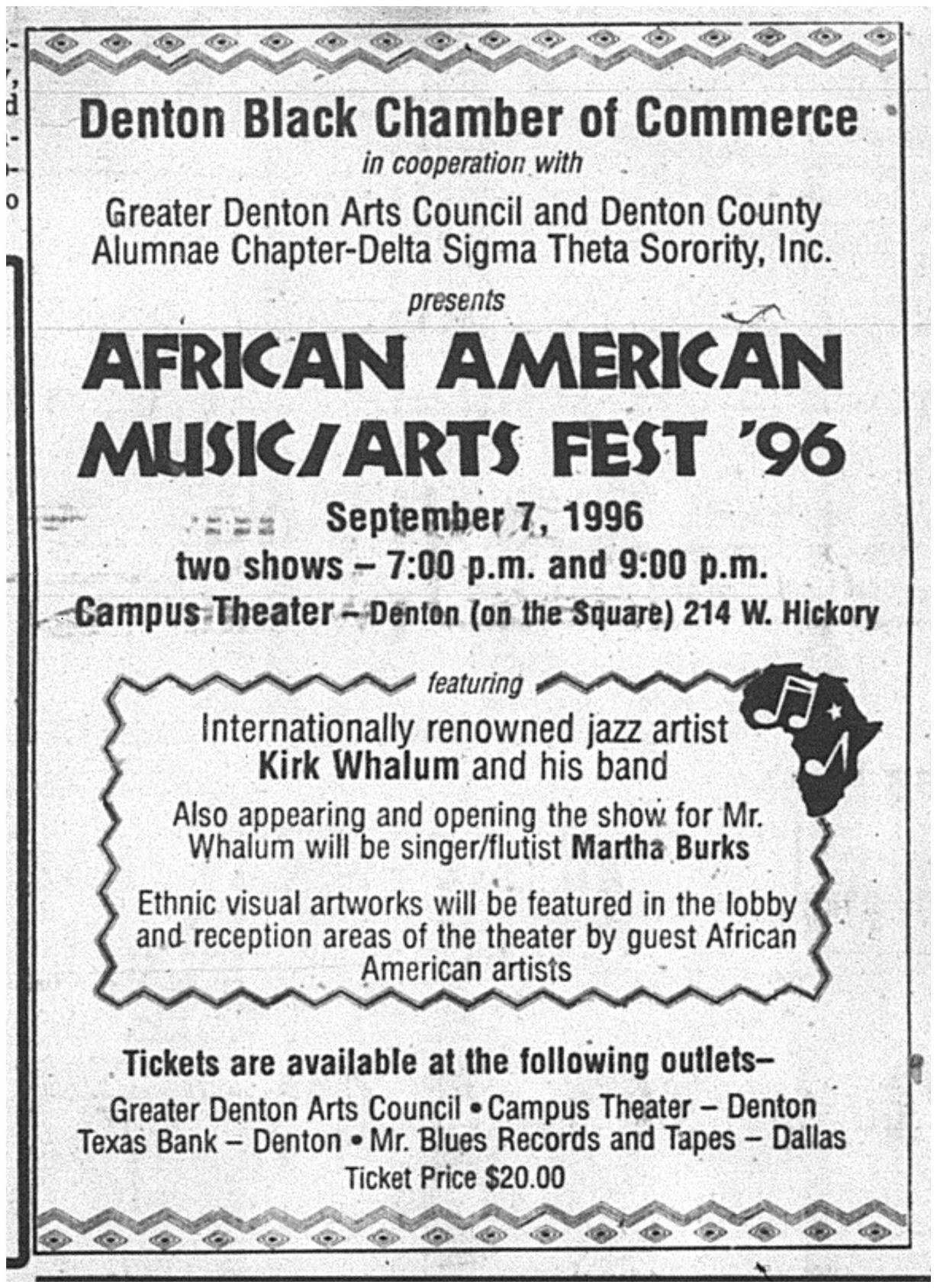 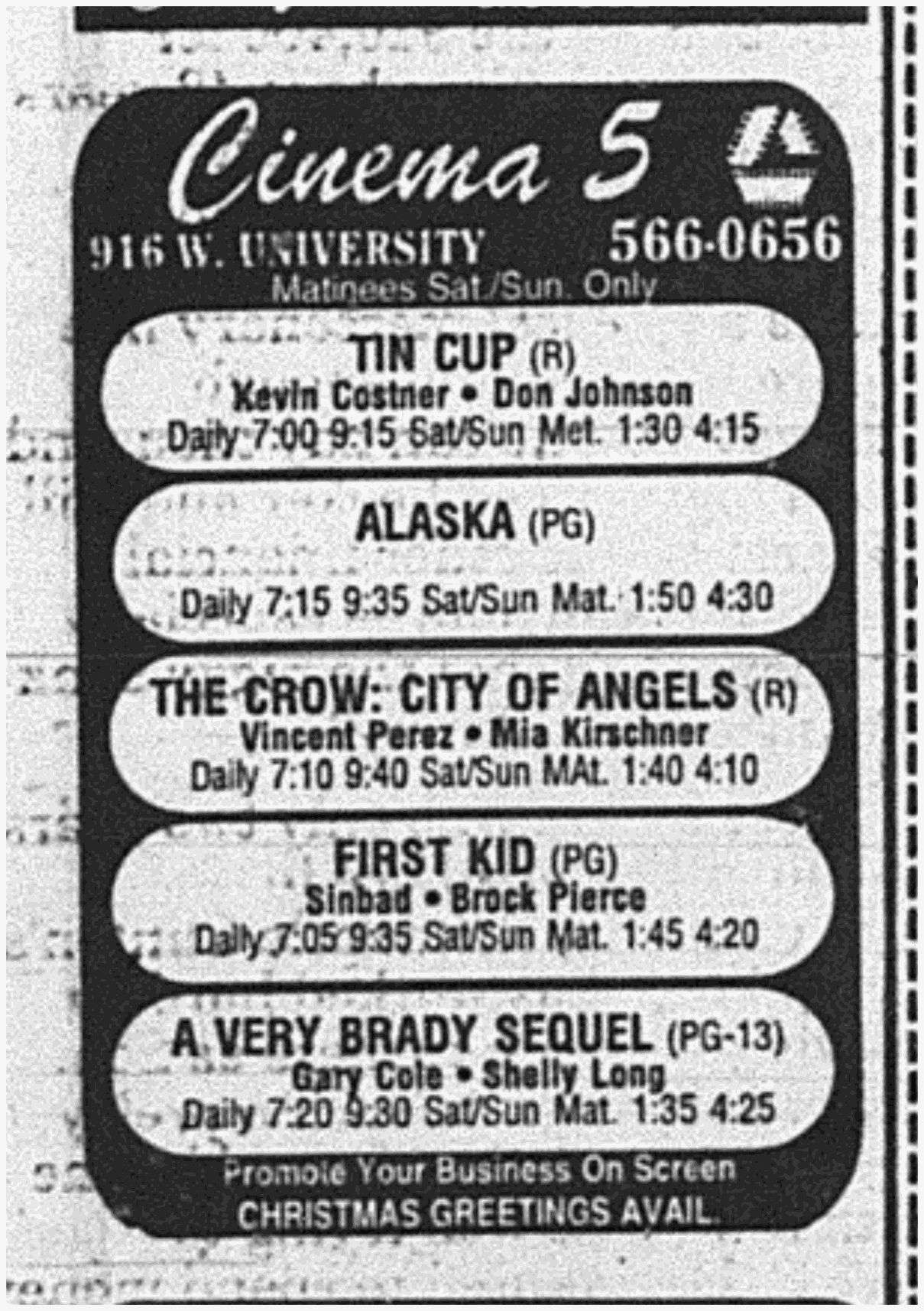 Denton continues to need a well-planned, thoroughly enforced traffic ordinance. And it might be remarked in passing that the painted circles at the corner of the square are falling short of functioning satisfactorily, since they are not visible until a driver gets atop of them and since the wooden boxes placed in centers can’t stand up after one collision.

For Sale at Bargain Prices.

New 50-Pound White Cambric Flour Bags which have not been used.

City Marshal Jack Shepherd today reminded Denton motorists of the increasing traffic hazards in the city as the result of the reopening of schools.

Shepherd said that drivers must exercise caution when in the vicinity of schools, particularly elementary schools where children as young as five years old are enrolled. Safety patrols will be operated by those schools this year, Shepherd stated, and drivers are urged to cooperate with the youthful safety officers.

An increased amount of traffic around the college campuses is expected. Shepherd said, and students bringing their cars to school will be expected to drive in accordance with Denton regulations. Drivers are expected to follow speed limits marked in the center of streets, especially the 20-mile-per-hour zones around school campuses, Shepherd warned.

Pointing out that there already have been two traffic fatalities within the city this year and several accidents causing serious injury to pedestrians, Shepherd urged full cooperation of Denton motorists in preventing further additions to this toll of lives and injuries.

A group of Denton doctors carry around in their pockets an electronic signaling gadget that would make even two-way wrist radio-man Tracy beam approval.

The device, called a Multitone pocket pager, intones a loud, continuous beeping sound when the doctor is needed.

“Its value lies in the fact that it gives us the freedom to come and go when we please and still keep contact with our patients,” he stated.

Central transmitting station for the pocket pager is at Flow Memorial Hospital switchboard.

From there, when one of the beeper-carrying doctors is needed, the switchboard operator pushes a button and the doctor’s pager beeps.

“The beep tone is coded for each individual doctor,” Dr. Croissant said.

The doctor answers his beep by pushing a button on his pager, then listens to his message.

“The device is made for one-way transmission only,” Dr. Croissant said. “We can hear, but we can’t speak back.”

The pager is always left on, Dr. Croissant said, and sometimes it’s a bit embarrassing.

“I’ve had beeps in the middle of church in prayer, in the movies and other places,” Dr. Croissant said. “People hear it and whisper, ‘What’s that noise?’ It can be troublesome.”

Dr. Charles McAdams, another pager-packing doctor, had a little fun with his beeper at the theater recently.

“I was watching some James Bond movie, and 007 was lying in a boat with a beautiful girl when his signaling device began to beep,” he said. “At the same time, so did mine. The audience must have been really confused.”

Doctors McAdams and Croissant are part of an aggregate of 20 Denton M.D.’s with the Multitone pagers. Another group of doctors carry the Motorola Page Boy, a larger device worn on a belt.

“We’ve been very happy with it,” Dr. Croissant noted. “It gives us a great deal of freedom. We can go to a ball game, go shopping or anyplace for a short time. The longer times are taken care, you can be reached. The pocket pager takes care of the short trips.”

The pocket pager carries a 10-mile beeper radius while the larger Motorola has a larger radius.

“No matter where we are inside the device’s radius, we can be reached,” Dr. Croissant said.

Since the M.D.’s first bought the pager at their own expense two years ago, the novelty has worn off.

“At first we all got a real big charge out of it,” Dr. Croissant remembered, “I always felt like the ‘Man From UNCLE’ and wanted to say, ‘Open channel D’.”

Old bridges are an endangered species

The water flowing down Hickory Creek is calm, but the old bridge overhead is in troubled waters.

The state has condemned the Tom Cole Road bridge and two other Denton County wood-and-iron bridges, saying the structures are too old and must be replaced. The condemnations are part of a statewide effort to replace aging infrastructure before wear makes them unsafe.

Two Denton women, both members of the Denton County Historical Commission, are leading the fight to keep bridges intact.

“We’ve got these old bridges that are just beautiful, with the big old pecan trees growing by them that are clear to the sky. We don’t need to chop them up and throw them away,” said Mildred Hawk, who, with Delores Meador, is working on ways to protect the bridges.

But Denton County leaders don’t have much choice. The bridges have to go, says the state. Replacing the three next year with low concrete crossings will cost $970,000, of which the county will pay $97,000. The rest is being funded through federal and state sources.

Jack Wagner, director of the county’s road and bridge department, agreed that the bridges should be replaced.

Heavy construction and farm equipment must avoid many of the old bridges, sometimes taking alternative routes with 20-minute delays or more, Mr. Wagner said. With development in full bloom in Denton County, heavy construction equipment on the back roads will be more common, he said.

At the Tom Cole bridge, just east of Denton Municipal Airport, two five-ton-limit signs are shaded by trees that line the paved roads. The bridge itself is wooden planks between gridworks of iron.

The bridge has seen a lot of wear. The iron is solid but rusted; some of the struts, about 15 feet above the creek bed, are marked in black paint with a horizontal line and the word “water” — possibly a reference to some great flood.

Several other old Denton County wood-and-iron bridges have already been felled by the state’s order, replaced by sturdy but austere concrete crossings.

Beyond the three slated to be replaced next year — at Tom Cole, North County Line and Plainview roads, there are at least another 13 old wood-and-iron bridges in the county, some over a century old, Mrs. Meador said.

Saving the bridges from destruction is a tall order, however.

Mr. Wagner said he’s sorry to see the bridges go, but “we have to keep up with the times.” What becomes of the old bridge is up to the county’s elected officials, he says.

“I’m sort of sick we have to do this,” says County Commissioner Don Hill, who represents the district that contains the three bridges slated for destruction. “I’ve basically committed … to do everything in our power to save these bridges.”

One way to save them is to move them, maybe making them a part of a park, an idea Mrs. Meador and Mrs. Hawk are willing to accept. But that’s not cheap, either. The women have suggested the county enact an “adopt-a-bridge” program so companies and groups protect the bridges.

“You don’t just pick up and move a bridge,” Mr. Wagner said. “You dismantle it and put it back together. It’s a labor-intensive job.” Commissioner Hill says. “I’m amenable to anything the county can afford.”

Historical advocates have managed to save one old bridge — the Old Alton Road Bridge north of Copper Canyon — by having it designated a historical marker, something that takes a lengthy application process.

Mr. Wagner is sure most of the old bridges will have to go someday, as well.

“Sooner or later, all things have to be replaced,” he said. Just like humans, they wear out and die.”

LESLIE COUTURE can be reached at 940-349-8762 or leslie.couture@cityofdenton.com.