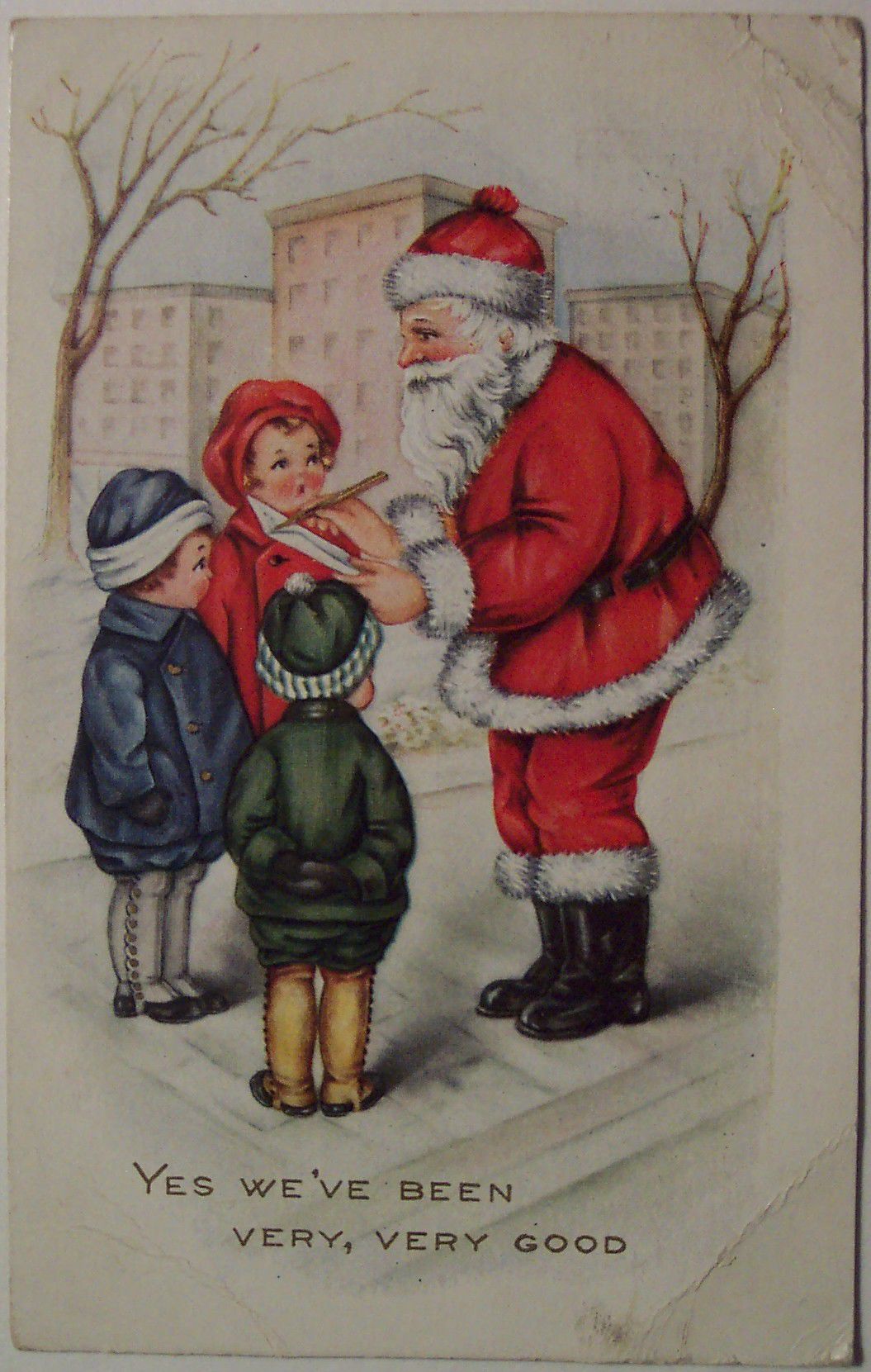 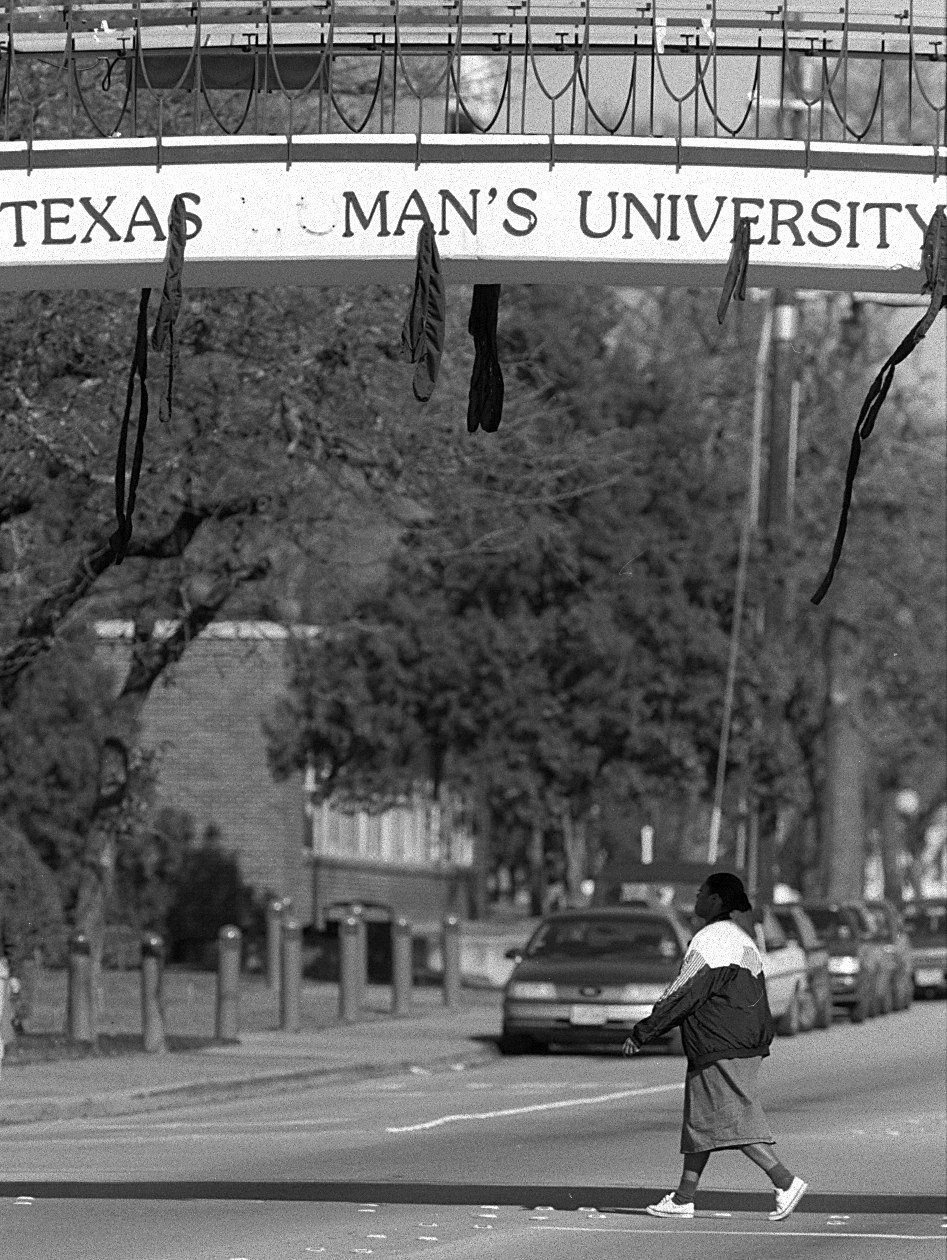 Black streamers hang from Texas Woman’s University bridge — which had its “W” and “O” stolen — on Dec. 18, 1994, from after the regents voted to make the university coed.

Black streamers hang from Texas Woman’s University bridge — which had its “W” and “O” stolen — on Dec. 18, 1994, from after the regents voted to make the university coed.

The students at the College for Industrial Arts determined to stand by their resolve to boycott the service cars that take the girls to the rail depot after rates were increased by the service car companies. Numbers of students have expressed themselves as willing to walk to the station rather than pay the prices charged after the rate was increased to 50 cents.

Miss Elizabeth Fraley, a member of the Students Council at the college, said that students leaving for the Christmas holidays have secured a number of private cars and trucks to enable them to reach the station in comfort and with satisfaction.

Proprietors of local service car stations have been asked for a statement in connection with the matter, but none has been made for publication.

Dear Santa Claus — I have been a good girl and now I want you to be good to me. Bring me anything you think would please a little girl seven years old. Please don’t forget my brothers. We live at 127 North Locust Street. Mary Elizabeth Rucker

Dear Santa Claus — Please bring me a bridle, saddle, saddle blanket, the rope and a good riding whip. If you have a real baby deer, tie him to the rope and I will feed and drive him. I want a little truck, too, and a bicycle, please. I’m good. Don’t forget Herbert. Dick Harris

Dear Santa Claus — Please bring me a doll buggy, a sleepy doll or one like Mary Jane that they have up at the Model Training school kindergarten. Also a little tee-nincy dresser to keep tin foil and money in and a little doll sewing machine, a stove, a little set of dishes and something to cook in. And a little table and little chairs and that’s all. Isabel Edwards

Dear Santa Claus — I live on the McKinney road out east of town, but you can get here, all right. I am a good little boy and I want you to bring me a pop gun. Jack Brooks

As Christmas approaches Denton this year nearly 3,000 families will observe the holiday with a marked seriousness caused by vacant places left in every family’s table by the sons and a few daughters now serving away from home in the armed services.

Miss Virginia Hicks, director of the Denton USO Center, appealed to families asking them to take other servicemen into their homes for Christmas dinner. Soldiers from Camp Howze at Gainesville are to be given passes till late Monday, she said.

Residents who do not have loved ones in the service should also be especially anxious to help take care of these other men, she said. “It is as little as we can do to hold up the morale on the home front.”

People who want soldier guests may telephone the USO Center at No. 225 or may drive by the center and pick up men there.

All the books at the Denton County Library at the courthouse escaped damage when fire was found in a storeroom in the center of the courthouse at 3:15 Tuesday morning. Mrs. O.L. Fowler, librarian, said the only damage to the library was that some of the windows and the door were broken in order that the firemen might enter to extinguish the blaze.

The fire was in an old storeroom and some articles and some books which had been donated but not yet catalogued were burned, as were files of the Denton Record-Chronicle which the library was saving. It is believed the blaze was started by rats or possibly from an electric wire “short” in that part of the building.

Uncensored newspapers, color television and high school educations for all who want them. All are common and, in many cases, taken for granted in this free nation.

But to 18-year-old Nguyen Van Tu, a Vietnamese sailor in the United States on a training program for his government, these “standard things” are enough to open his eyes widely in awe. Tu was with Randy Cole of Denver City, Texas, and the pair were visiting Cole’s relatives in the Denton area for the holidays.

He is part of President Nixon’s “Vietnamization” of the war whereby Vietnamese are being trained to eventually take over all the fighting of the war in place of the United States.

Almost everything here is new to Tu, but several things especially impressed him:

One by one, the students and faculty passionately pleaded with Texas Woman’s University regents to preserve the institution’s original mission and not open its programs completely to men.

But in the end, they wept.

In a move to avoid potential litigation and political and business pressures, the TWU Board of Regents voted 7-1 to revamp the admission policy of the nation’s largest public university primarily for women.

From now on men will be allowed to participate in all programs offered by the university.

The new policy will take effect immediately, and it set off a furor of protest on the TWU campus.

An angry group of students, alumni and faculty blanketed the free speech area of the Student Center, waving signs bearing slogans: “Better Dead Than Co-ed” and “W Stands for Women.”

Like Marine generals storming off to war, campus leaders vowed to fight to the bitter end. After a noon rally, they staged a sit-in at the admissions office, vowing to keep any male from enrolling that day.

Speakers accused the regents of bowing to the pressure caused by Steve Serling, a Denton County resident who challenged the school’s admission policy.

A beleaguered Dr. Carol Surles urged angry students and concerned faculty members to lay down their arms and rally around the university. In spite of the protests, Surles said she is convinced the board won’t rescind its decision.

Dear Santa, How are you doing? I am doing jest fine! Is it hard to make toys? Well, it’s really hard to clean them up! All I want for Christmas is roller blades, a go cart and a Sega Genesis. And a new Toyota Camry for Mrs. Mullins. Stephen Thomason

Dear Santa, if you get stuck in the chimney, will you gently push the boom box your bringing me under my tree. Crystal